Our Week - Starting with an FCC Picnic 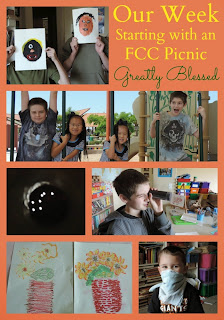 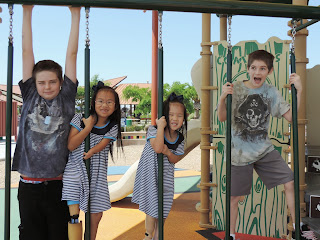 Our local chapter of Families with Children from China (FCC) has events a couple times a year, and this one was right in our own back yard. 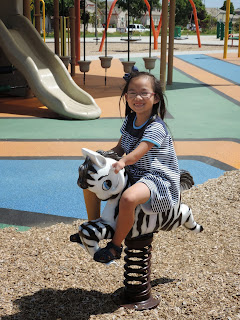 We had a nice potluck picnic at the park. 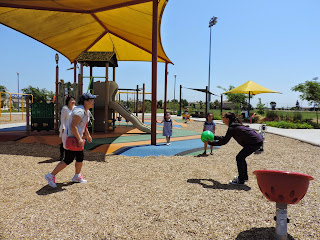 One of the moms brought along a couple of ladies from China, which was nice. 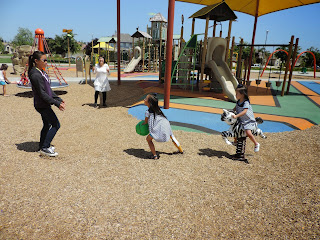 They got a rousing game of catch going, which Hannah did surprisingly well at. 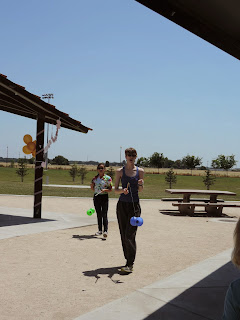 One of the families brought a couple of Chinese yoyos, which made me wish that Brianna had come.  (She was performing with the school band for their Beauty and the Beast musical.)  Bri is the only one of my kids who can "do" Chinese yoyo. 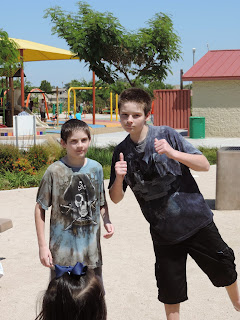 There is a water feature at this park, and despite it not being very warm that day, both the boys ended up soaking wet when it was time to go home. 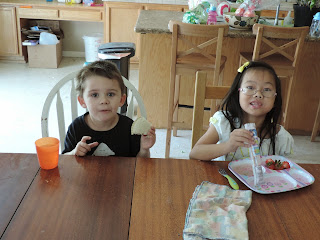 We're enjoying having Brayden here a couple days a week. 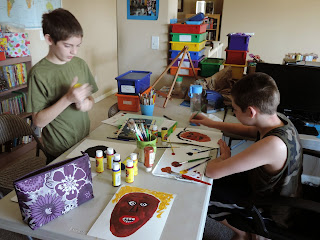 This week, we learned about Native Americans of North America.  It was a pretty light skim, as there's so much to learn! 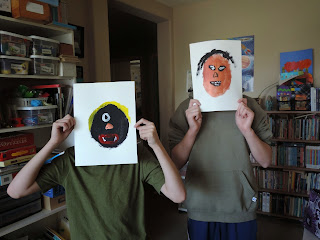 These are our Iroquois False Face Masks, which were used to scare away sickness. 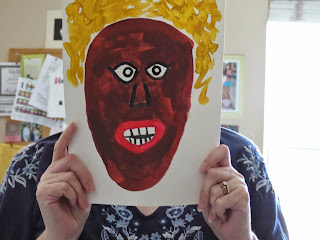 Some of them had grassy "hair" which is what I was trying for with my wild squiggles up at the top. 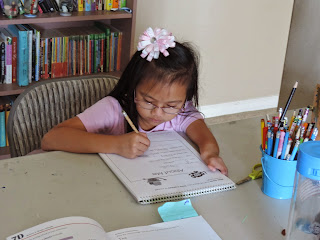 I had such grand ideas that we'd incorporate Hannah into our daily schoolwork while she is home with us.  The reality is, Hannah and Katie spend a lot of time playing.  --Which is fine, but not quite what I had envisioned. 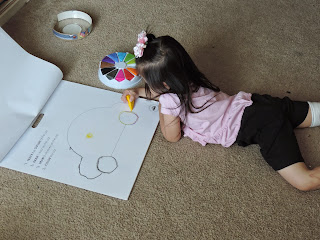 They do join us in the school room from time to time, and work on their Fundanoodle books, and other "schoolish" activities. 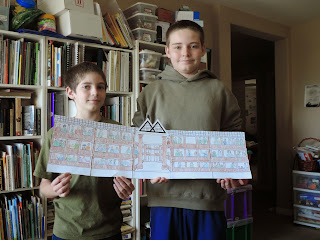 We read a summary of Shakespeare's Macbeth this week.  This is the Globe Theater project from My Father's World.  They couldn't decide if it should be folded with the people on the inside or the outside, since it's not printed on both sides.  So we left it open. 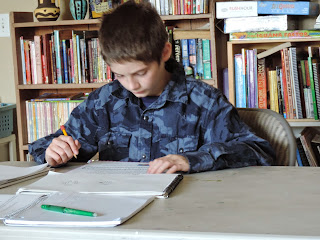 I have to share my joy about Jack.  He got an 80% on a spelling test this week!  Jack is a deplorable speller, and has struggled with reading.  After finishing his Spelling You See book for this year, I put him in a Word Building PACE that we had left over from when we were workbook homeschoolers.  Jack is the age of a 5th grader, but just finished second grade SYS.  The PACE I put him in is at the 3rd grade level.

At the beginning of the PACE, I gave him a "pretest" of the first column of words for that PACE.  (About 25% of the total words covered.)  He got every single one of them wrong.  After completing the PACE, he scored 80% on the test!  I'm so delighted for him.  I feel like progress has been agonizingly slow with his reading and spelling, but I'm seeing progress. 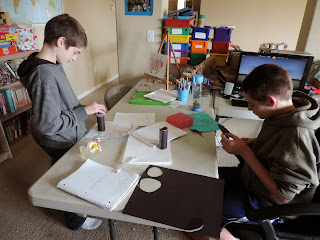 In astronomy this week, we learned about stars. 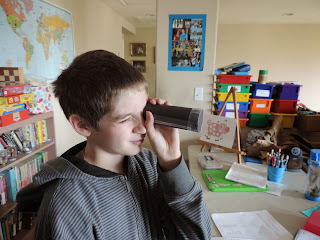 I remembered an old project we used to do from our workbook school days, so we made little star gazers.  It's an empty toilet paper tube, covered in construction paper, with a "cap" of construction paper on one end.  We used a sewing pin to poke holes in the caps in the shape of a constellation. 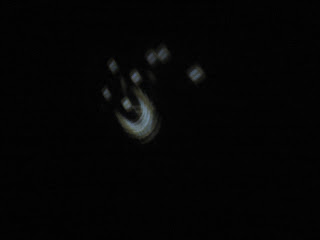 This is the image shined onto a wall by putting a flashlight inside. 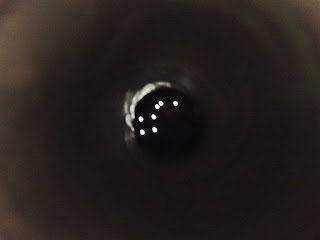 And this is what you see when you look inside facing a light of some sort (this is a window). 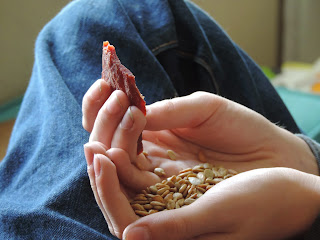 In honor of our Native American studies this week, snack was sunflower seeds and beef jerky, since sunflowers are native to North America and were eaten by the Indians, along with dried strips of meat. 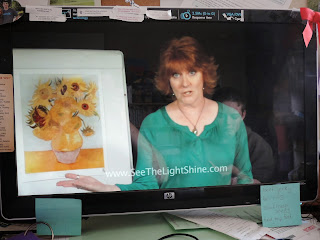 To continue our sunflower theme, we watched the first two lessons of Sunflowers from the Art Projects line of See The Light. 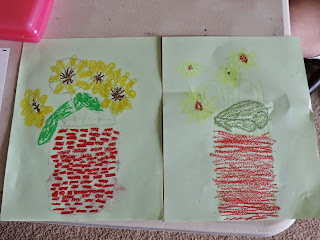 At the end of lesson one 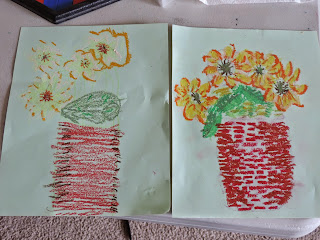 And at the end of lesson two.  I look forward to seeing the finished results after the next two lessons next week. 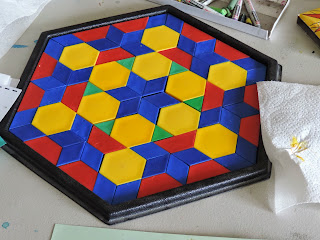 Katie left the pattern blocks out, so Jack was playing with them and made this neat pattern.

We've got one last week of regular curriculum left, but with a couple of outings planned, we likely won't finish it next week.

Linking up with Life at Rossmont and: