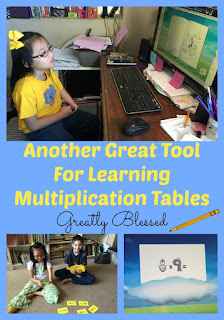 My kids have always hated learning multiplication.  All of them, from the ones who are grown ups now on down, it has always been a challenge and a struggle, so I was a little nervous about agreeing to review Times Tales from The Trigger Memory Co.

The Times Tales program is made up of 2 movies and some supplemental printable materials.  We received the digital download version, but it is also available on CD. 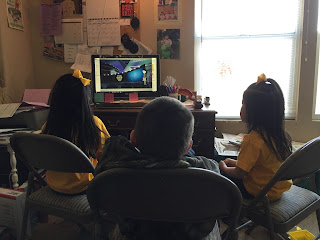 Now, my chief testers for this product were going to be Jack, who is 11, and Hannah, who is 8.  However, things have a way of turning into a group activity around here, so Katie, who is just 5 years old, ended up sitting in on watching the movies, too. 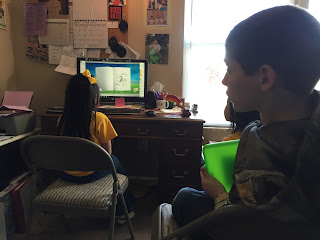 There are several different sections to the interactive movie, and if, at any point, you're not getting it, you're instructed to go back and re-watch what you missed.  But it's pretty simple, really.  The program makes pictures out of numbers, and then immerses those pictures in stories that are easy to remember. 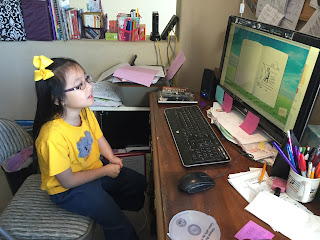 At one point in the movie, they show you a picture of the story, you pause the video, tell the story, and then restart it to see if you got it right.  The kids were all telling the stories, even Katie. 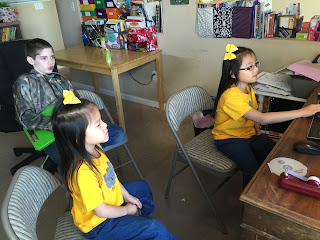 On day one, we watched the first movie, and I had the older kids do the crossword puzzle during quiet time to help cement the characters in their minds.  One day 2, I gave Jack and Hannah the printed Practice Test for part one.  Jack missed 6x3 and 3x6, but other than that, they got all the rest correct.  I couldn't believe they're really memorizing the times tables from this movie, but they are! 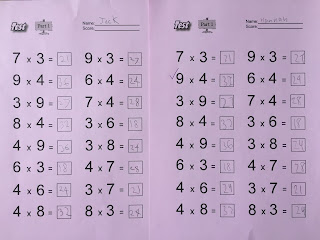 The following day, we watched the movie again, and I gave them the printed test with regular numbers, no pictures.  Hannah missed one problem. 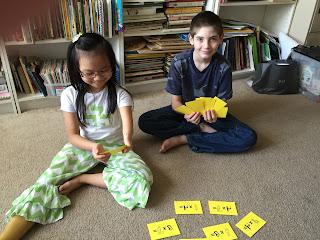 The program recommends waiting a week between mastering the first video and starting the second one, but there are plenty of ways to review in the meantime.  These are the flash cards, which we printed on cardstock and practiced with. 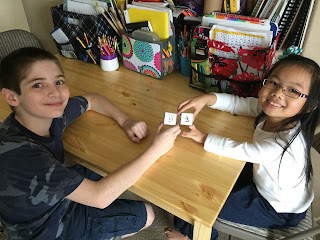 We made the dice cubes (again, printed on cardstock for durability) and played the Roll-'Em game. 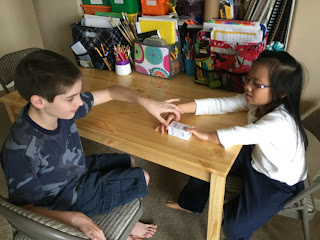 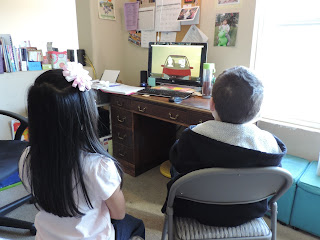 Soon, a week had passed, and it was time to begin viewing the second portion of the video.  If you have the downloads, like we do, the videos come as two separate files.  We watched the second video a total of 3 times with a day or two between each viewing. 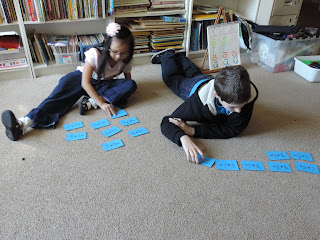 I used a different color of cardstock for the second set of picture flash cards so that we could differentiate between the two sets. 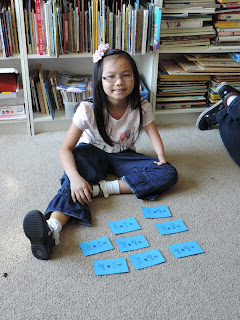 One of the ways I know that Times Tales is working for my kids is that Hannah has completely passed the multiplication section of the online timed drill site that my kids use regularly.  I have confidence that Jack will soon finish it, as well.  Times Tales is a good program, especially for visual learners, and those who have a hard time remembering seemingly meaningless facts.  I wish I'd had this from the time my eldest child was in 3rd grade!  How much easier it would have been for all my kids to learn their times tables in a fun and memorable way.  I'm sure when the time comes for Katie to learn them, they won't seem as intimidating to her as they were to the older kids, since she's been introduced to them in this manner.

You can connect with The Trigger Memory Co. on Facebook.  To read about the experiences of other Crew families with Times Tales, please click the box below.