Our Beginning of May Week 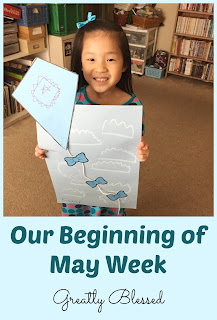 Our week started with a trip to the dentist for me.  Bleh.  But it got better from there. 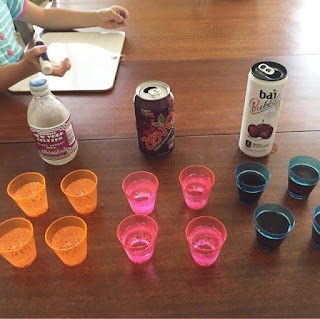 I was in the mood for black cherry soda when Josiah and I went to the grocery store, so we had a taste test one day to see whether we liked New York Seltzer, Zevia, or Bai Bubbles the best.  NY Seltzer won.  I think if the kids had been told that BB was "juice" instead of soda, they would have liked it more.  It's good, it's just not as sweet as they were expecting. 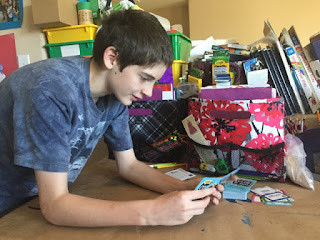 So, a few months ago, I backed a Kickstarter project for Color Vowel.  The game finally came, and it sat on my desk for a good while.  This week, we played it! 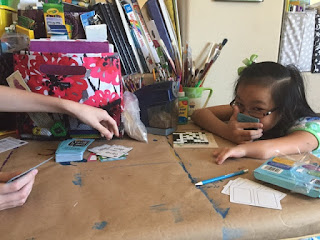 It's played a bit like Uno, but using vowel sounds instead of numbers.  The idea is that the players will learn the variety of ways to spell the same sounds our silly English vowels make. 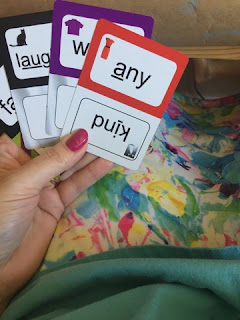 We played a couple rounds, and it was fun enough that we'll play it again. 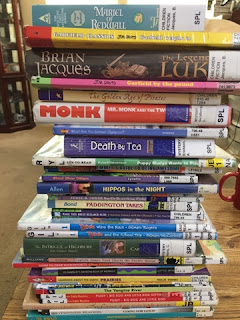 We made it to the library!  The weather has been gorgeous this week, and Jack requested a couple books that had come in. 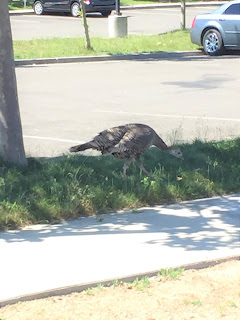 As we were leaving, we had a huge bird walk in front of the van.  I'm guessing it's a turkey? 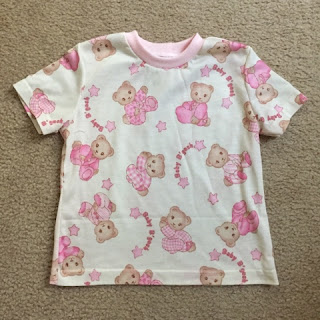 A while back, I made Katie some PJ shorts for the warmer weather.  This week, I finally got around to making a top for one pair. 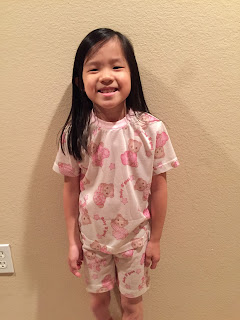 I'll probably do tops for the other two pairs at some point, since the fabric is still sitting on my cutting table. 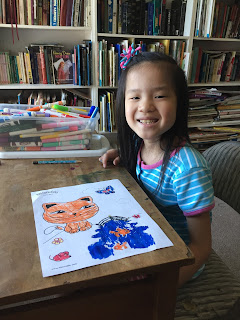 We use colored pencils more than crayons or markers most of the time.  This week, I gave Katie options for what she wanted to use on this coloring page, and she picked markers. 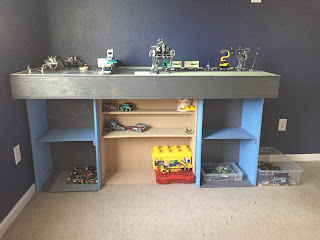 Paul built Jack a Lego table.  The blue end pieces used to be boxes under Sam's bed (which has since been disassembled). 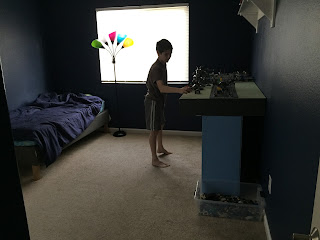 It's weird to me how many of the kids have their own bedrooms now.  For many years, it's been 2 kids to a room.  In Santa Rosa, Zach, Sam, and Josiah all shared one room.  Now, Katie and Hannah are the only ones sharing. 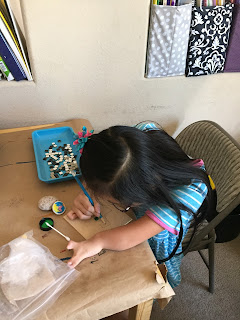 Since we've finished our California history, I started pulling out our history boxes from History Unboxed (affiliate link).  We started with the Pompeii box.  Hannah made a mosaic. 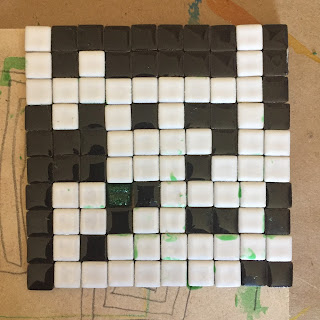 We learned about the beautiful mosaics found perfectly preserved under the ash and pumice from Mount Vesuvius.  The kids had read about Pompeii before, so this was a fun review for them. 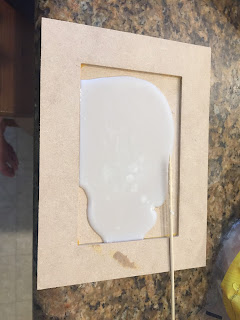 Jack got to make the wax tablet.  He glued the pieces together to make the frame one day, and we melted wax flakes the next day to pour into the frame.  (There's more wax in the microwave during this picture.) 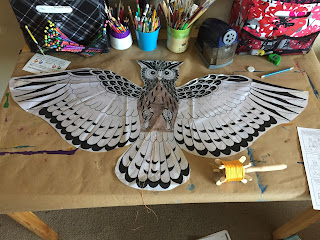 After Pompeii and Vesuvius, we moved on to Ancient China.  Which happens to be a favorite of ours, of course.  Jack and Hannah decided to leave the owl kite mostly white, and just paint some brown areas.  I'm looking forward to taking it to the park and trying it out. 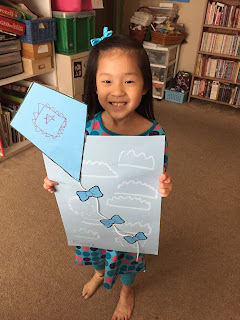 Miss Katie did made a kite, too.  This is from A Beka Art Projects 1, which we've had in the house for *several* first graders.  I'm suddenly realizing I need to use this book up!  I added the background page and Katie used a white Kwik Stix to make the clouds.  She had a hard time with the stapler for the string and bows, so we'll have to incorporate some more using the stapler in to her work so she can get more proficient at it. 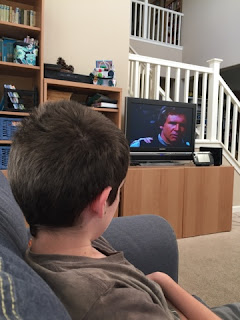 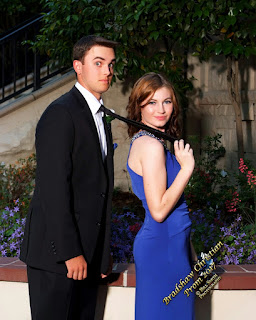 If you missed it, I shared pictures I took of Brianna and Boy before prom.  This shot was taken at the dance.

Only 4 more weeks of school!  We have an exciting field trip coming up this week.  We're going to pack food with Feed My Starving Children.  I've been keeping an eye on the website for about a year now, and there's finally an event near us with open spaces!  I'm hoping we have a great experience and can participate again in the future.  I want my kids to have compassion for the less fortunate.

Coming up next month, we're going to be walking for Shriners!  If you could sponsor us, that would be awesome!  Hannah and Katie walk as honored guests, since they are patients of Shriners, but Jack and I are expected to fundraise.  I walk because I'm grateful to Shriners that Hannah and Katie are able to walk, thanks to the surgeries and prosthetics they have received there.