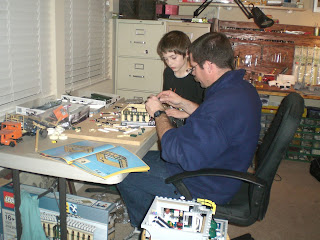 Jack worked with Daddy on some engineering skills this week, as they made the latest installment (for our family, anyway) in the LEGO Creator 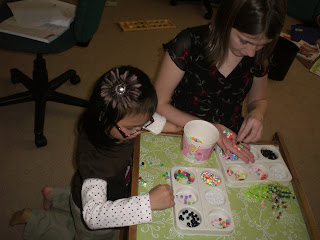 Brianna and Hannah sorting a bucket of beads. 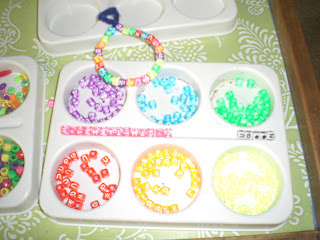 Pipe cleaners and letter beads is a great way to do spelling words.

Note to self:  It's hard to photograph something over a bright window!
This is our Around The World bulletin board set.  We've been adding characters as we learn about the different countries.  I looked on Amazon, but I think they've updated it to a slightly different one now.  We've had this set for years.  I did an around the world unit study with Zachary, Annaliese, Josiah, and Samuel when they were little. 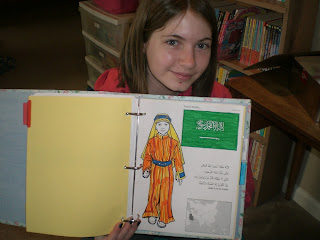 This week we started Saudi Arabia. 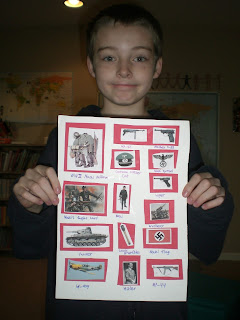 The perfect time for Eli to present his Germany project, right?
In his defense, he was waiting for Josiah to help him with part of it, and that just happened recently. 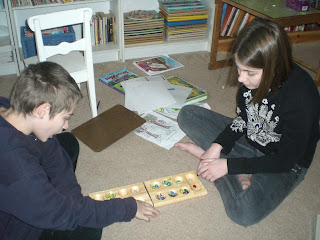 The kids also played Mancala from our Kenya weeks a few extra times this week.
We've had the game for ages, but since it's an African game, I had them pull it out and play.  It's always fun to see their renewed interest in an old favorite. 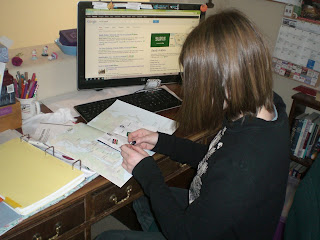 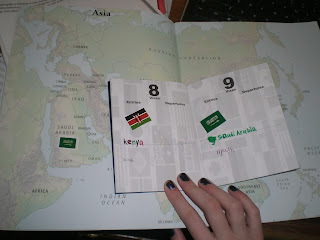 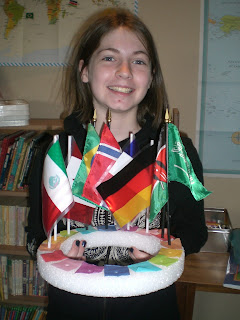 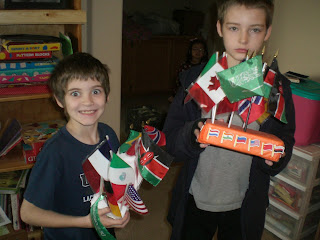 Flags are a favorite around here. 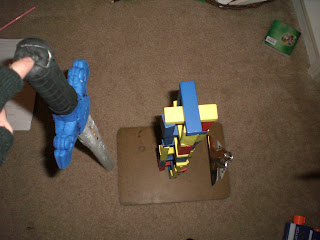 for Hannah and Katie to play with.
But after Eli made this sword-high tower, and played with these blocks for a couple days straight, I realized: 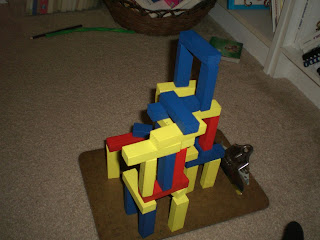 1) I underestimated who would use a nice set of blocks around here
and
2) maybe we can make do with the blocks we have, at least for now 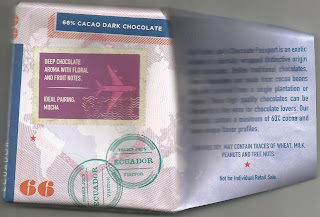 Single-origin chocolate from Ecuador.
Chocolate is a great motivator for learning, who knew? 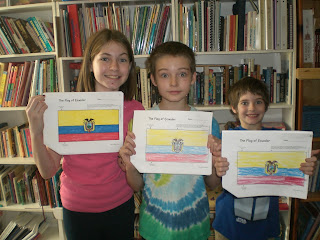 Brianna has been the driving force behind getting the boys to do their packets so they can eat the next bar. 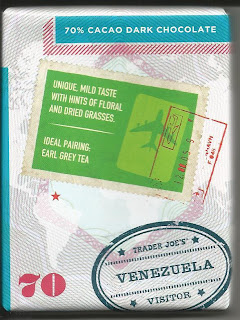 She managed to get them through TWO countries this week.
I guess I'll be printing up the next few packets for them over the weekend! 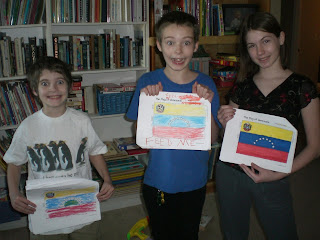 Personally, I think we're venturing into the "tastes like dirt" realm of dark chocolate at 70, but the kids are still impressed with it.  Tanzania, the last country at the bottom of the box, is 73, so we'll see if they like that one or not. 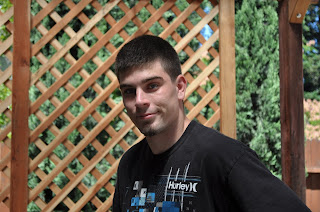 My big boy will be going "wheels up" soon on his 3rd overseas deployment.
I'm not worried, per se, but I would appreciate your prayers for him as he adjusts to new surroundings.  I'm excited that he gets to see a new country this time.  And I'm hopeful that communication home will be a little better from there than when he was in the Middle East.

Since the teens are off on Monday, and Hannah is still off-track, we are taking Monday as a holiday, too.  We did part of Monday's work today, since we were done with this week.  I love the freedom of setting our own schedule in homeschooling!
Have a lovely 3 day weekend!