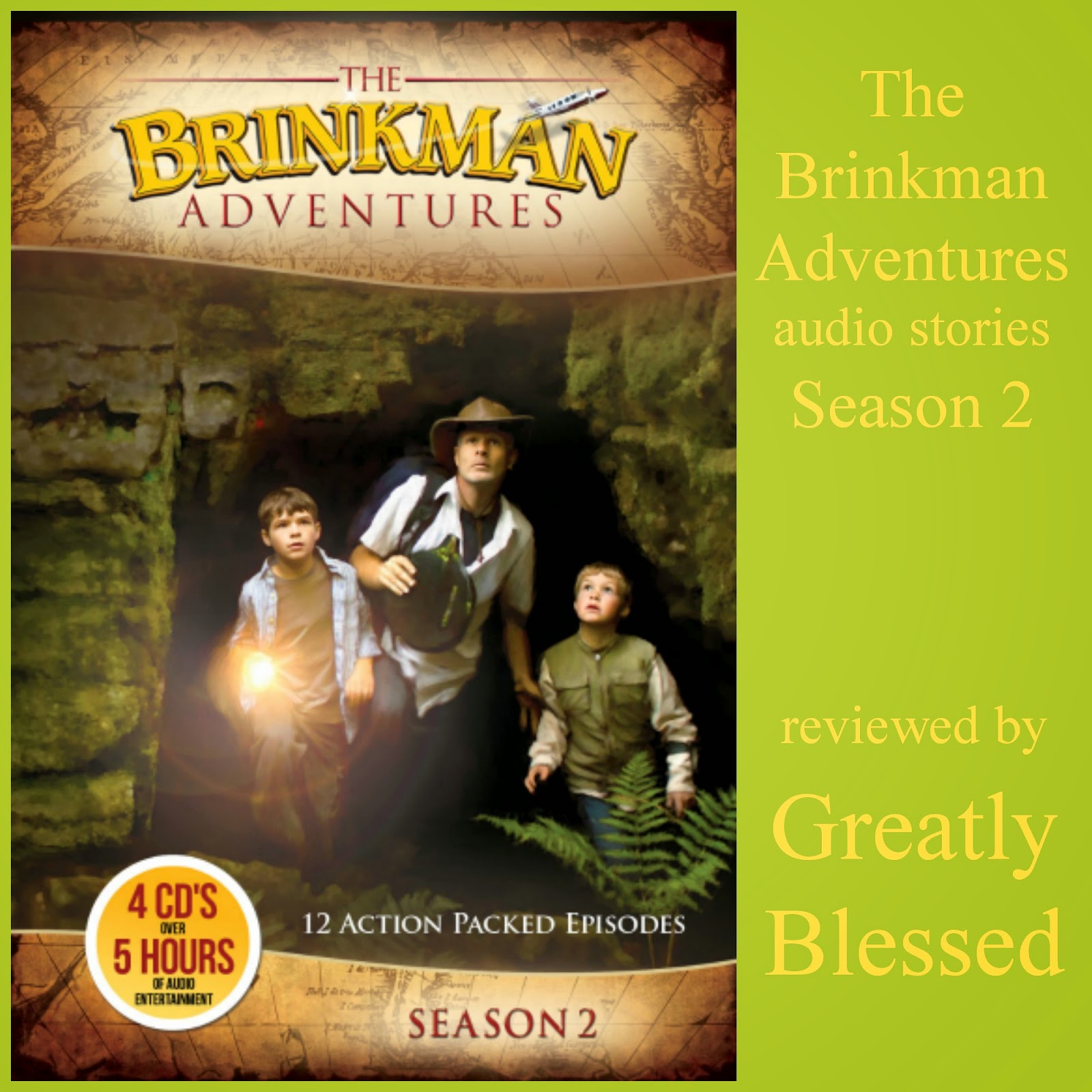 We've been doing a lot more arts & crafts lately, and it has been such a blessing to listen to Brinkman Adventures audio drama stories while we work.

We received a digital download of The Brinkman Adventures Season 2, Episodes 13-24 for review purposes.  Initially, I thought, "Season 2?  Won't it be weird, coming into the middle the middle of the story?"  But it wasn't like that at all.  Each episode can be listened to alone.  --Although I had a hard time getting my kids to accept just ONE episode in a day!  Good thing there were 12 episodes to keep us entertained for hours.  We managed to spread them out over 2 weeks time, but I know they would have listened to them in just a couple days if I'd let them.

We all enjoyed listening to Brinkman Adventures.  There are no suggested ages, as the stories are family friendly, but a couple episodes with "heavier" content did specify that kids under 10 should listen with their parents present.  Those dealt with international child slavery, and my kids handled them fine, but I can see how a sensitive child might have had questions or worries.

Brinkman Adventures is an audio drama that follows a homeschooling family on all sorts of missions-related adventures.  I love that they're a larger than average sized family!  It was easy to relate to the fun and the chaos that goes along with having big kids, little kids, and everything in between!

Opportunities for learning abound within these stories!  From geography (looking at where the story took place on a map), to learning about new modes of travel ("Mom, what's an air boat?"), to researching organizations that help with some of the issues faced by the characters, they're like a springboard for interest-led learning.

One of my favorite features is the Brinkman Adventures website.  They have a section called Real Stories that has additional information about each of the episodes.  Most of the dramatizations are based on real events that happened to a variety of missionaries.  Loving China as I do, my favorite episode was the second, Blue Hat and T-shirt Bible.  Knowing that these events really happened brought tears to my eyes.

When I asked Jack which episode was his favorite, his shiny eyes lit up and he said, "The one with the Navy Seal and the AK-47s!"  I looked at him like he had two heads, and he said, "You know, the guards?  And they had to get the kids away from them?"  Ohhhh!  Suddenly, it dawned on me, The Sapphire Slaves!  "Yeah!" he exclaimed.  Eli liked that one best, too.

Brianna liked The Pirates of Mayan Island, which takes place in Belize, where my in-laws served as missionaries when Paul was a child.

You can listen to a sample episode on the website, and see for yourself what great stories they are.  You'll want to follow Brinkman Adventures on Facebook, too, for a peek behind the scenes.