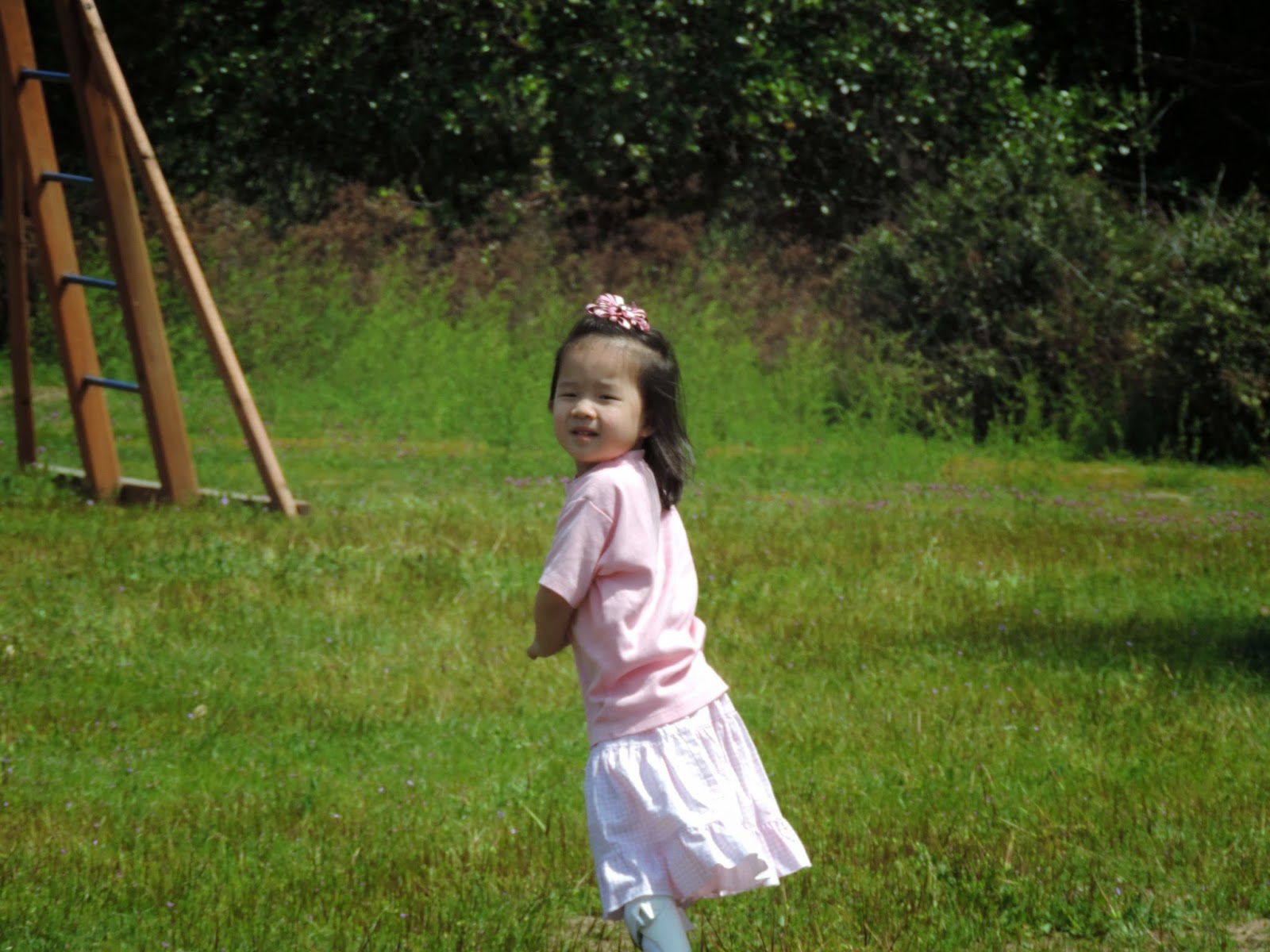 We have some friends that moved out to the country recently. 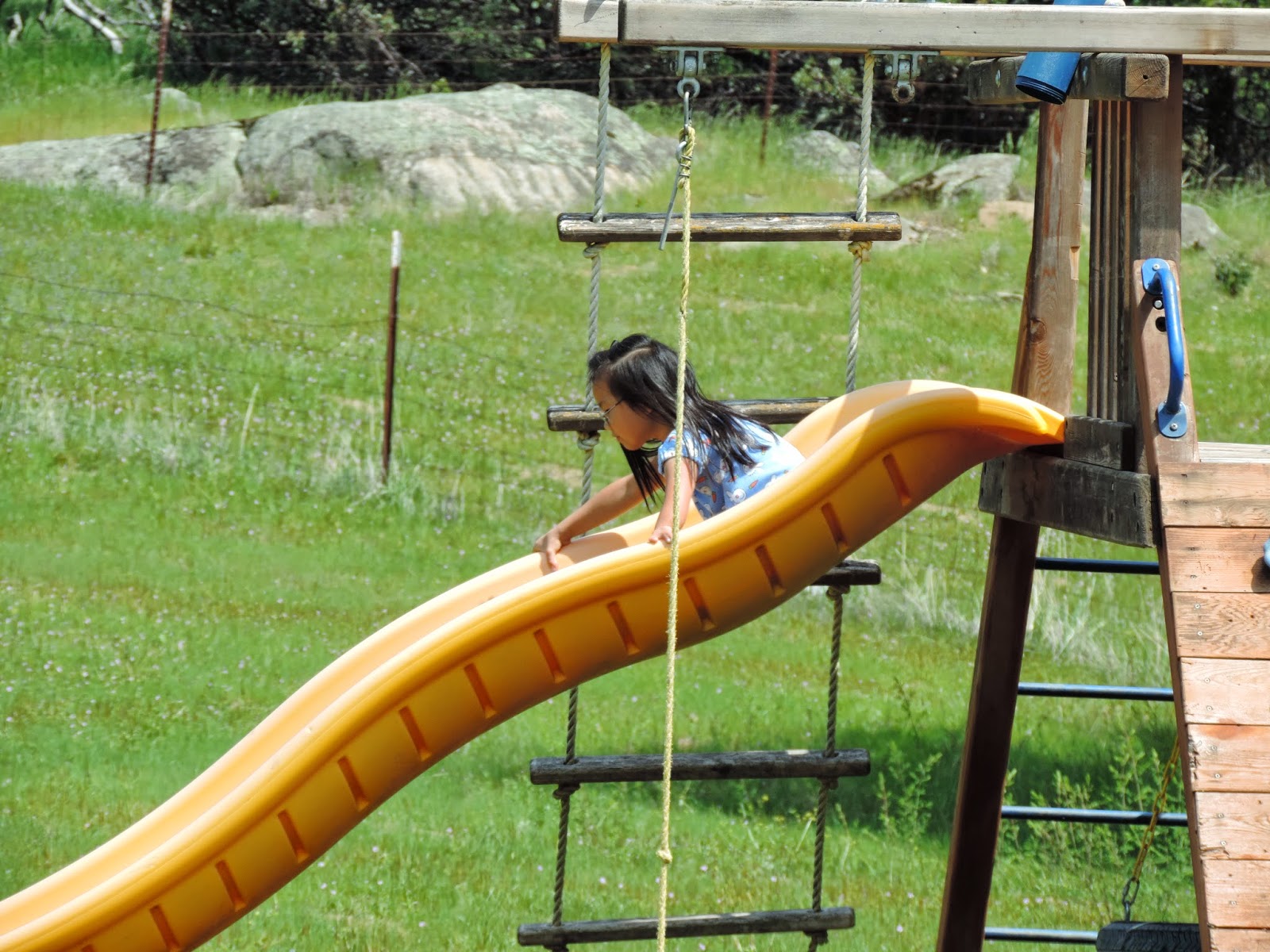 They invited us and some other families out for an egg hunt! 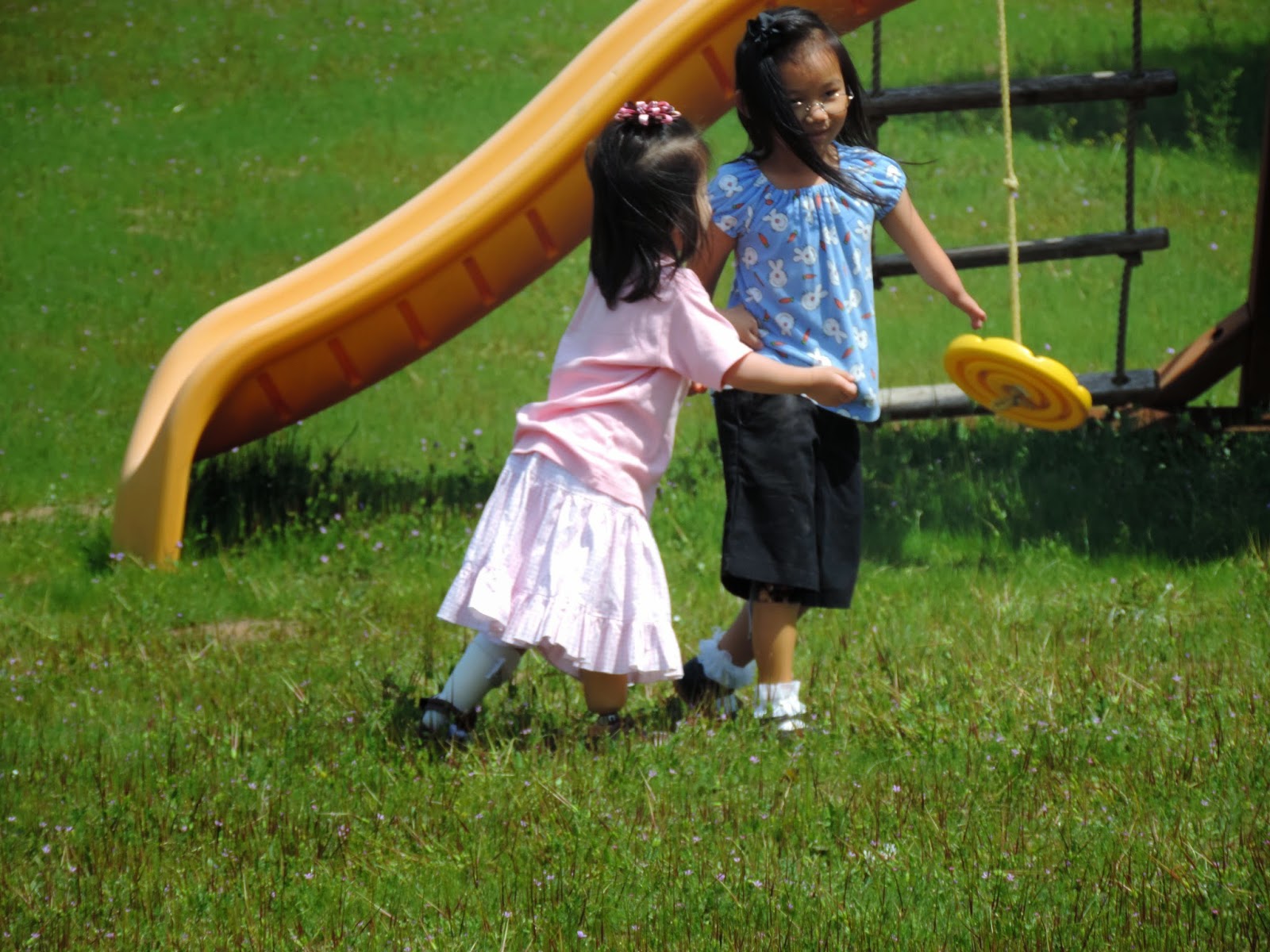 It was nice to get out in the fresh air and sunshine, and let the kids run amok. 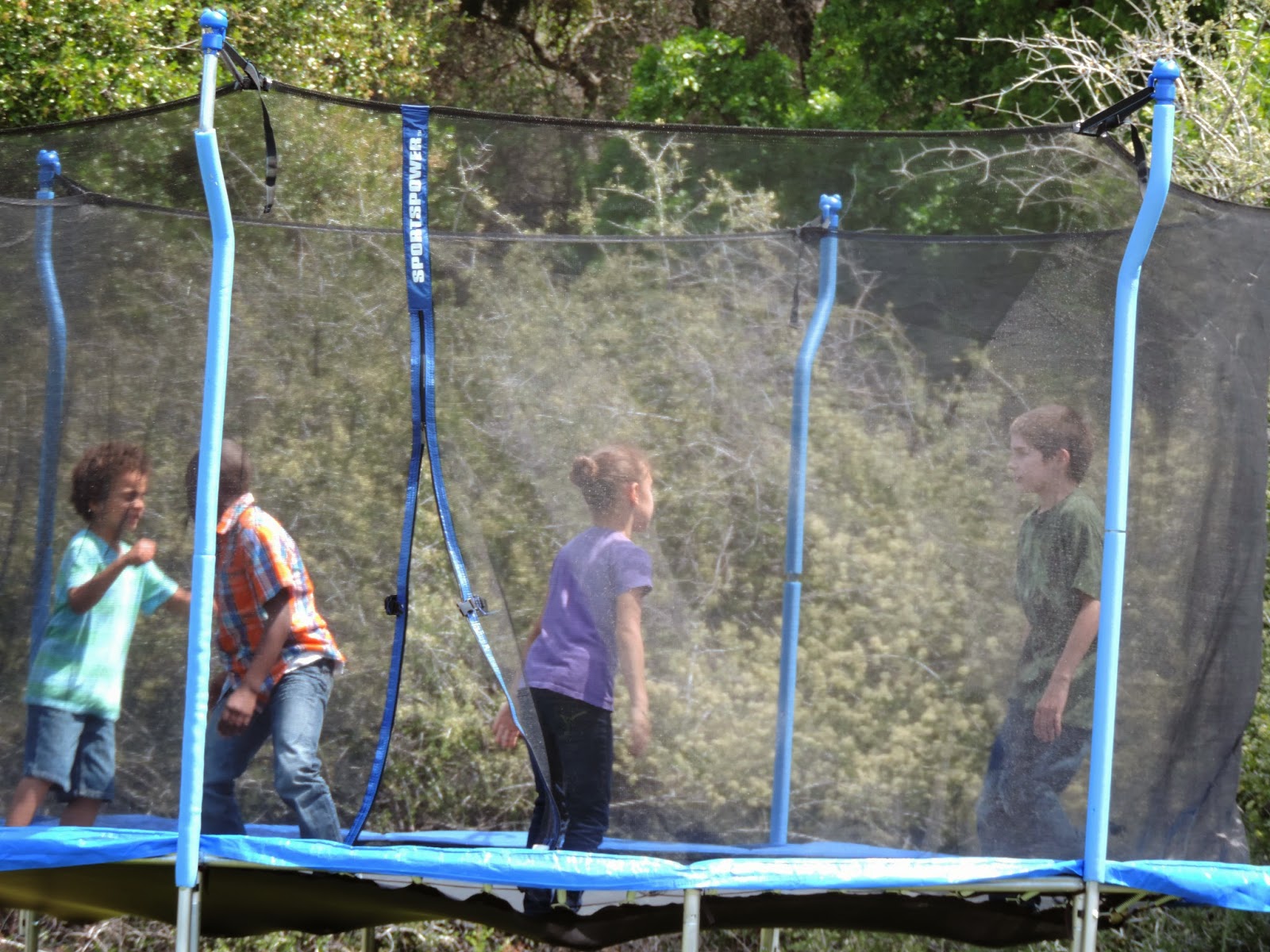 My kids miss our trampoline.  It got destroyed while we were in China.  I'd like to replace it at some point, but there's always something else to spend the money on, you know? 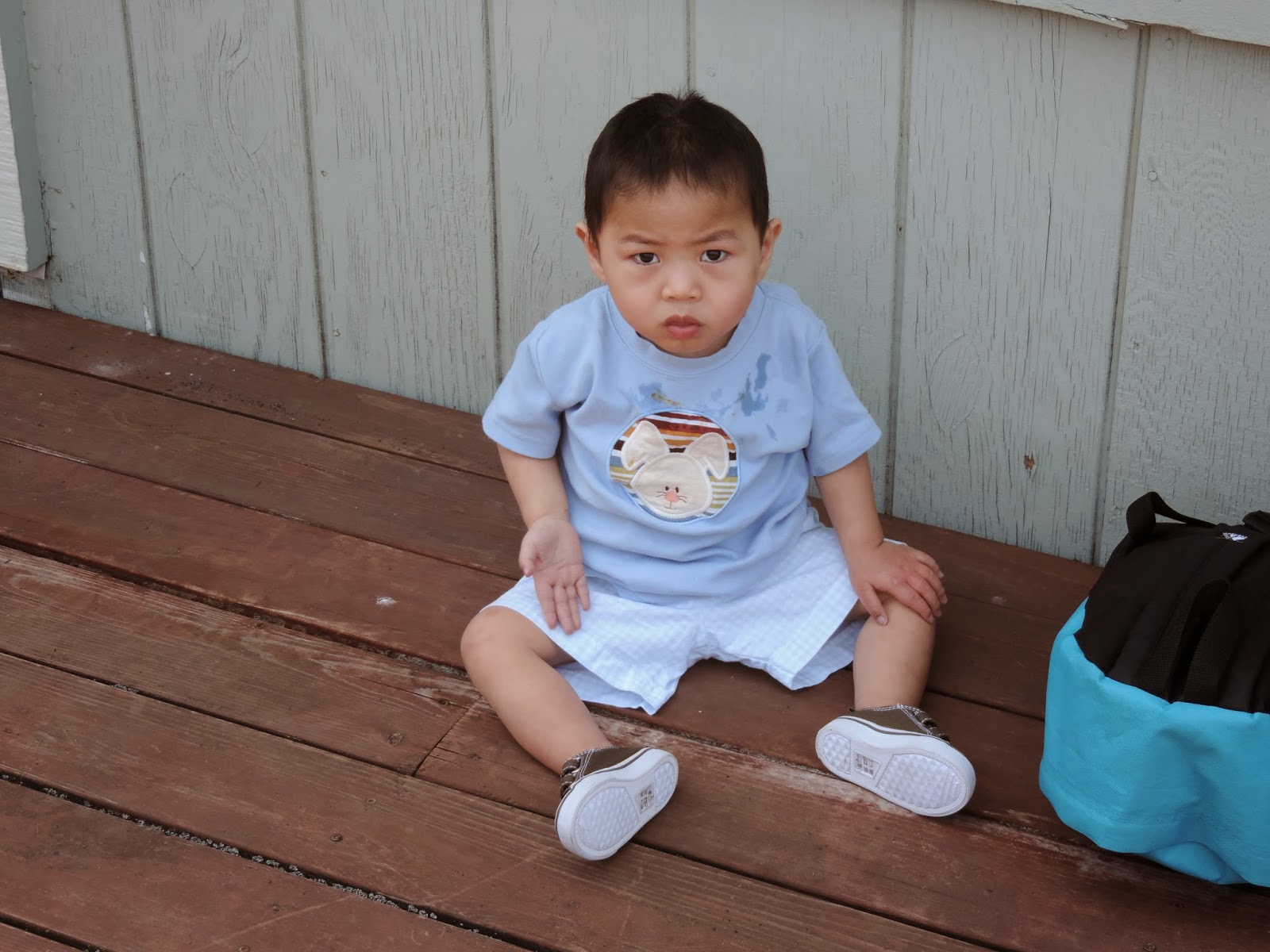 Luke did really well there.  He fussed some, and whined through lunch, but overall, he was content to just sit and stare. 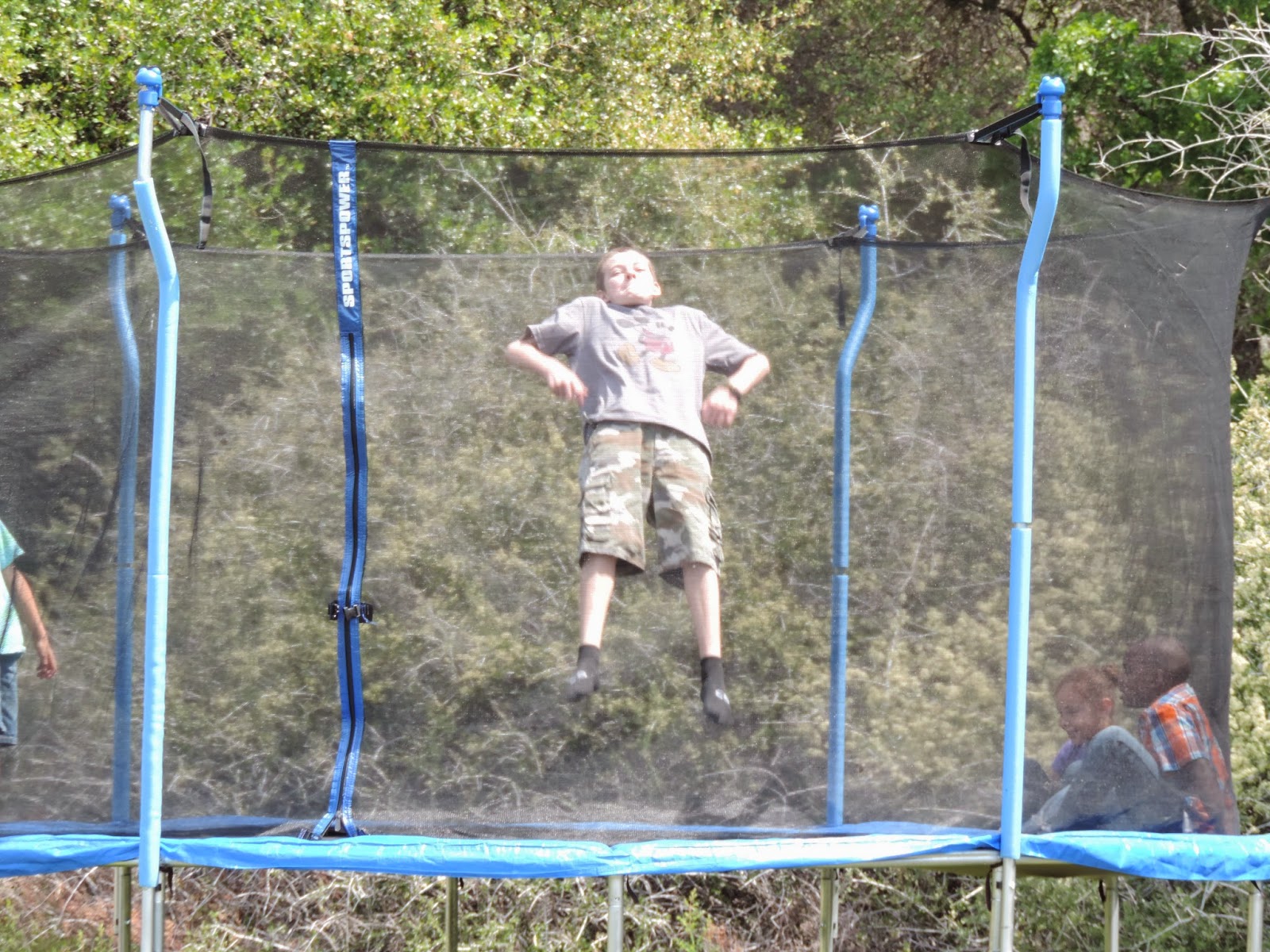 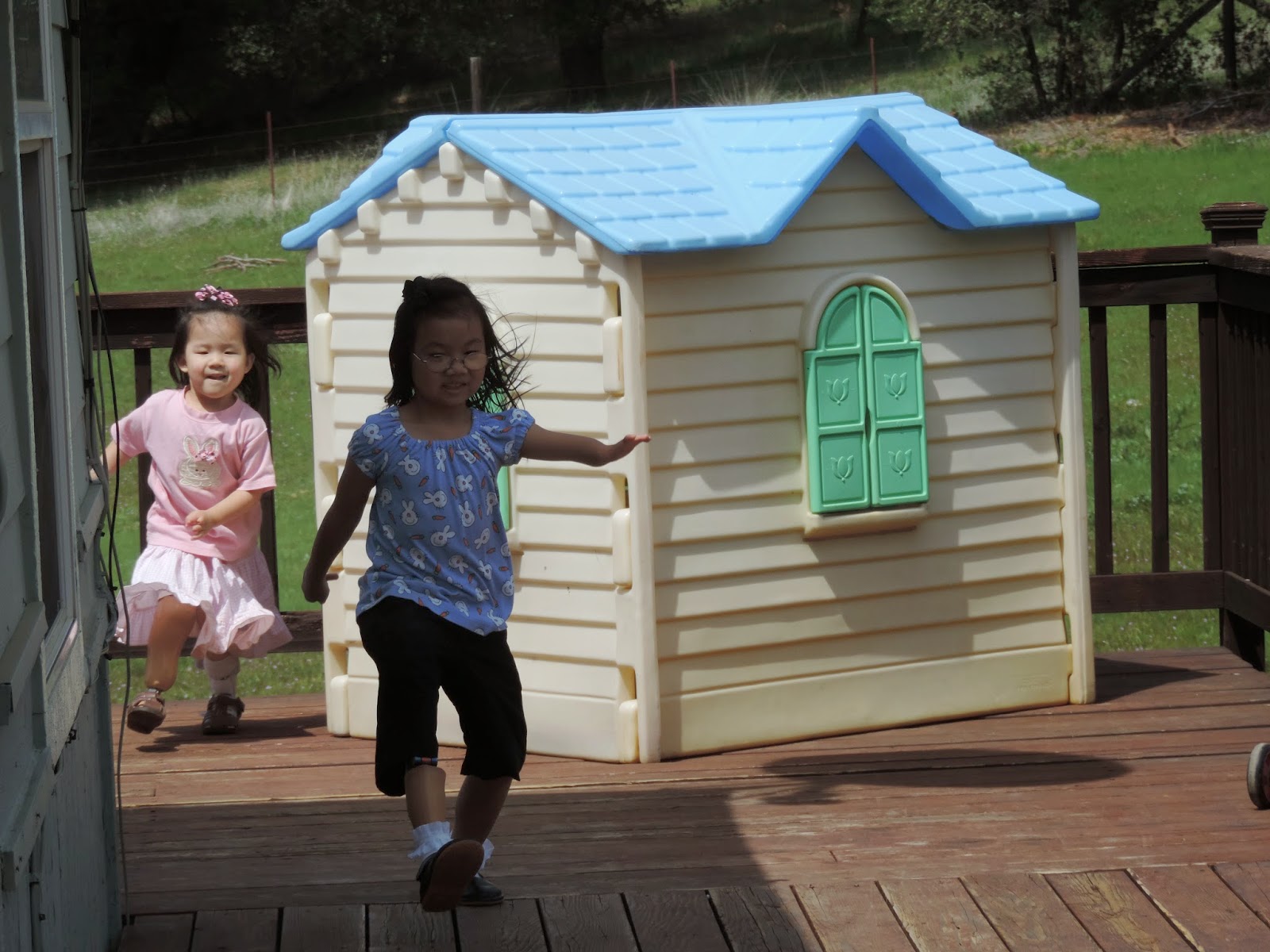 The girls had fun playing in the playhouse. 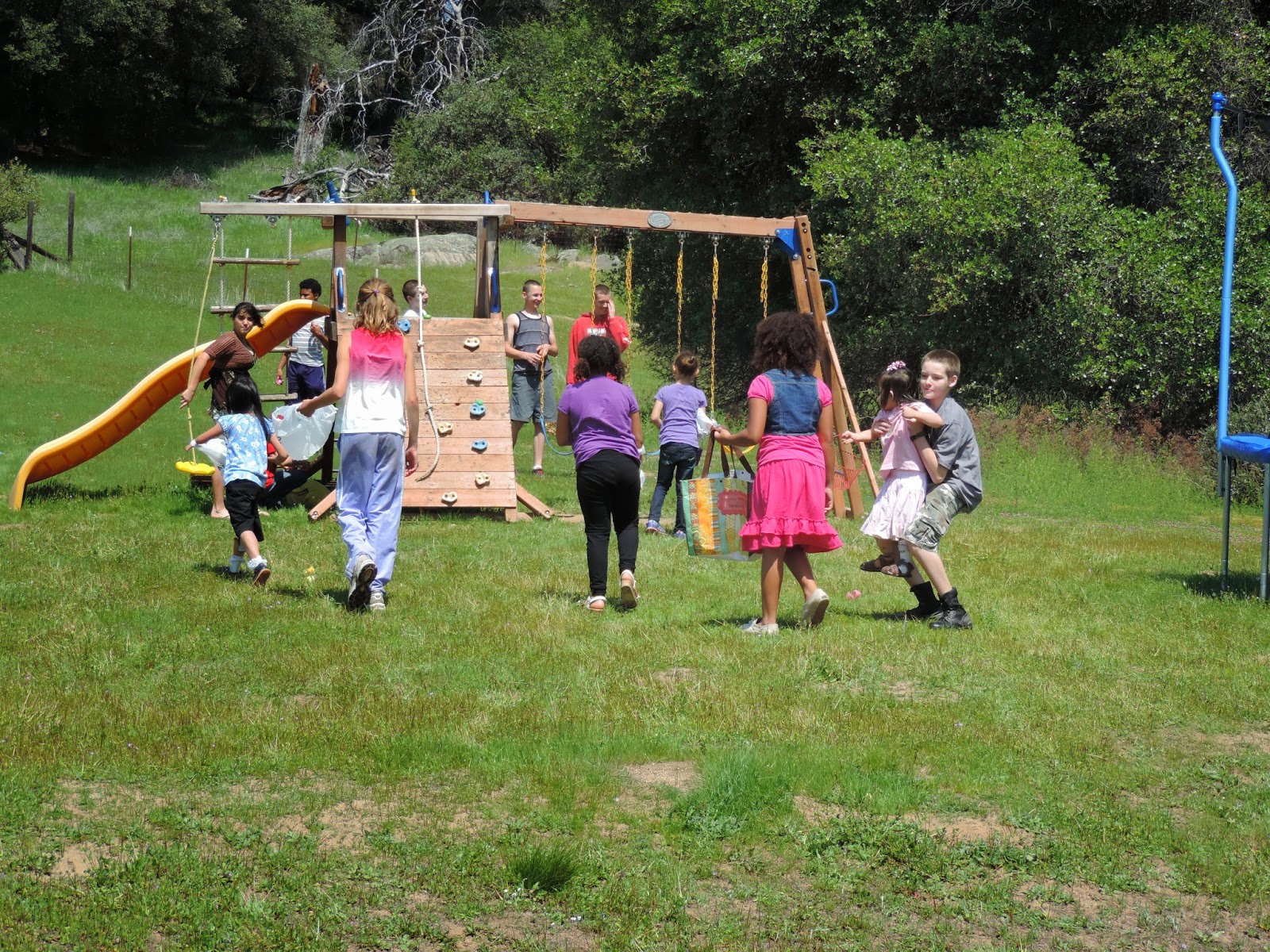 And then the hunt was on! 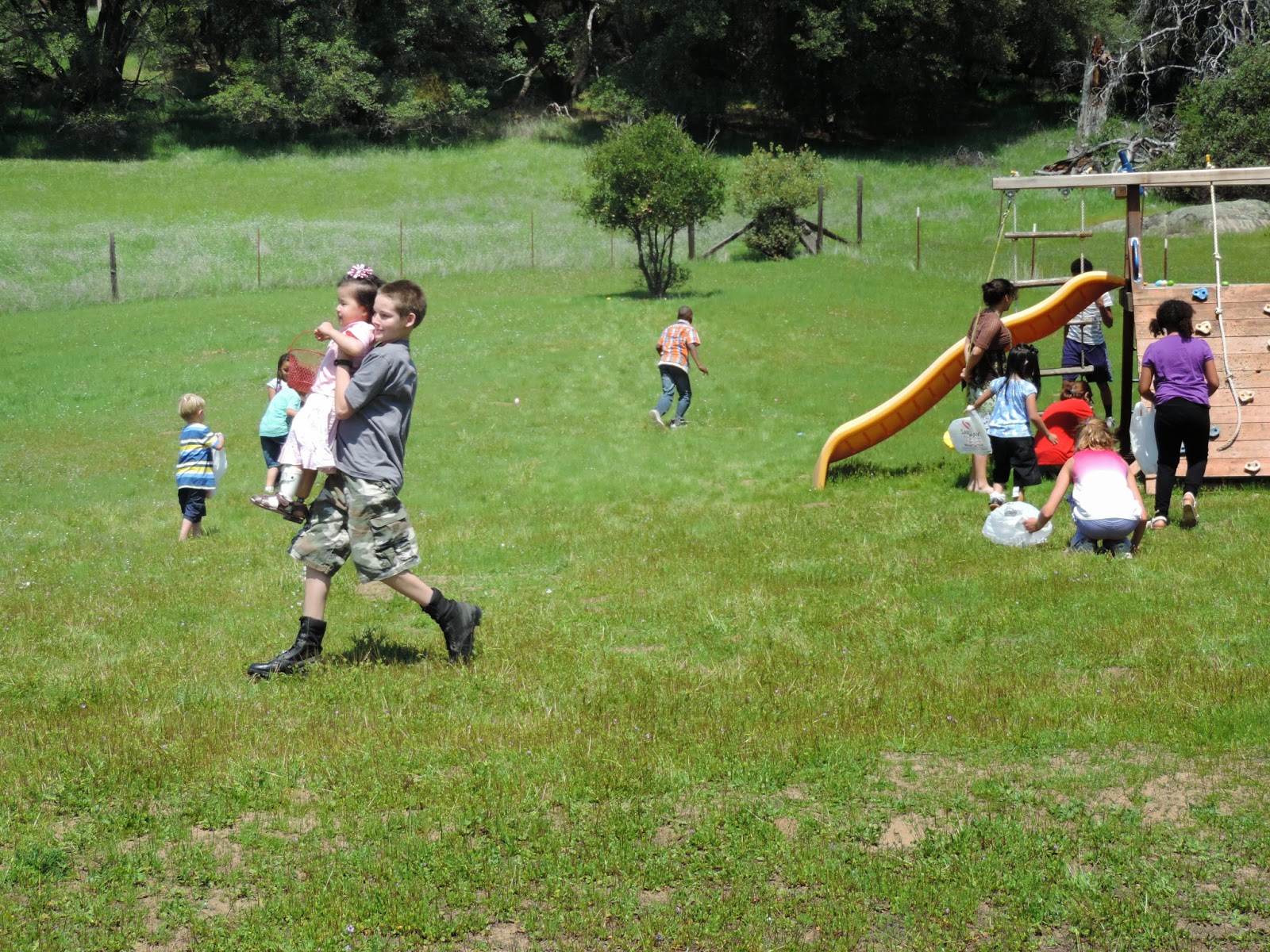 The big kids had hidden the eggs for the little kids, so when Eli saw that Katie didn't have any yet, he took her to where he knew there were still some eggs that hadn't been discovered yet. 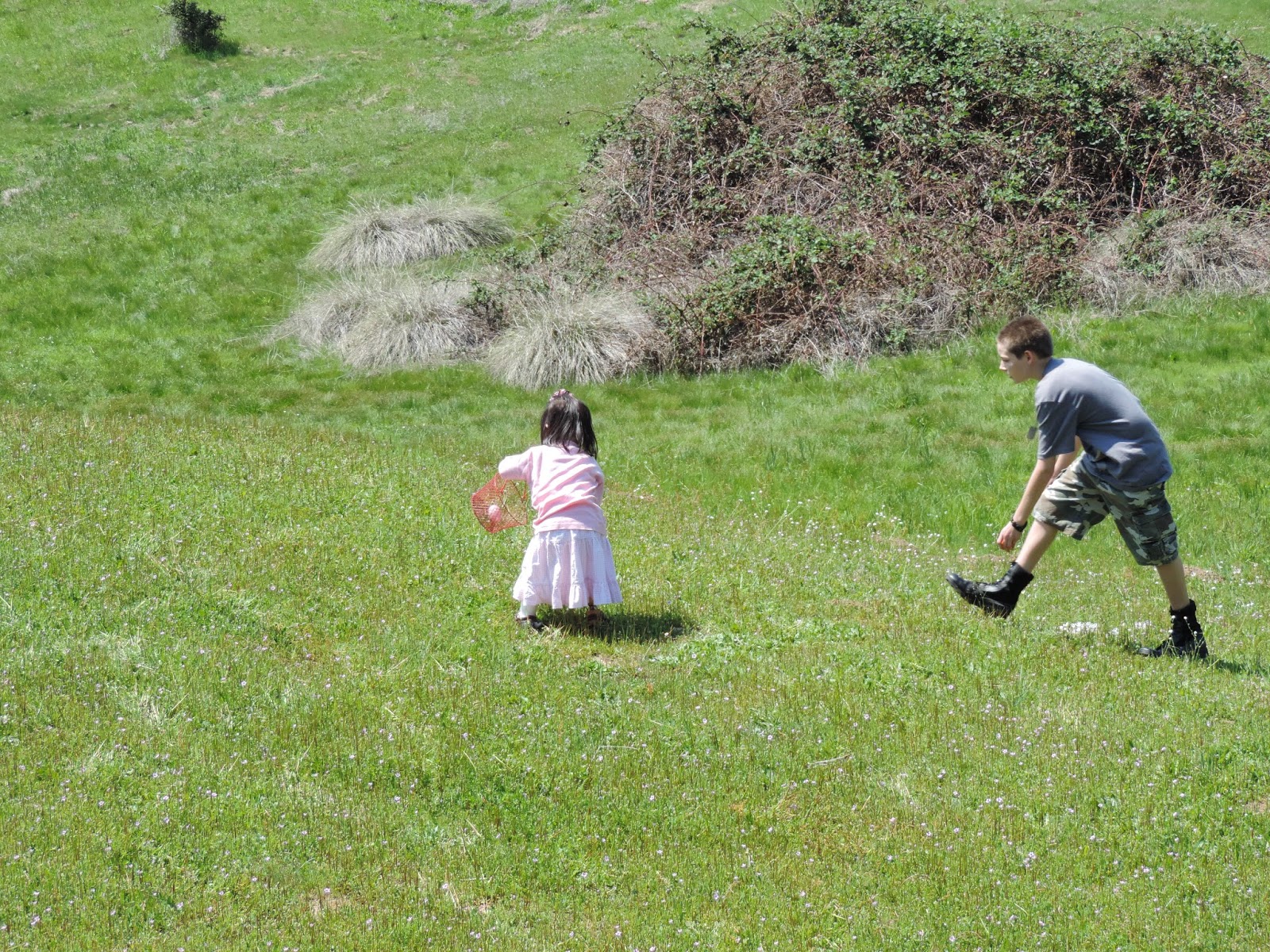 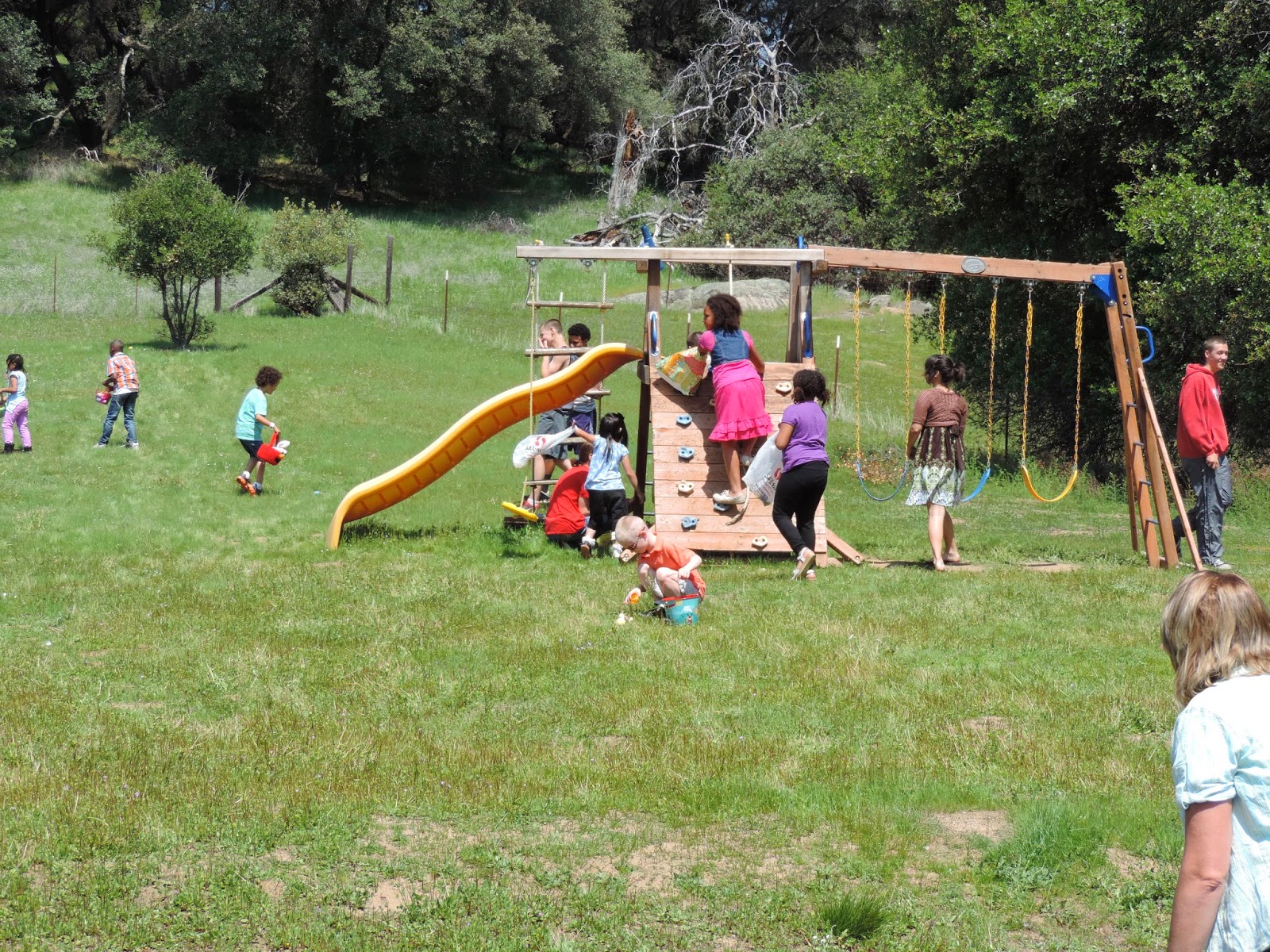 For as much prep as an egg hunt can be, it seems like they're over in a flash! 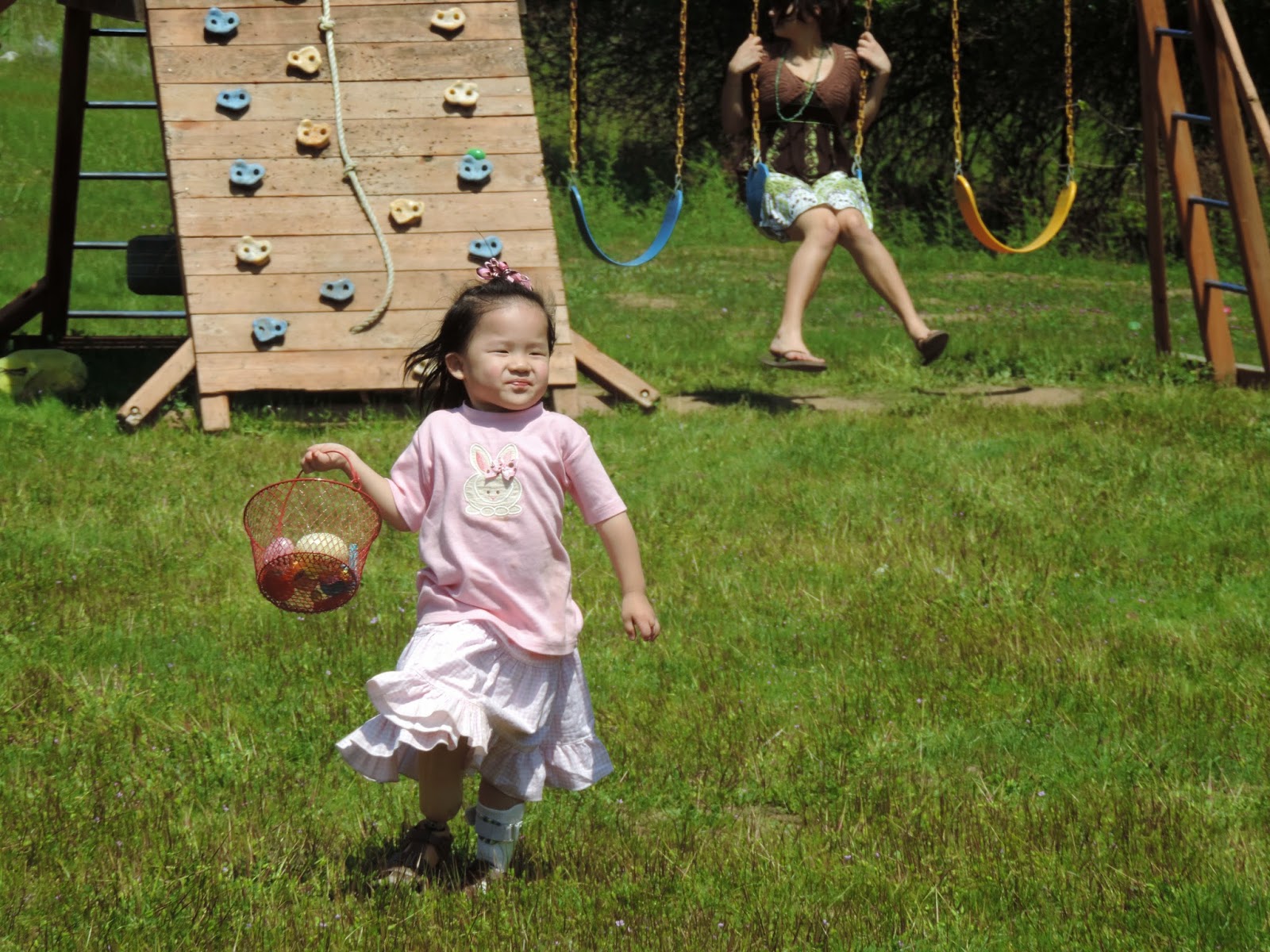 Katie carried her basket around for at least an hour afterwards. 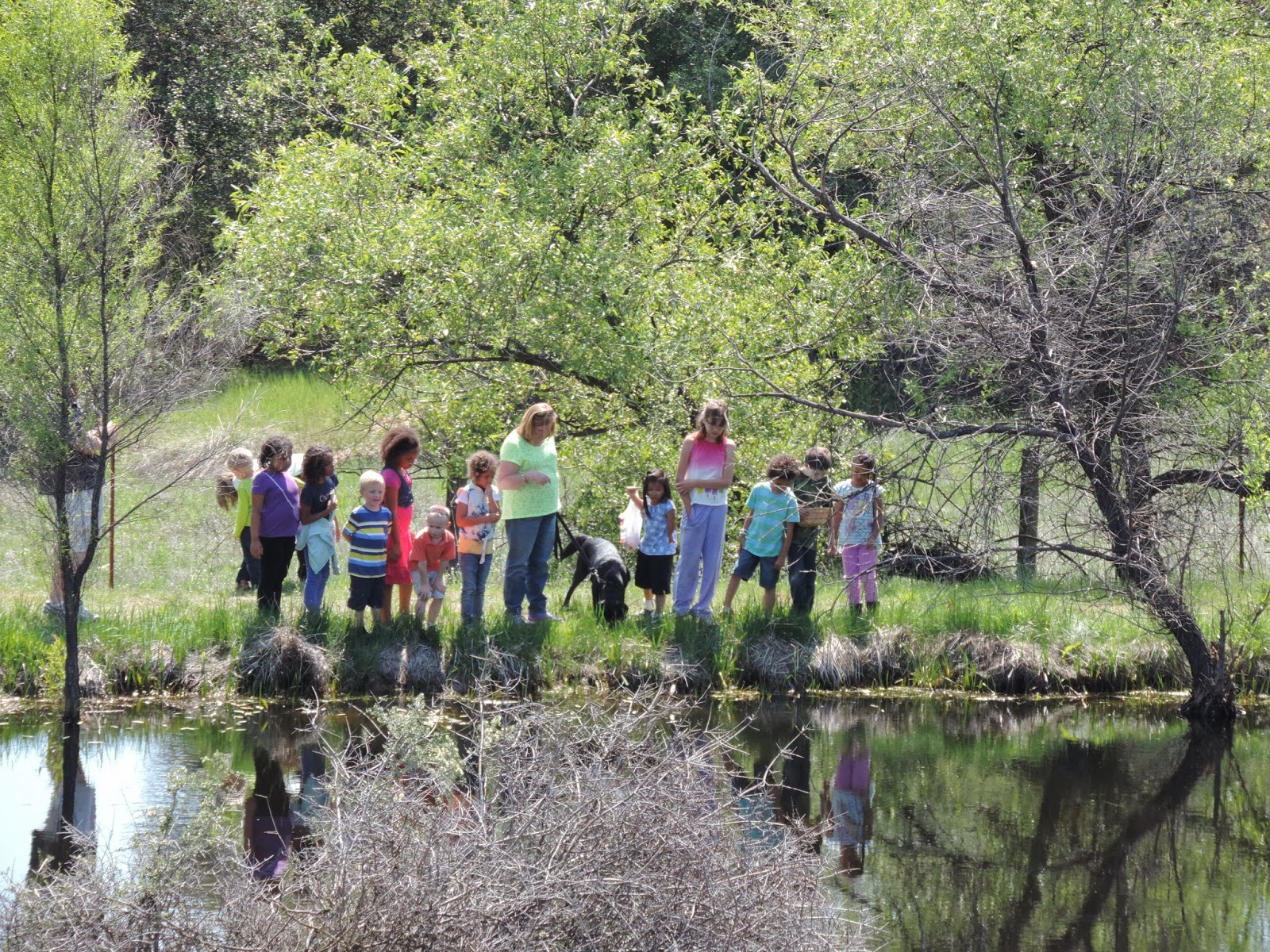 Later, one of the mommies took some of the kids down to the pond so they could see the tadpoles, and they saw a turtle, and a frog. 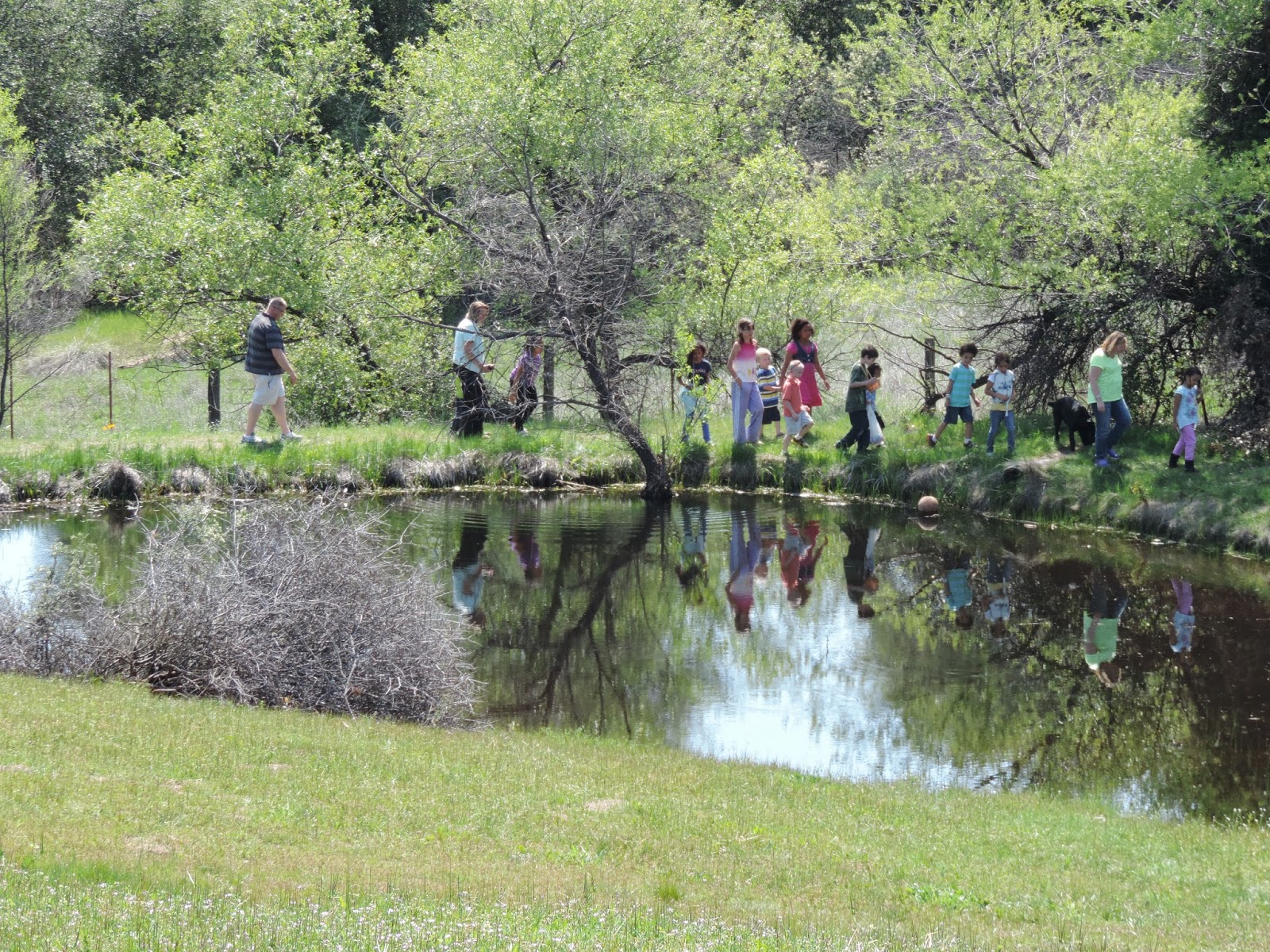 It was a really lovely day.