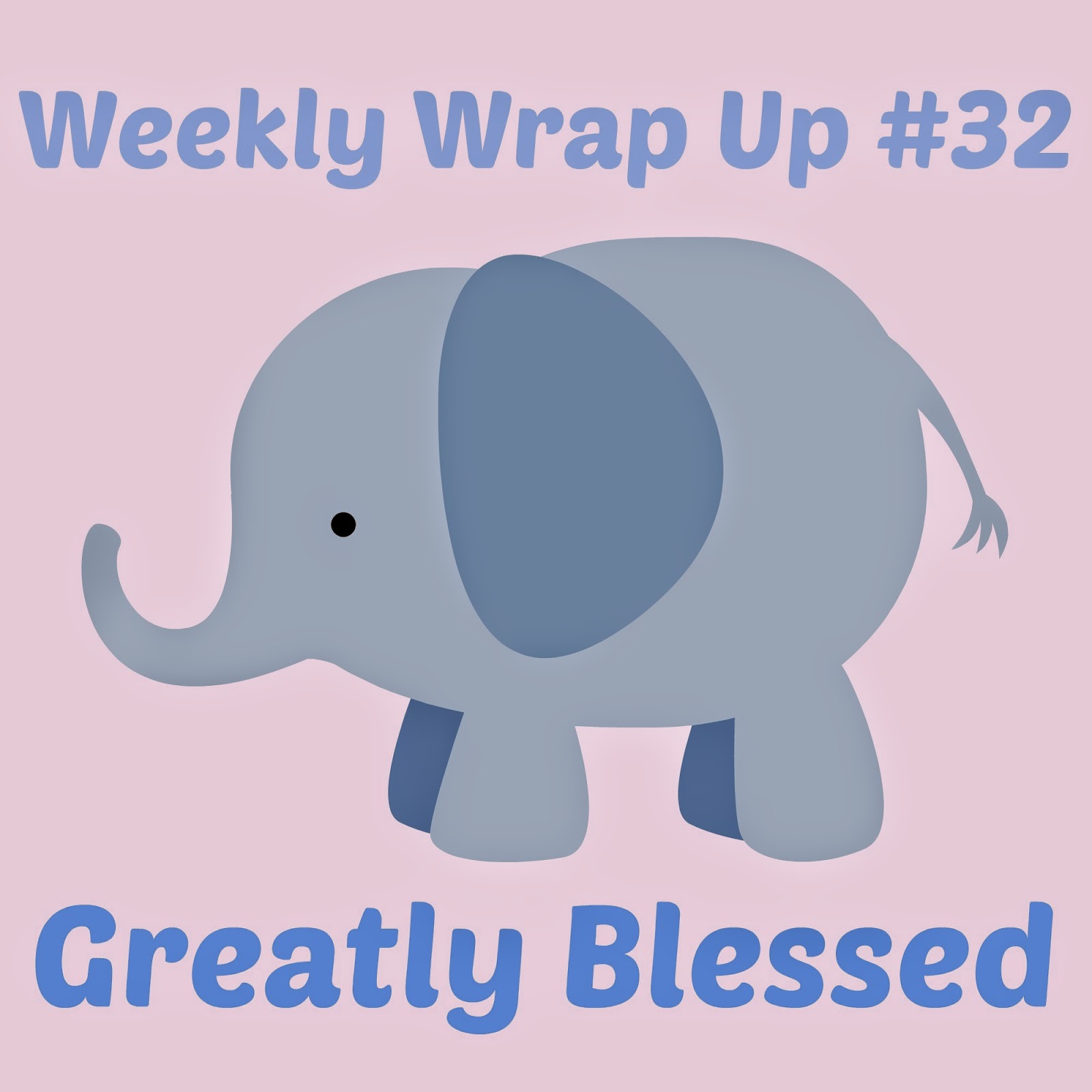 I think these wrap ups are about homeschooling, but they always turn into a photo dump of whatever's happened around here in the previous week. 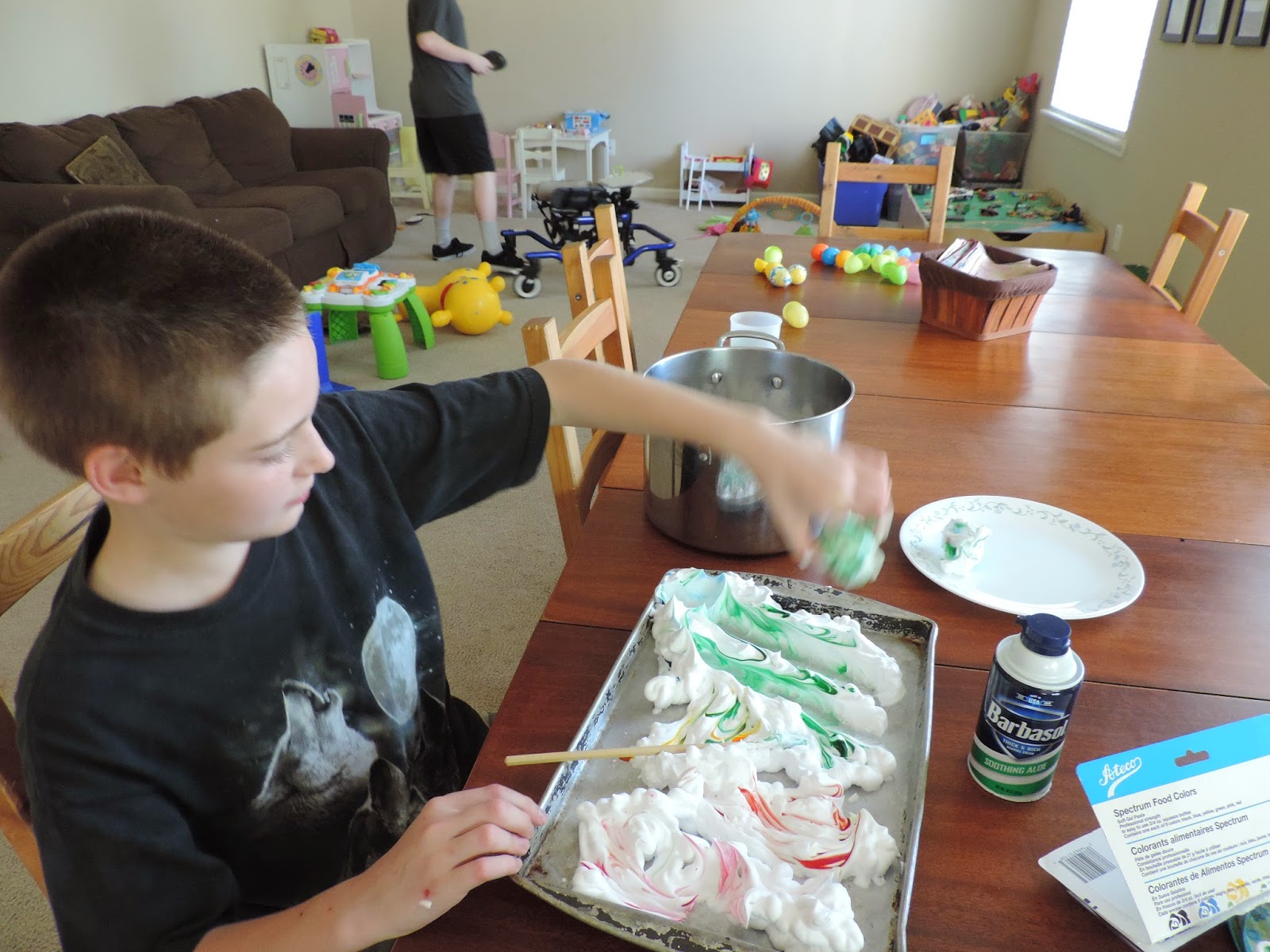 This was more of a Pin-flop, but I thought I'd share it here anyway.  We tried the "food color and shaving cream" method of egg dyeing this year. 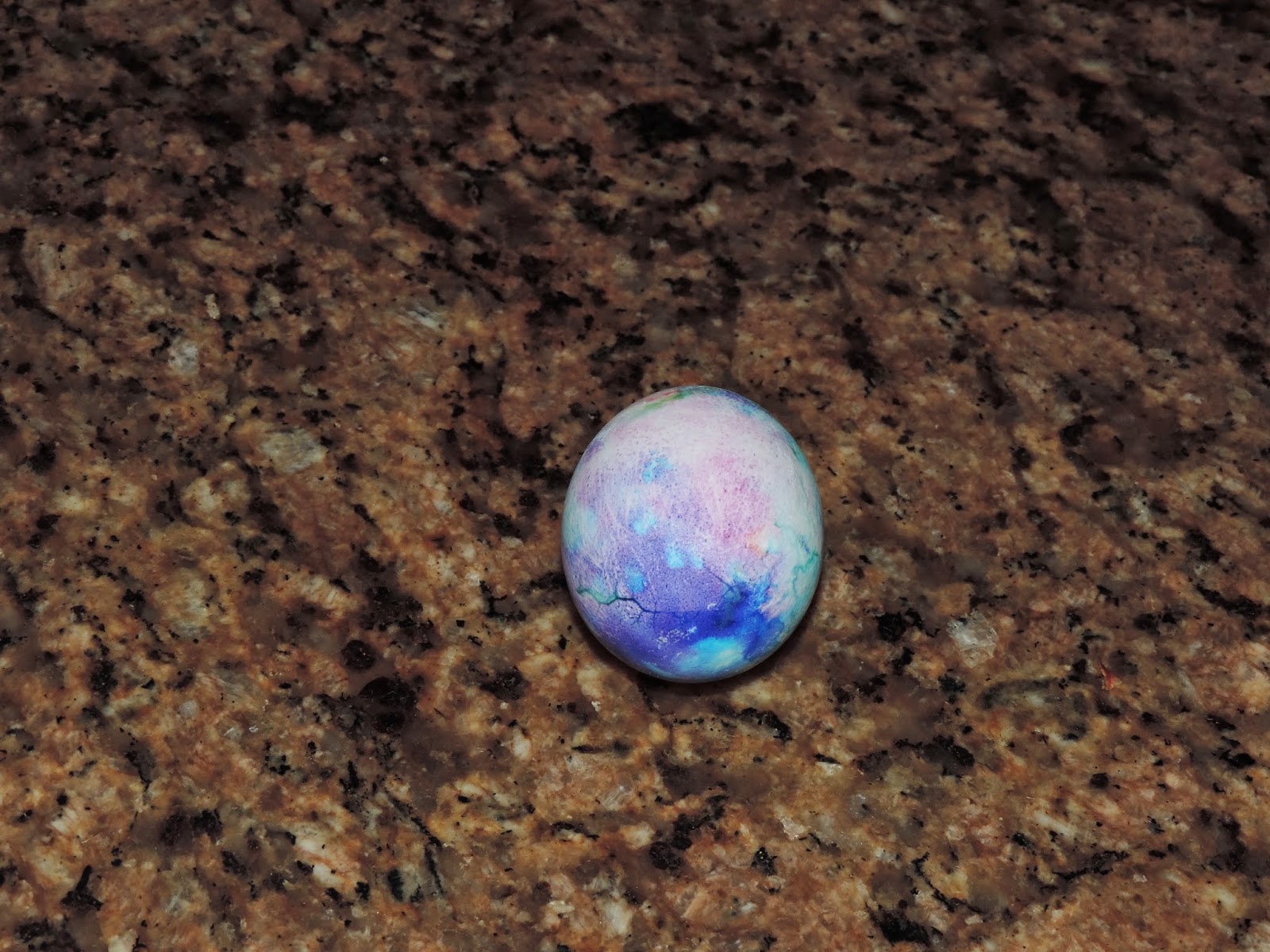 This one turned out the best. 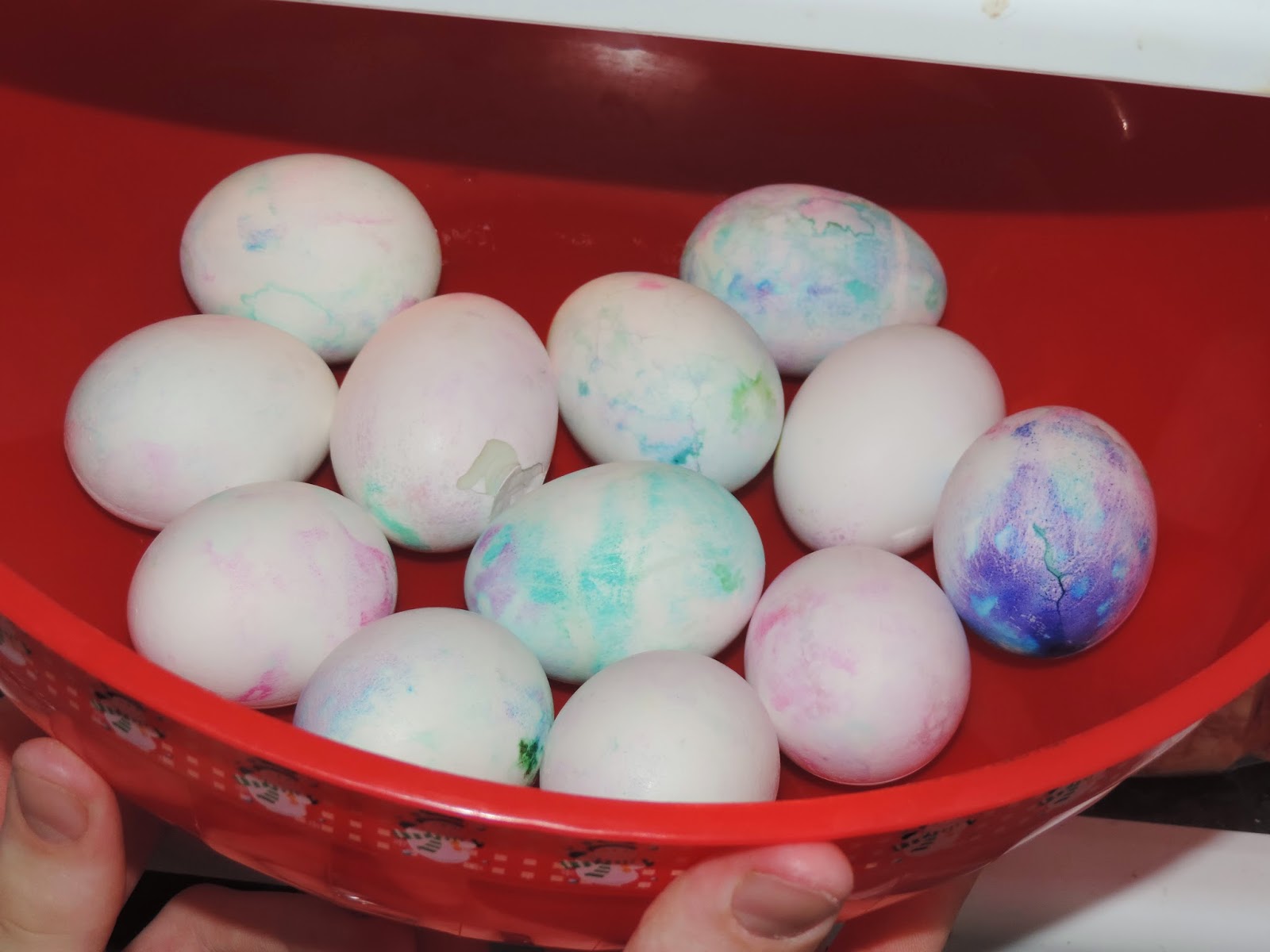 The rest were pretty light.

Sometimes I feel guilty for not sharing more pictures of the older kids. 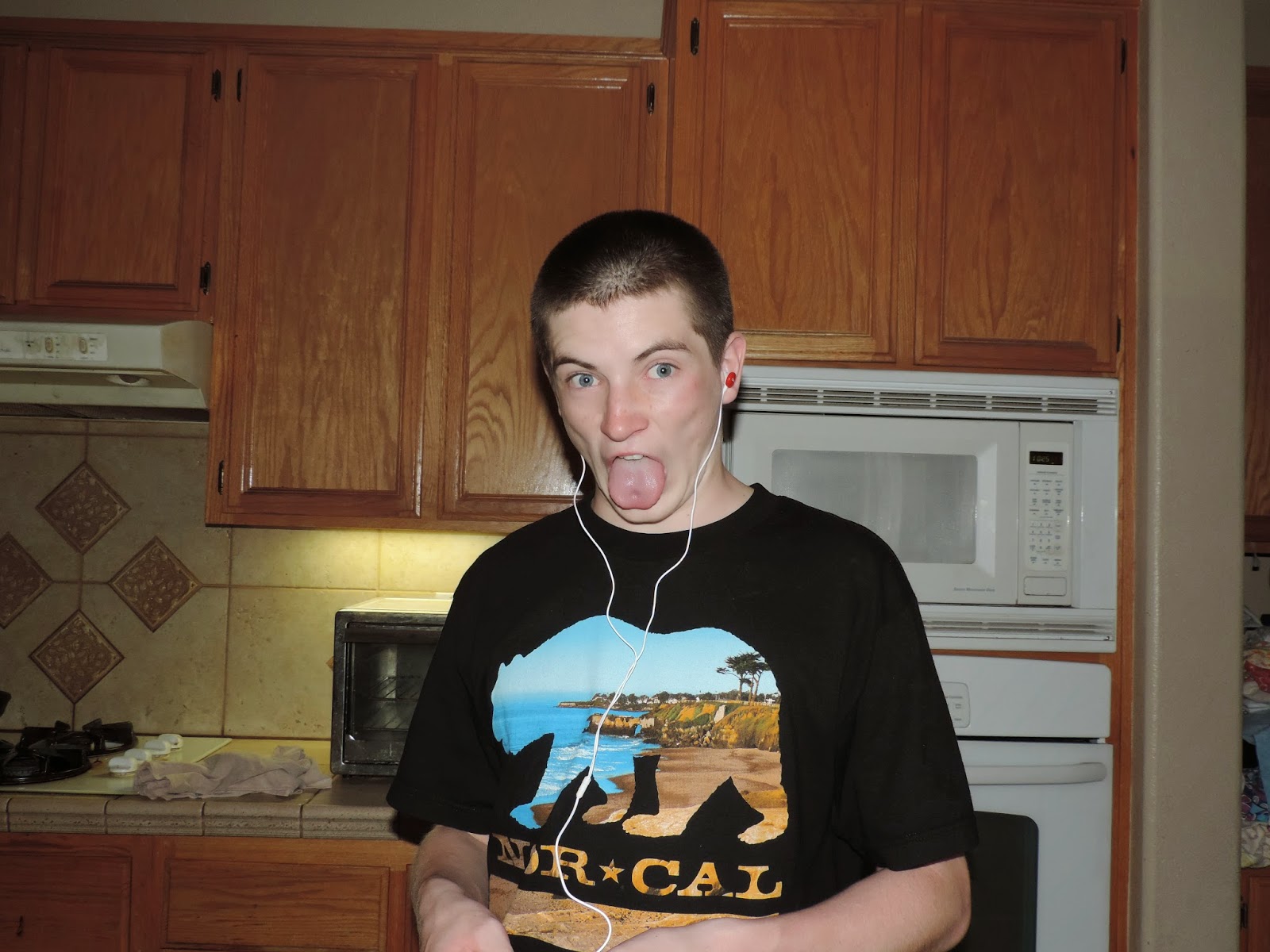 Seems like ALL the weekly pictures are Brianna, Eli, and Jack, with a smattering of Katie and a few of Hannah. Then again, maybe there's a reason I seldom show Sam and Josiah...

This week, we listened to the book of Esther, and we read about Babylon and Athens and Archimedes (Brianna blames him for having to figure out the area of a cylinder in math). 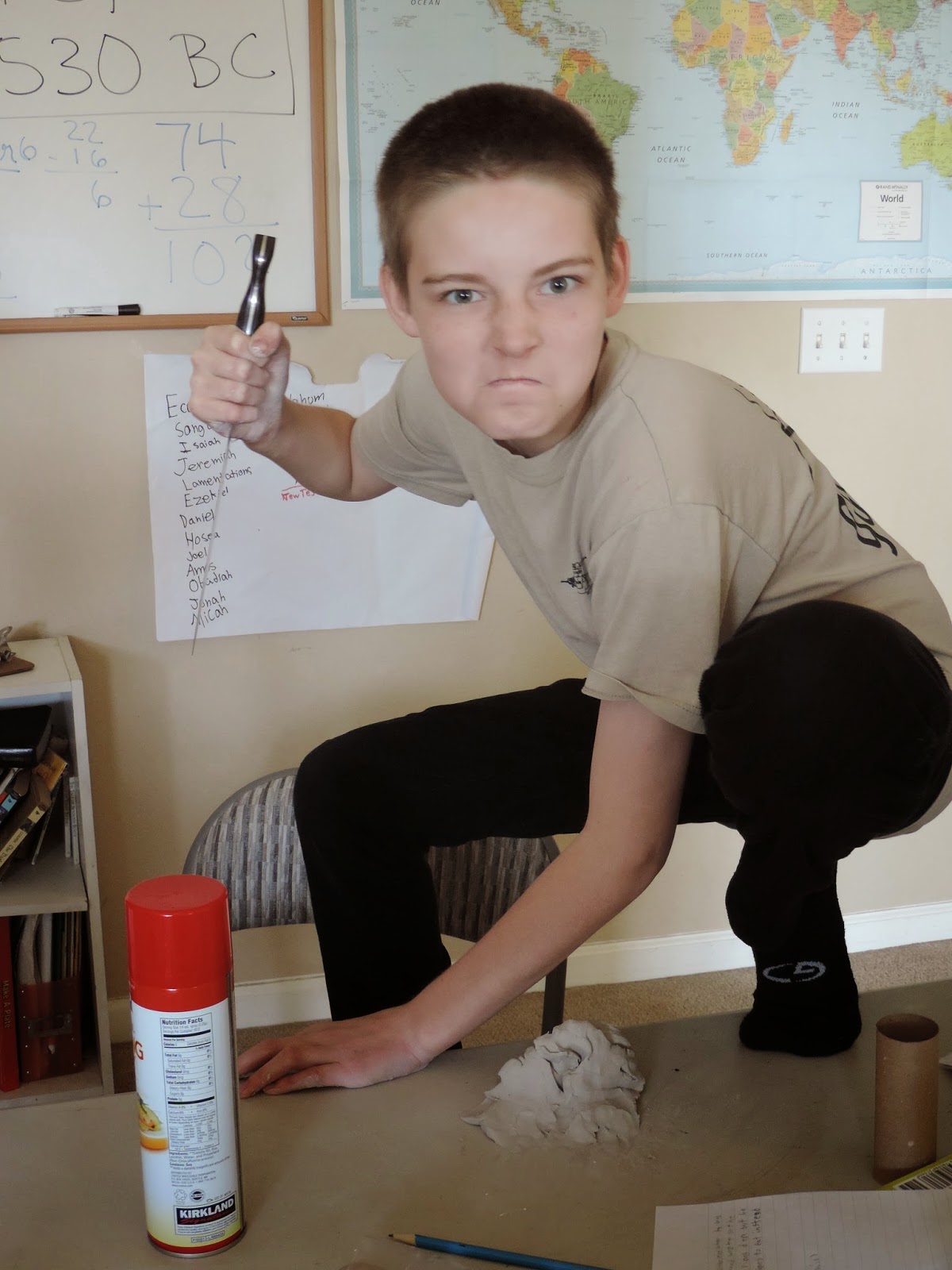 Yes, my son is crouching on the table with a butcher knife.  This isn't how you divide clay?? 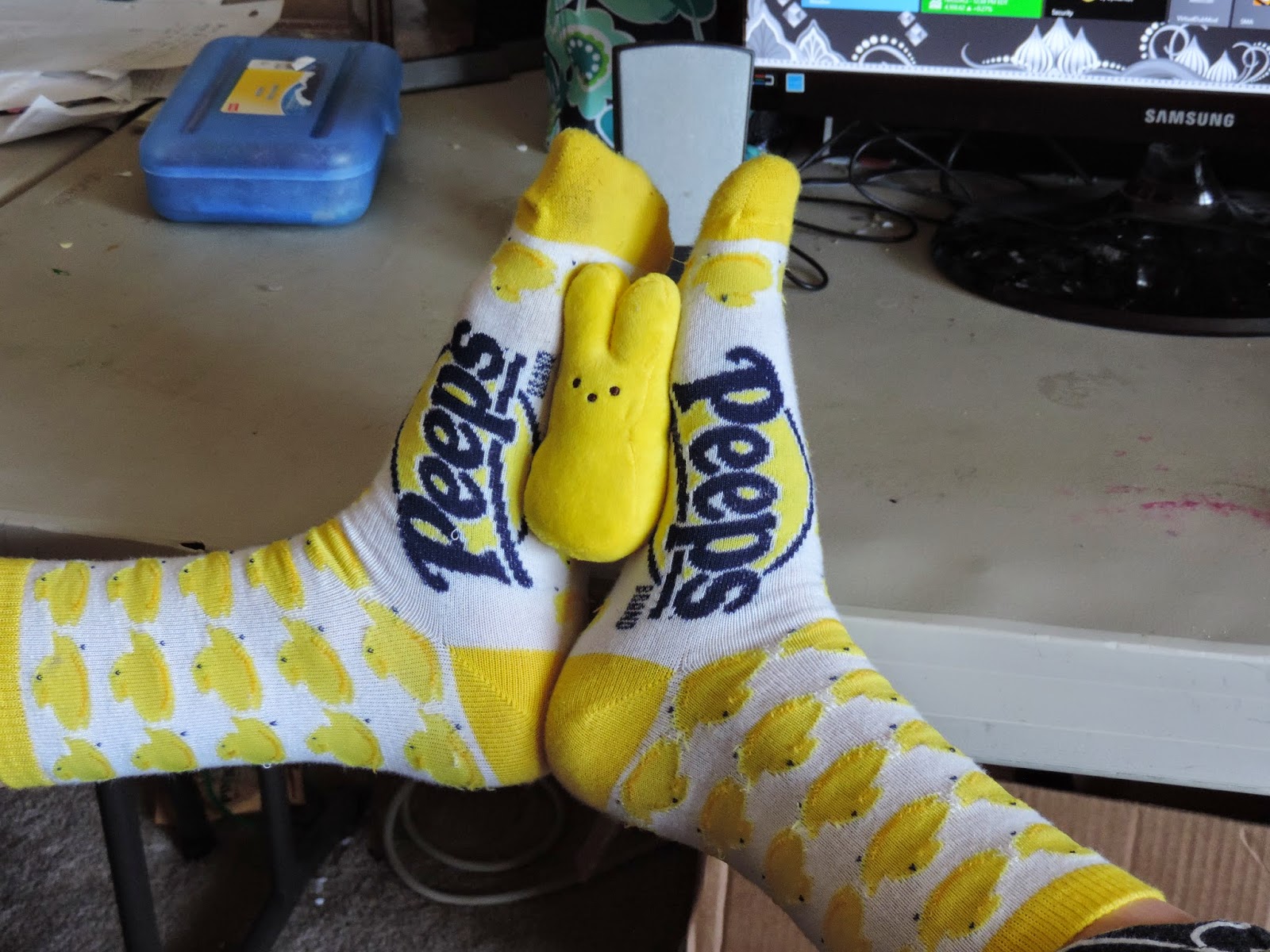 Between Disneyland and being sick, I didn't quite manage Easter "baskets" this year, but we had Easter "piles," and Bri is showing off her Peeps socks and her little stuffed Peep! 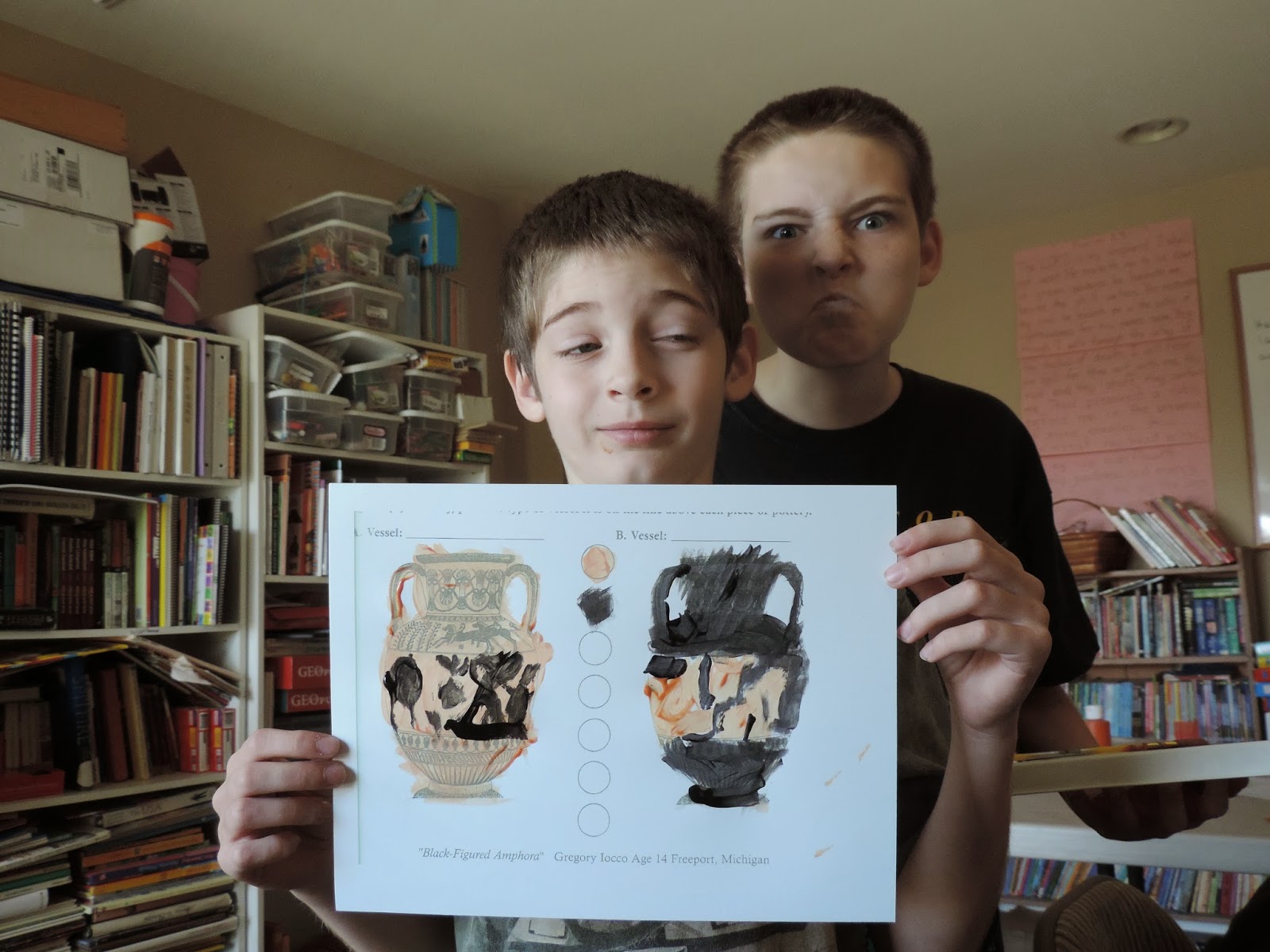 I think we're finally starting to get tired of Greek pottery.  We've worked on several projects about it now.  This one was an exercise in mixing paints and looking at the light against dark and the dark against light styles. 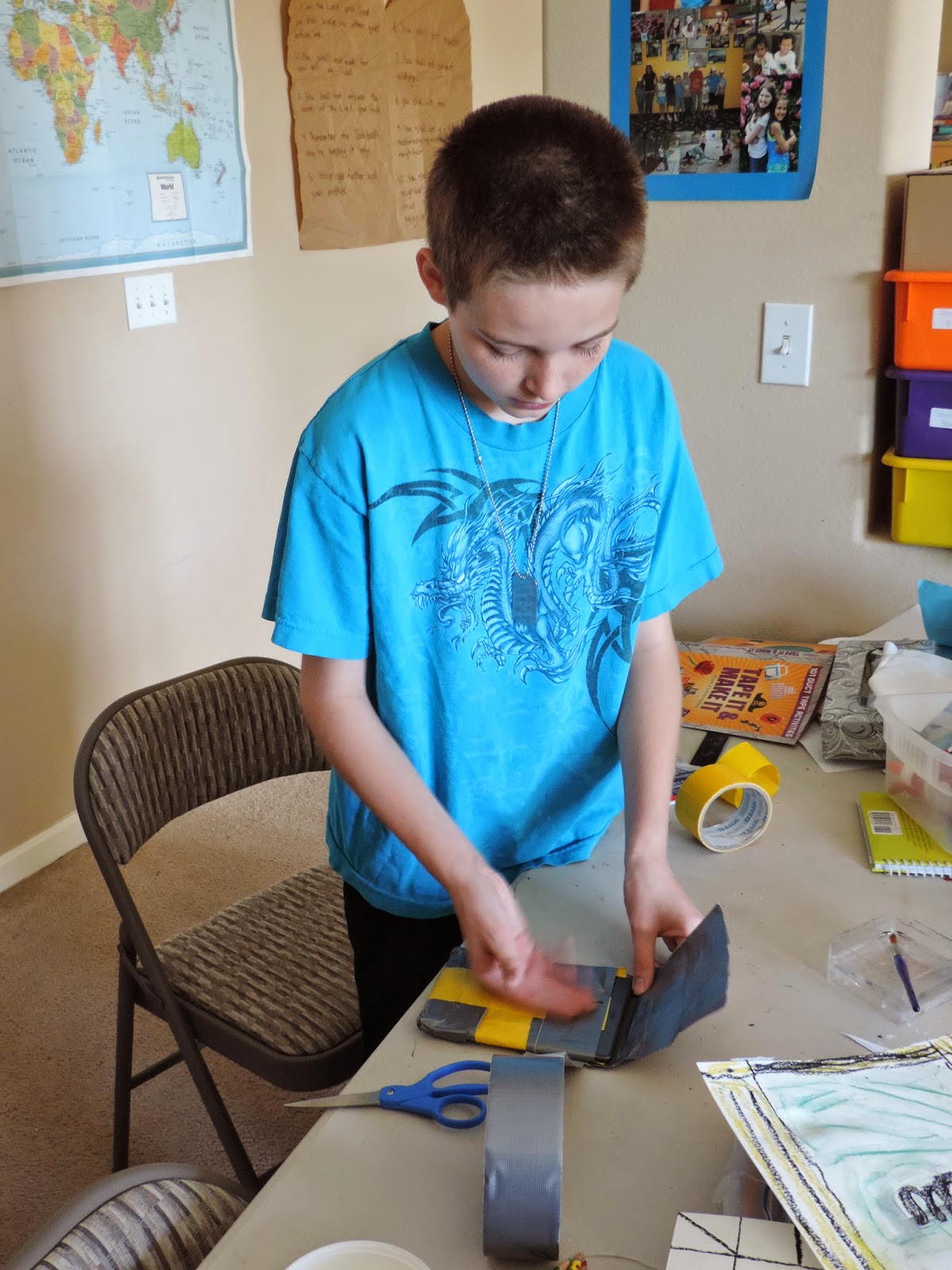 Remember the duct tape that came in the Old Spice suitcase?  Eli got a duct tape book in his Easter pile, so he started creating. 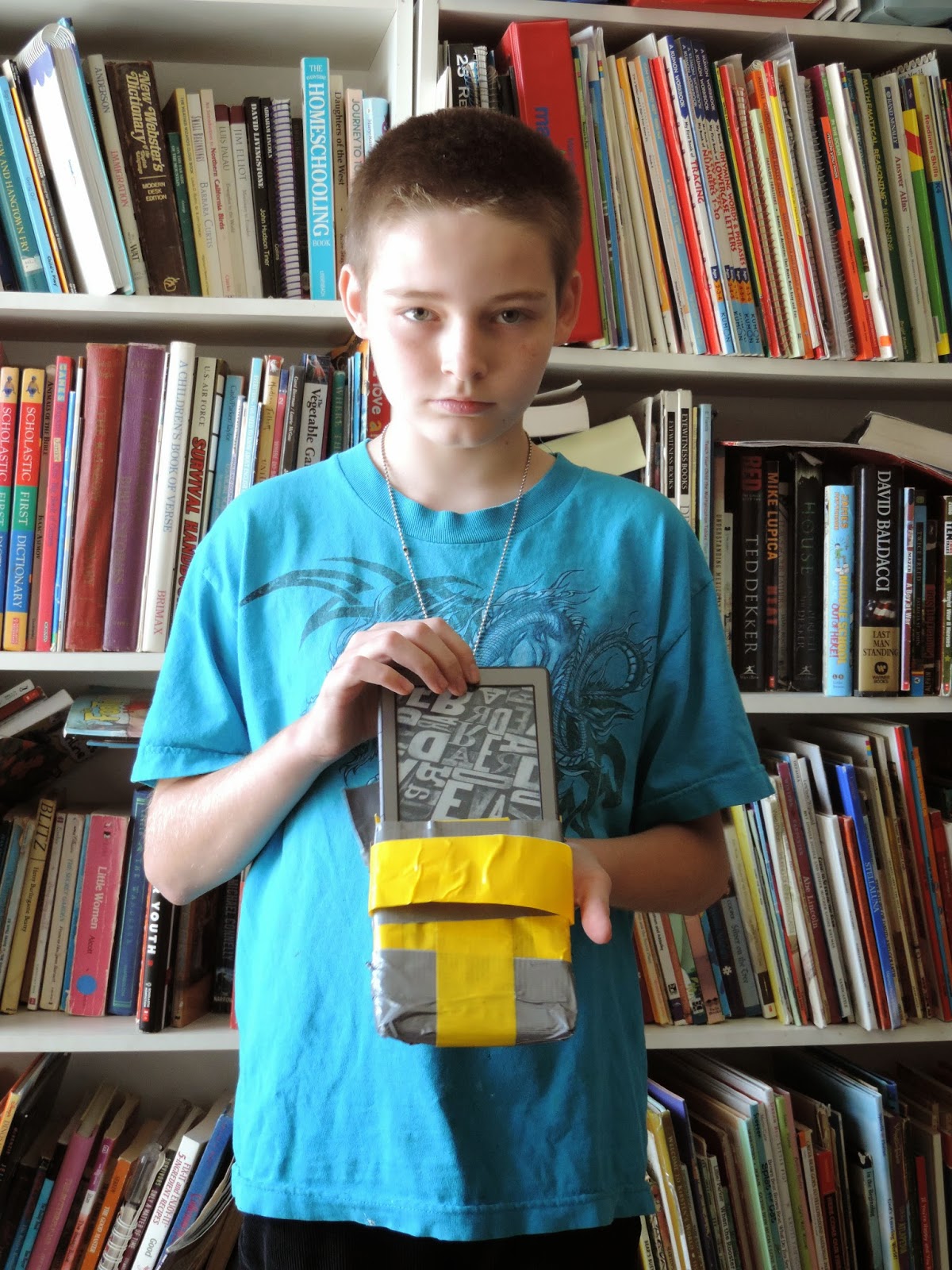 He made a case for his Kindle. 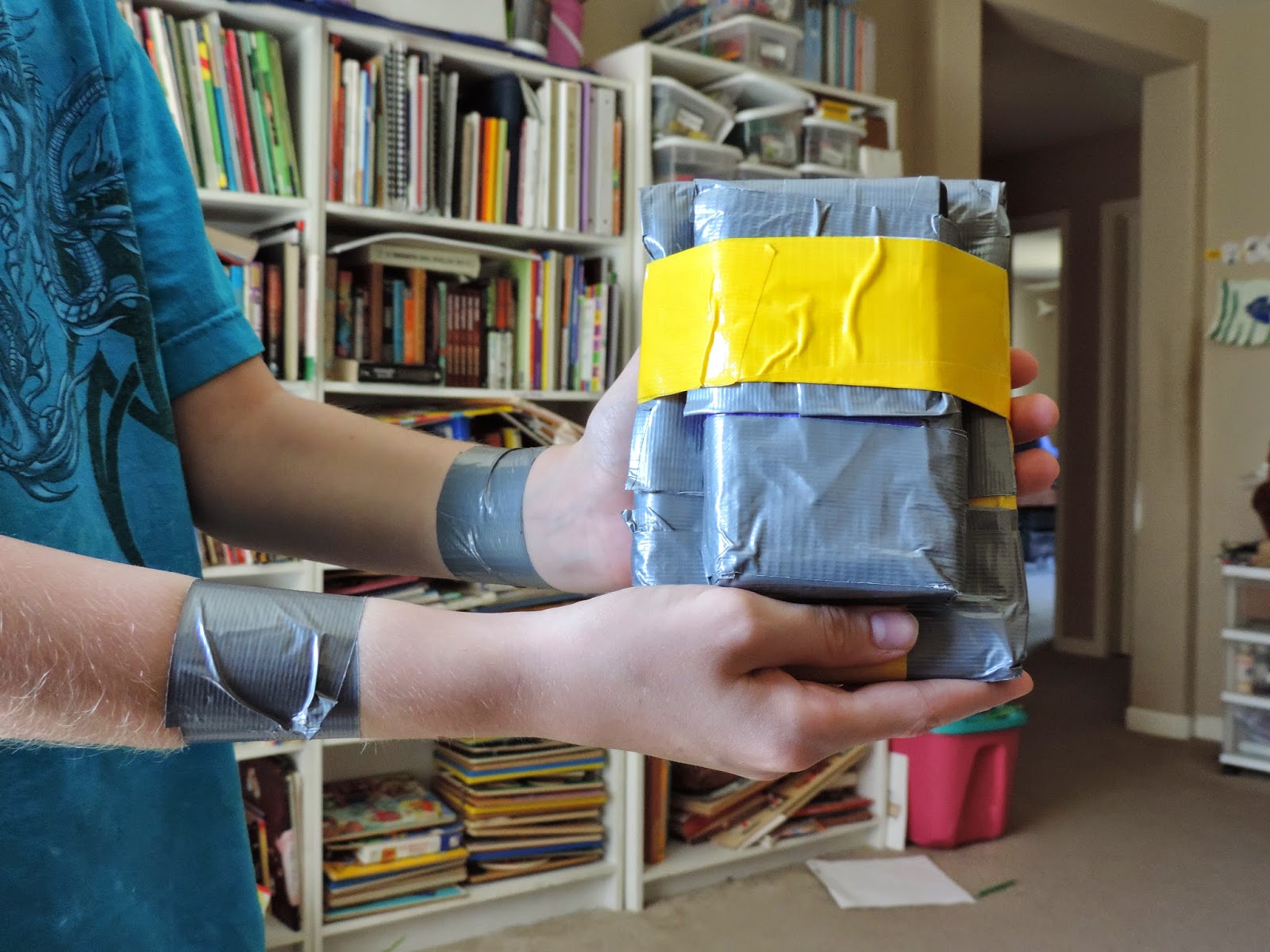 Then he modified it to hold not only his Kindle, but his game boy, too. 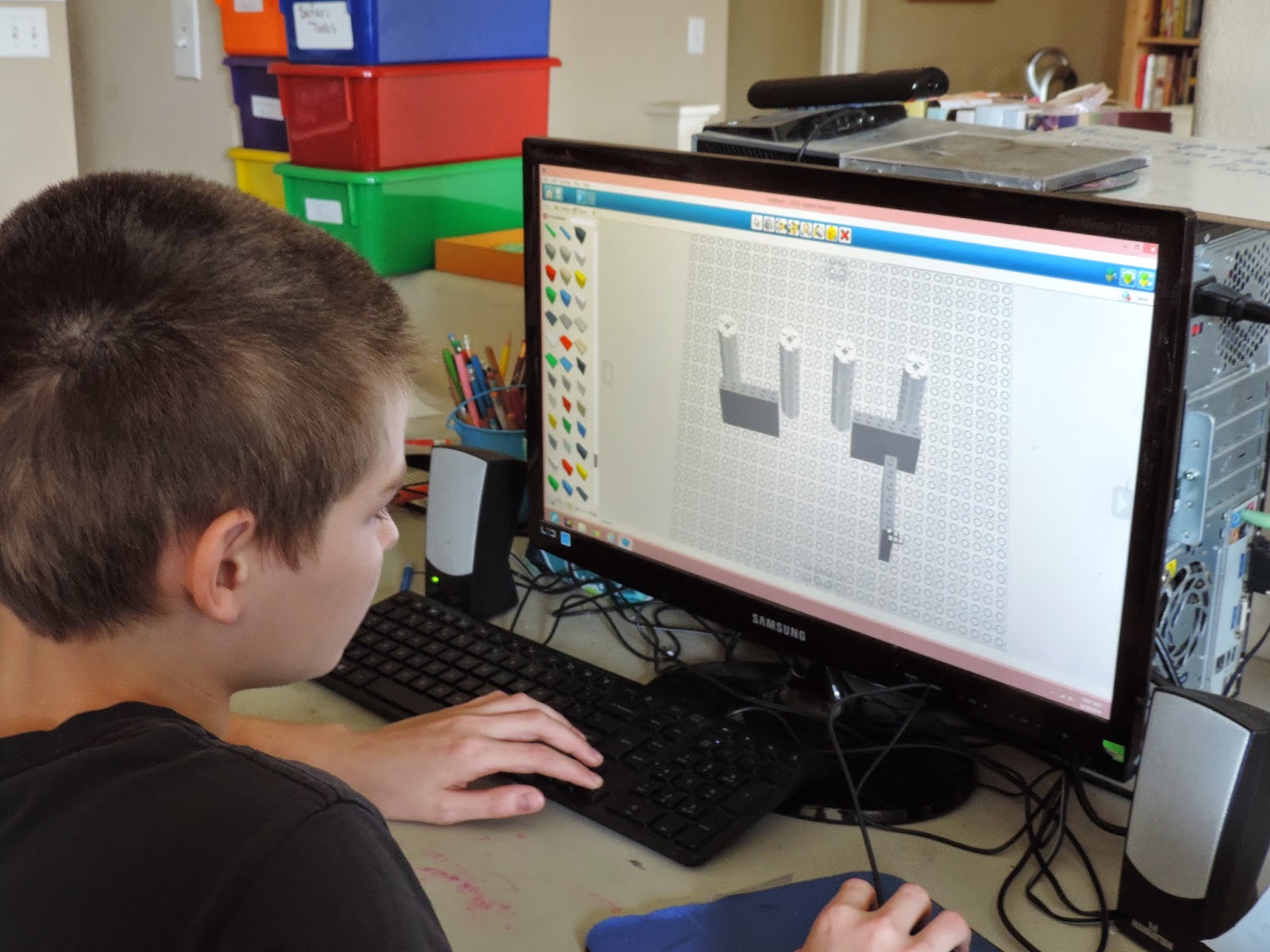 This week in Art, we studied Greek columns.  Eli rushed to the computer to show me how he can make fluted Lego columns, which I thought was pretty cool. 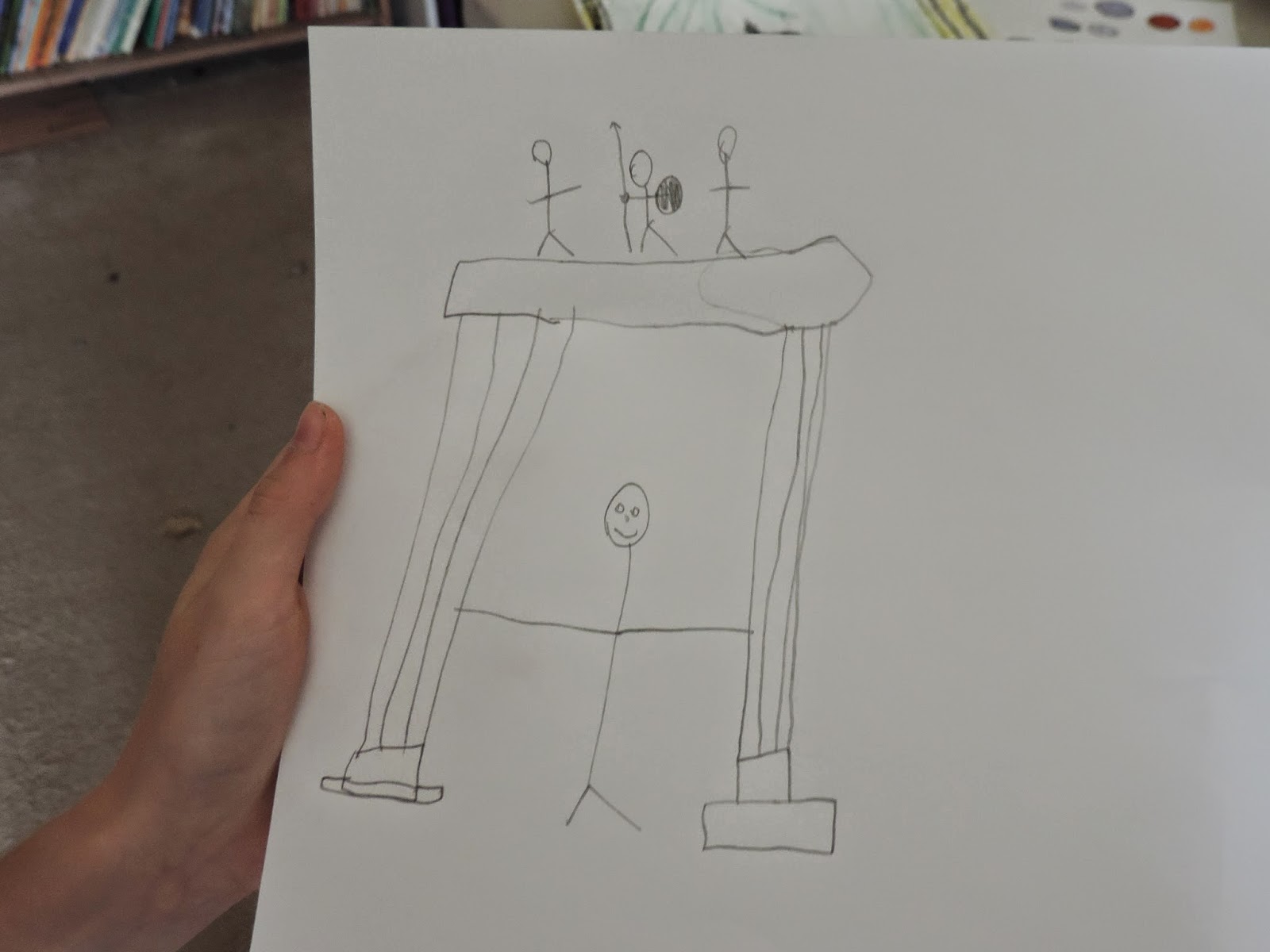 Jack turned his columns into a picture of Samson.

Looking forward, we get to read about Greece's Golden Age, the rebuilding of Jerusalem's wall, and more.  Hard to believe we only have TWO WEEKS of our base curriculum left for this school year!  We'll continue on with math, spelling, and a variety of other things (review schooling), but our My Father's World year is wrapping up.  Time to get next year planned!