Getting Started With Coconut Oil 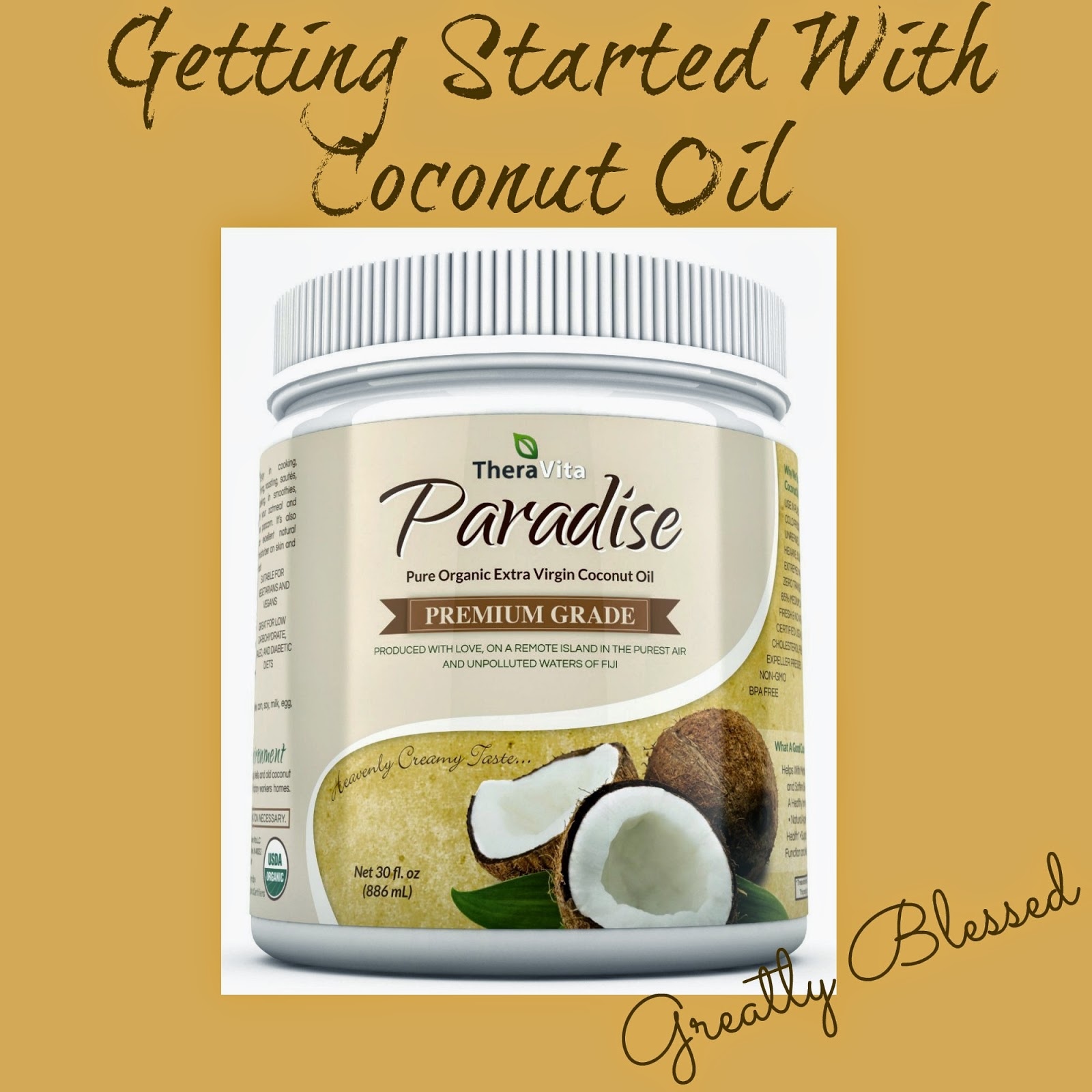 Coconut oil.  Sounds vaguely exotic at first hearing.  Makes me think of Hawaii.  Actually, I hadn't really thought about coconut oil much at all until a blog I follow mentioned it a while back.  She mentioned it in the context of oil pulling, which sounded kind of gross to me at the time.  But she's a blogger I respect, so I tried to keep an open mind.

Then I got into essential oils.  Some of which need to be diluted.  And I started hearing about using coconut oil to dilute them.

So when the chance to review Paradise Coconut Oil

from TheraVita came up, I decided it was time to give it a shot.

When my coconut oil arrived, it was a hot day, and the oil was in liquid form from being in the back of a warm brown truck.  However, coconut oil is actually semi-solid at room temperature.  It's kind of like shortening. 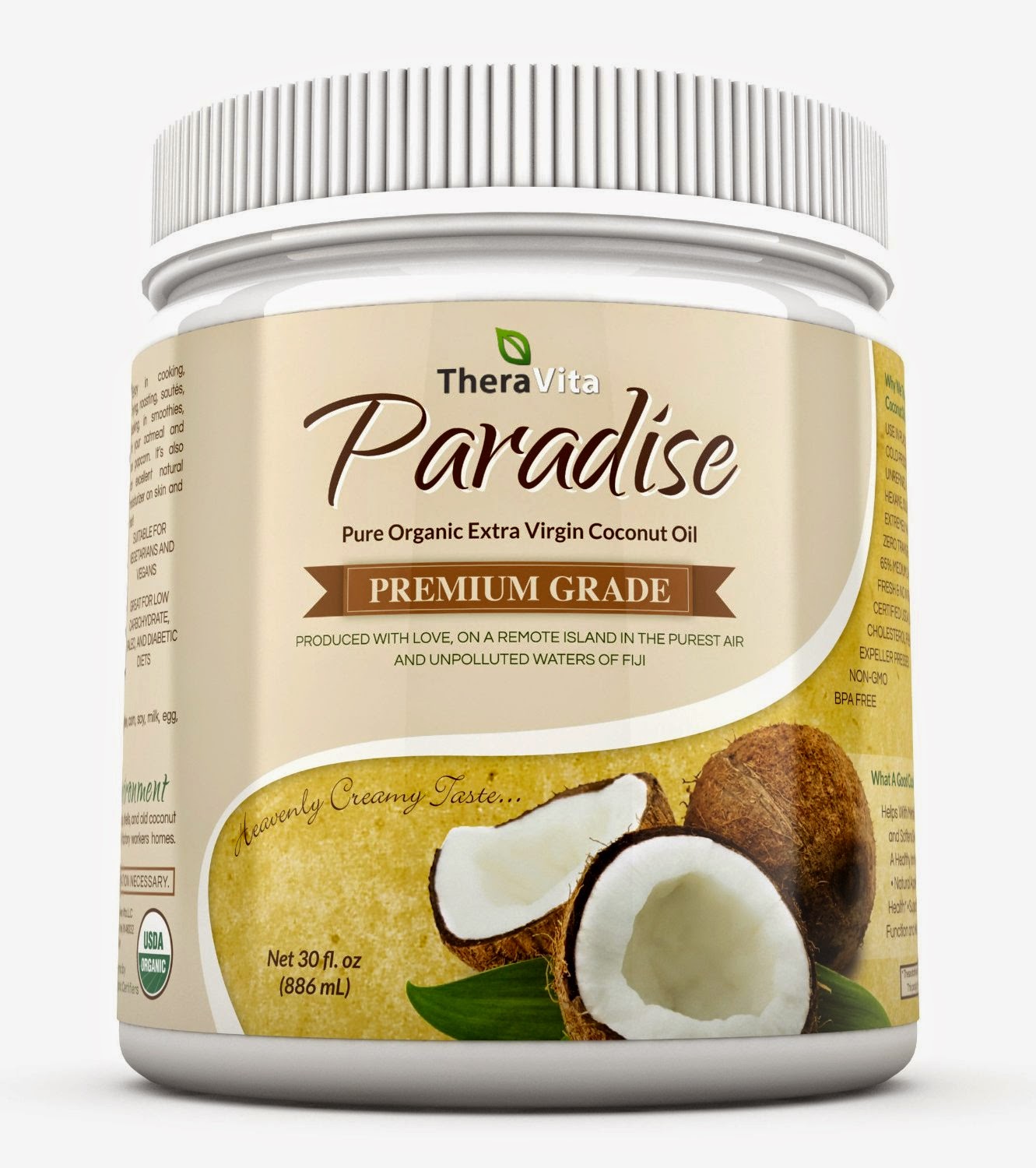 It re-solidified after cooling off, and I set about trying out oil pulling.  What is oil pulling?  The idea is that you swish the oil around in your mouth and it helps remove harmful bacteria, as well as fighting gingivitis, and even helping to remineralize your teeth. 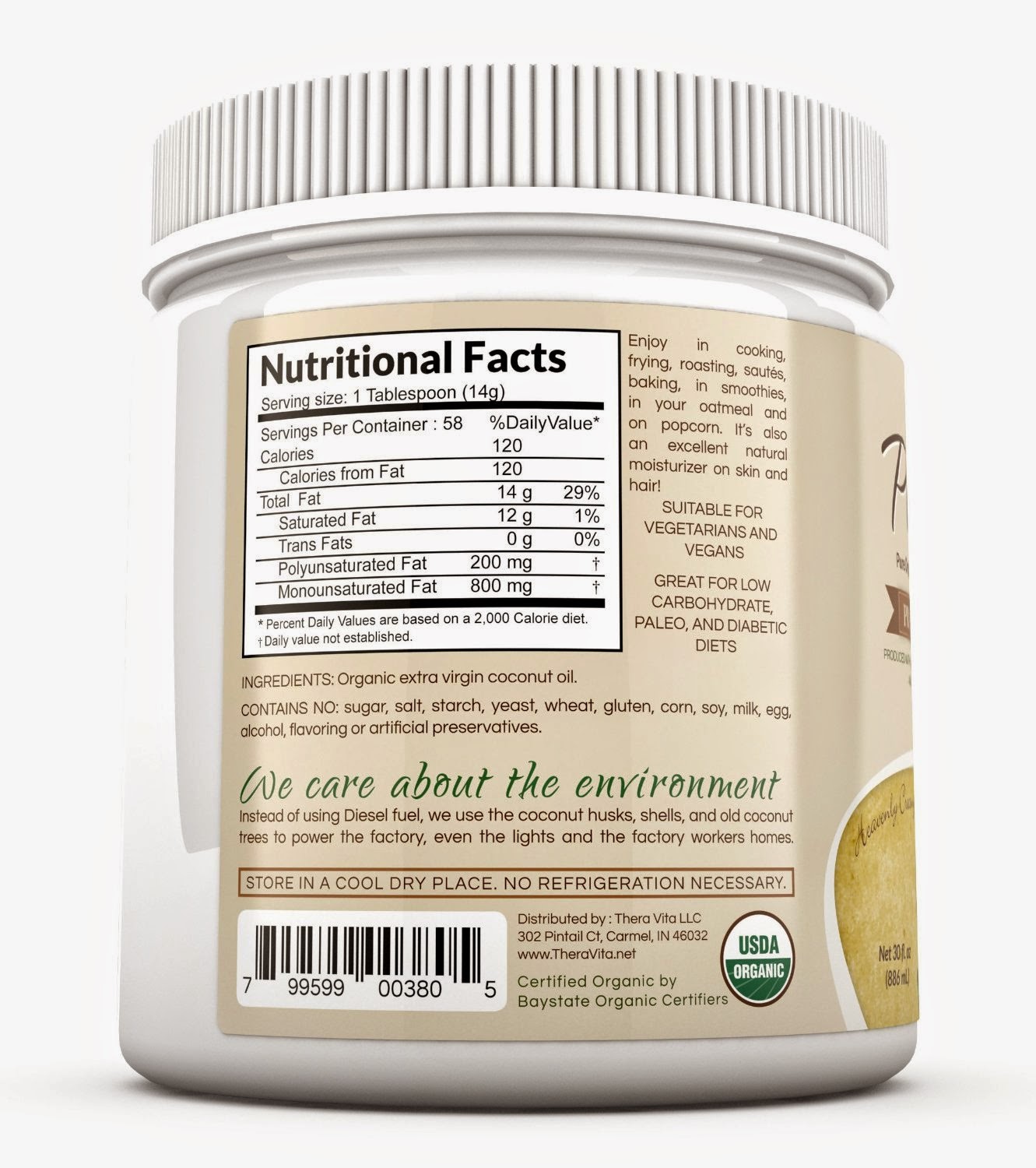 The first time I tried it, I used straight coconut oil.  It was... different, but not horrible.  I realized I was going to need a plan for disposing of the used oil after swishing.  I remembered that we had some leftover paper cups, so I brought some of those upstairs to expectorate the oil into.

Since then I've been adding different essential oils to the coconut oil, to change things up, flavor wise.  Peppermint would be the obvious one, for freshening one's breath.  I found one drop was not quite enough, but 2 or 3 was good.  Thieves oil was okay.  I like the smell better than the taste, though.  I've read that Tea Tree or Basil are good for owies in the mouth, but I haven't tried those.  Citrus oils are pleasant tasting. 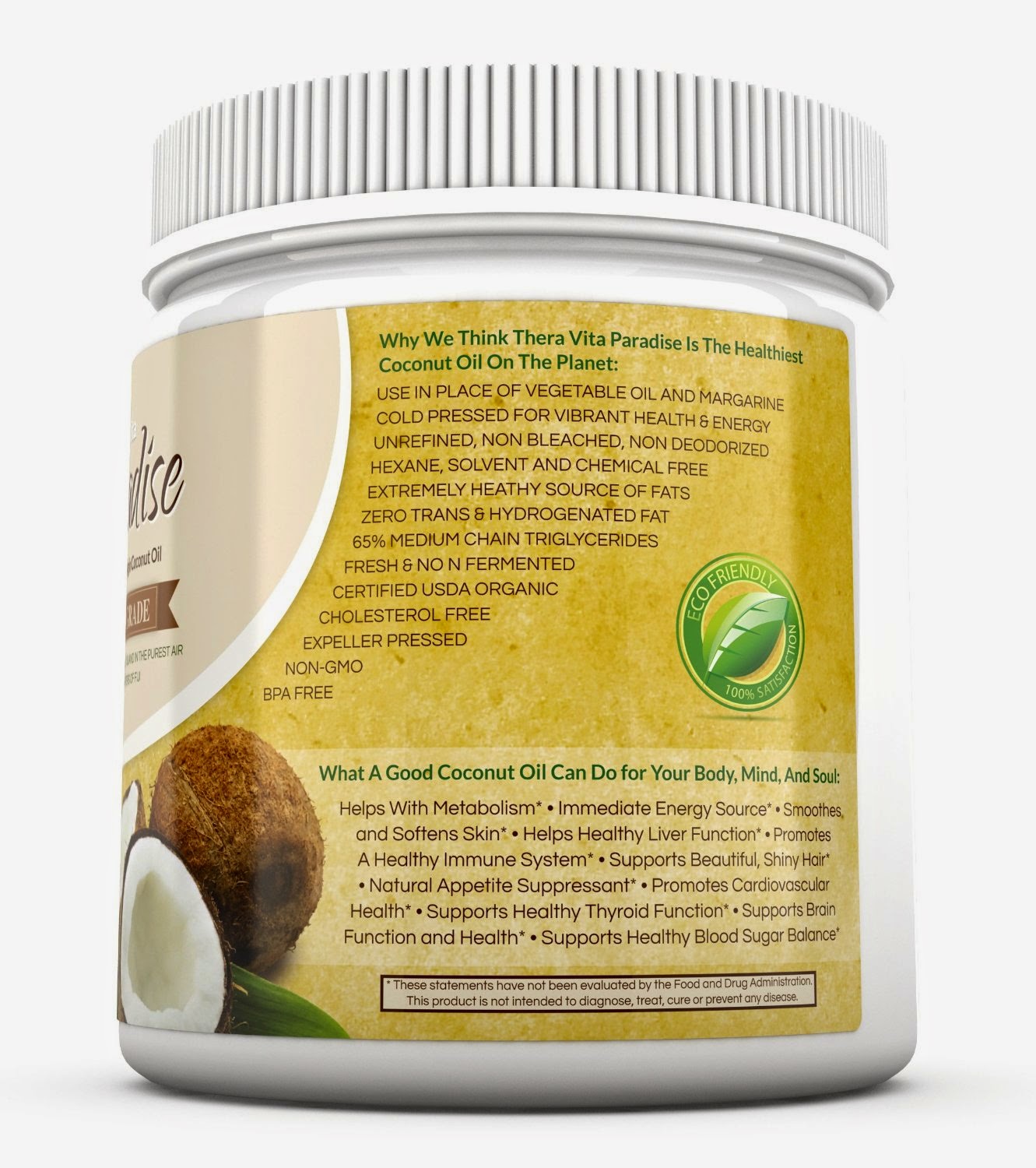 As mentioned, you can use coconut oil to dilute essential oils before applying to the skin.  Coconut oil melts at body temperature, so it's easy to work with for massage.

I recently read about someone using coconut oil on their face.  I thought, "Oil??  On the face?  That's just asking for acne!"  But I had a rough patch of dry skin, so I tried a swipe of coconut oil on it.  It felt nice.  I put it on 2 mornings after getting out of the shower, and on the 3rd morning, I noticed that patch wasn't dry any more.  I went ahead and swiped some on anyway, just for extra moisture.

Luke's skin is dry and he's been scratching his legs and leaving marks on them (I noticed as I was getting him into his wheelchair to get on the bus the other day).  I'm going to try coconut oil on his skin.

Coconut oil can also be used for cooking and in smoothies.  I'm happy I got the chance to try out Paradise Coconut Oil, and I can see it's useful for a variety of applications.

I received one or more of the products mentioned above for free using Tomoson.com. Regardless, I only recommend products or services I use personally and believe will be good for my readers.