Our Fourth Week of School 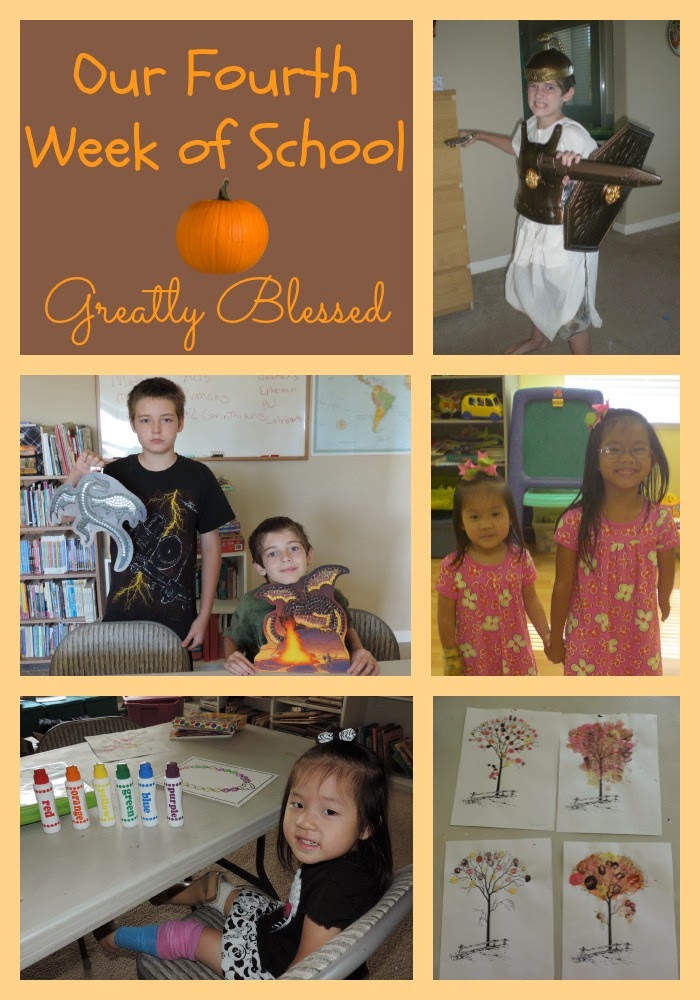 Lots of fun going on this week! 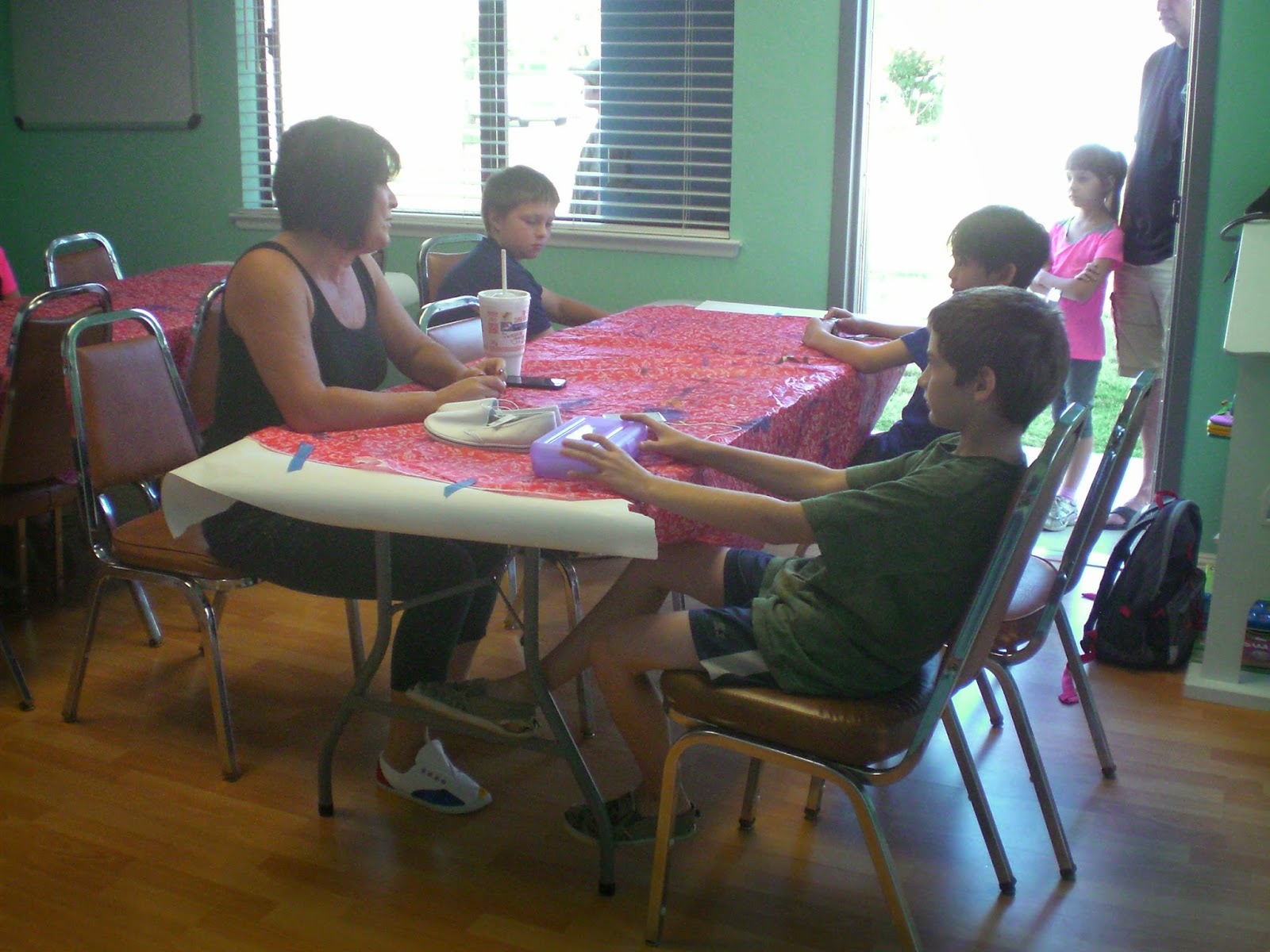 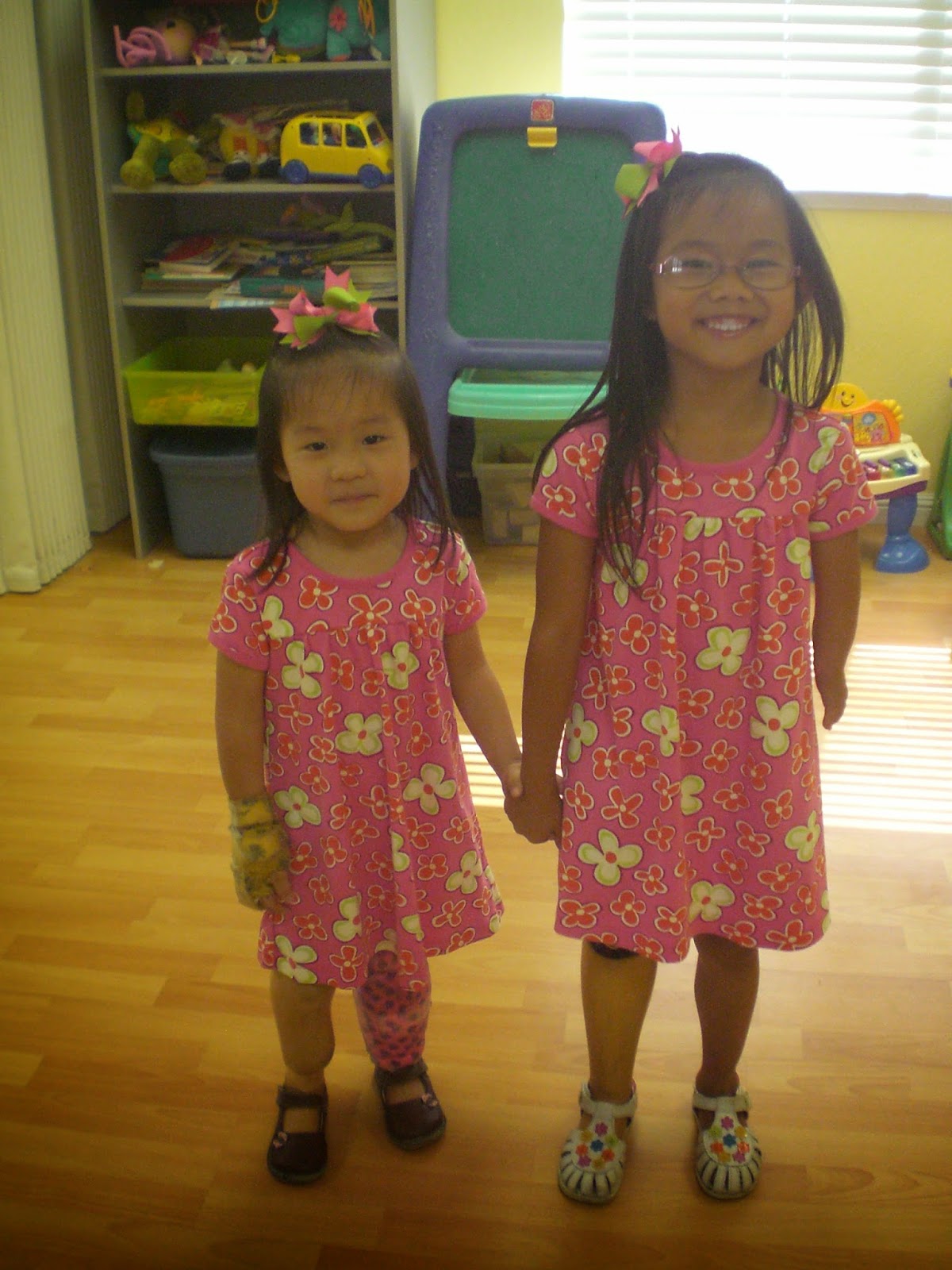 Since Hannah is off track, she came with us. 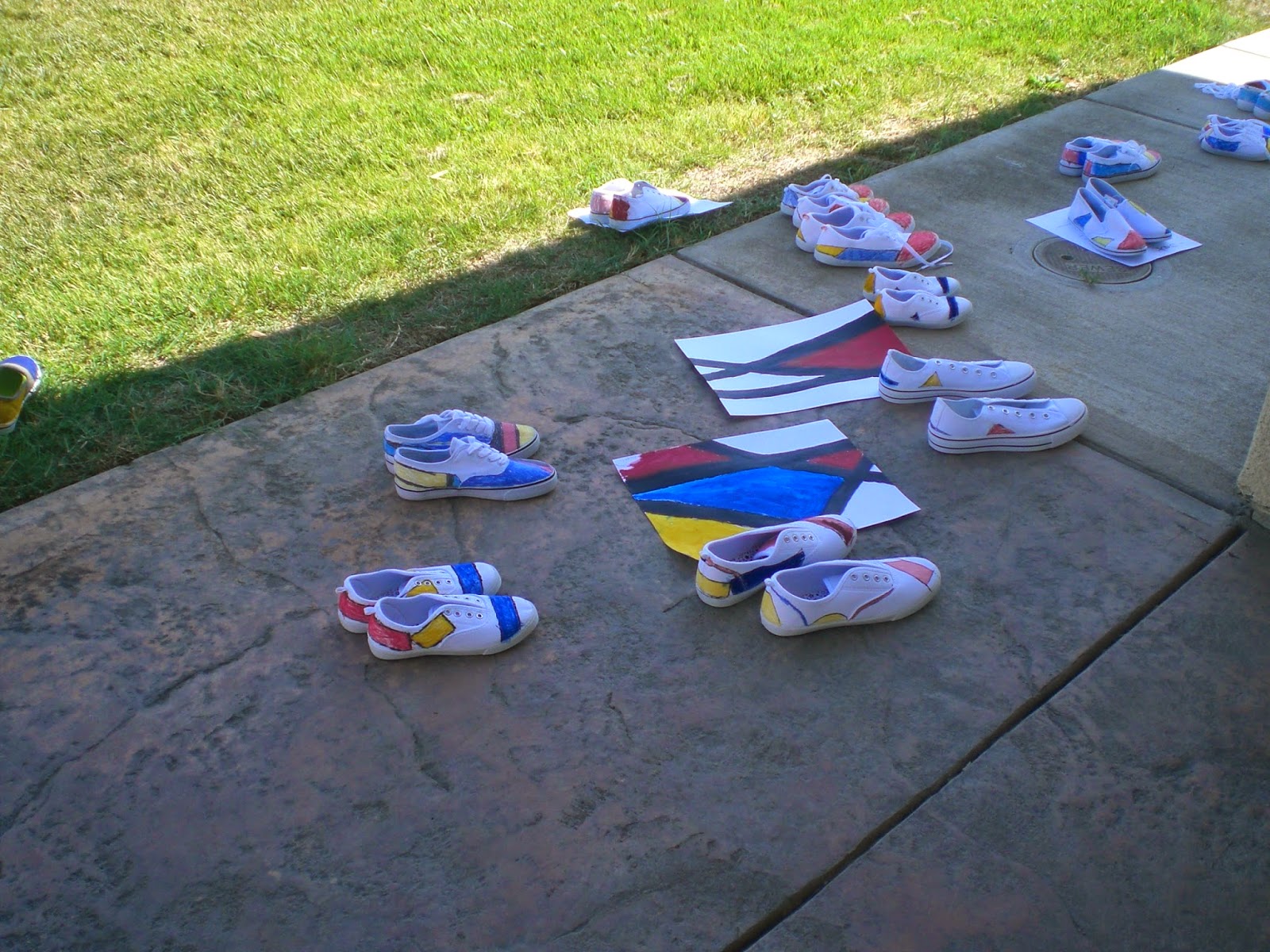 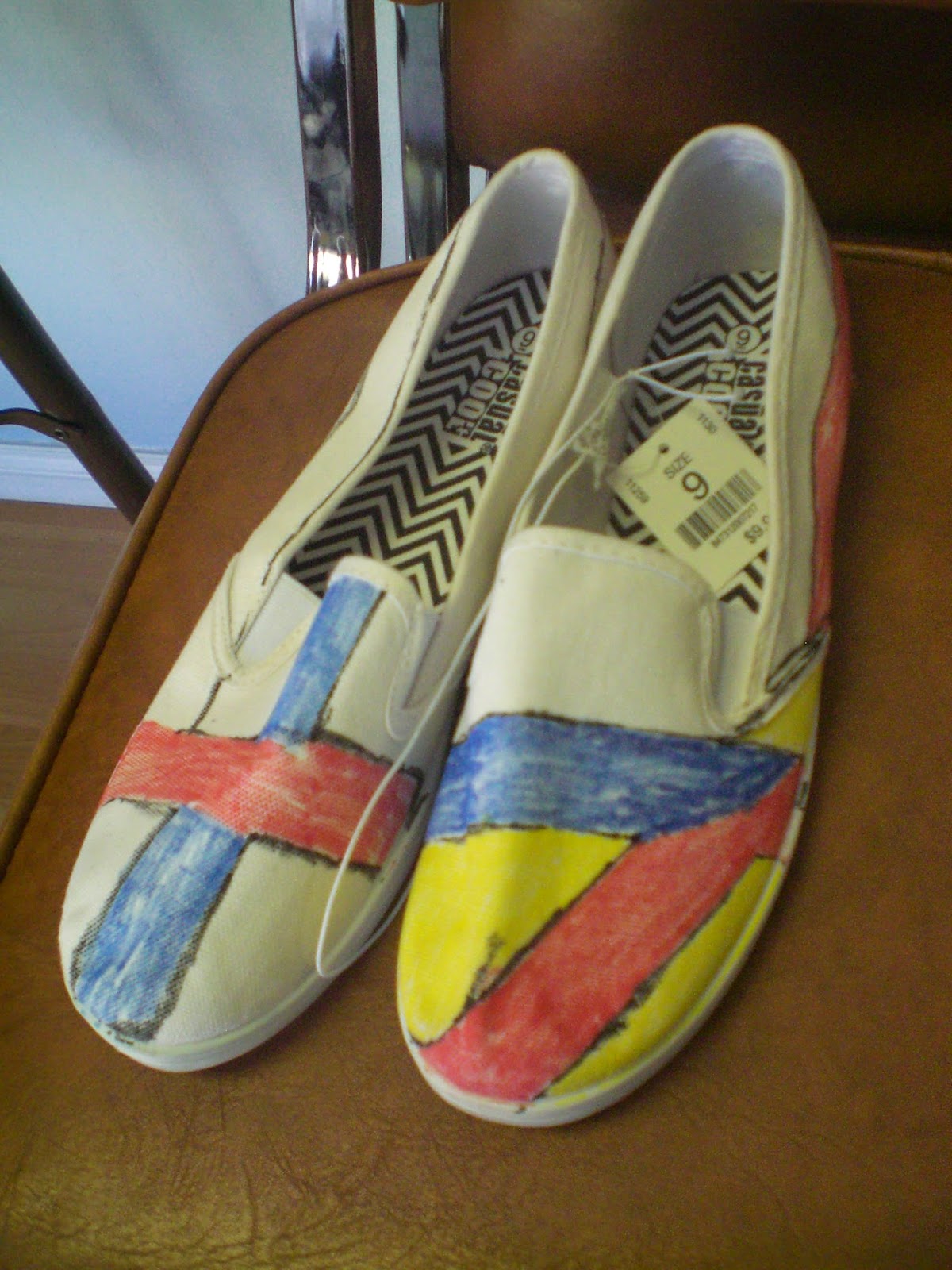 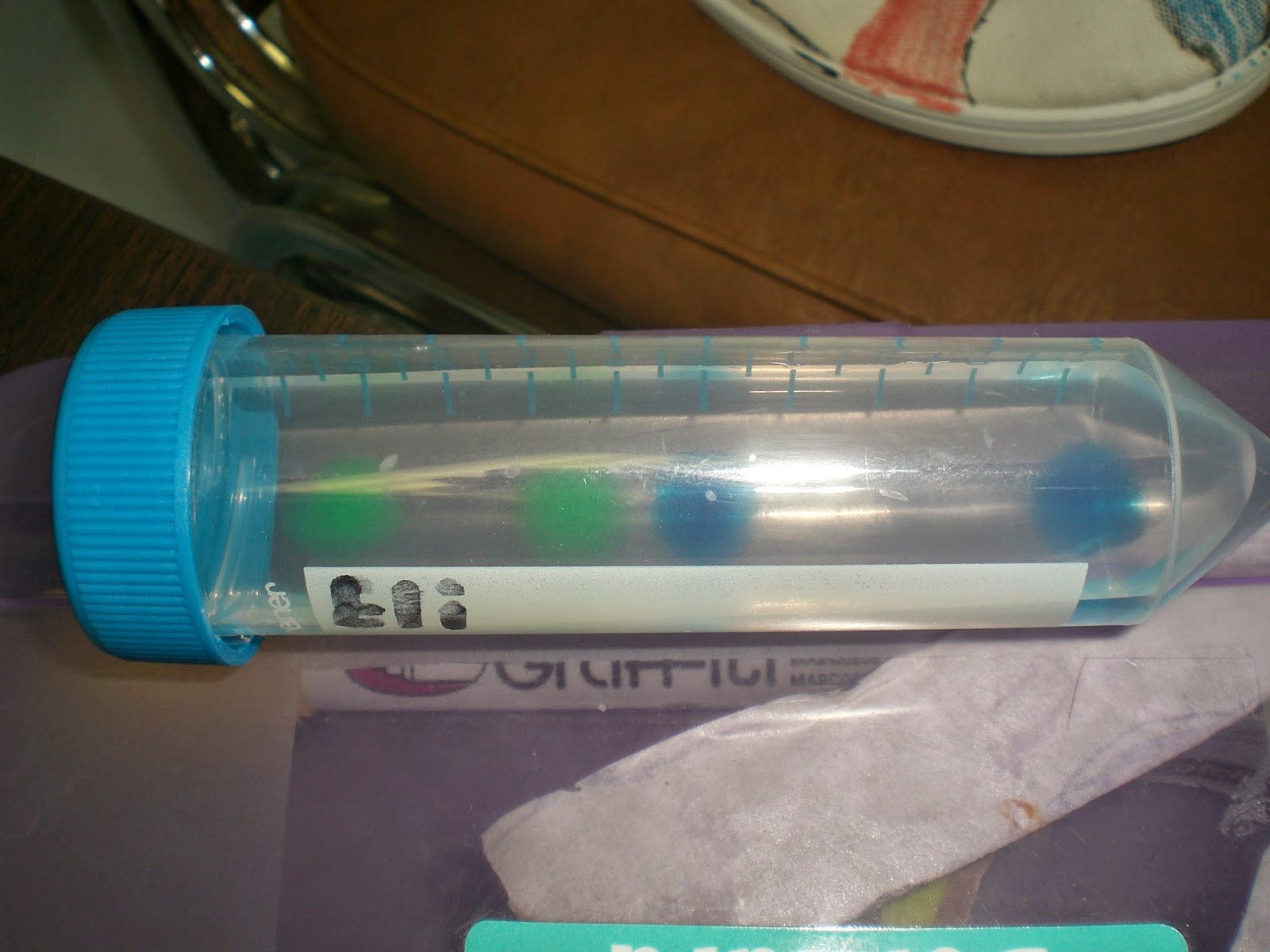 In Science, the kids are learning about the states of matter.  These test tubes represent solid, liquid and gas. 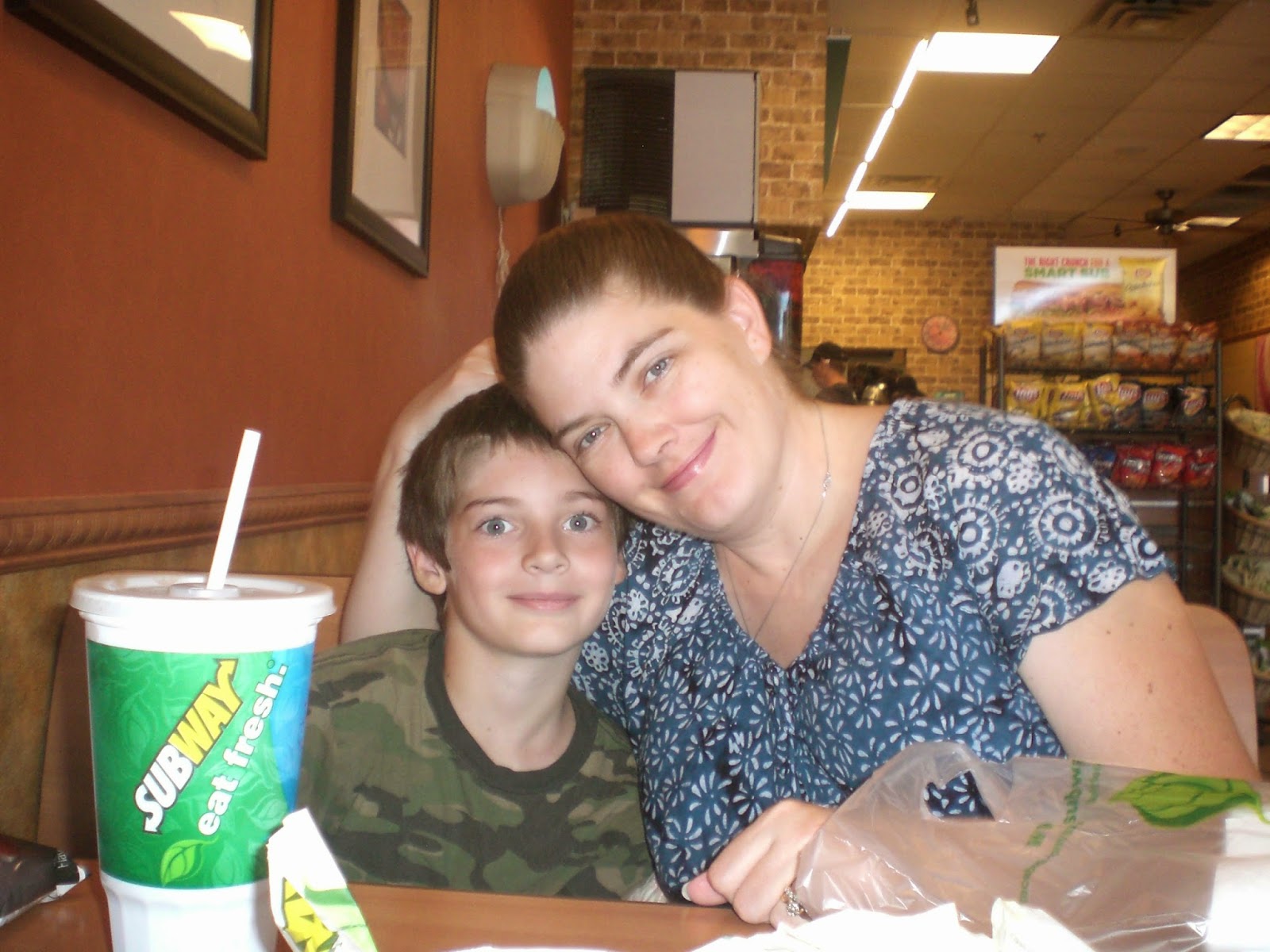 Paul took Hannah and Katie to the firehouse one day for a promotional ceremony, so I took Jack & Eli out to lunch while Luke was at school. 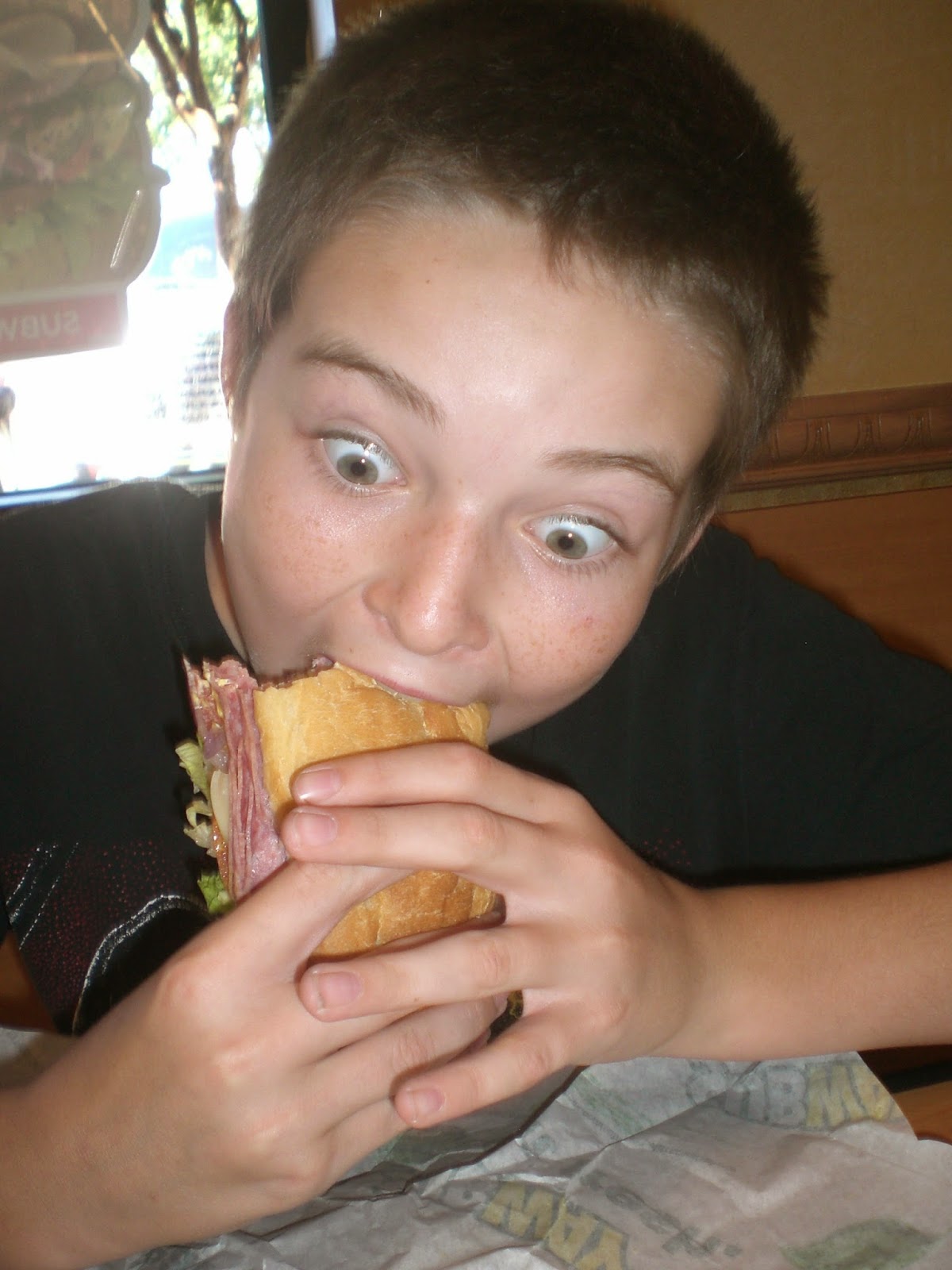 Eli had "rescued" some Subway coupons that came in the mail from the recycling, and he kept bugging me to go use them.  So I gave him some money and he paid for his $5 lunch deal with one coupon, while I used another one to get Jack and I a B1G1F deal.  Lunch ended up being $12 for 3 people.  Homeschoolers turn everything into a learning opportunity, right? 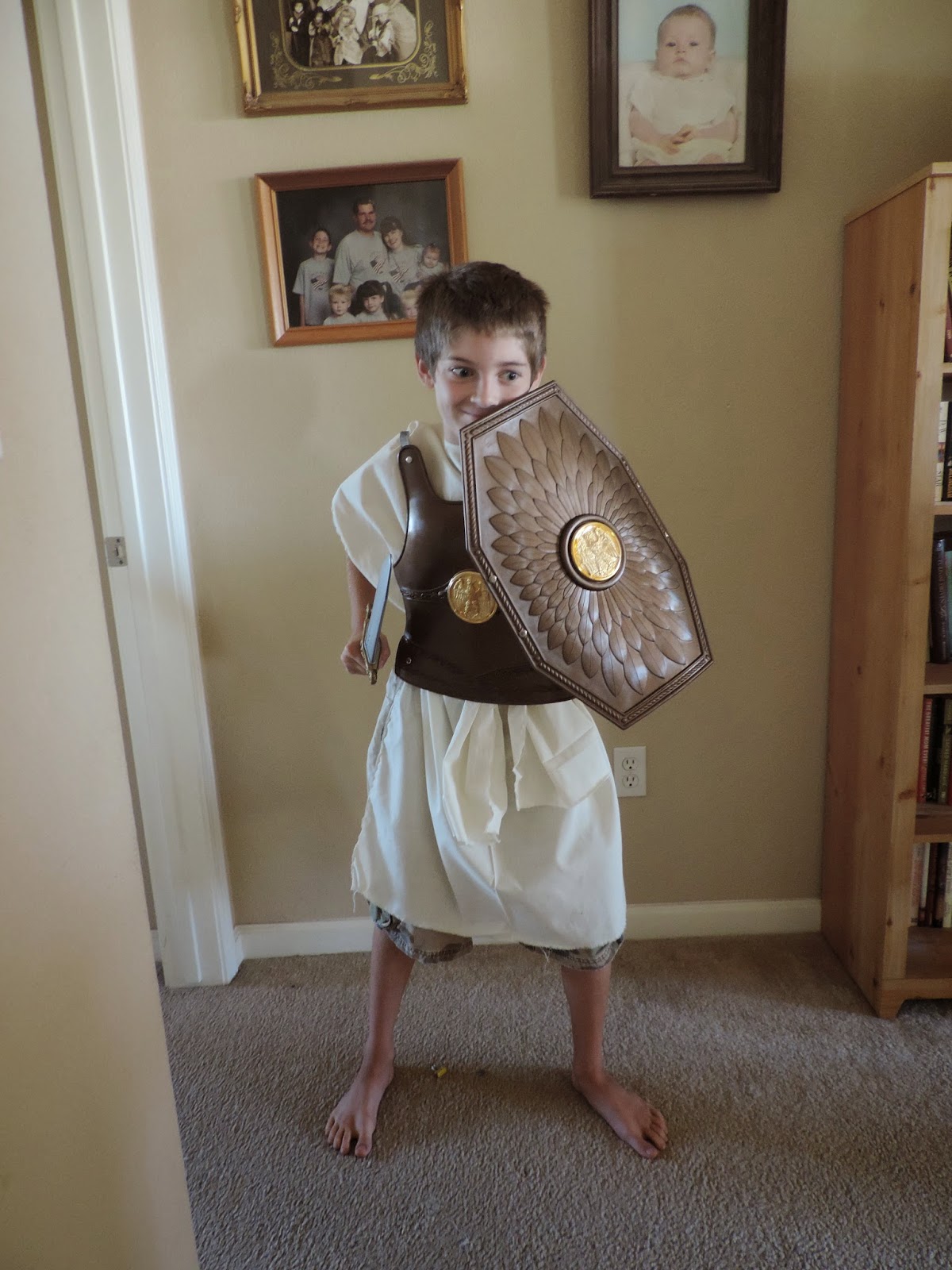 Since the curriculum we're doing this year is called Rome to the Reformation, we had a Roman Soldier visit the class. 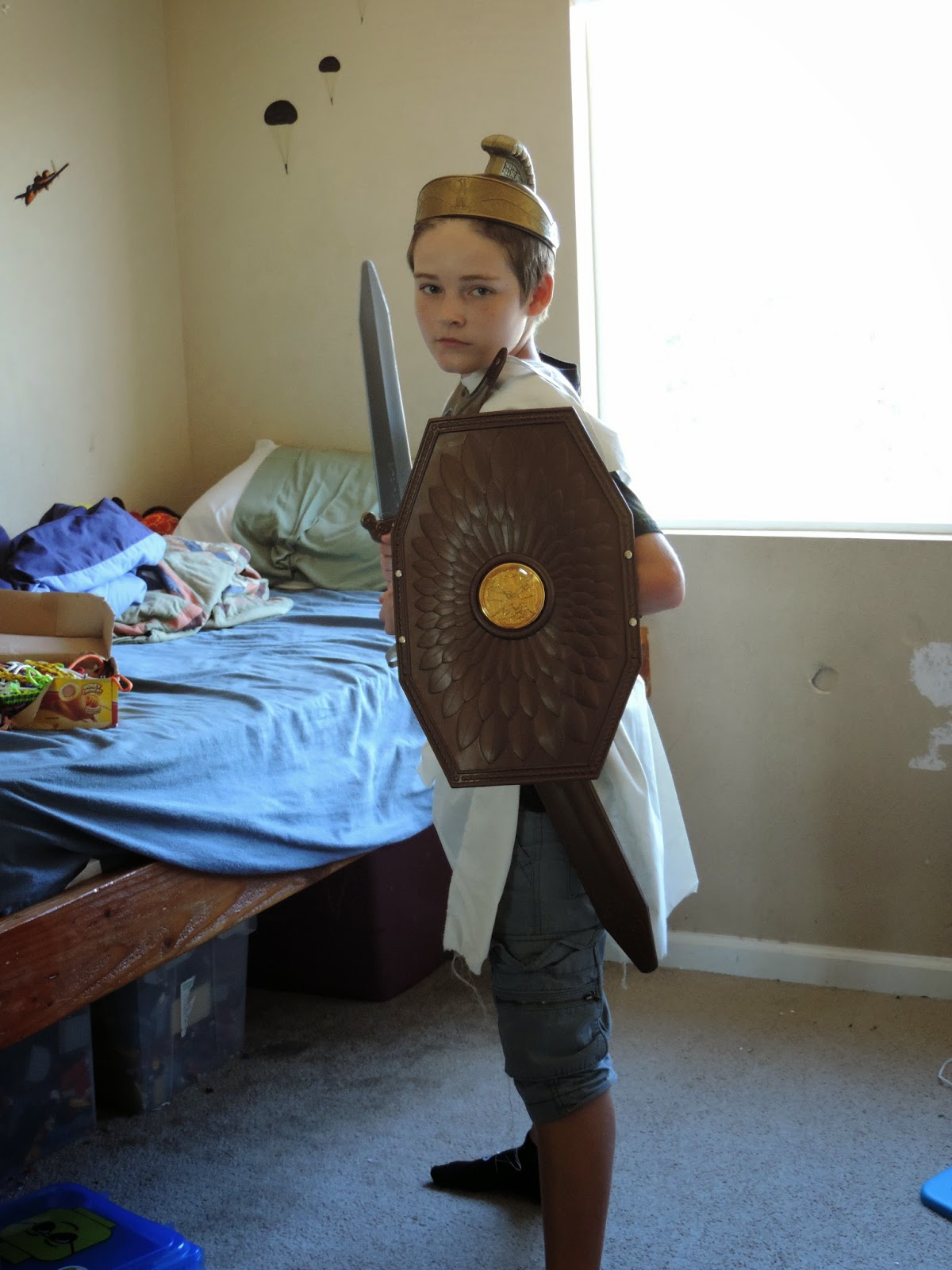 Not about to let Jack have all the fun, Eli took a turn dressing up, too.  (And yes, it was really hard to reign them back in to do more schoolwork after this!) 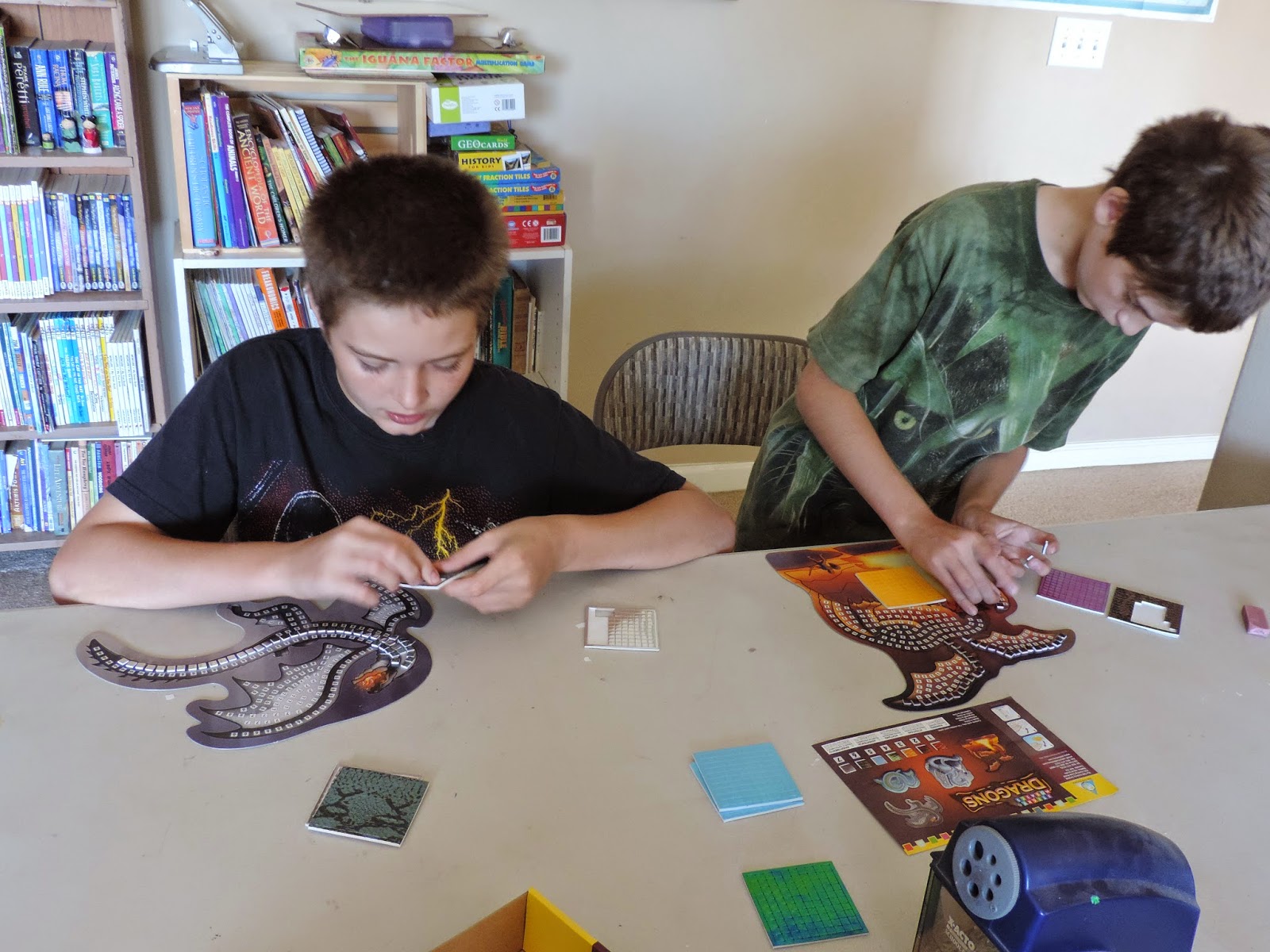 We read about Roman mosaics and frescoes, and so we made dragon mosaics. 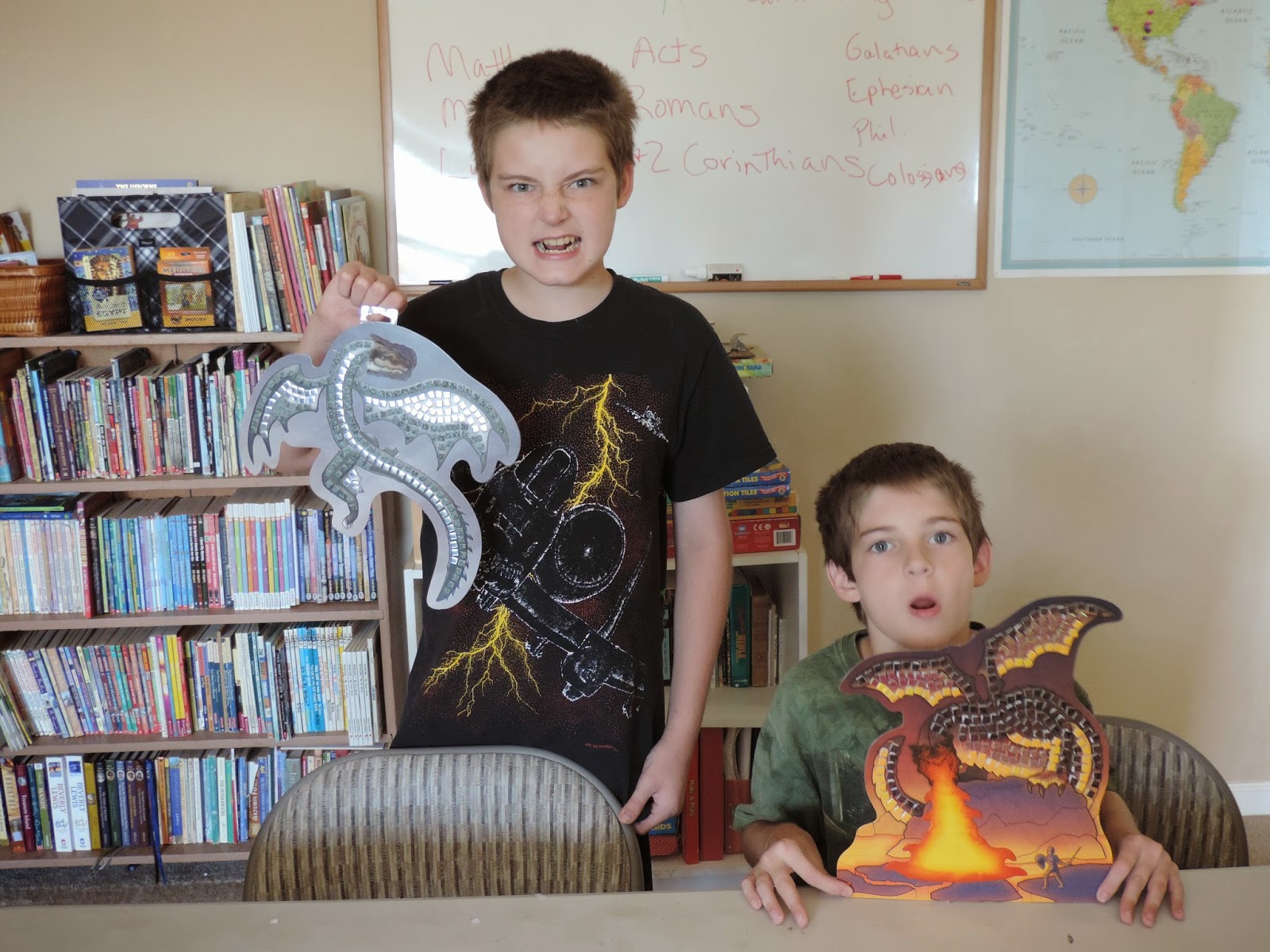 Fierce dragon mosaics.  The boys hung these up on their bedroom wall. 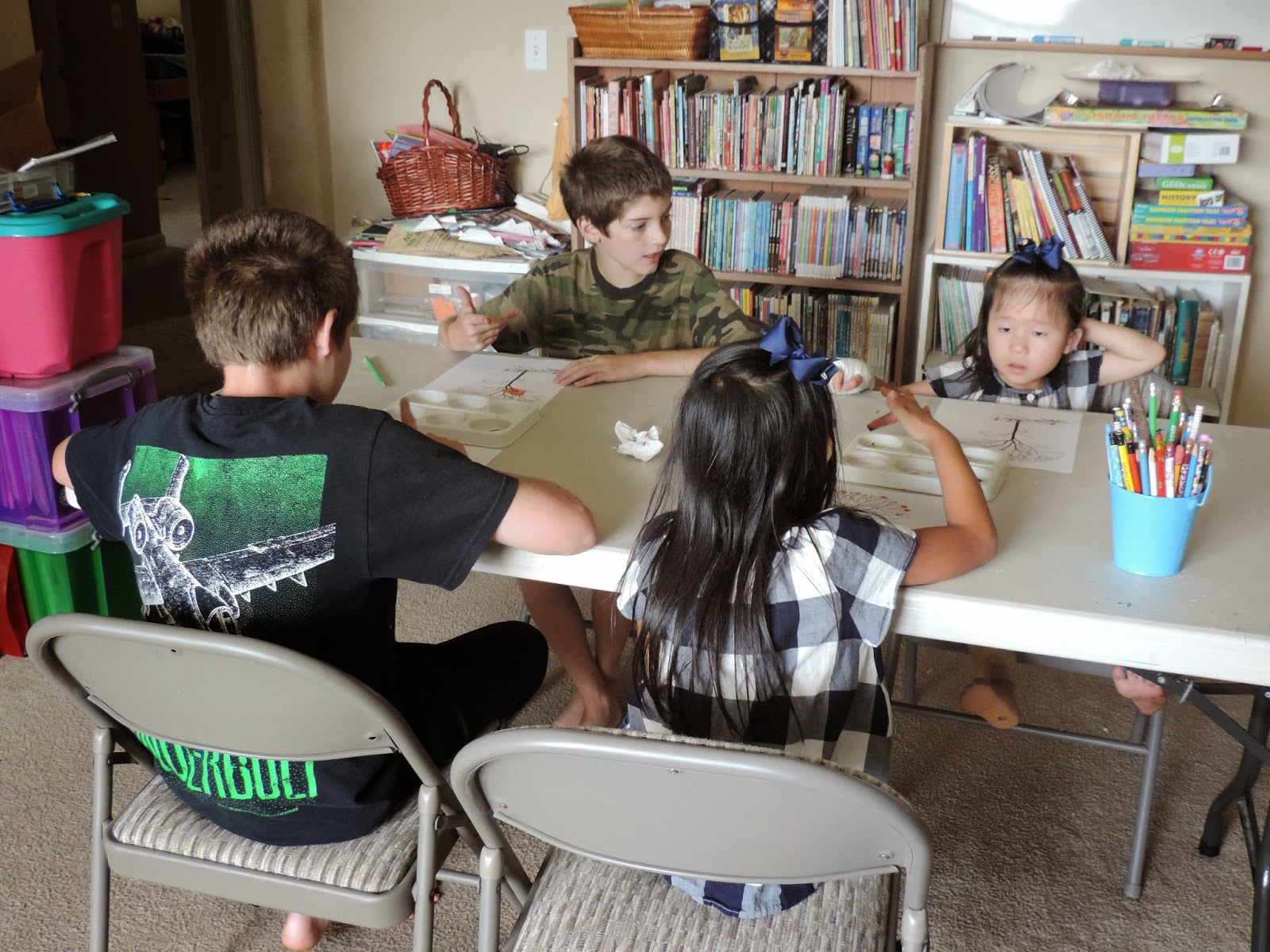 Having Hannah home, I try to do some "schooly" stuff with the girls, just to break up the constant playtime (that leads to screaming after a while).  On this day, we made autumn fingerprint trees. 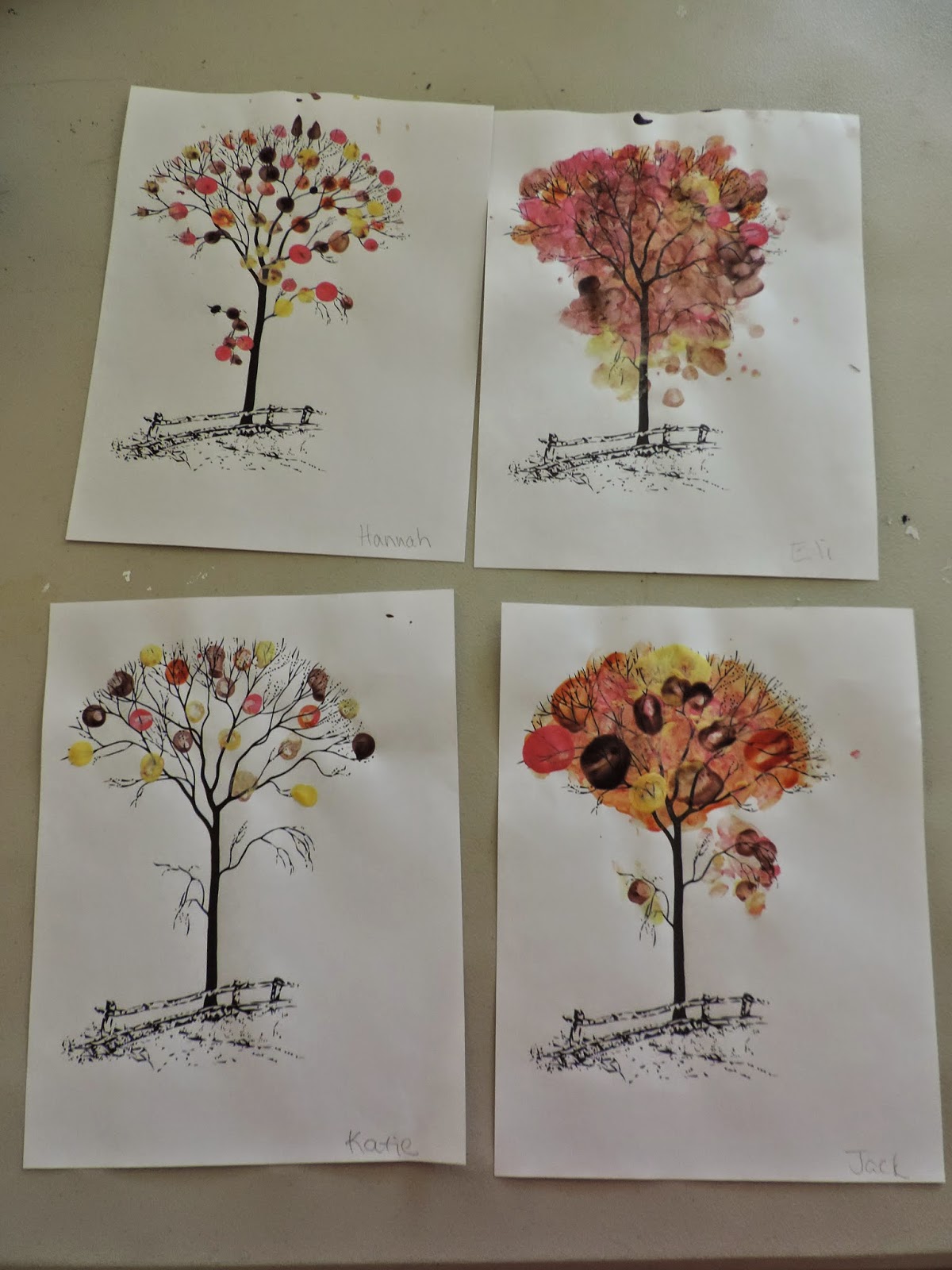 I thought they turned out cute.  I found the girls an apple craft, too, that I'm planning to let them do over the weekend. 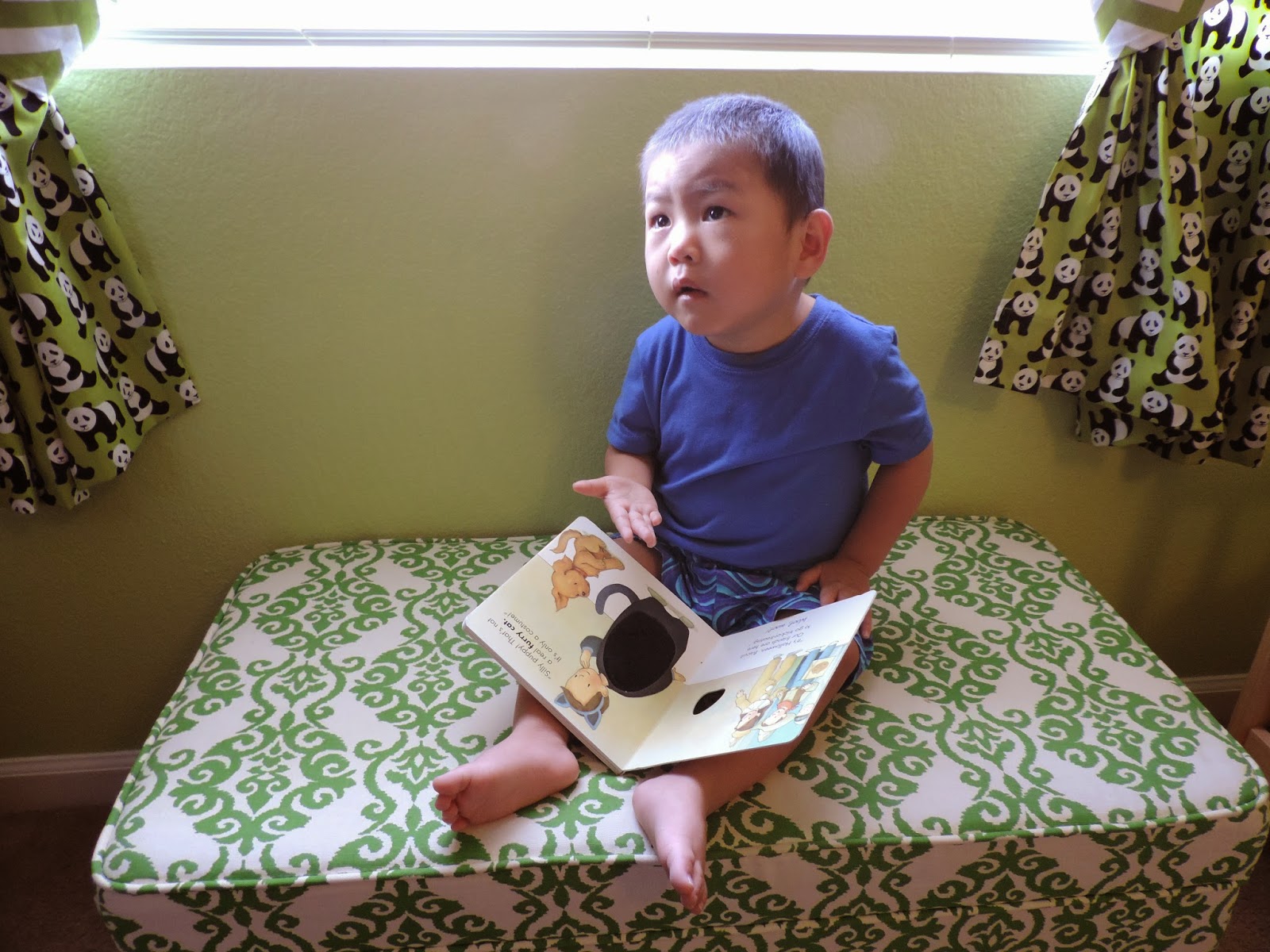 Did you catch my Favorite Autumn Books for Children post?  Time for reading about pumpkins and apples and farms and Columbus.

I had a hard time getting in the homeschool groove this morning, so we're going to watch Drive Thru History Rome and Greece

(affiliate link) over the weekend so that I feel like we got enough in this week.  We're not quite done with Week 4 in our book, but we're catching up quickly.

Only 16 more weeks until we hit CASTLES!  I have a couple projects up my sleeve that I'm really looking forward to when we get to that point.  In the more immediate future, however, we're going to be trying out some treasure hunts, which should be a lot of fun.  I picked up a couple little treats last night at Target to put at the end of 2 of the hunts, and I have something really neat planned for the final one.