I Want To Bloom 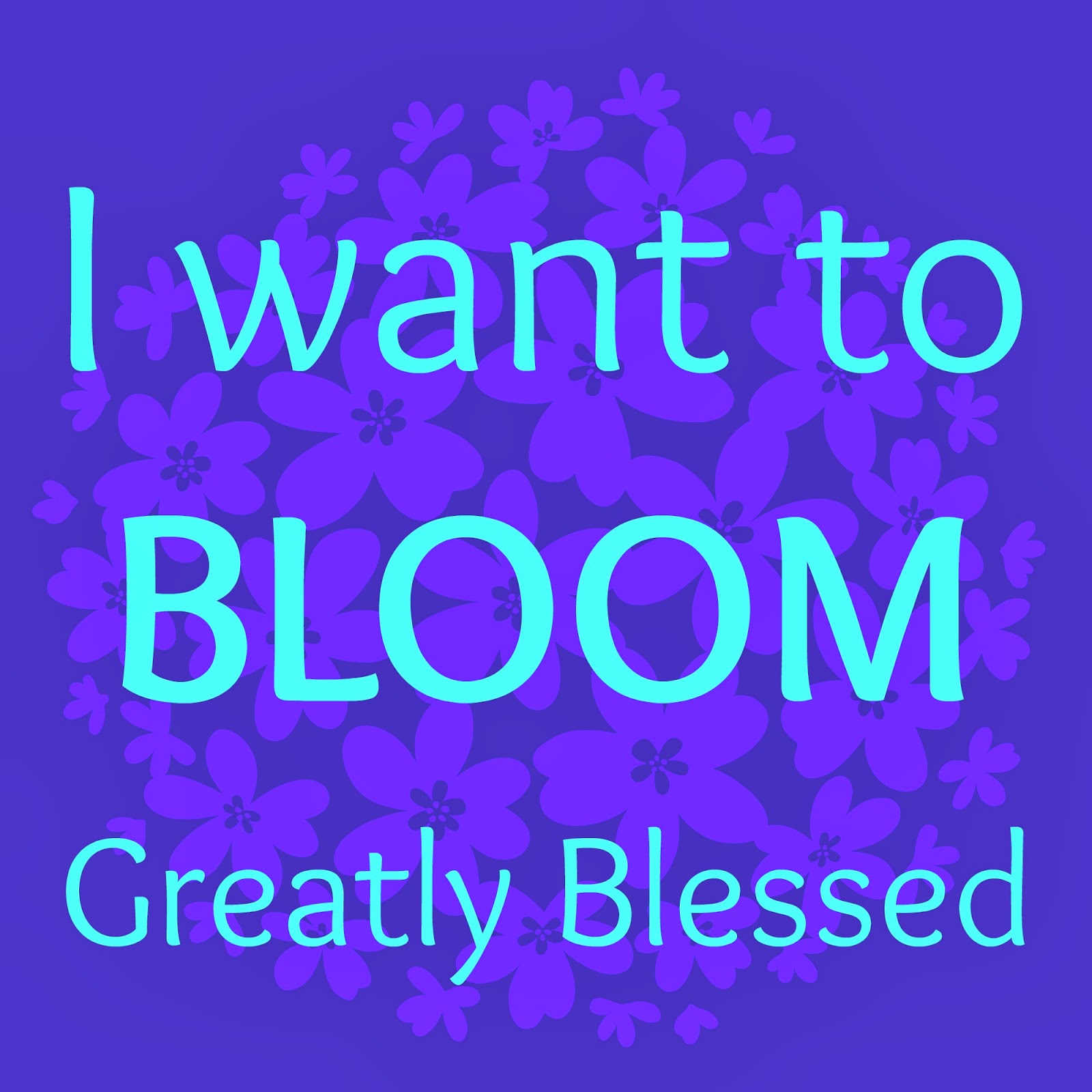 Imagine you're in an elevator, and it free falls 3 floors and skids to a halt.  That's the feeling I had when I opened the email.

"Love Your Dreams/Goals" it said.

I've been rolling my eyes at all the One Word posts floating around.  I've studiously ignored all the "New Year, New You" type campaigns for getting healthy, losing weight, getting organized, learning new skills and the like.

Late last year, I started linking up with Jill Savage's Hearts at Home blog hop.  The first couple of pieces felt good to write, and seemed to be well received.  The email I mention above was laying out the themes to write about, not only for January, but for all of 2014.

How am I supposed to love survival mode?

The more I mulled it over, the more I thought that maybe this year will be a passage from Survival to Endurance to Blooming.

I recently tried to write a post about where Luke is at 6 months home.  I asked Paul to pre-read it, and he told me I sounded angry and bitter.  That wasn't what I was going for, so I never published it.  I was trying to explain that Luke hasn't made any progress since we've had him, and how discouraging that is.  I was trying to convey what his constant screaming has done to our family.  Maybe I am a little angry and bitter.  Mostly, though, I'm exhausted and depressed.

The nice thing about depression is that it brings with it a comforting apathy where you just don't freaking care any more.  I think that makes it even more important for me to have a dream or a goal.

Dreams...  Goals...  What do I want?  I want to take the girls back to China for a visit in a few years.  But that's a long way off.  I need something more immediate than that.  Getting Luke into preschool in August will be a huge help for our family; in some ways, a dream come true.  That gives me something to look forward to.  But August is also a long way off.

Honestly?  I've got nothin'.  I guess I need to figure out a plan to get from Survival to "running the race set before me with Endurance" (Hebrews 12:1).

The nice thing about endurance is that if you just hang in there, you do eventually get somewhere.  Paul and I have a milestone anniversary coming up.  This spring, we will have been married A Long Time.  In the early years, there were times when being young, and selfish, and broke, and having a bunch of little kids, was not fun.  But you endure it, and eventually, things get easier.

I'm hoping the same is still true in these circumstances.  Hopefully, after we get to a place of Endurance, we can progress to Blooming.  Because that's what I want for my children.  I want them to see us overcome adversity and bloom.  I want them to live in a contented home.  I want them to blossom.  That's my dream for them.