I had a great time taking 2 of the kids to Disneyland this week.  Why 2?  Read on to find out. 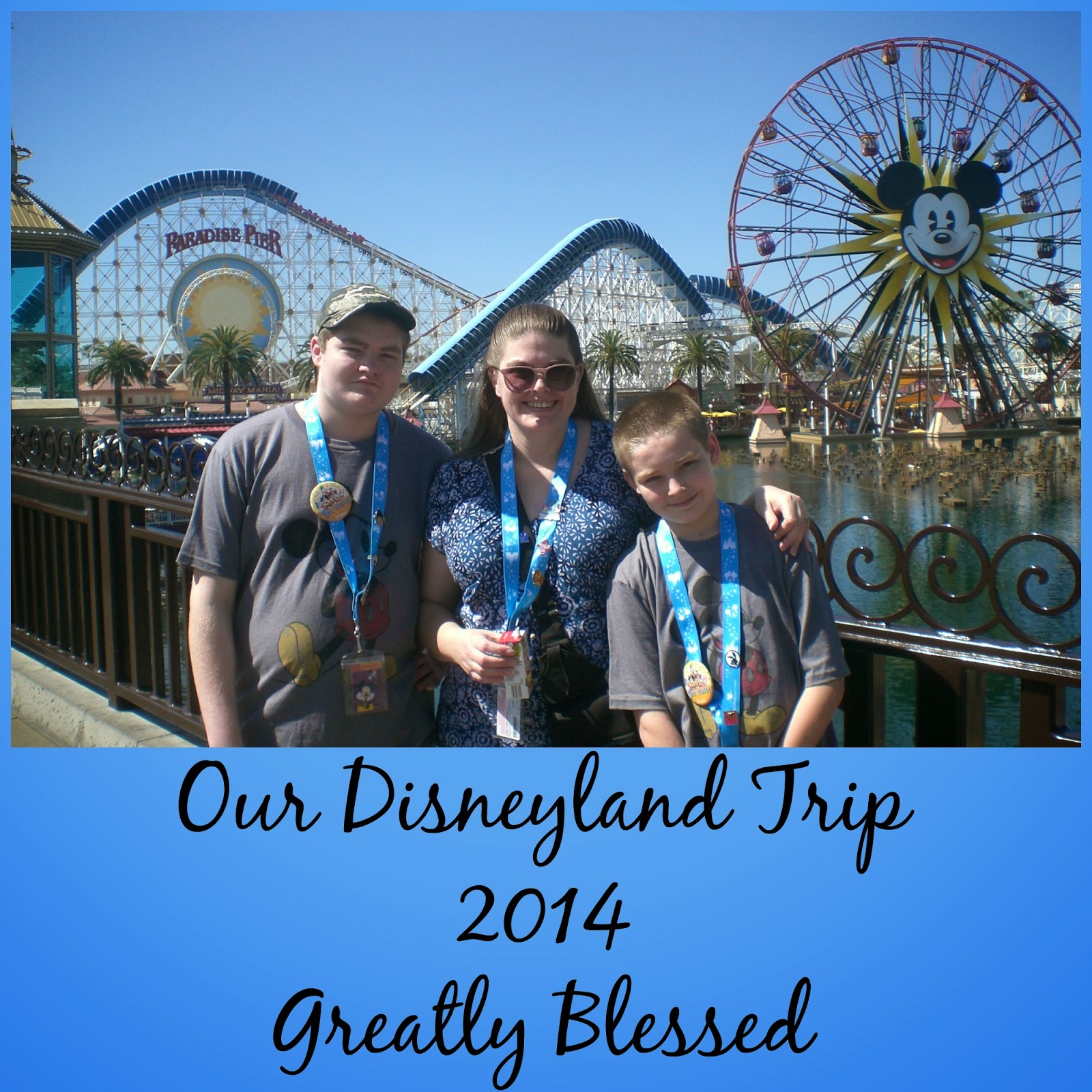 Paul graciously allowed me to get away for a few days over his vacation time. 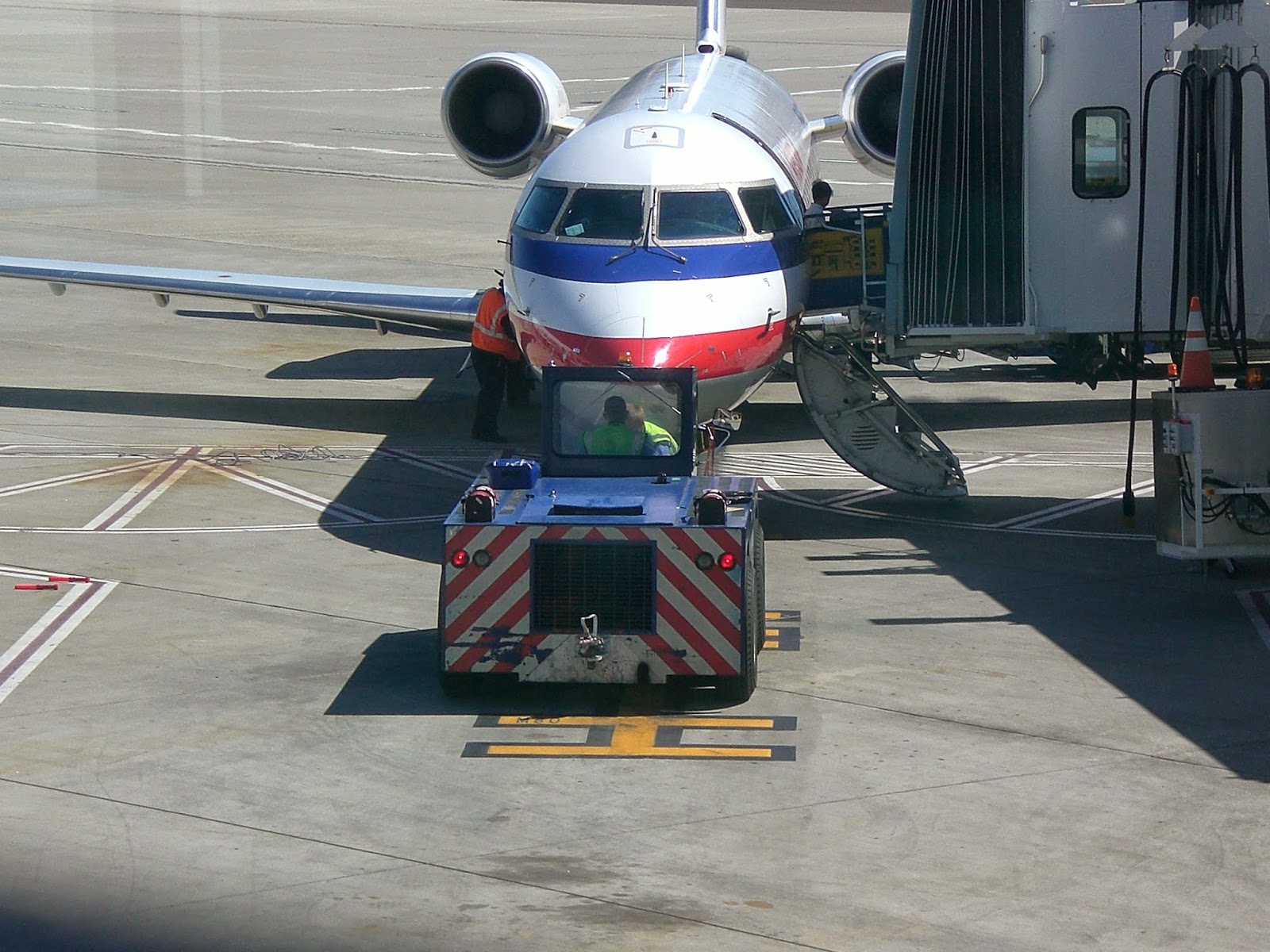 I took Eli and Josiah to Disneyland.  It was Eli's first time on an airplane, and he was very excited!  Eli loves aircraft. 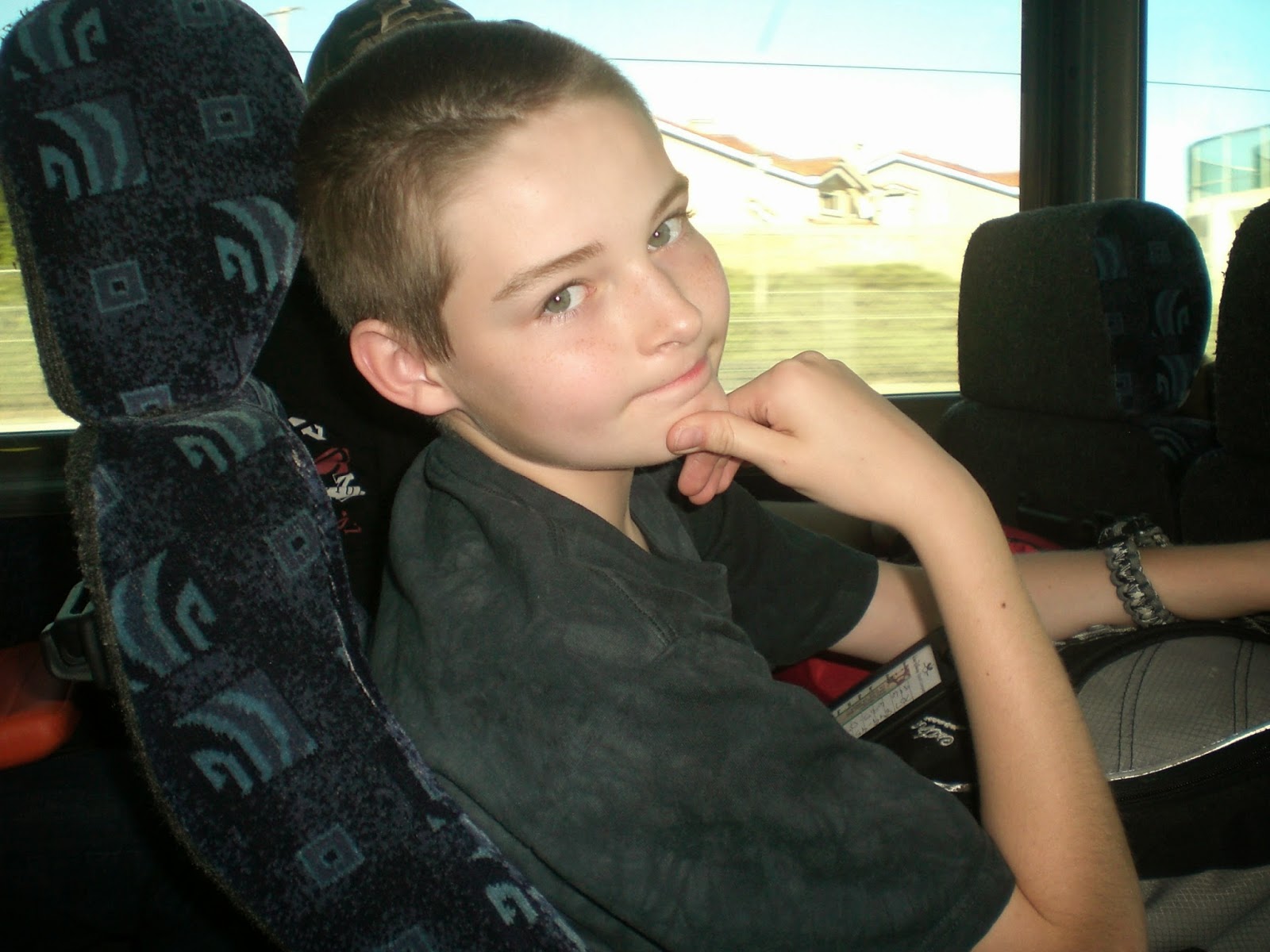 After the flight, we had a bus ride to our hotel. 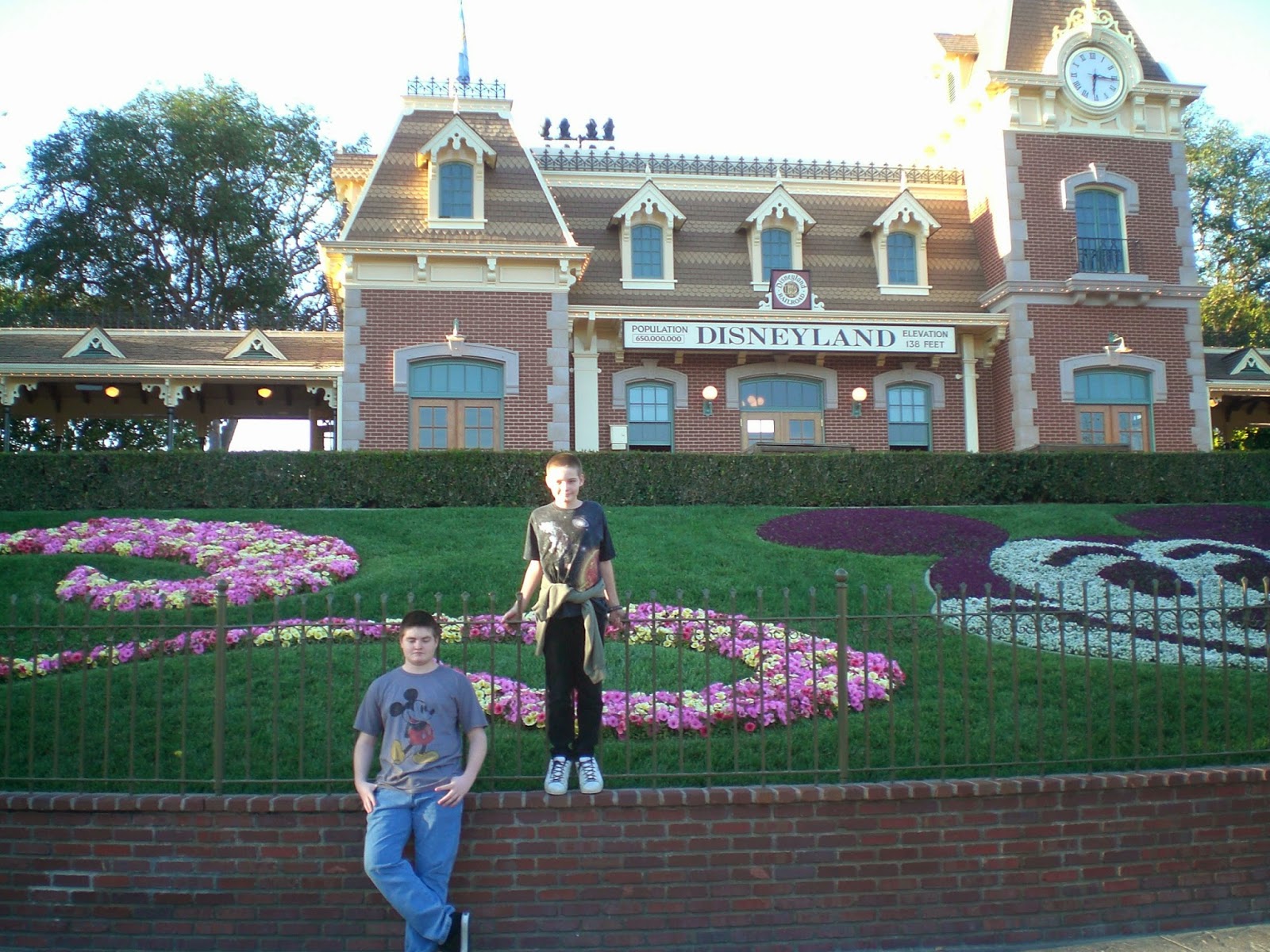 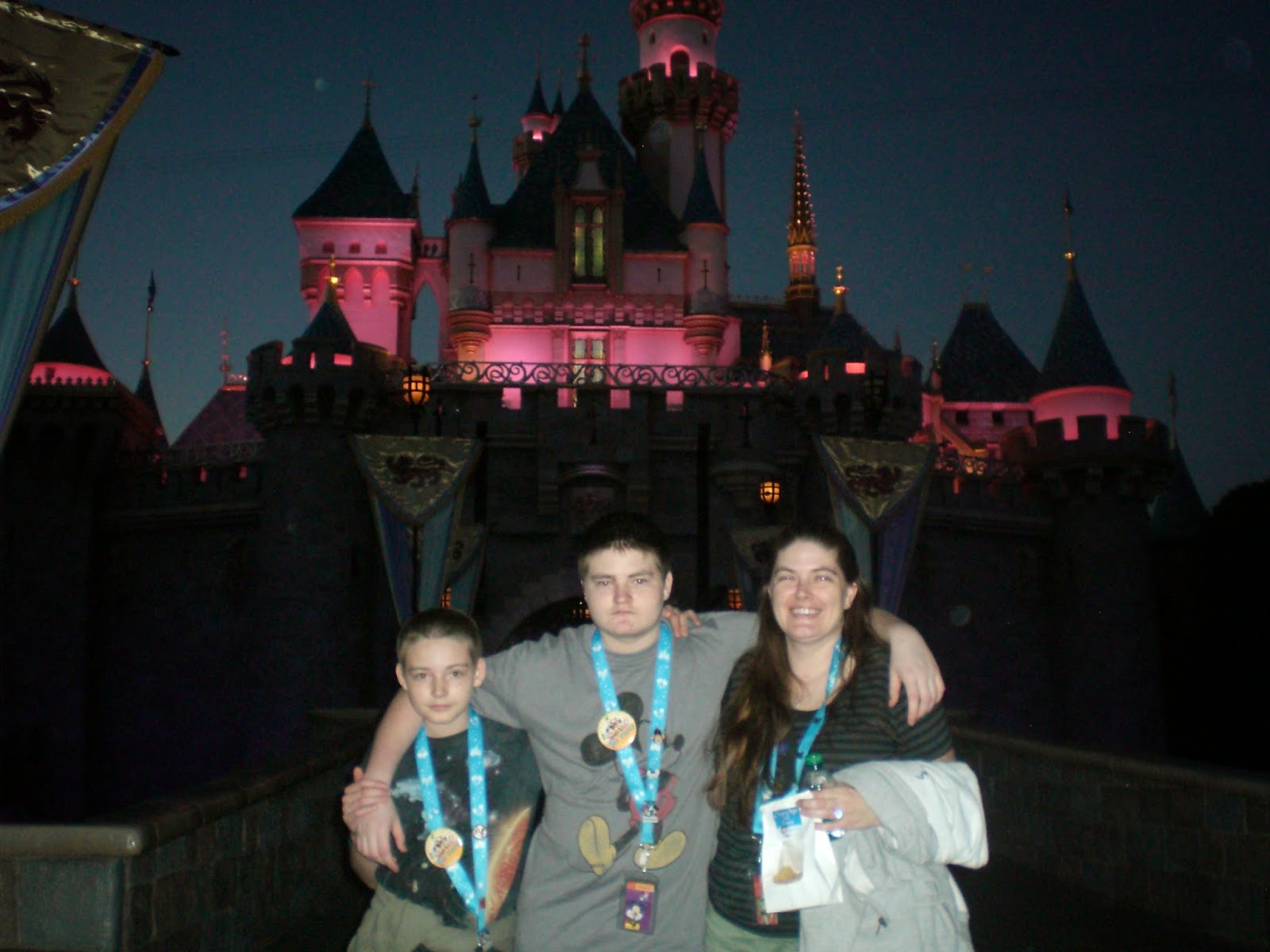 This was Josiah and Eli's first time at Disney, so we stopped and got them First Visit buttons, then we went and redeemed the free lanyard coupon that was part of our travel package.  Brianna's knitting teacher from our old homeschool co op is also a Disney Travel Agent, and even though she's moved states away, she was able to handle everything for us.  Gotta love being able to make plans via Facebook! 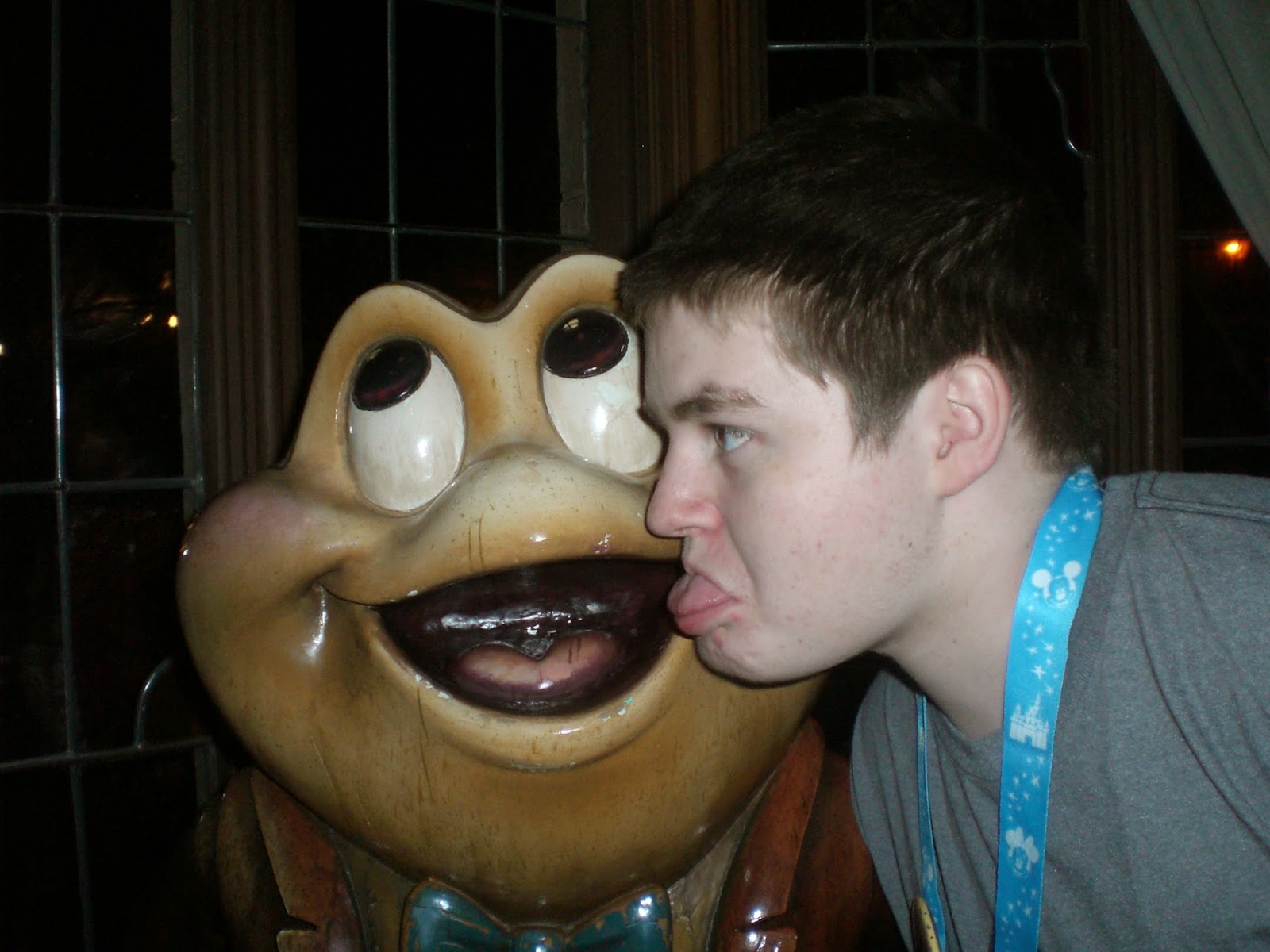 This was just the break we needed.  You don't realize the toll that constant screaming takes on you until you get away from it. 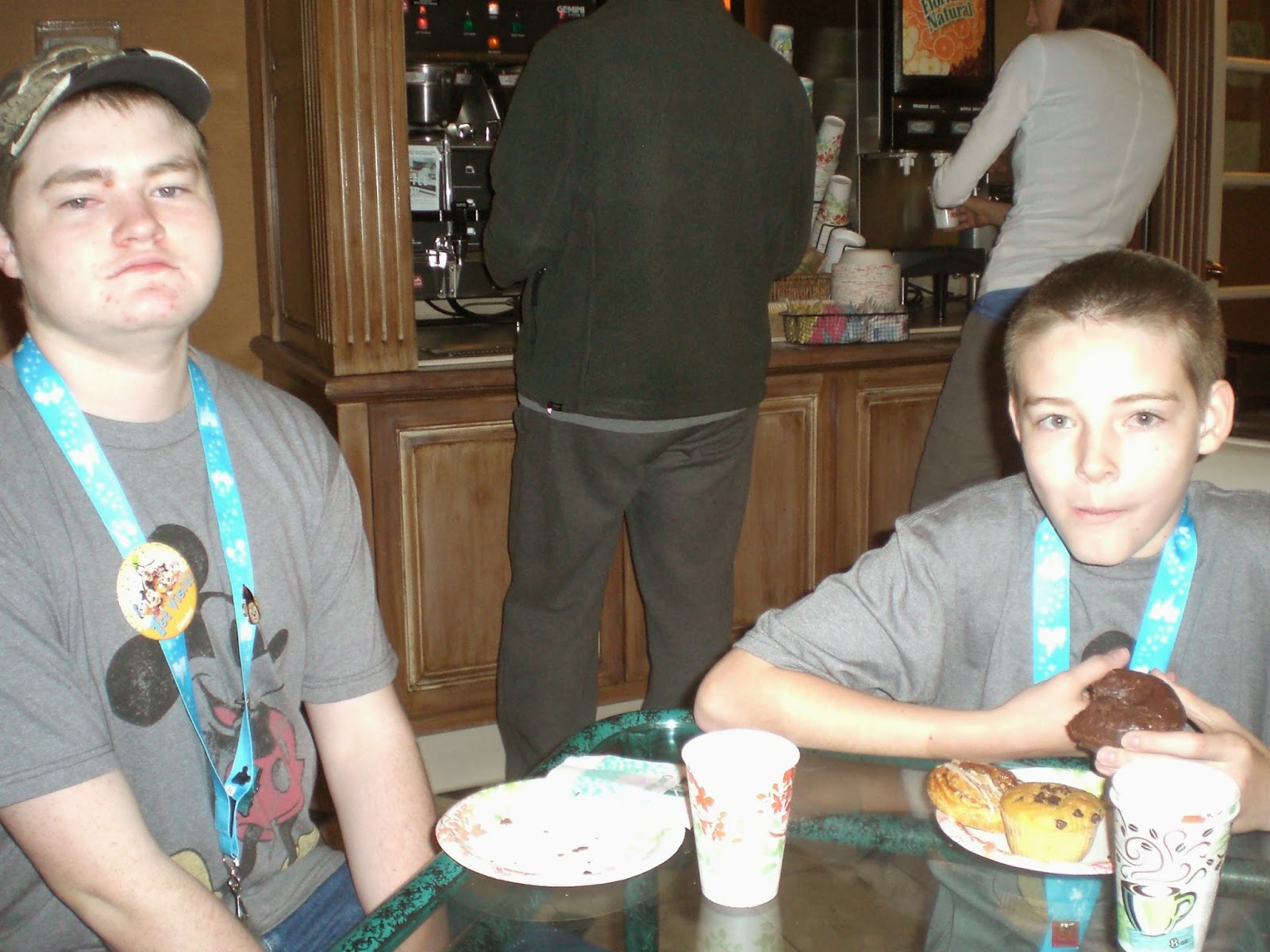 The 3 of us had a wonderful time hanging out together, even when I surprised them with the camera at breakfast. 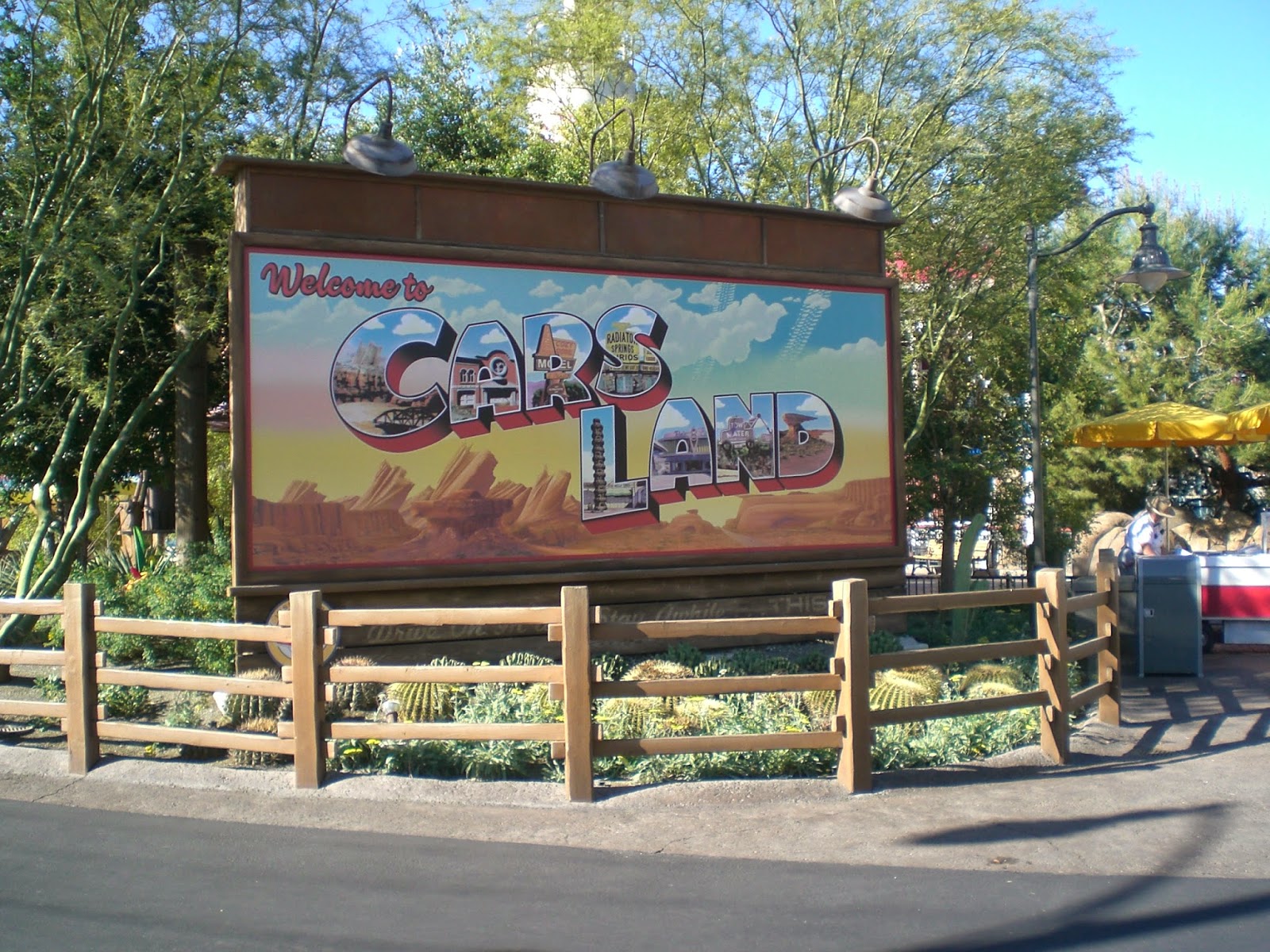 I was really looking forward to Cars Land, because last time I was at Disneyland, they were still working on it. 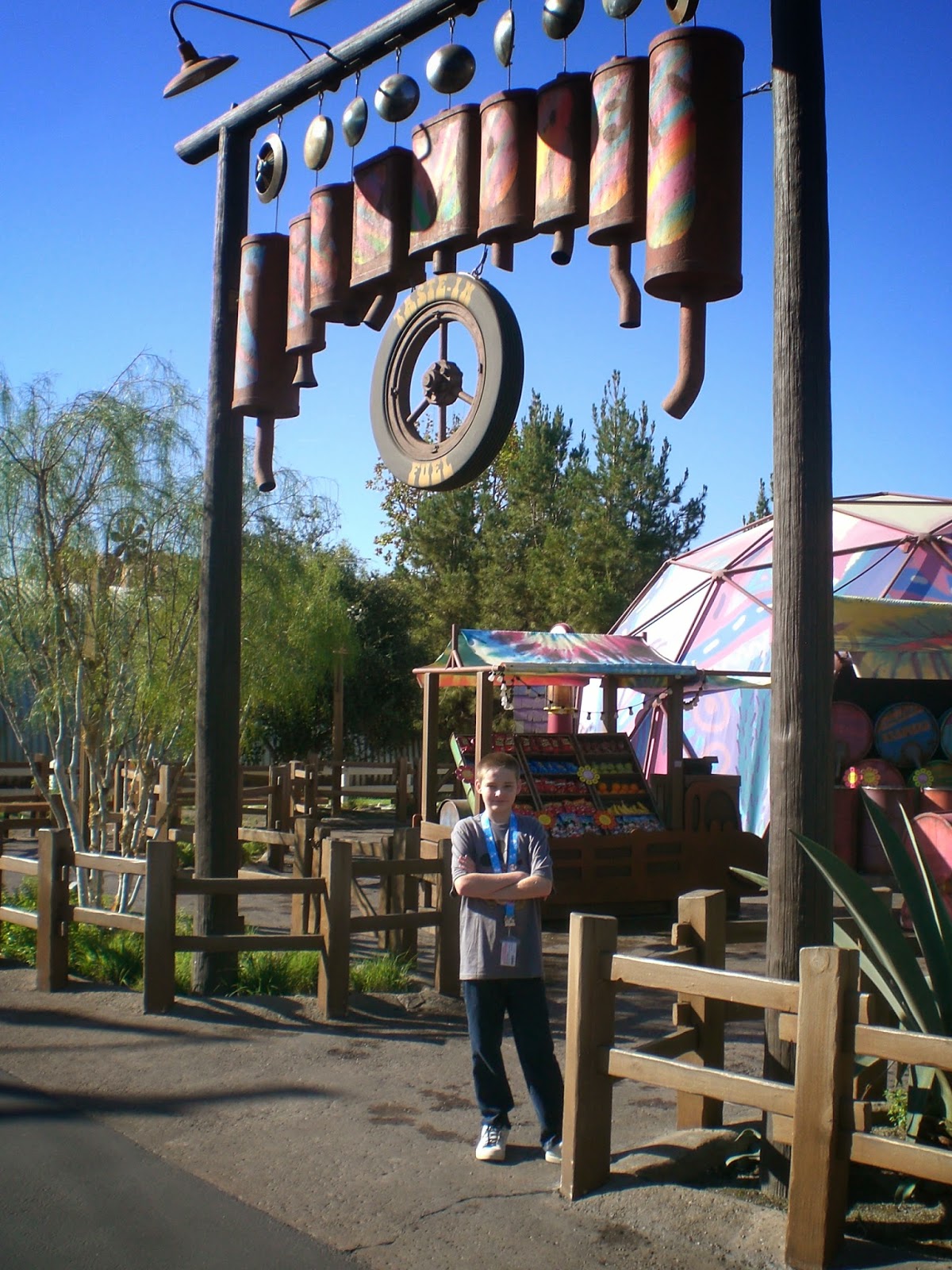 They did an awesome job.  So many things from right out of the movie.  And the Radiator Springs Racers were so cool!  The first morning we were there, we got in line for them as soon as the park opened, and the second morning, we got a fast pass for later in the day.  Just so happens that there are 2 "versions" of the ride, and we did each one once.  (I liked the tire change side better, personally.) 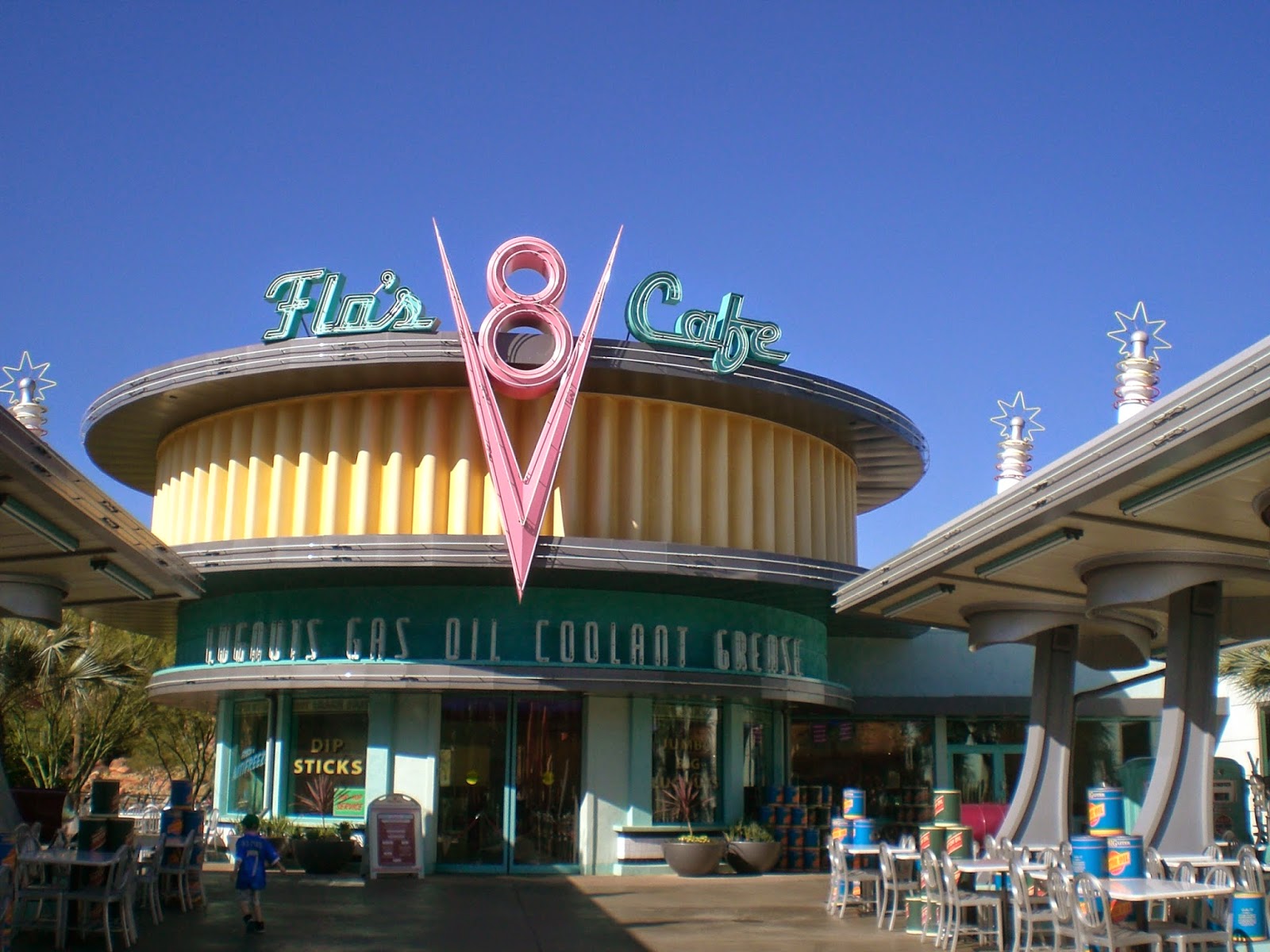 We had dessert at Flo's V8 Cafe one day.  The boys had milkshakes, and I had mud pie. 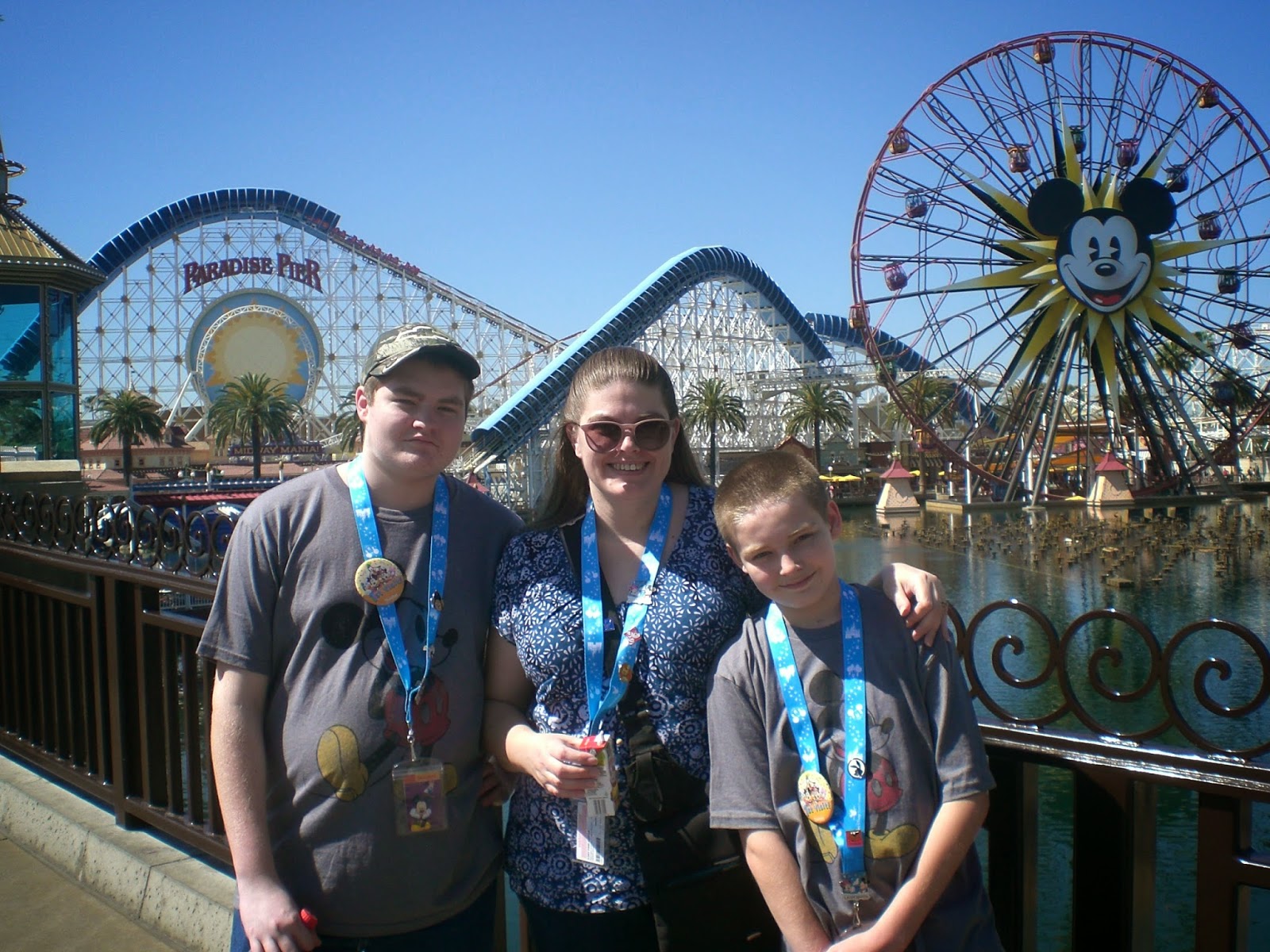 Our second morning, we were the very first ones on Pirates of the Caribbean, and there was no line at all, so we went around and got right back on.  There were a few rides that we didn't get to go on because they were closed, which was disappointing.  I wanted to take the boys on Indiana Jones, and *I* wanted to go on It's A Small World.  Didn't seem like a Disney trip without It's A Small World.  The boys weren't too concerned with missing out on Ariel or Alice in Wonderland, which were also closed. 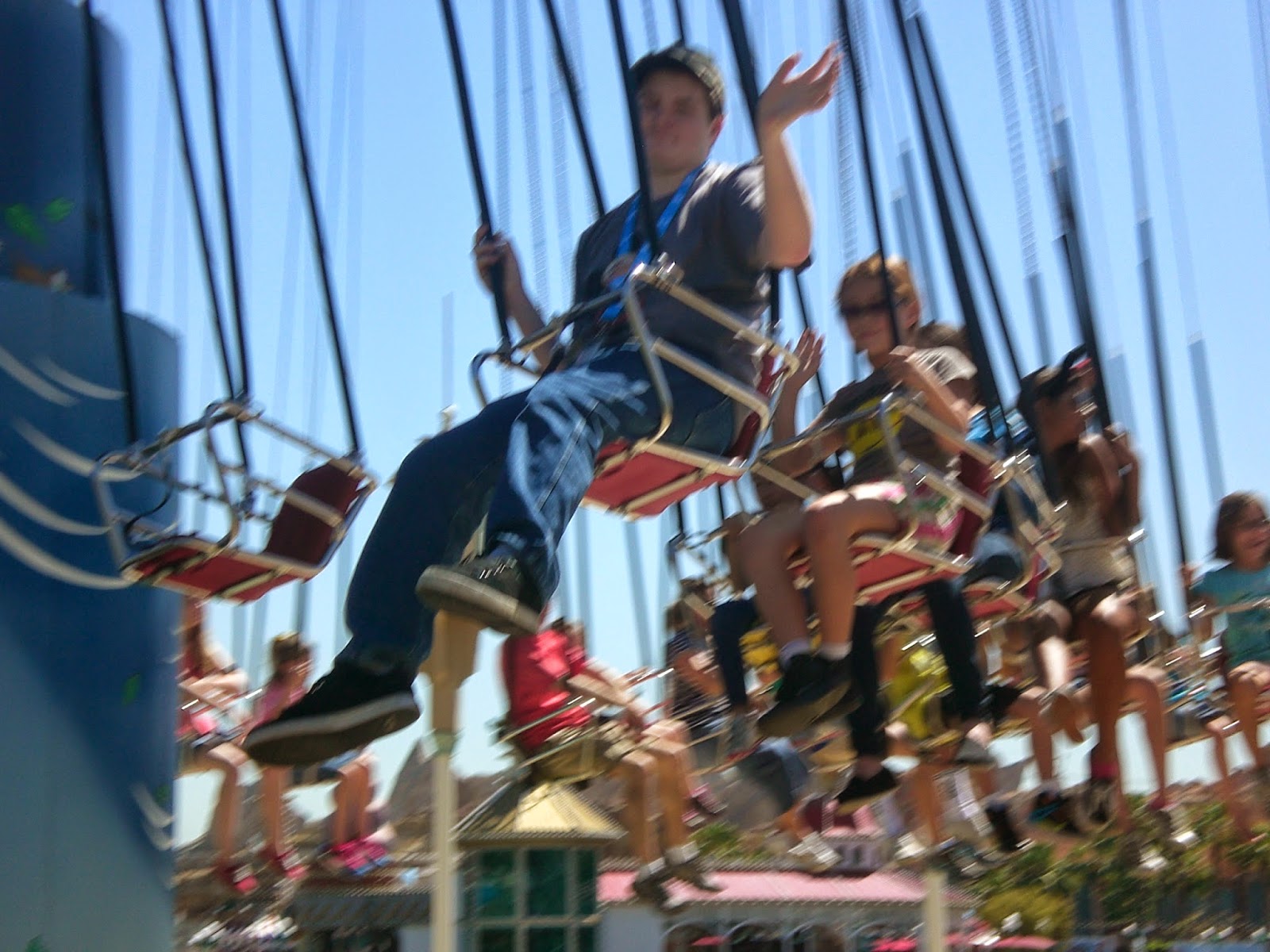 I wasn't feeling great when we were in line for the swings, so I decided to sit that one out at the last minute. 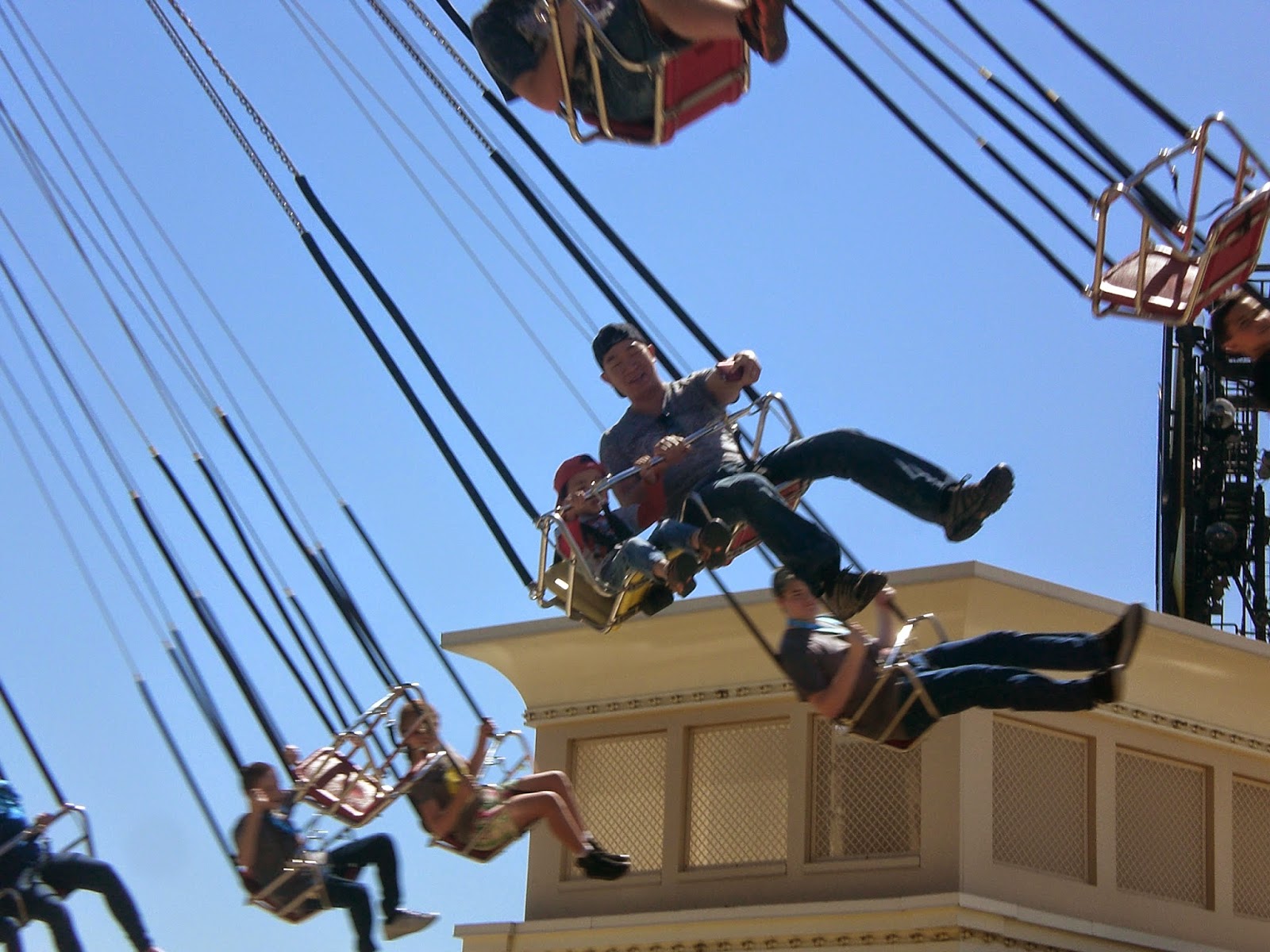 You can see both boys in this one.  Why these two kids?  Well, they hadn't been yet.  Zachary went to Disneyland in high school with his graphic design class.  My mom and I took Annaliese and Brianna several years ago.  I took Annaliese, her friend Naomi, and Jack 2 years ago.  Sam was in school, or he could have gone.  Josiah was the oldest one who hadn't been yet, and Eli and Josiah get along really well together.

I may think it would be fun to do Disney as a family trip, but the reality is, 1) it would be too expensive, and 2) it wouldn't be as much fun as a crowd.  This way, we can be sure to hit what each person really wants to see and do.  Not to mention, Paul is not an amusement park person. 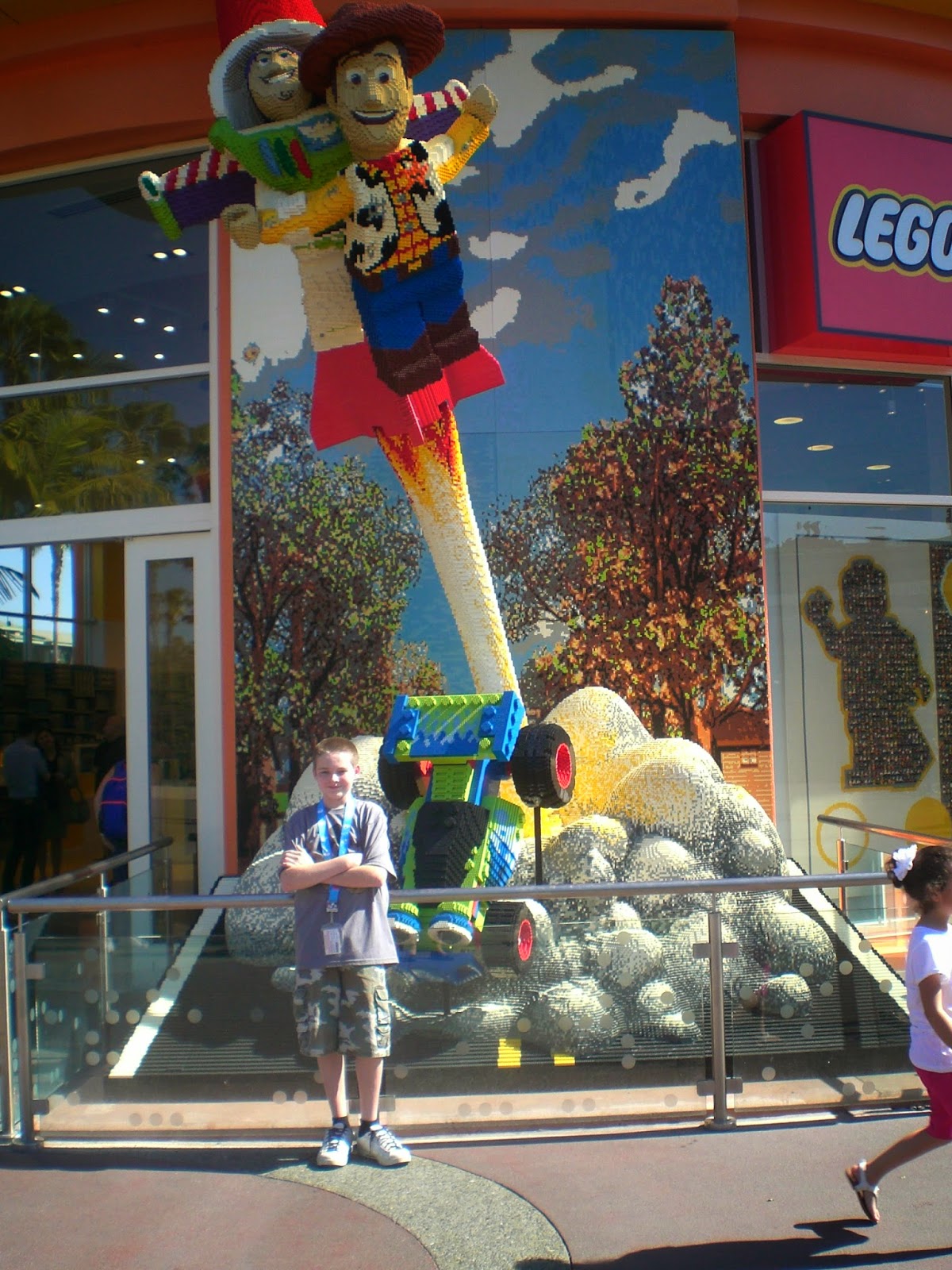 The Lego Store is always a hit, of course.  Eli got a Lego set, which kept him entertained during one of our down times. 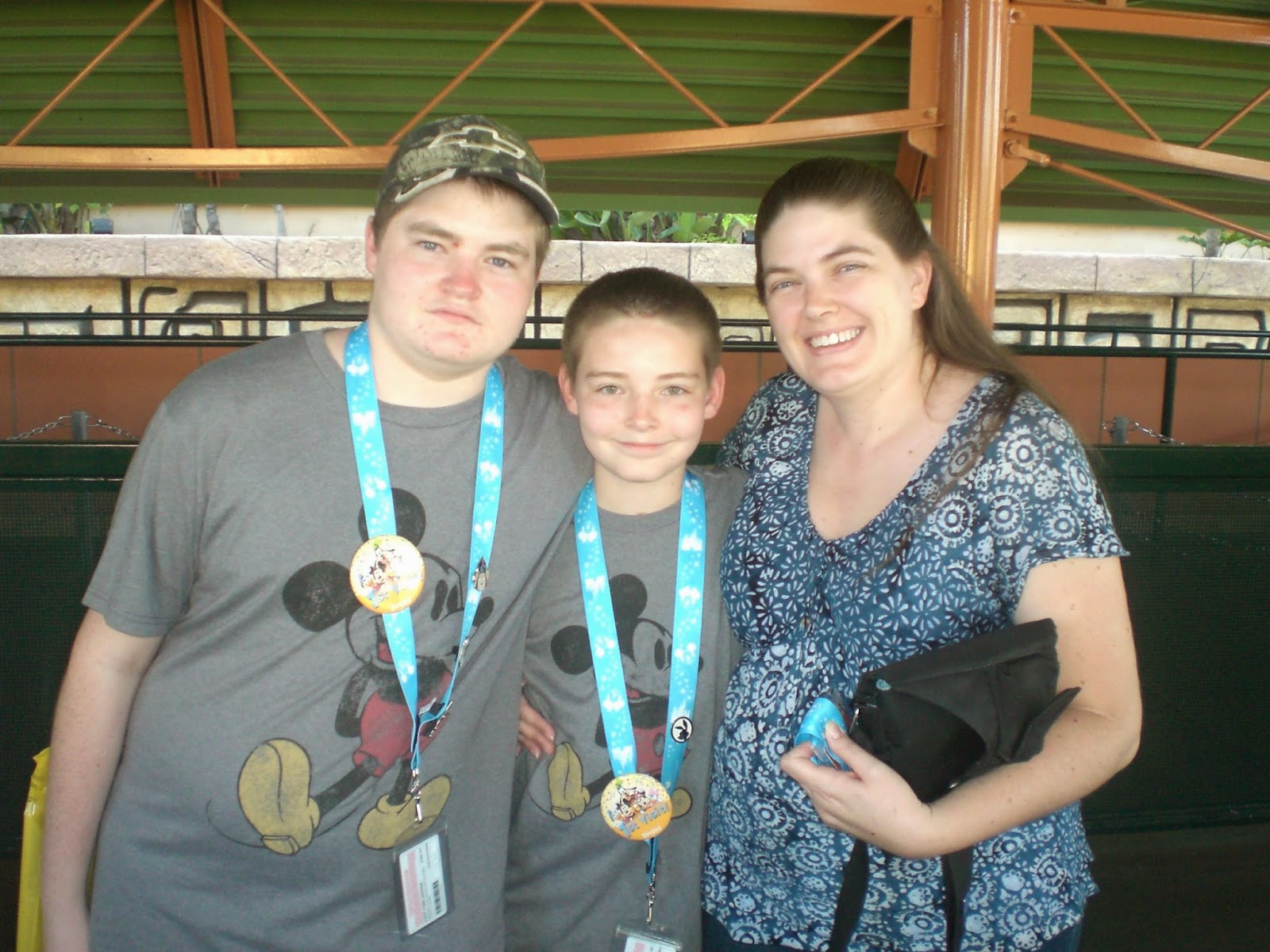 Waiting for the Monorail.  We decided the Cast Member at the gate looked bored, so we gave him something to do. 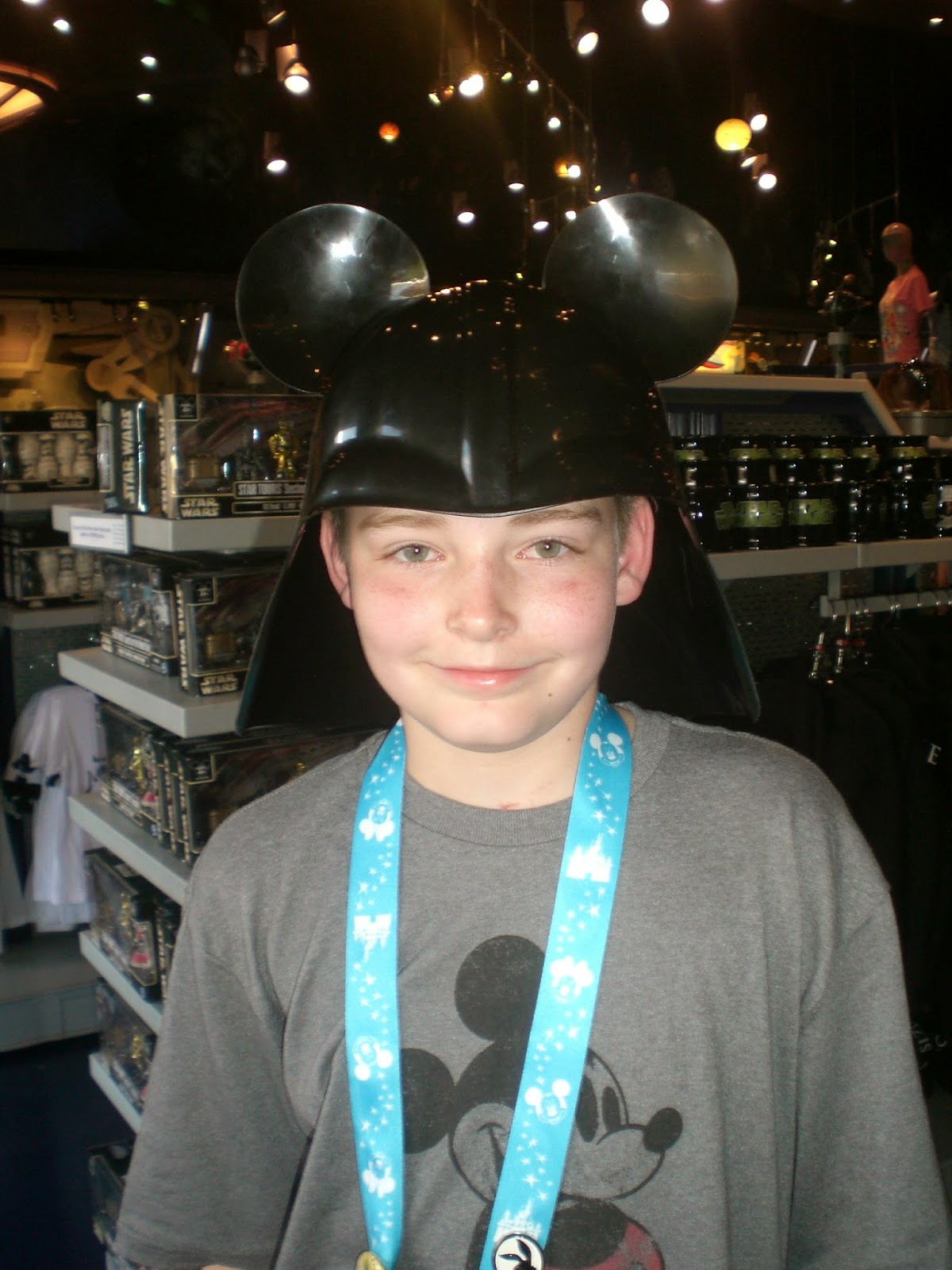 In the Star Tours gift shop.  --I hate that ride, but I knew the boys would love it, and they wouldn't go without me, so I just closed my eyes behind my 3D glasses and waited for it to be over.  When we got off, Josiah said, "You really didn't enjoy that, did you?"  Dude.  I tried to tell you. 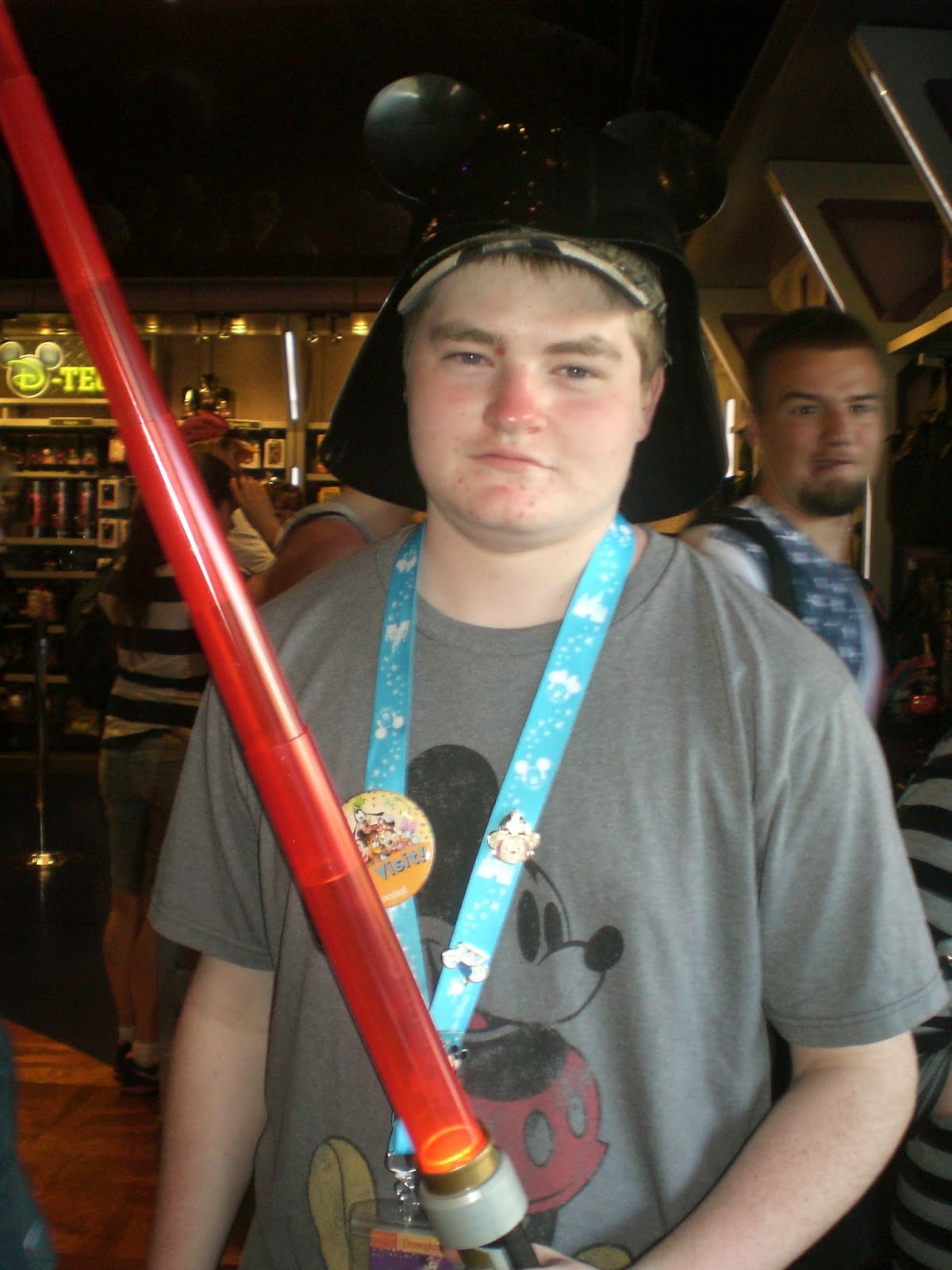 The helmet Mickey ears were hilarious.  Josiah really wanted to do the Build Your Own Light Saber, but he'd already spent his money. 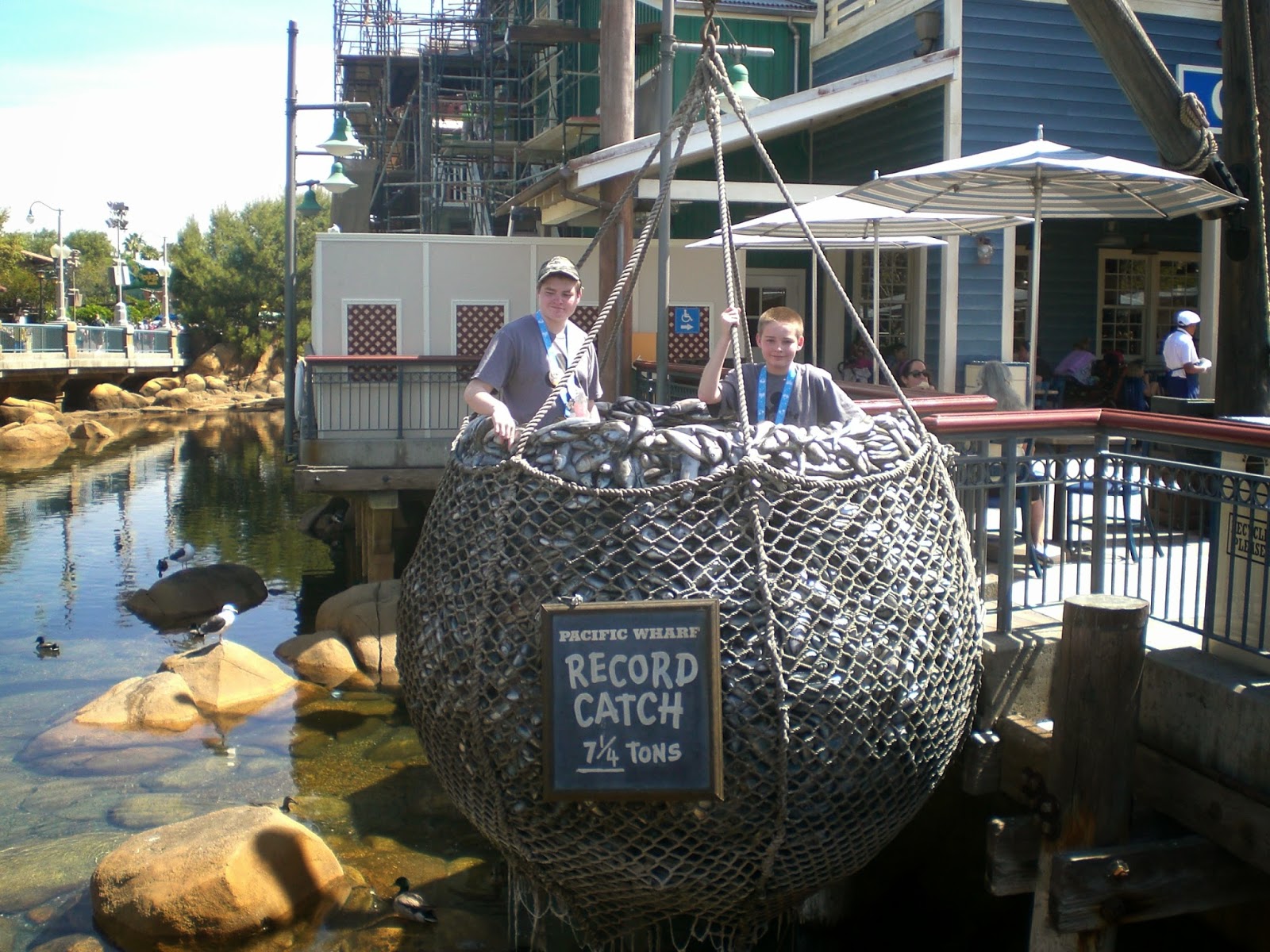 Food in Disneyland is SO expensive.  Before the trip, I ordered a $100 Disney Gift Card through our school's scrip program (using a CC with points that we pay off every month).  My theory was 1) we earned a kickback on our tuition account at the school, 2) we got points (which I use at Amazon), and 3) I wouldn't have to carry as much cash.  Card was used up in like 3 meals.  I think next time I'll pack more snacks. 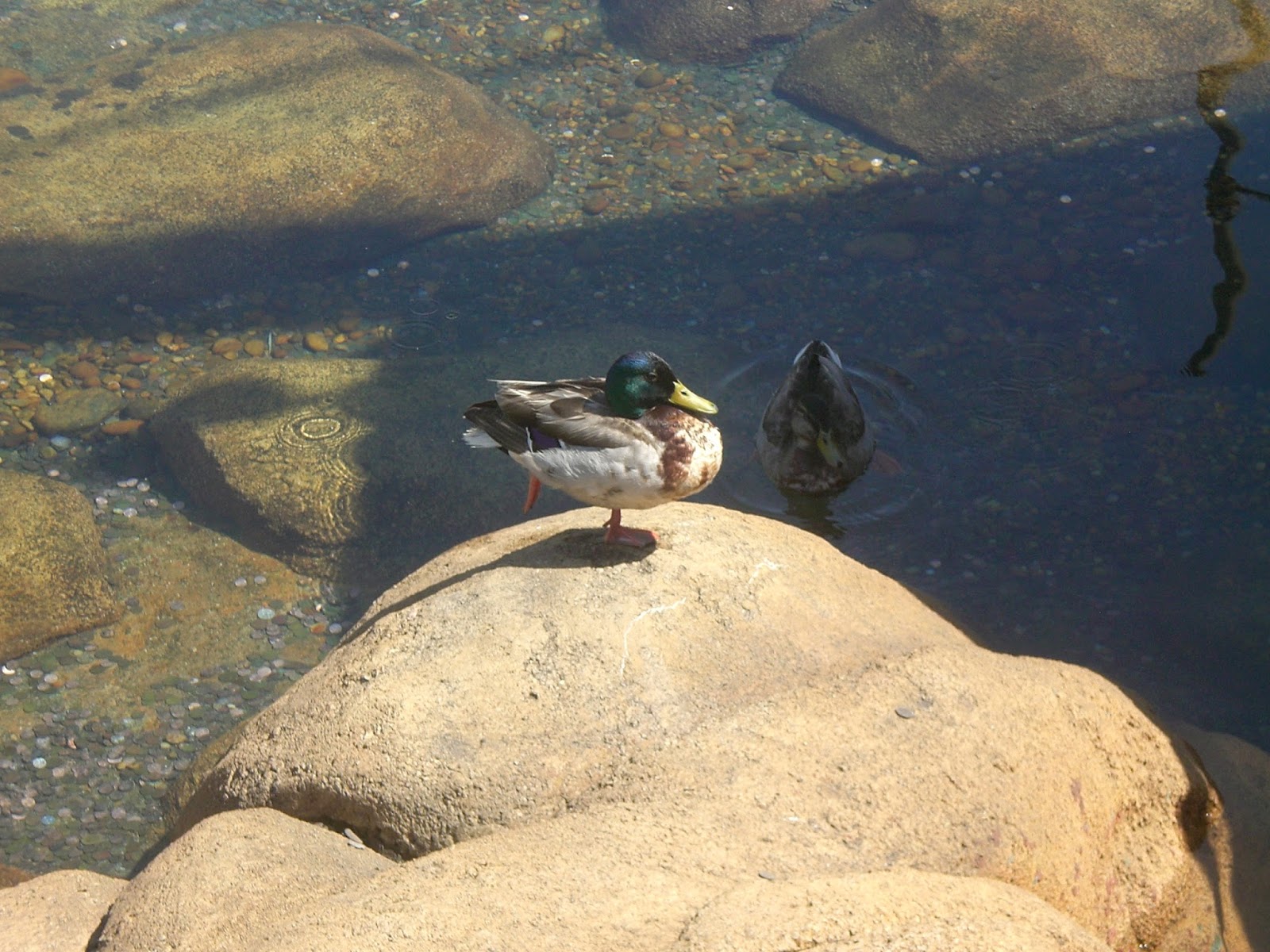 I love how kids are entertained by the simplest things.  Eli loved that there were real ducks wandering free all over Disneyland. 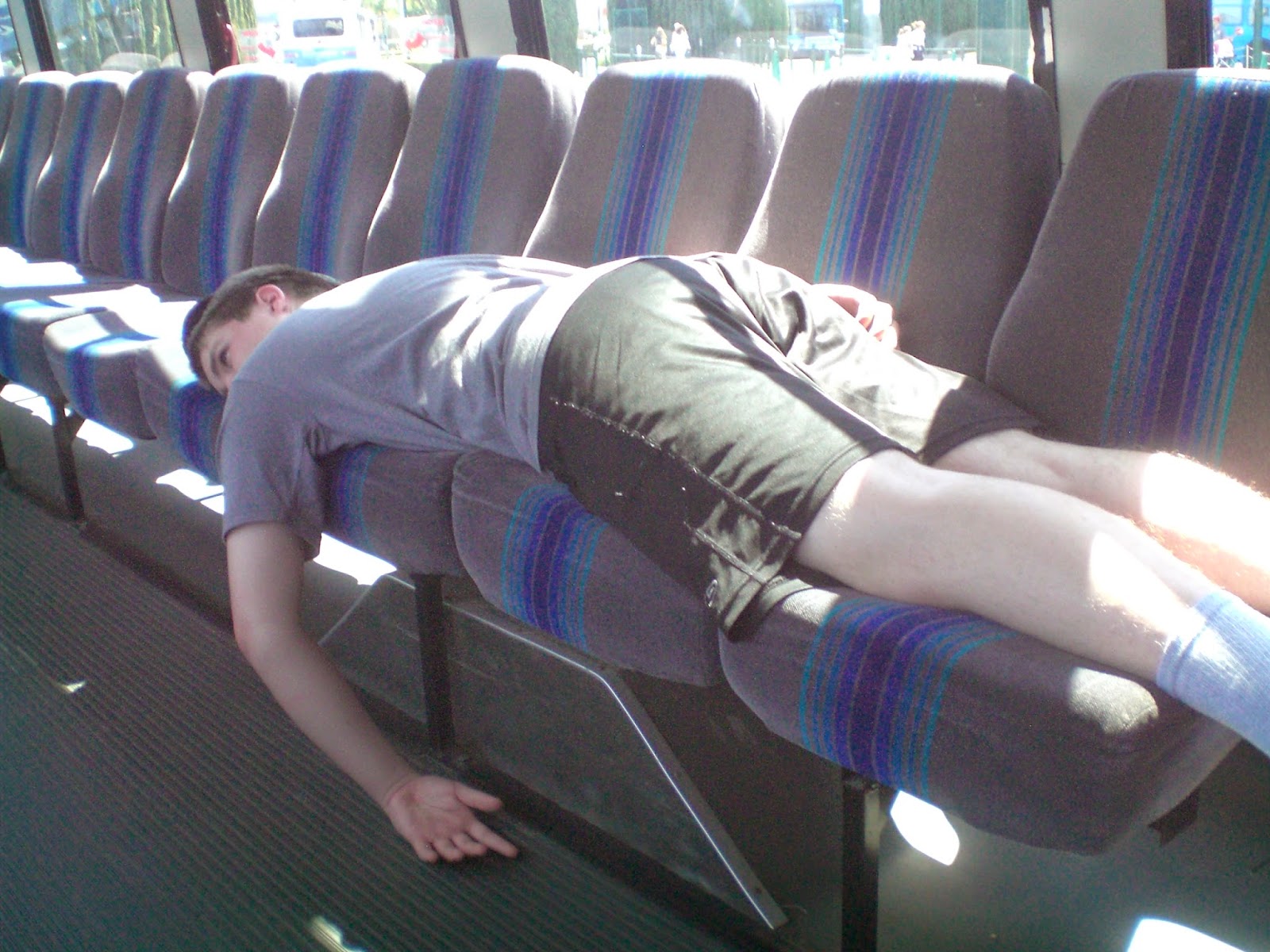 When Ms. Cathy, our travel agent, asked how the trip went, I told her, "We about funned ourselves to death."  Josiah and I are pretty sedentary, and I think we should have started a fitness program before the trip to build our endurance up a bit.  This was taken on the shuttle bus back to the hotel one day when we decided we needed a little siesta from all the excitement (and all the walking!). 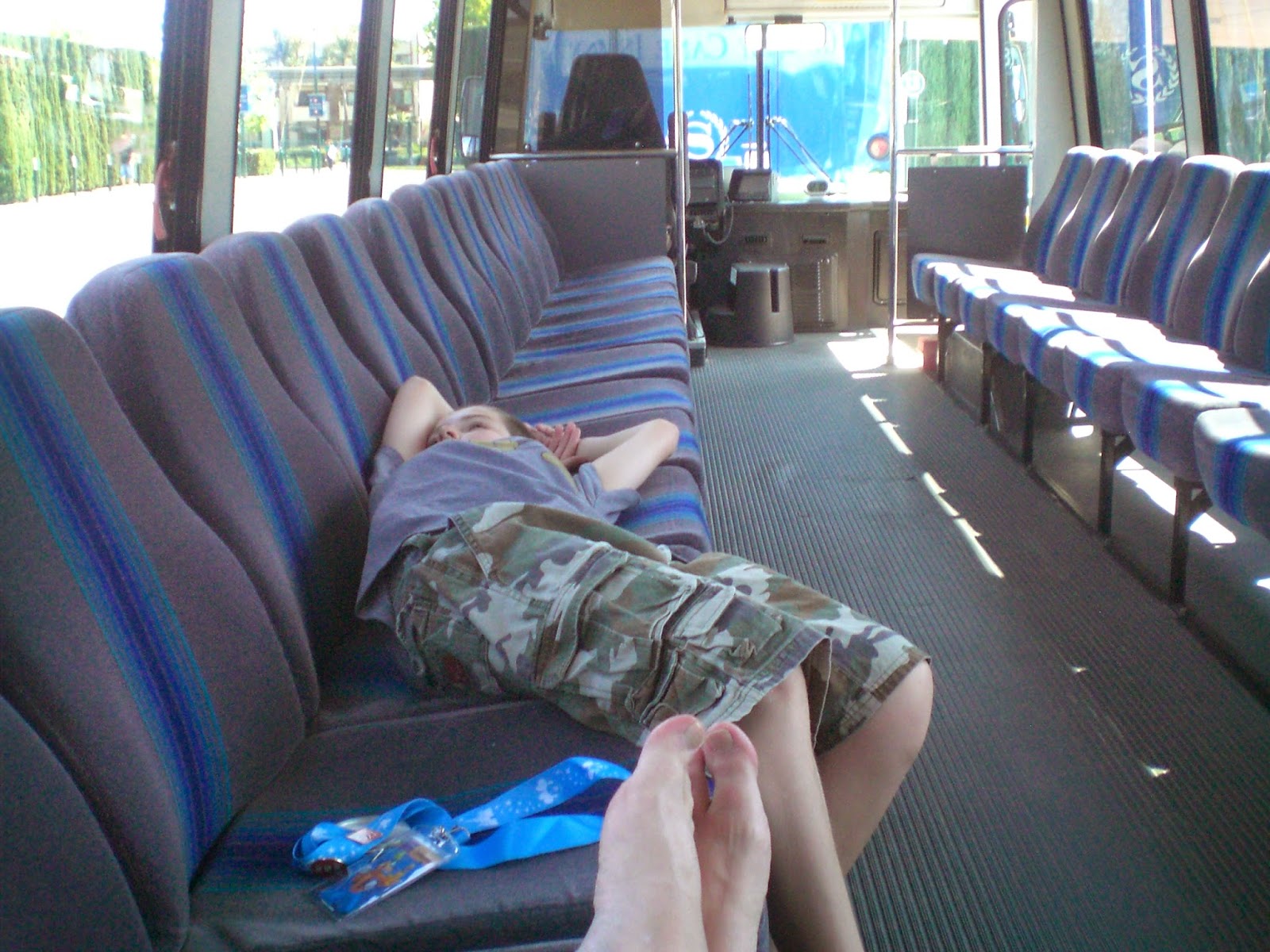 We had the whole shuttle to ourselves, fortunately. 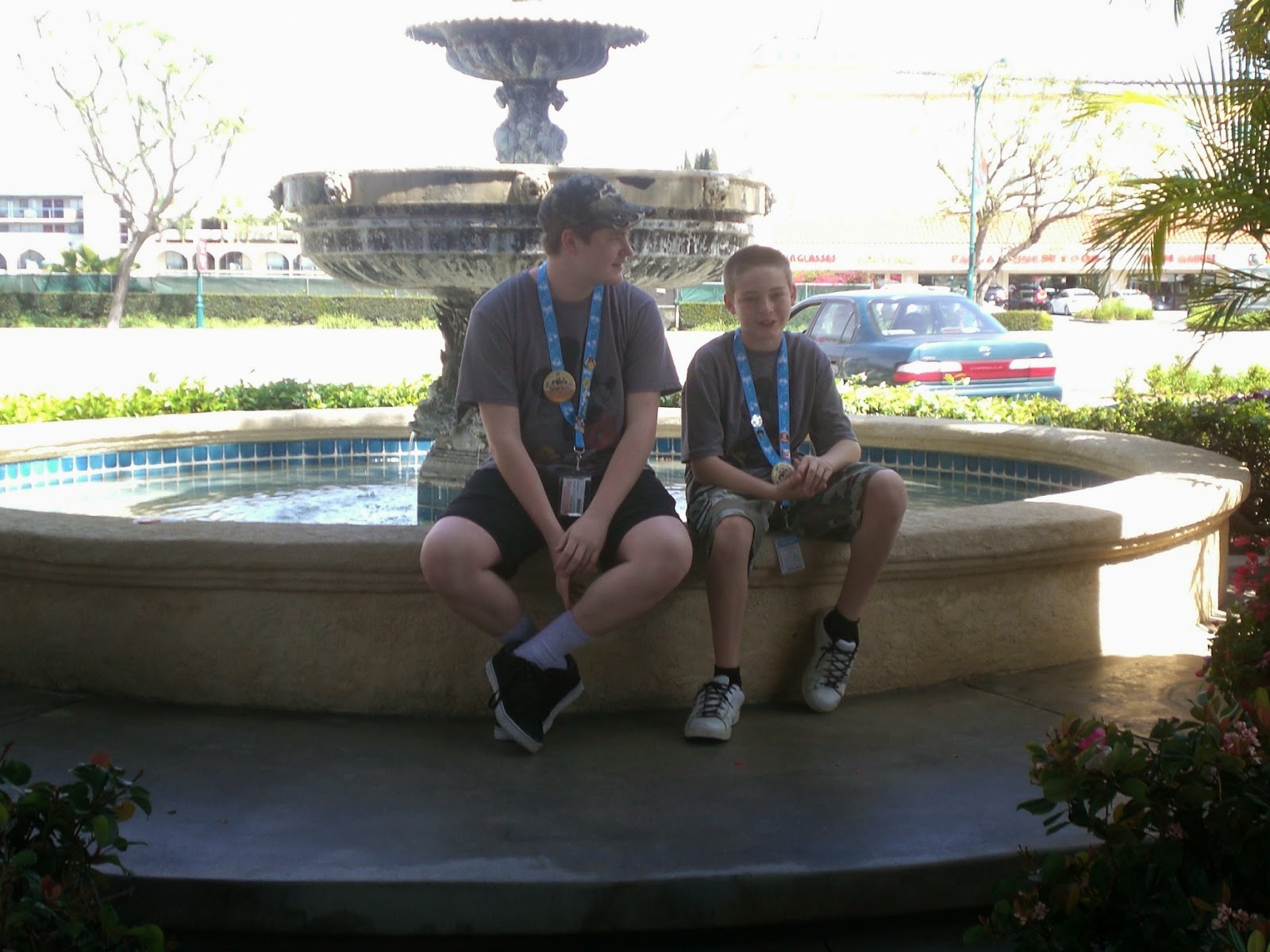 The fountain in front of our hotel.  Rested and refreshed and ready to go back for more. 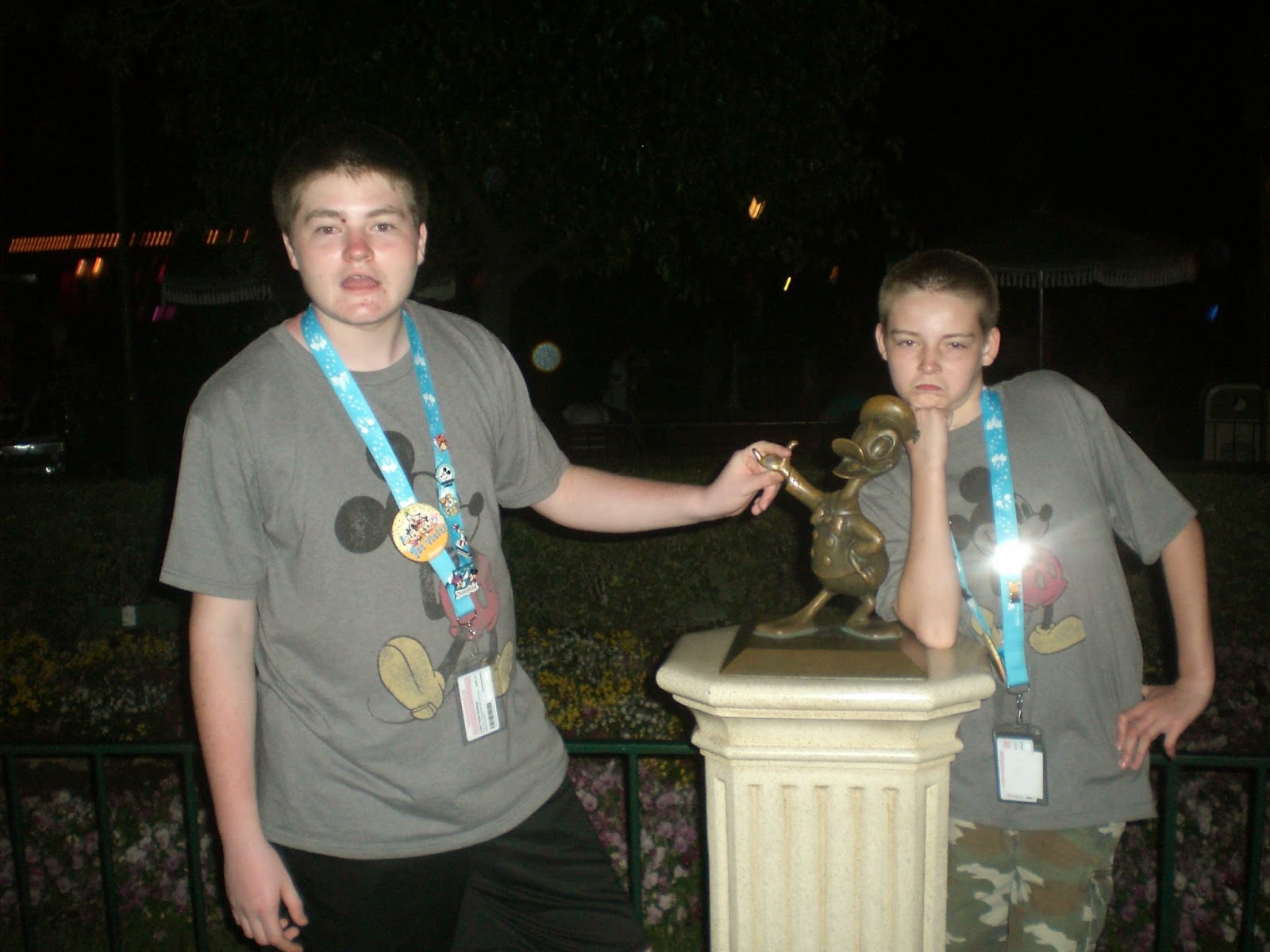 There you have it.  Our whirlwind Disneyland trip in a nutshell!  I hope to be posting a Disney related project, as well as a travel journal review in the next few days.