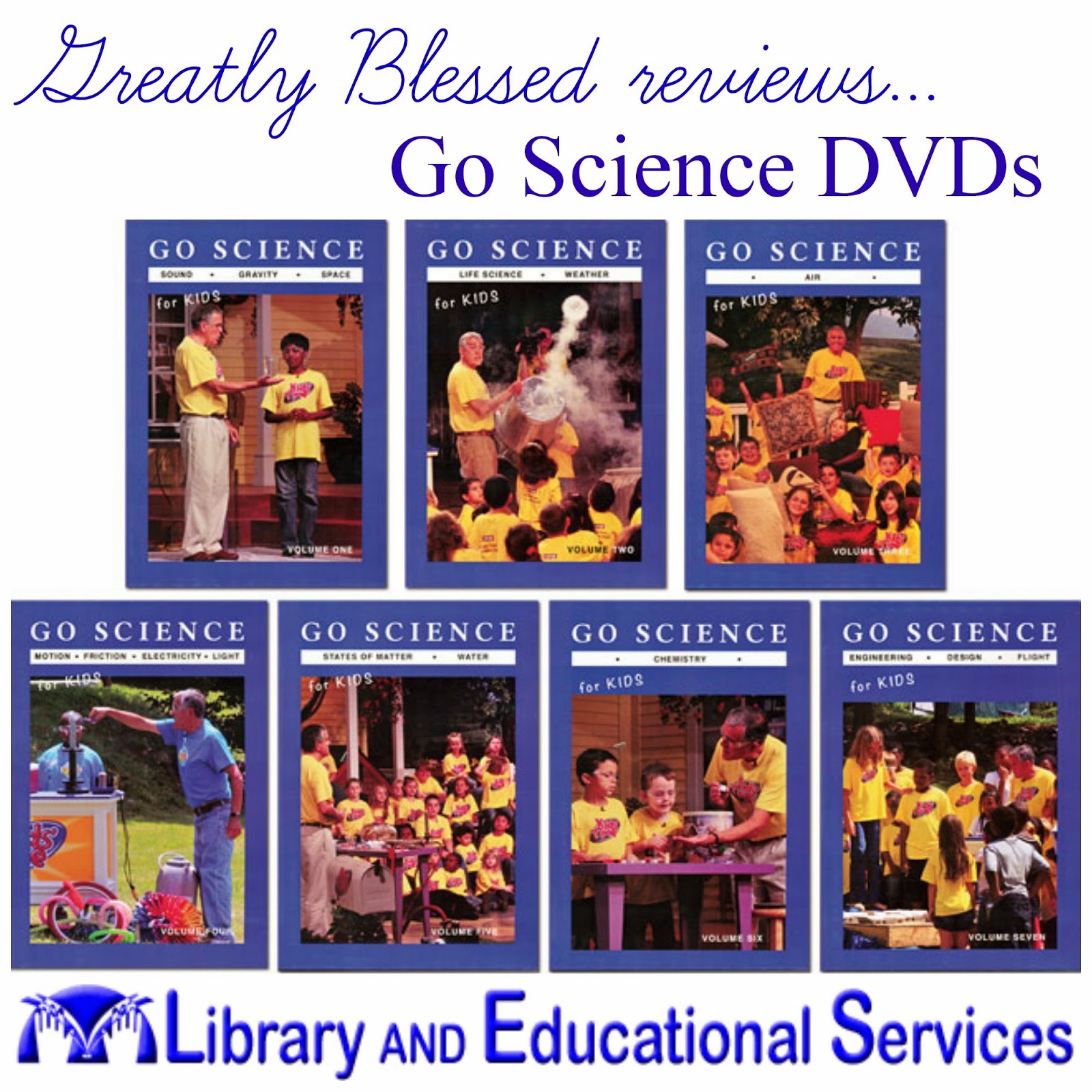 The generous folks over at Library and Educational Services sent our family 2 Go Science DVDs to review. 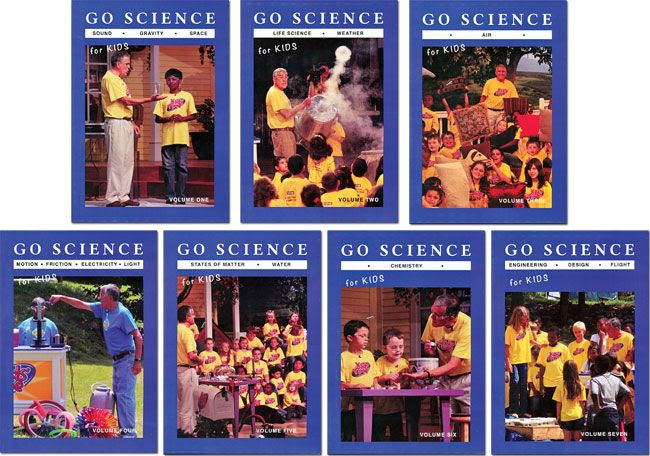 Eli helped me select which ones we wanted.  Our choices were:

I knew Eli would select Engineering, Design & Flight because of his aircraft obsession.  His second choice was Motion, Friction, Electricity & Light.  Each DVD sells for $8.97.

I popped some popcorn, and we watched the first 3 episodes from the Engineering, Design & Flight disc before my phone rang, interrupting us.

The guy in charge pulls volunteers from his audience to help with the experiments.  The disc starts off with a study of volume, with kids pouring pasta into two different size tubes (tall & skinny vs. short & fat) to see which one will hold more pasta.

The second segment, balance, touched on concepts that we were introduced to when we built mobiles this past school year.

I got a chance to check out the back of the DVD case and discovered "the guy" is Ben Roy, a science teacher at University of Tennessee.

Often in the segments, Mr. Roy links the experiment to a Bible lesson.  For instance, when discussing centrifuge, he segues from a water pump to Jesus, the Living Water.  At the end of each clip, he says, "When we learn more about science, we learn more about our Creator, God."  The first time he said it, I was so struck by it, I had to write it down.  By the end of the disc, however, I didn't need it written down, because we'd memorized it.

Some of the experiments, such as the 10 nails trick, could be done at home.  Others, such as the giant trebuchet, were just for watching.  Some would make great science fair projects!

We have done the film canister rocket before, but the DVD reminded Eli to start asking me to pick up some more antacid tablets!

On another day, we sat down to watch the second disc.  This one started off with inertia, and demonstrated that nature obeys the laws of God by using the tablecloth trick.  Balls were used to show potential and kinetic energy.

In a segment that Eli immediately wanted to duplicate here at home, the demonstrator showed how you can lift a marble from a table with a wineglass, using centrifugal force.

In the yoyo episode, the moral of the story was to not trust our feelings, because like a yoyo, feelings can be up or down.

When conservation of energy was demonstrated with a bowling ball to the face (probably the most suspenseful part of the 2 discs!), my kids yelled, "Miss Tammy did that at VBS!"

Then we were on to the study of friction.  Ben Roy talked about cars, and how they can't operate without lubrication because of friction, and showed how rollers make a loaded sled easier to pull across AstroTurf.  Another friction segment had the kids picking up a container of rice with just a skewer!

Probably the most interesting part to Eli was the simple motor made from household objects.  A battery, some wire, a magnet, and 2 paper clips are all that's needed to recreate this cool science experiment.

We watched in awe as jumping rings jumped even higher when cooled by liquid nitrogen.

The final segment on the second disc had a great tie in with water colored red representing our sins, and the white bubbles floating on top covering our sins.

These DVDs are geared towards kids age 6-10, like my Hannah and Jack.  Eli and Brianna, although older than the age range, found some of the experiments interesting, like when the kids walked on eggs!

I appreciated the emphasis on safety in the segments.  From cautioning kids not to climb on a roof, to wearing bike helmets, to keeping music at a reasonable level to using safety goggles, they were very safety conscious.

I placed an order with Library & Educational services, because I saw some materials that will go along with what we'll be studying next year.  I had an issue after I submitted the order, and when I emailed about it, I received a prompt, courteous, and helpful response, and the issue was taken care of without any further follow up on my part.  I am very pleased with their customer service.

You can connect with Library & Education Services on Facebook.  You can read what other Crew families had to say about these and the other discs in the series by clicking the box below: