One Year With Luke 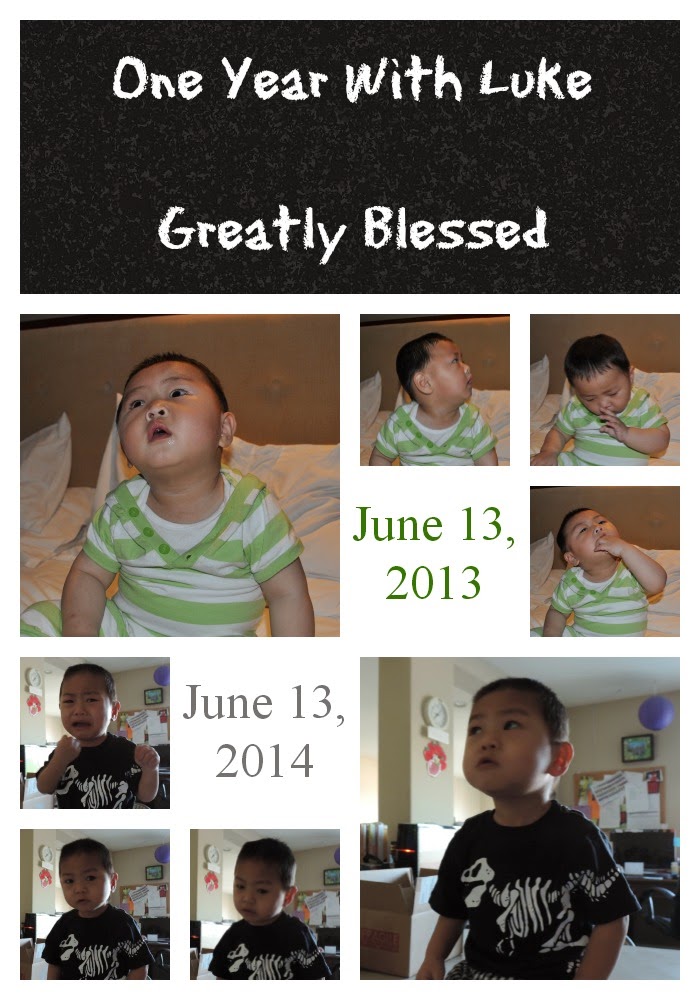 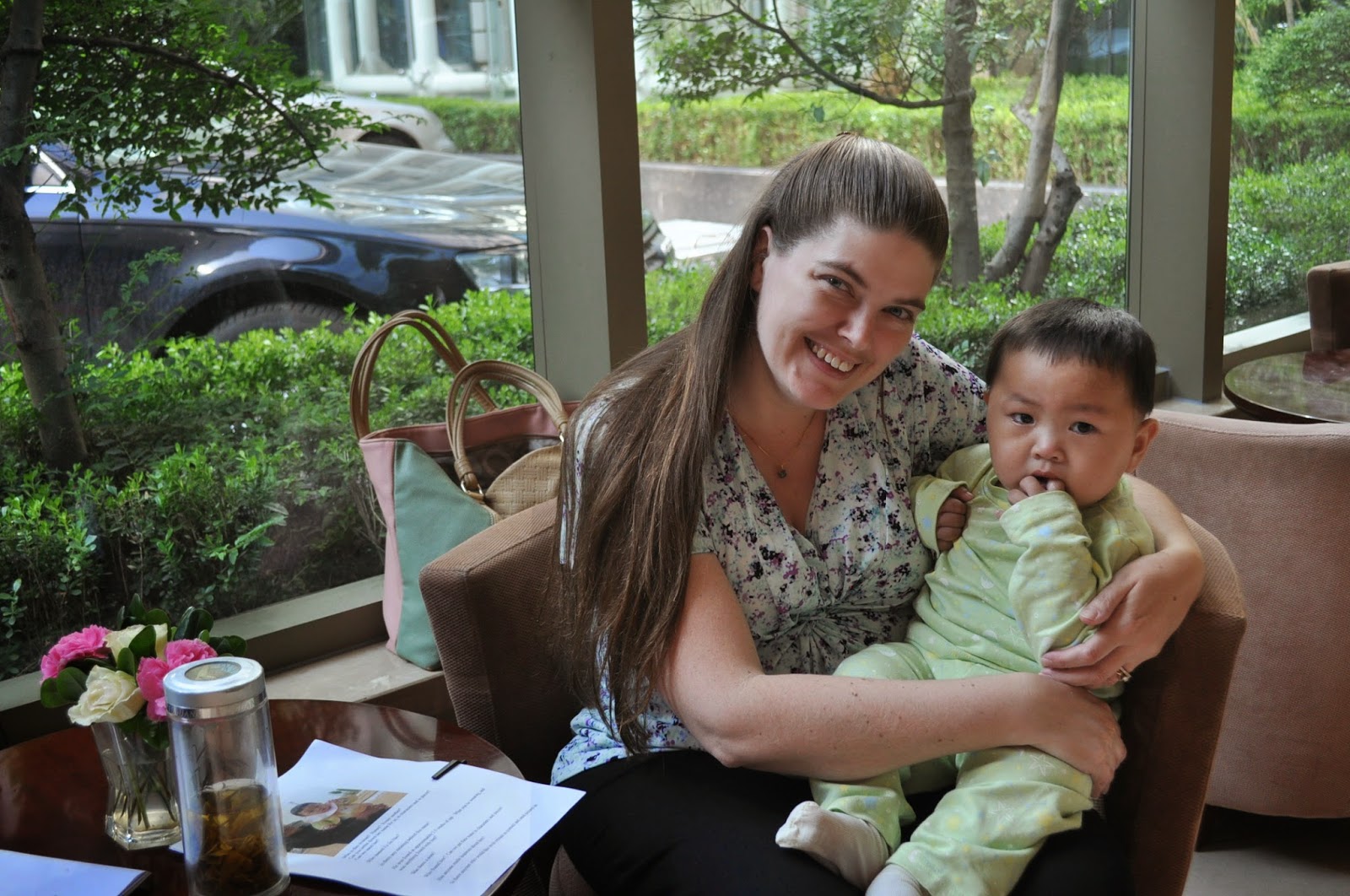 One year ago, I was full of anticipation.  My guide and I sat in the hotel lobby and waited and waited for Luke to arrive.  When they finally got there, they said he'd been sick in the car.  Right after this picture, he started howling (understandably!) and didn't stop until I got him into the bathtub upstairs. 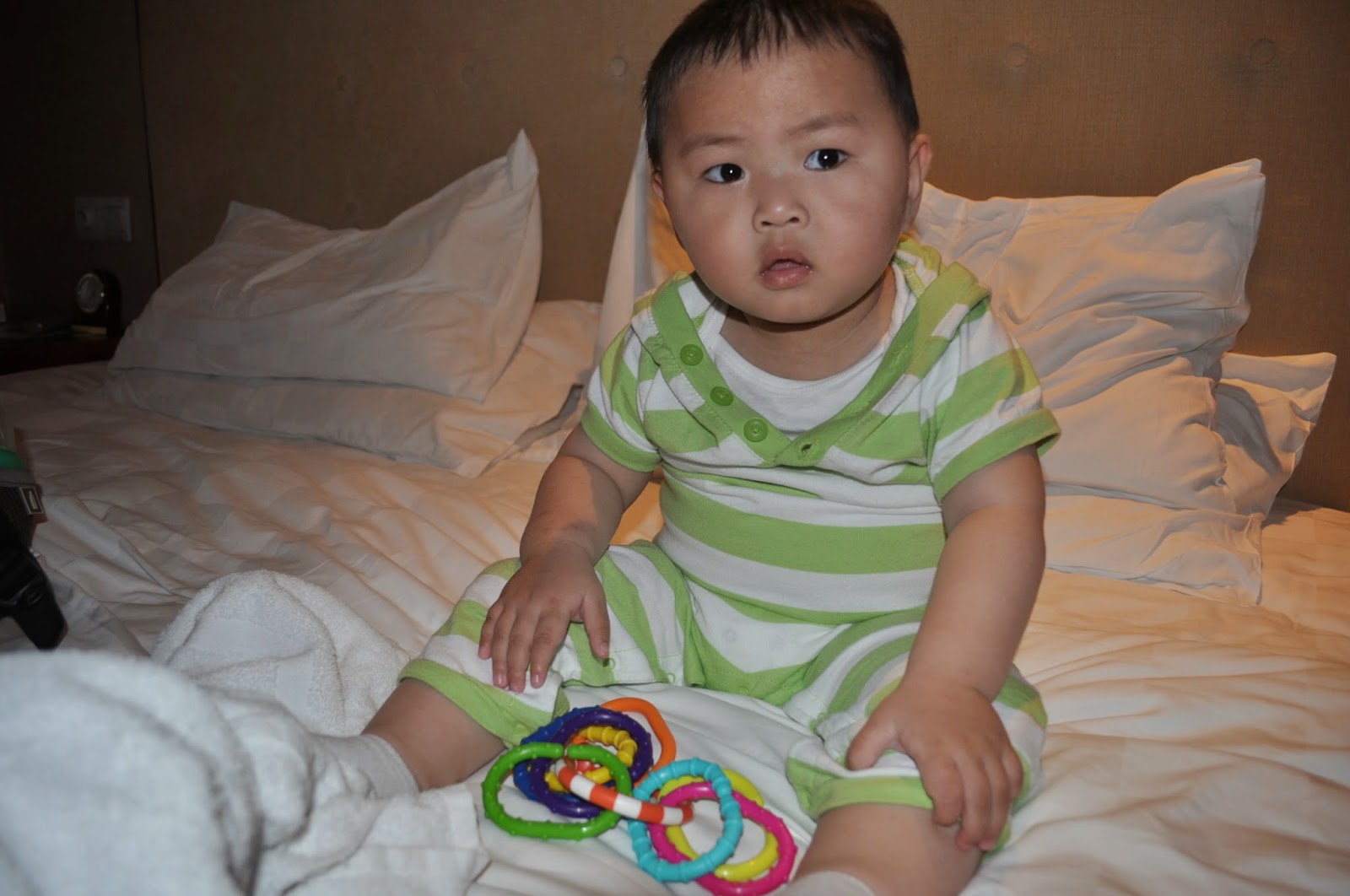 It was after his bath that we started getting to know each other.  I look at this picture now and see his chubby little arms and face and realize how much he's changed.

Luke has lost 6# since we've had him.  :(  I knew he'd slimmed down a bit as he went from near-constant bottles of milk to a solid food diet, but it's only been in the last month or so that I've realized how thin he's gotten. 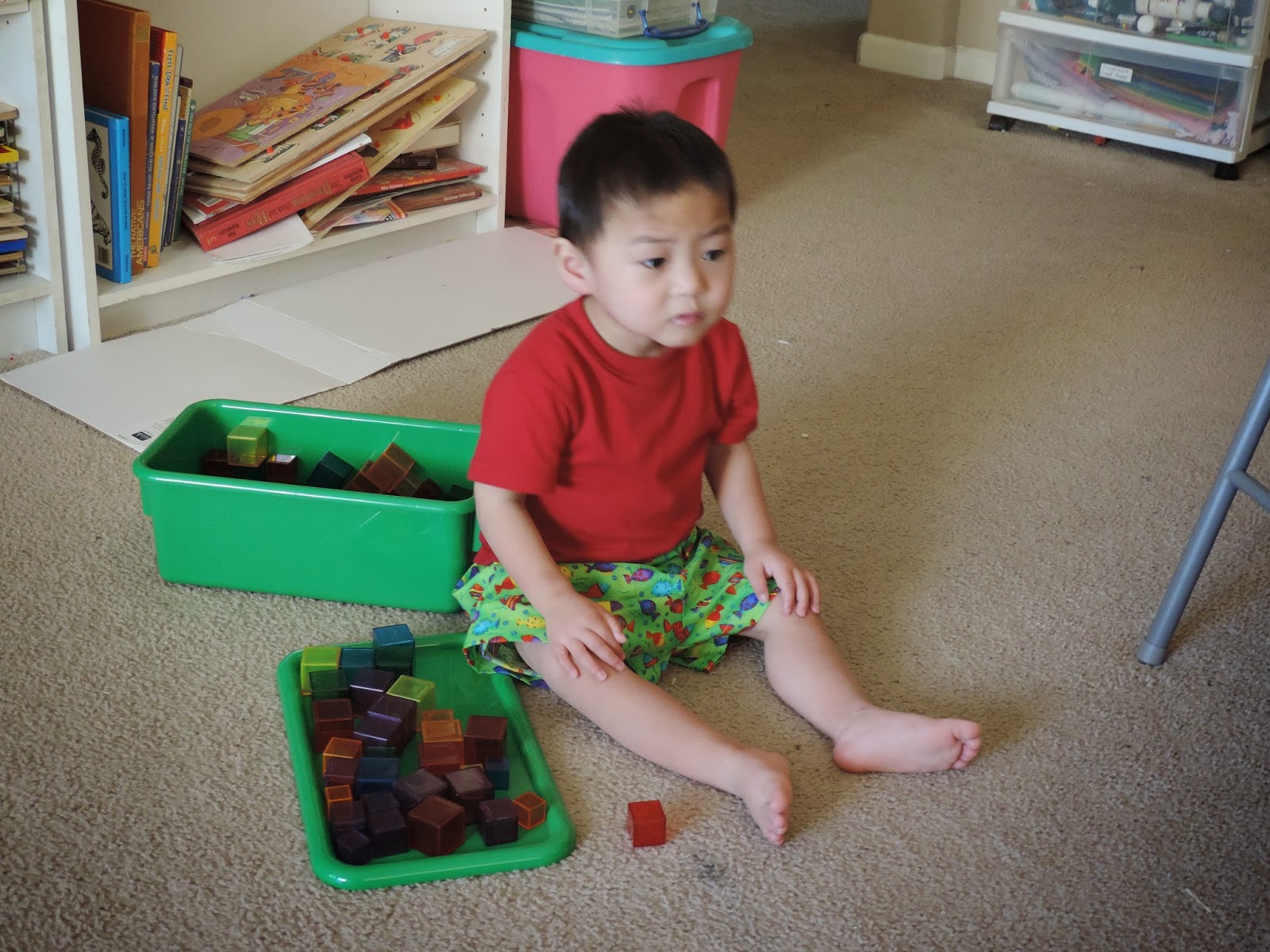 See how his arms and legs have changed?  His GI doc diagnosed him with Failure To Thrive this week.  We're working hard to avoid a feeding tube.  He goes back next month for a weight check. 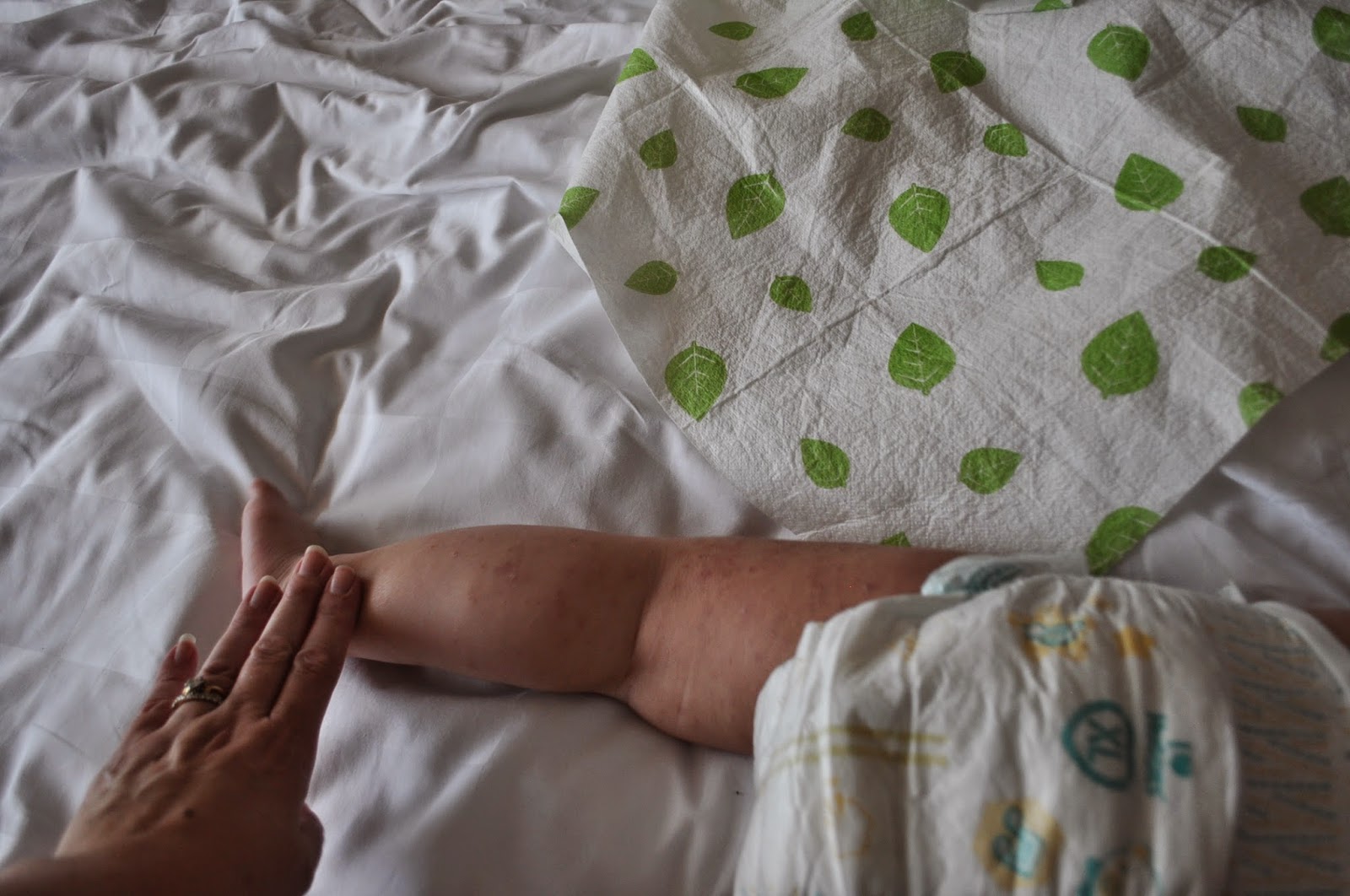 His skin, however has gotten much better!  When I got him, he was so itchy and covered in little bites and welts and splotches.  Now, he generally has a couple bruises from head banging, but otherwise, his skin is looking good. 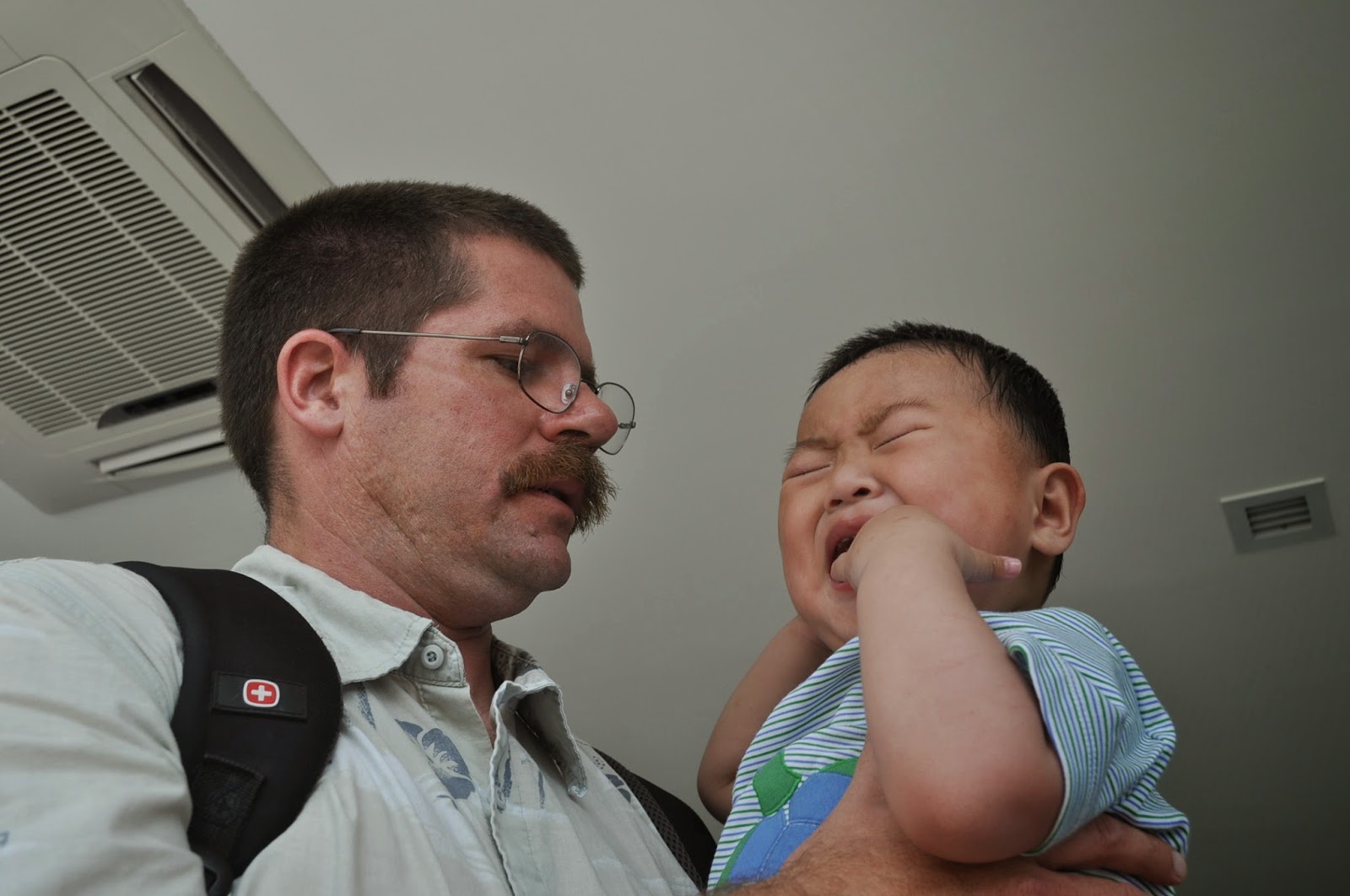 We still see quite a bit of this, unfortunately.  Despite more than 100 appointments with doctors, specialists, assessments, therapists, and a couple of hospital tests, we're no closer to knowing why he's so miserable. 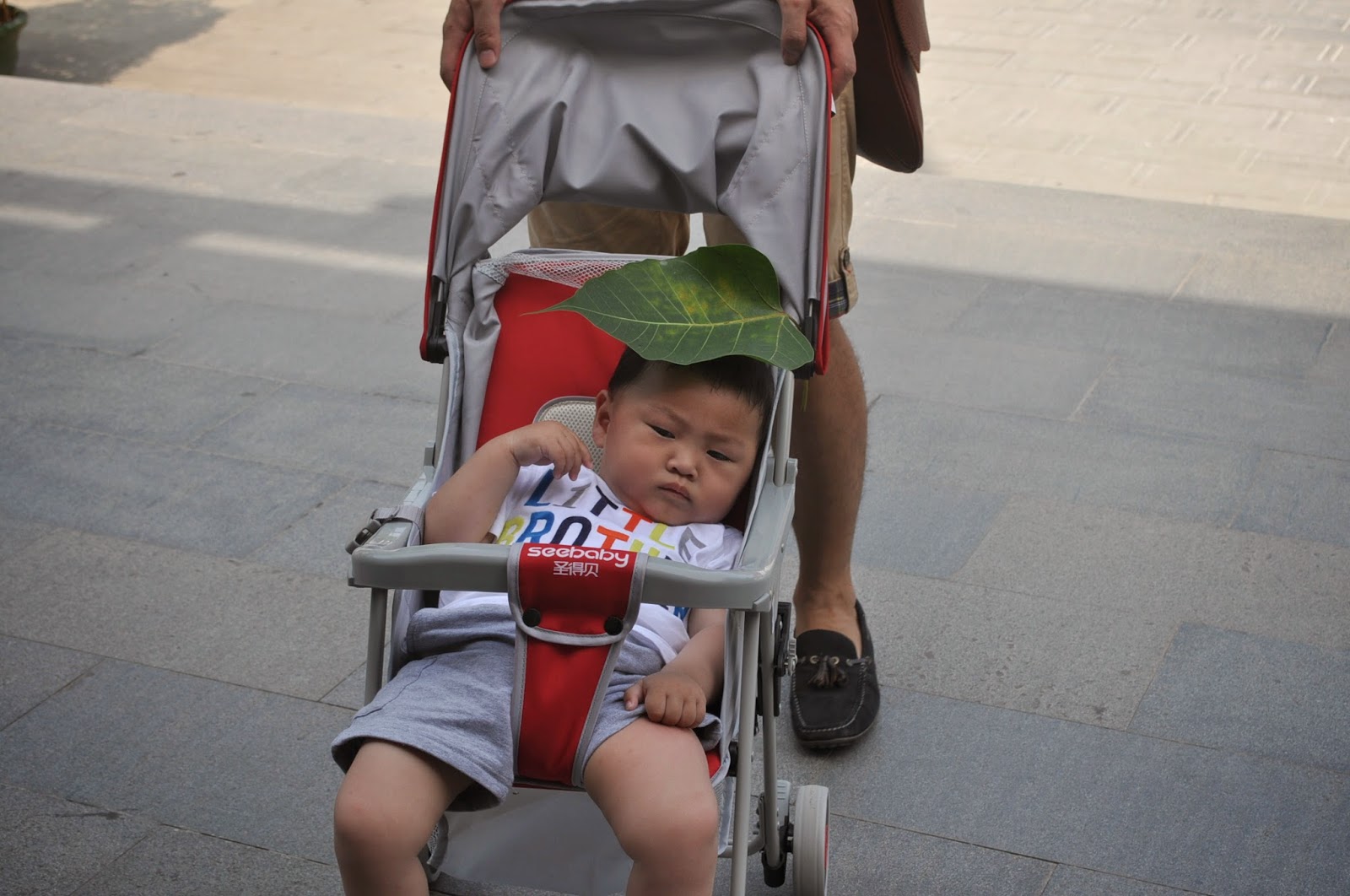 I thought we'd bring him home and get him some help and he'd flourish into a walking, talking, laughing, fun little boy. 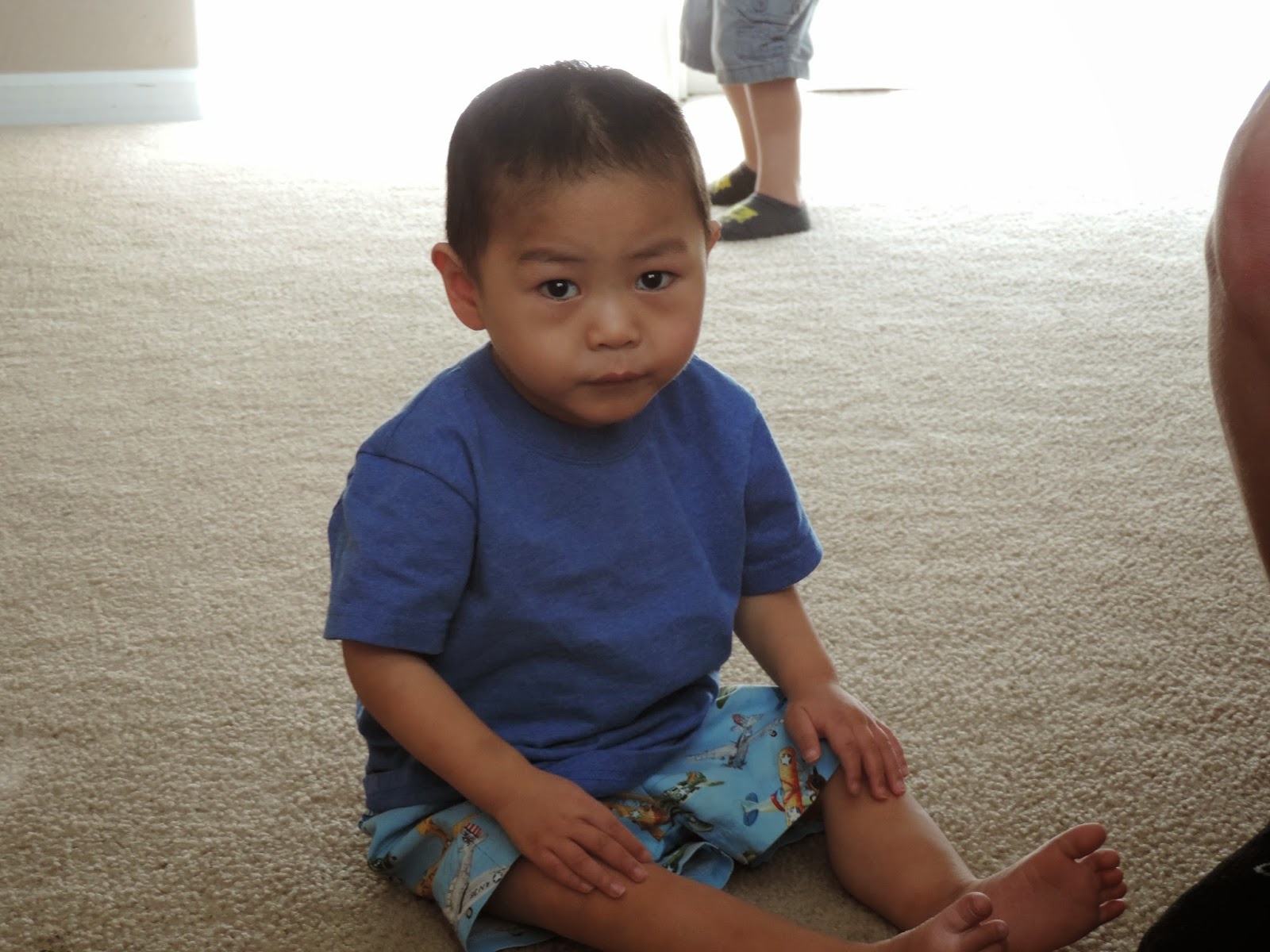 His development is splintered, but some areas, it's as low as 5 months old.  He'll be 3 next month.

If he has what the geneticist at UCSF suggested in February, he'll never walk.  All these months, I've been pushing him to stand at the advice of his physical therapist, thinking, "If he's going to walk, he needs to practice standing."  We're starting to feel like 'why bother?' with the standing exercises, if they just make him scream, and he's not going to walk anyway. 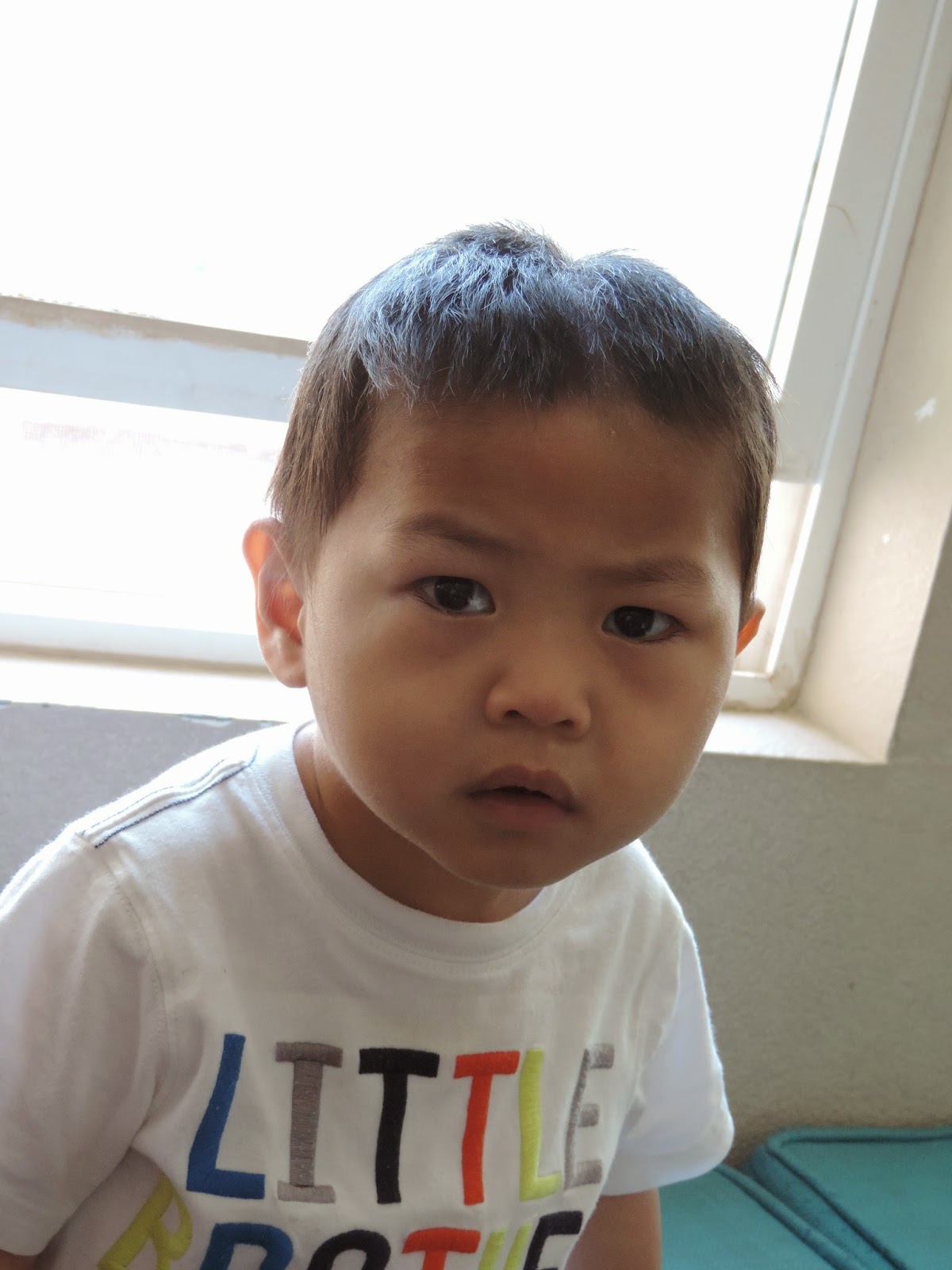 I appreciate the people who've prayed for our family as we've tried to navigate being thrown into the deep end of the pool without floaties.  This has been so much more than we bargained for.  We thought we were facing an outpatient surgery (that it turns out he doesn't need after all) and maybe needing an IEP when he got to school age.  Autism, seizures, Failure To Thrive, and a host of other issues were not on our radar. 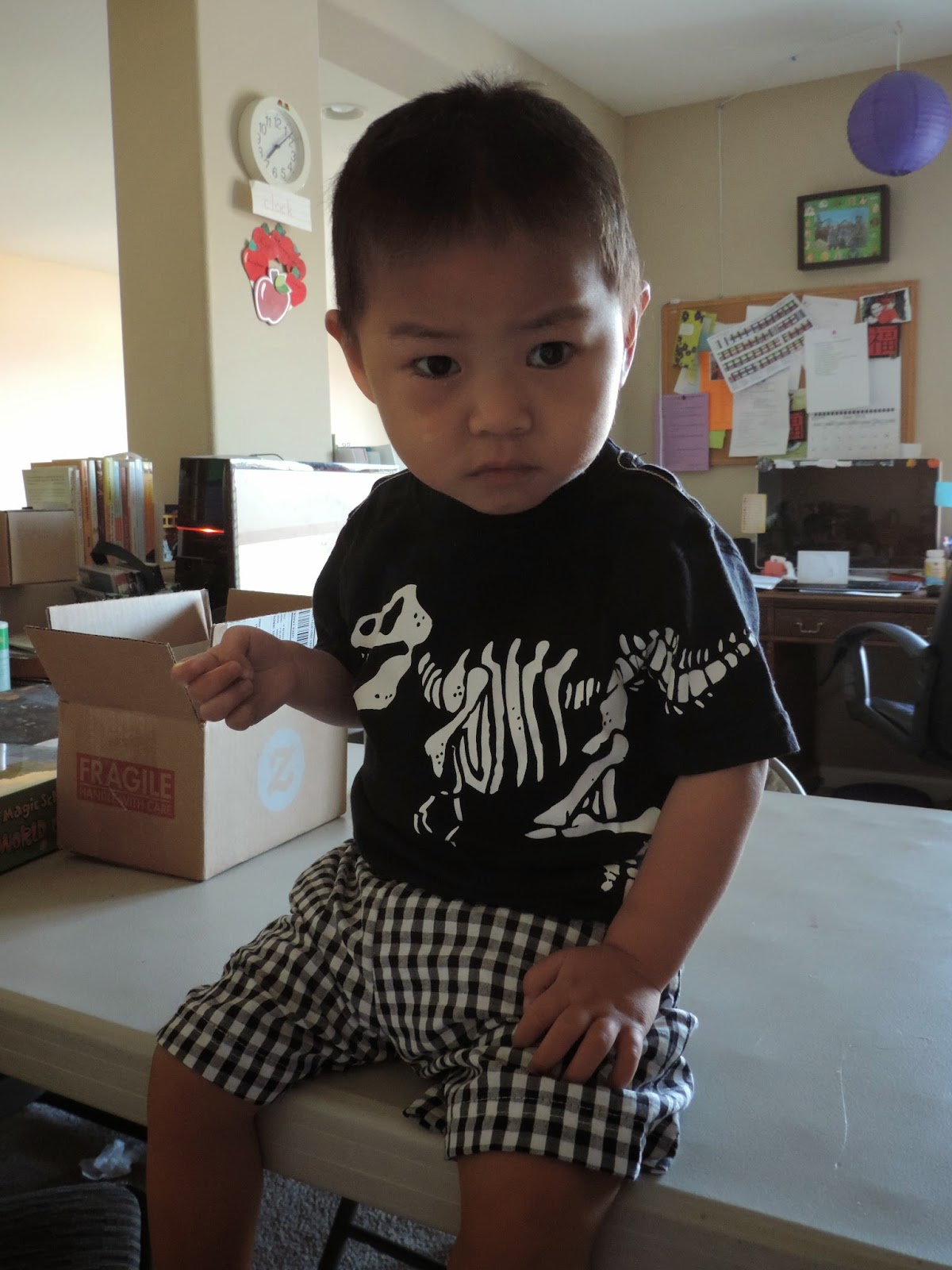 One year ago, I was full of anticipation.  Now, I'm just weary.  As I sit and listen to Luke screaming downstairs, I wonder what the future holds.  Maybe I don't want to know.  Our adoption of Hannah was so beautiful and she blended into our family so well.  Our "concerns" going into it a second time were about attachment issues and surgical recovery, not juggling multiple therapies and worrying about lifetime total care.  If I couldn't have imagined this, what other unpleasantness lurks in our future?

Linking up with Christian Fellowship Friday.