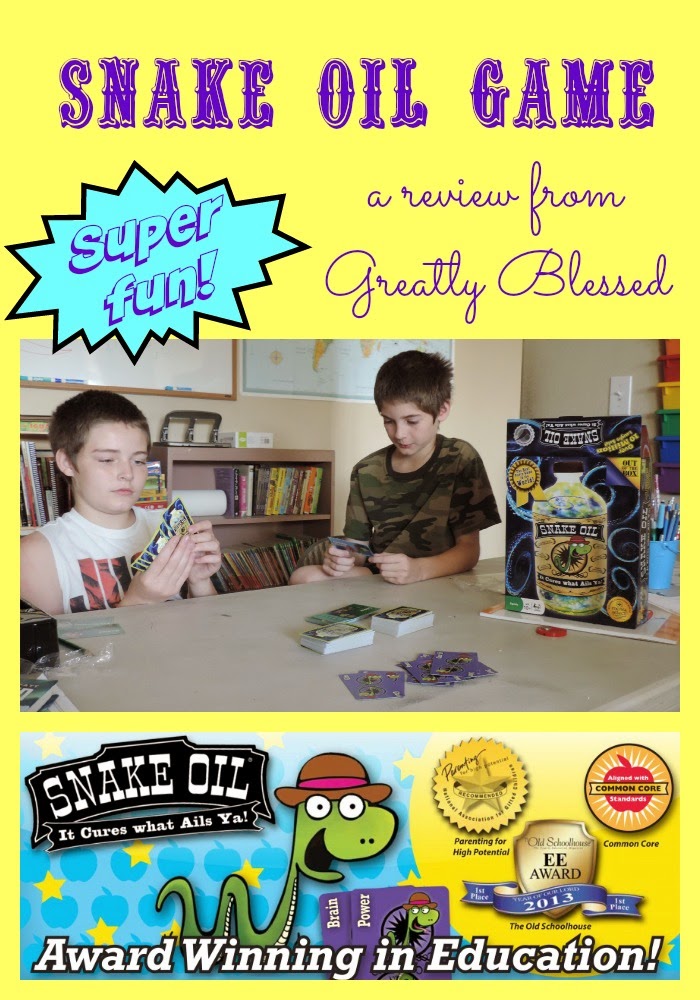 Fun, fun, fun!  I mentioned that one of the prizes for the Treasure Hunts we did recently was a game. 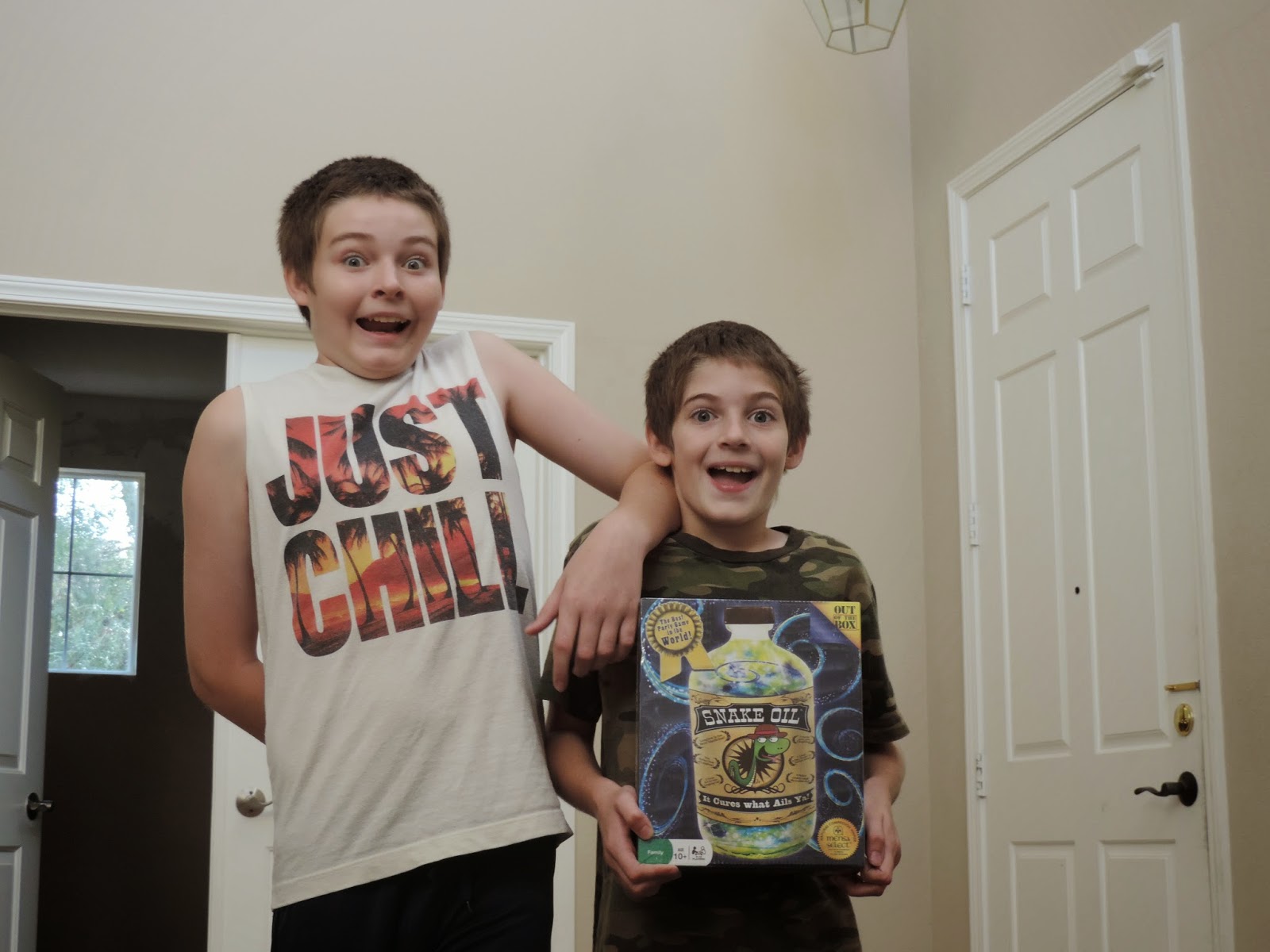 The game is called Snake Oil, from Out of the Box Games.  To play, one person is the "customer."  He or she selects a customer card, and takes on one of the 2 identities from that card.  The other players choose 2 of their 6 word cards to create an invention that they think that sort of buyer would be interested in.  Then each player pitches their new product to the customer.  The customer selects the most appealing product, and the person who pitched it gets the customer card.  Whoever has the most customer cards, meaning the most successful pitches, at the end is the winner. 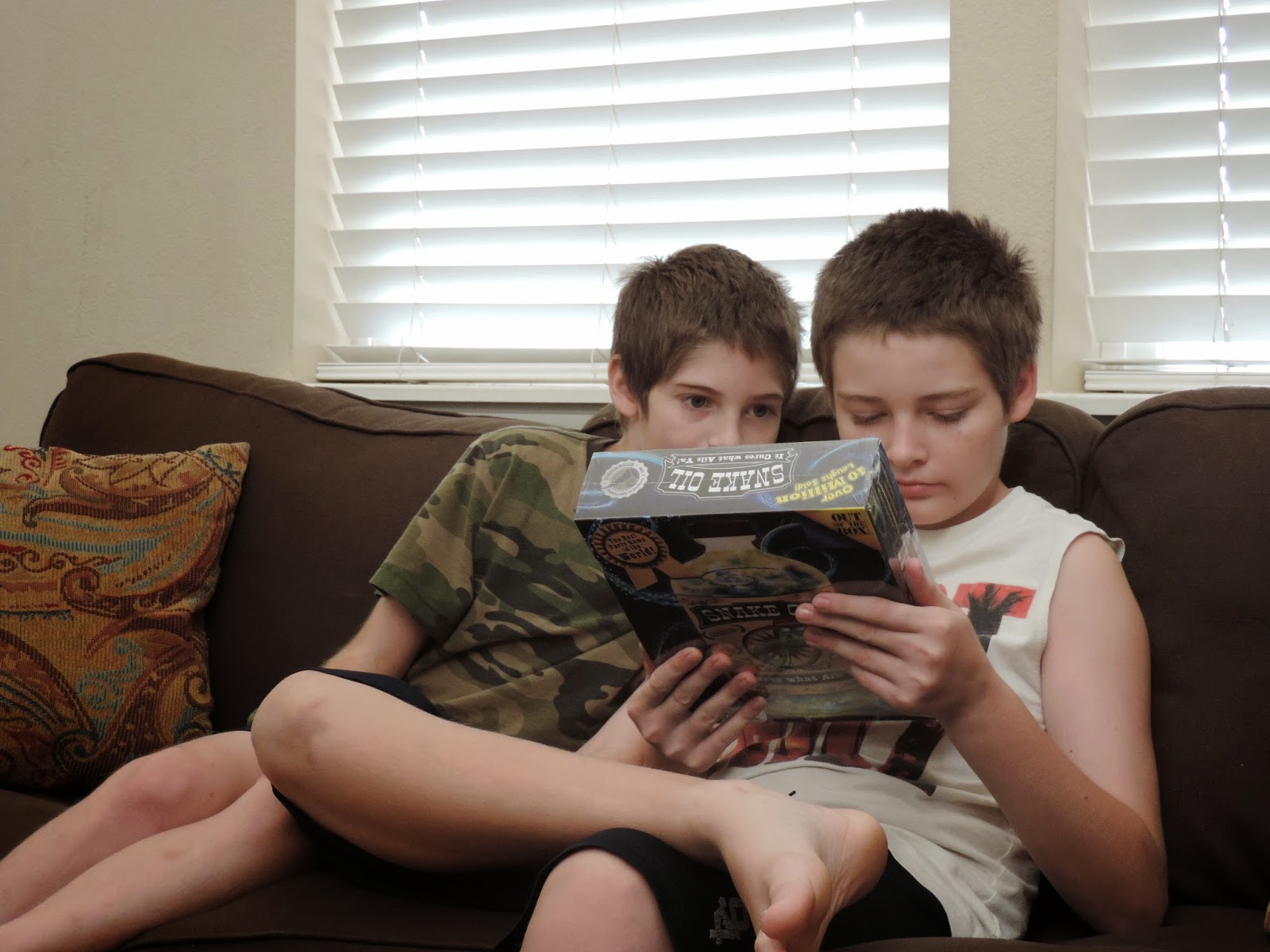 Initially, I played with Jack and Eli.  We were laughing so much that Josiah decided to jump in and play with us.  He said he liked it because it was more appropriate for a larger age range.  There's another game the kids have played together that doesn't work out so well, because the younger kids don't know what a lot of the cards mean.  With Snake Oil, it's easier to pair two random words together and create a good play. 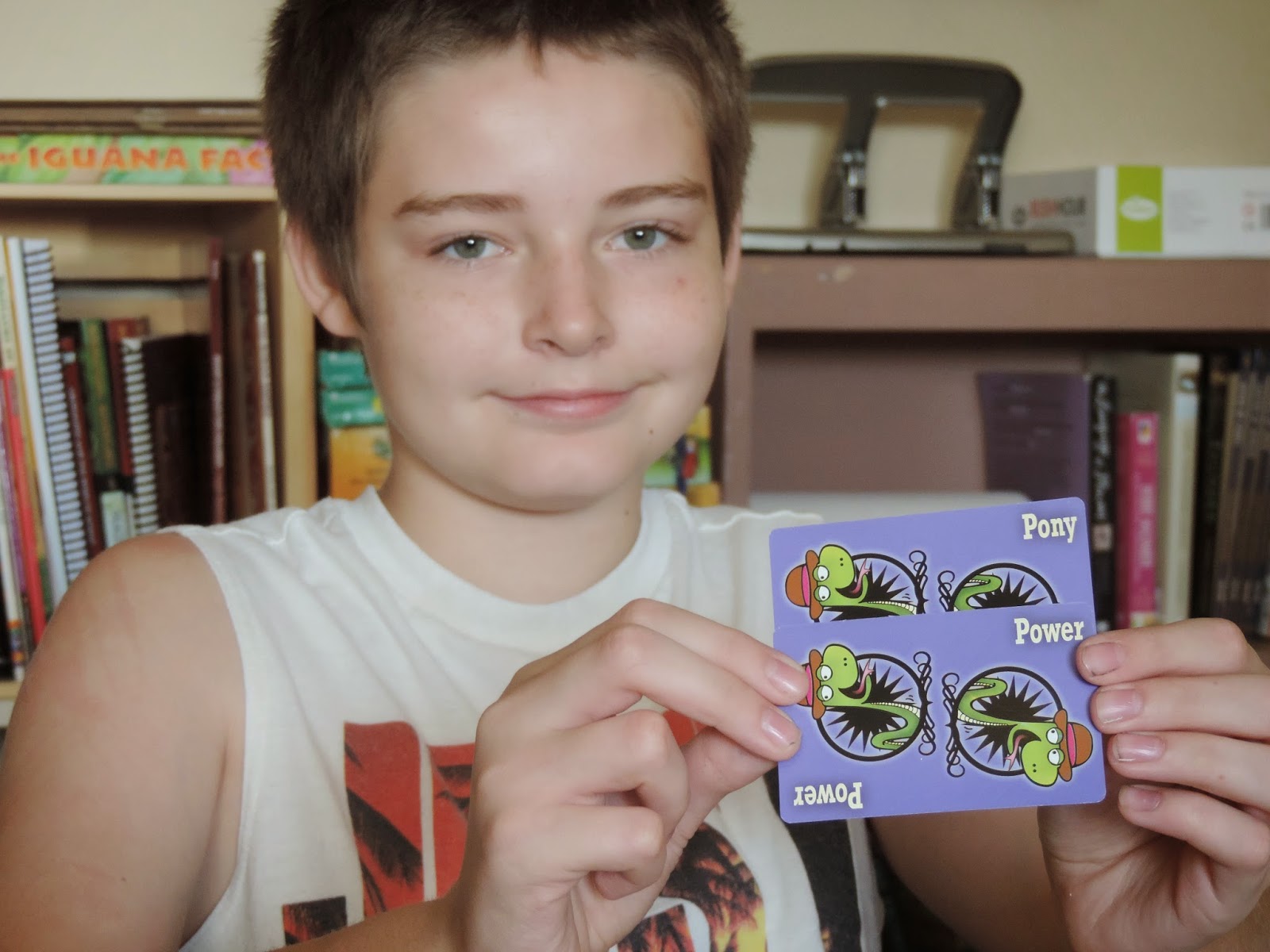 Eli said it was pretty fun!  He would like to actually have some of the cool creations he "invented" during the game, like the Meat Seeking Spear or the Ocean Couch.  As an aside, I had a hard time choosing between the Ocean Couch and the Window Nest, when I was a Couch Potato customer.  They both sounded great!  My boys are good salesmen! 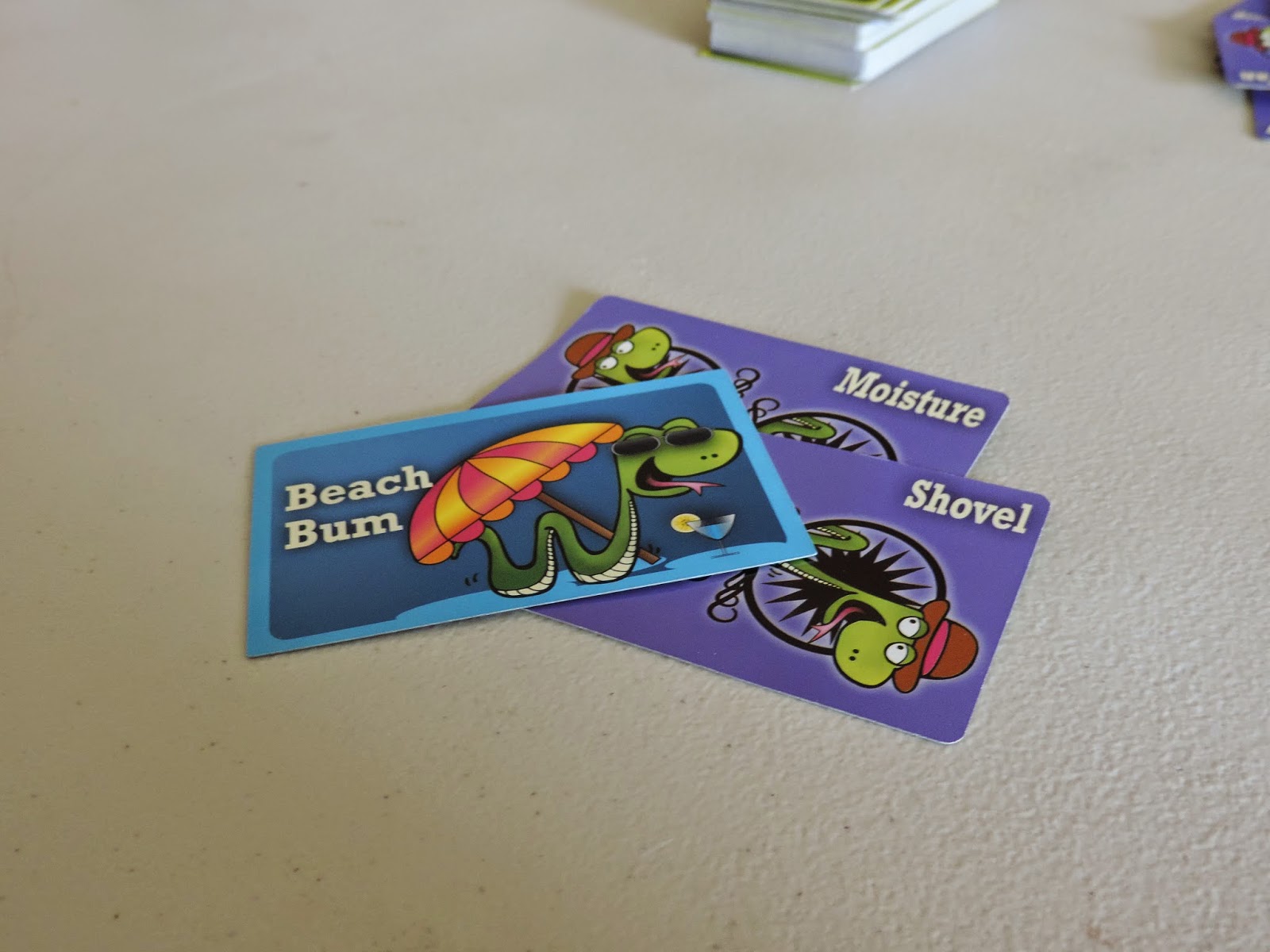 In one hand, the customer was a Beach Bum.  The beach bum listened to all the pitches and chose the Moisture Shovel, touted as being great for sandcastle building! 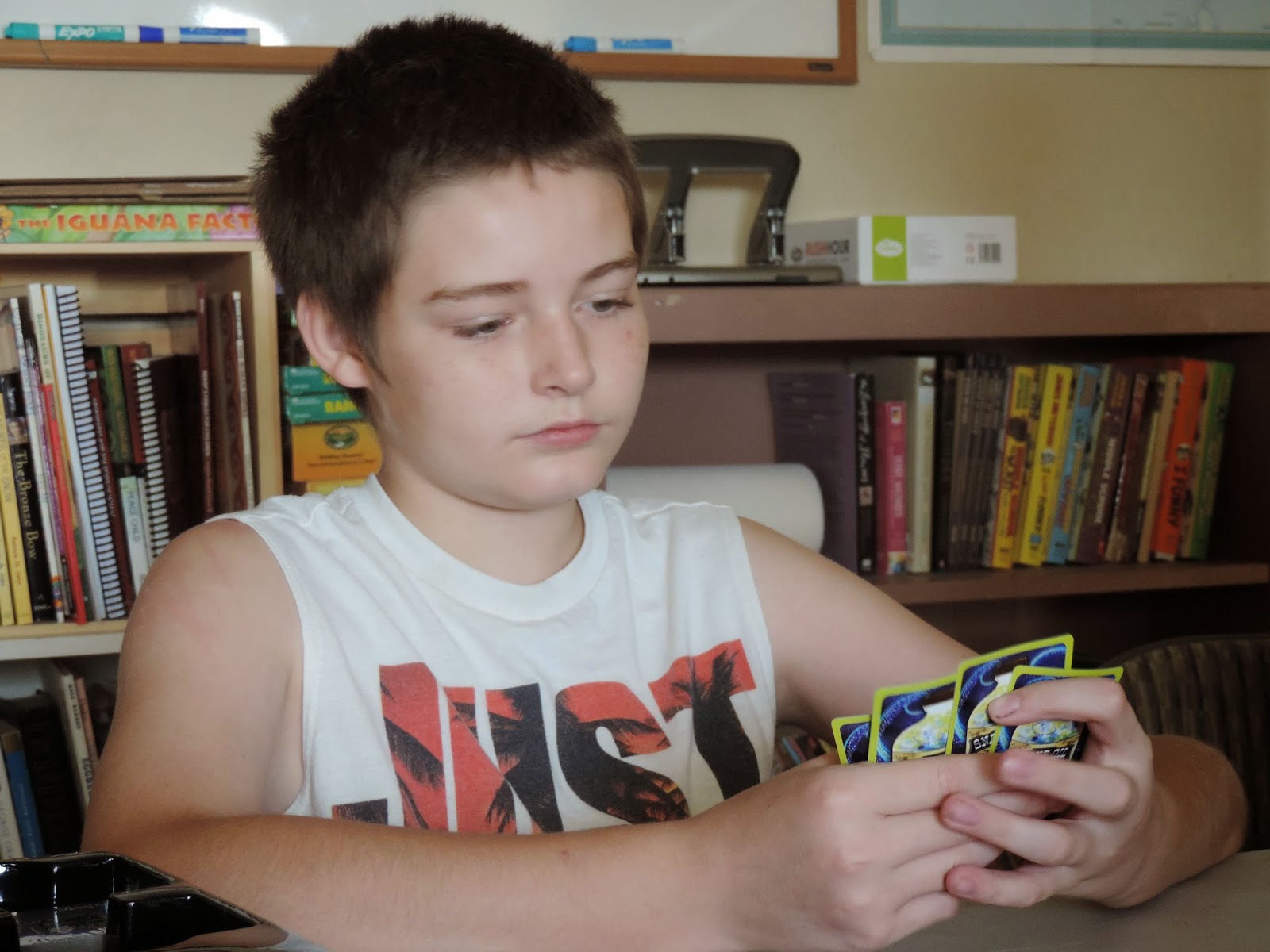 It's a fast paced, hilarious game of creativity and good sales and marketing skills.  I felt like it was really helping the kids learn to think on their feet and consider the desires of different types of people. 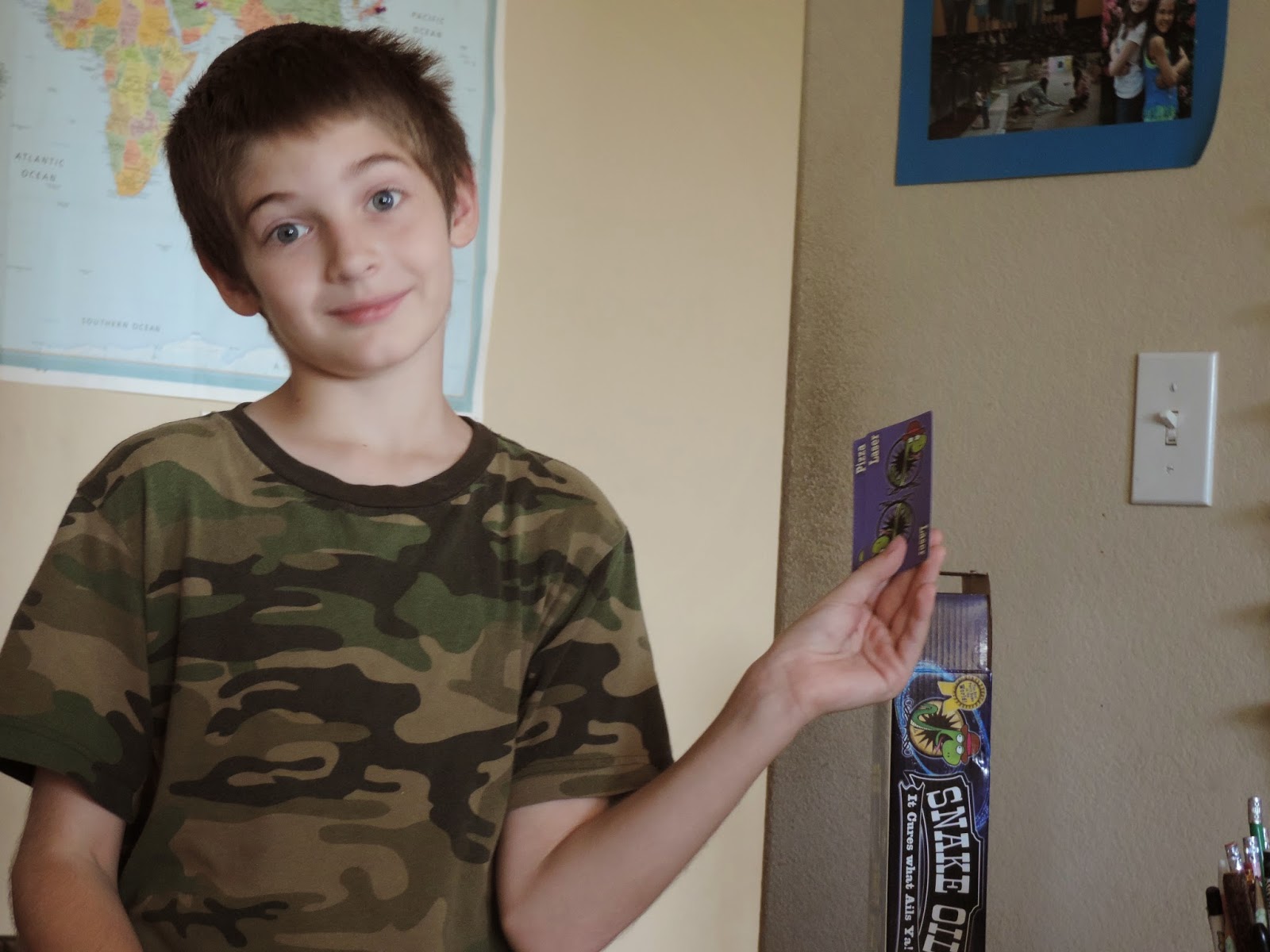 Snake Oil is designed for kids 10 and up.  Jack is 10, and he had a fabulous time!  I did have to help him read some of his cards, but most 10 year olds would be able to read them on their own.  In fact, one of his "inventions" was so awesome, Eli was wishing he had one when he came down with a cold:  the Virus Eraser!  Jack has asked if we could play it again, pretty much every day since. 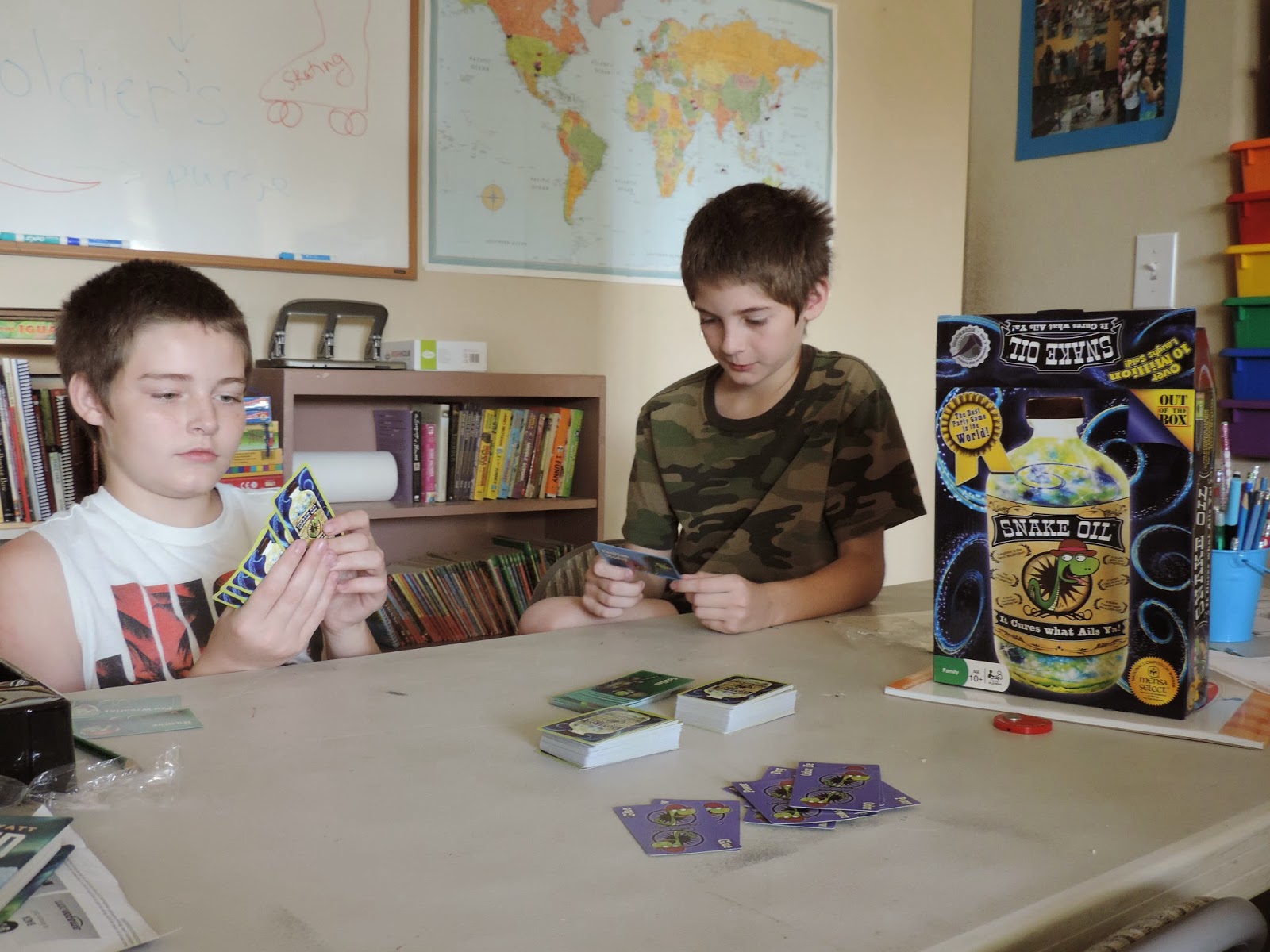 We ended up playing again later with all the big kids (except Sam, who was at football) and Zach & Heather, who came over for a visit.  It was so much fun!  Although, I was a little disturbed when I was the Kindergartner customer, and Zach tried to sell me Body Armor, to keep me safe at school!  I ended up choosing Heather's Glitter Wig invention instead. 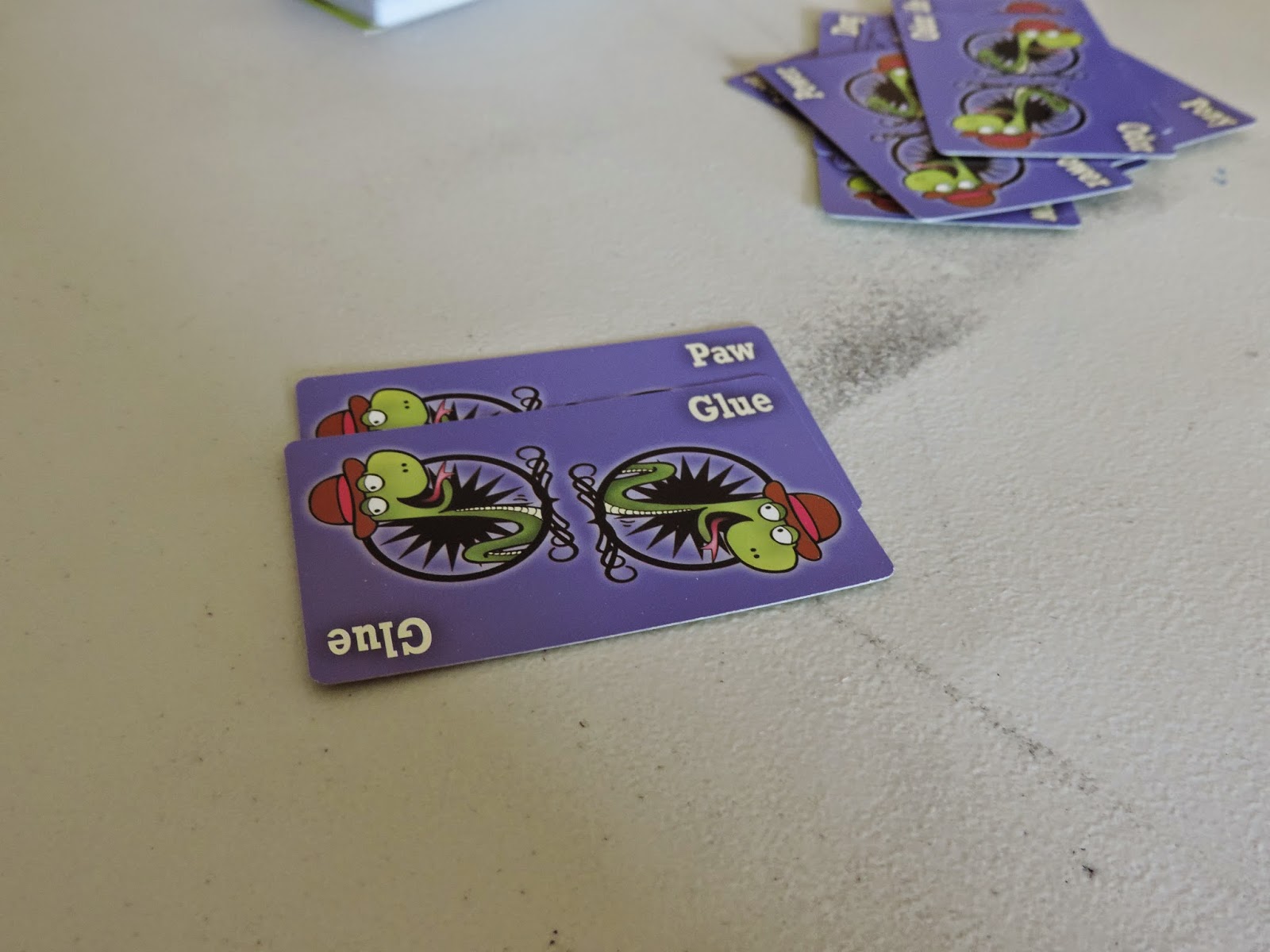 Some families may wish to remove certain cards from the game before playing.  There are words like Bra and Tattoo that might not be appropriate to all age groups or belief systems.  We had a hilarious situation where one of the younger players tried to market a Pleasure Ring, which I thought sounded more like an adult toy than something suitable for a family setting.

Snake Oil has won the prestigious Mensa Select award, as well as other accolades.  This game was an instant family favorite, and I can't wait to see the kids teach Annaliese how to play over the holidays.