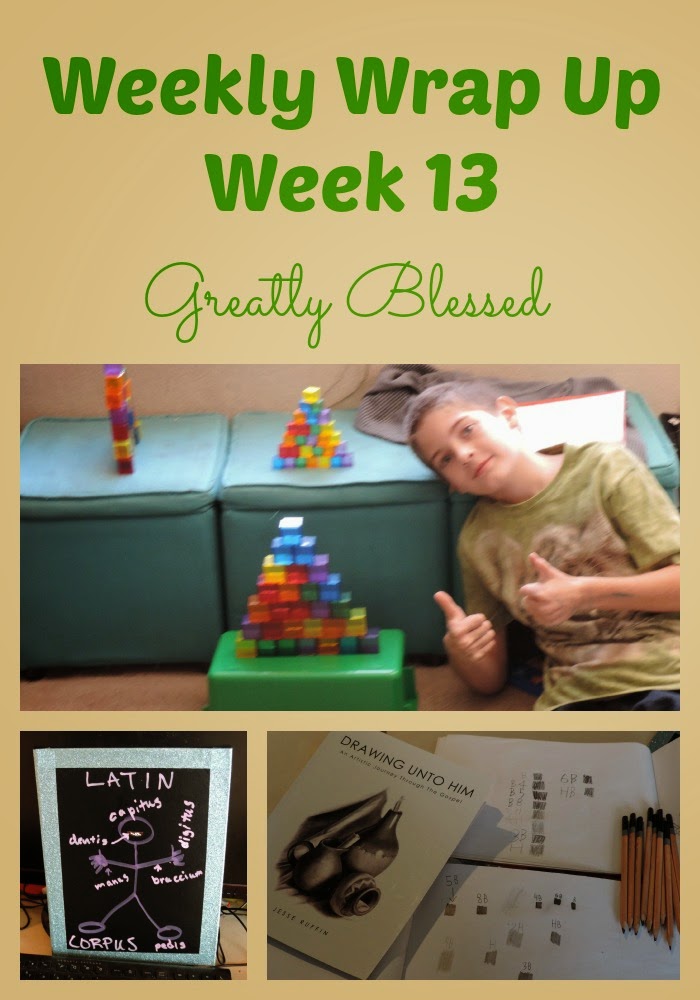 Has another week flown by already?  I feel like we're careening toward Christmas at breakneck speed. 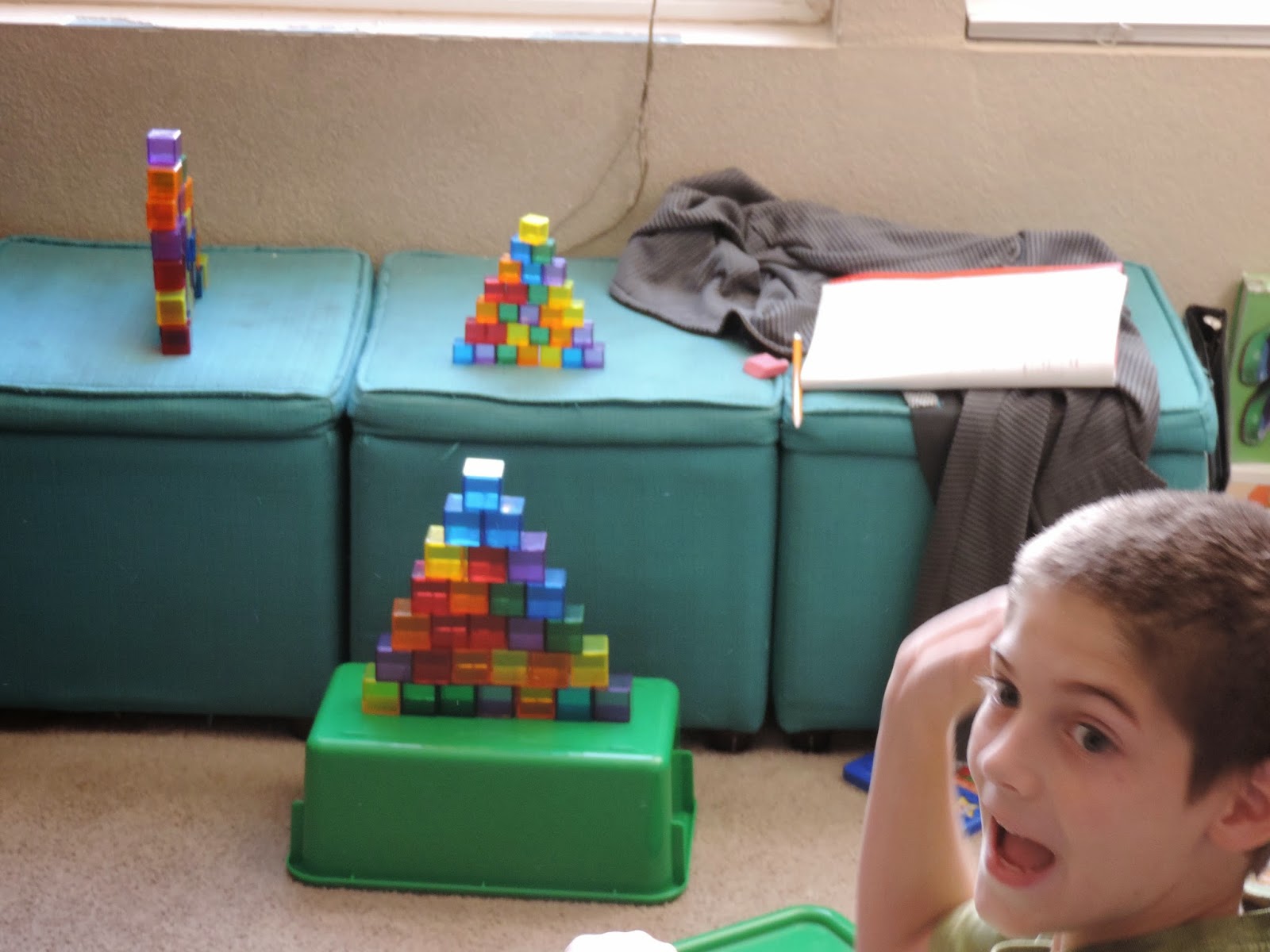 During our homeschool time, my boys have the freedom to move around while I read aloud, as long as they're not noisy. 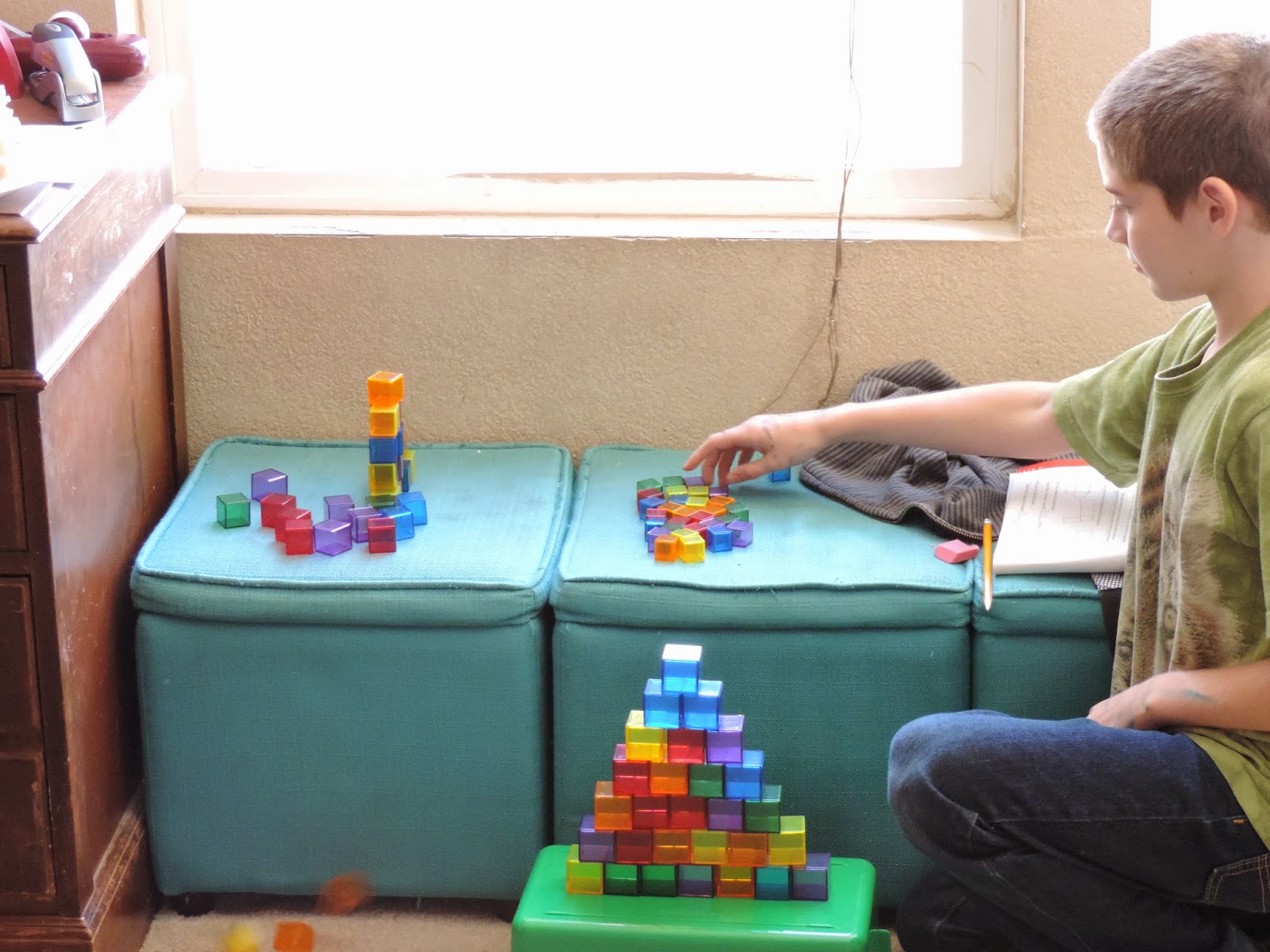 Jack got out the light blocks one day, and I'm glad he did, because then Katie remembered them, and has played with them a couple times since then. 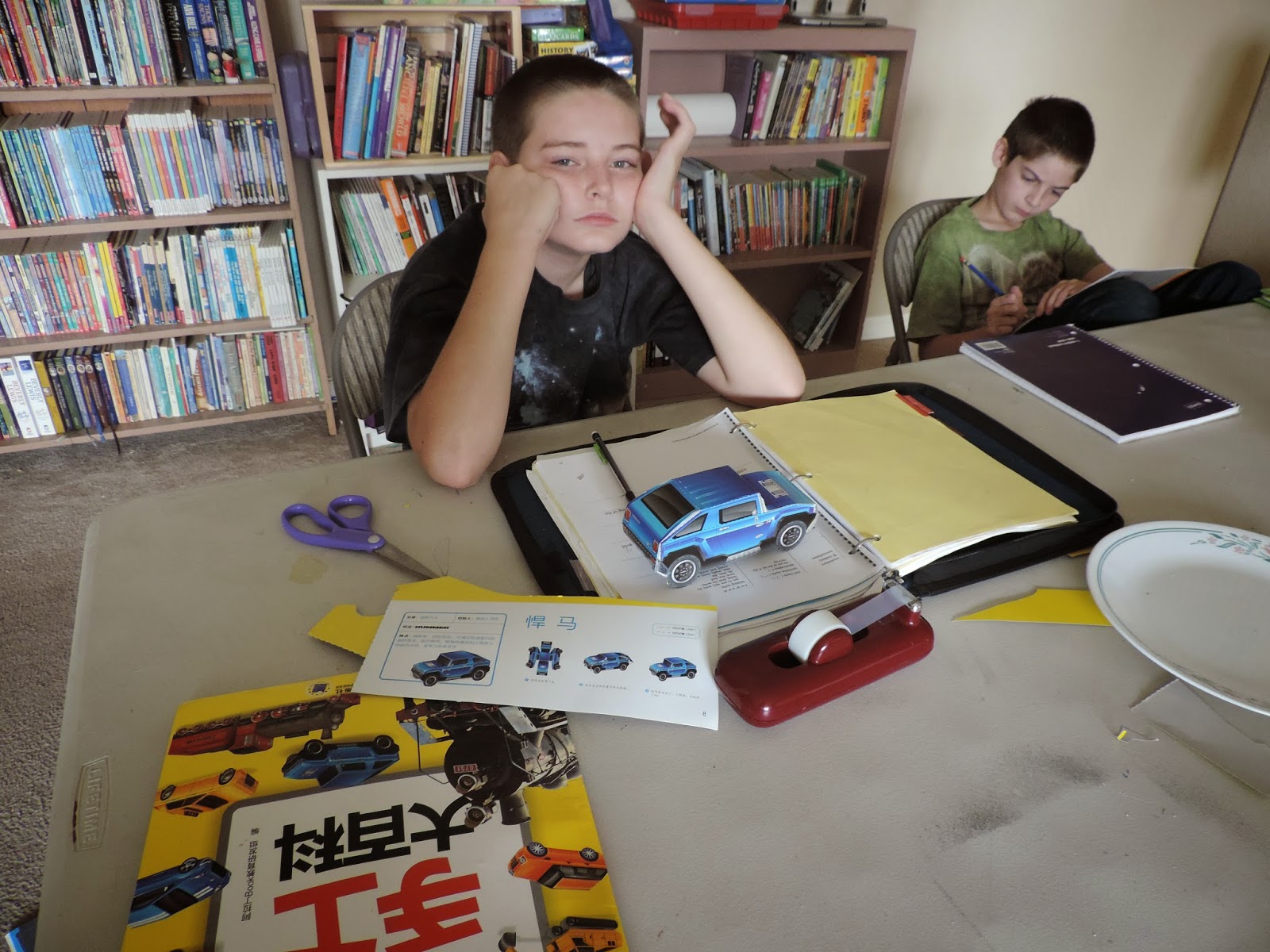 During the same time, Eli made a paper car from a book we got last time we were in China.  (Notice Jack is doing some actual schoolwork in the background here.  We do "real" school stuff, I promise.) 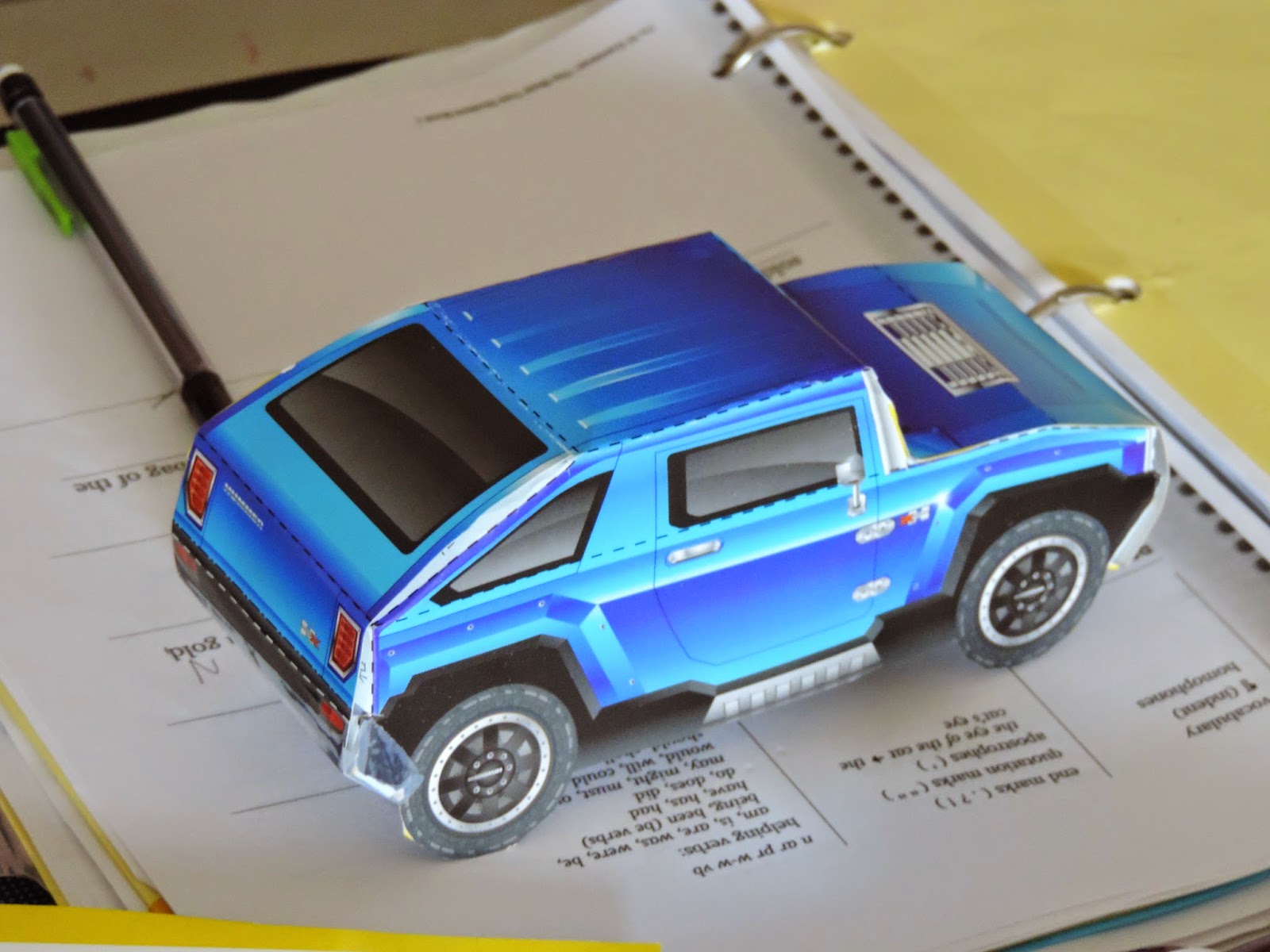 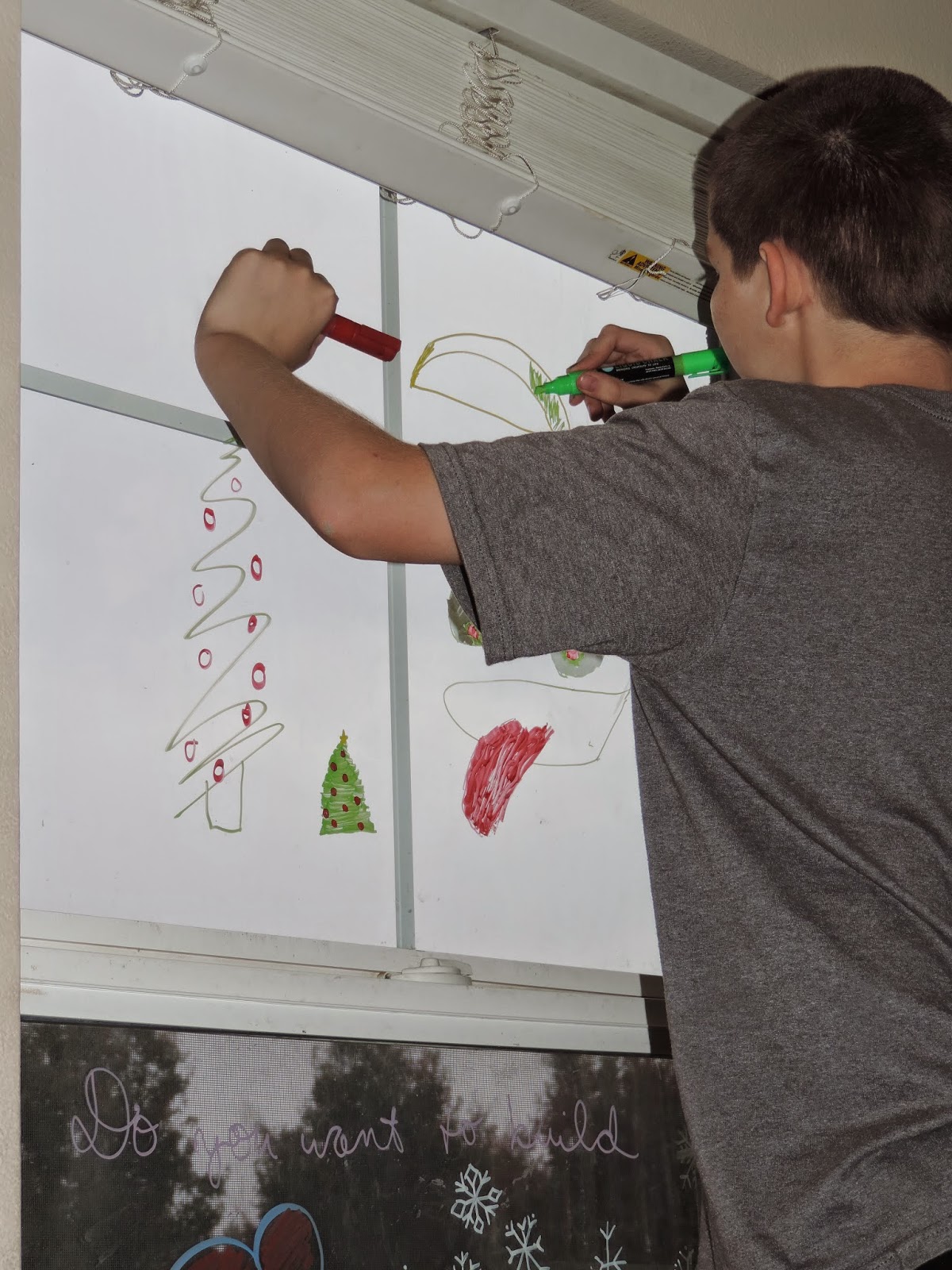 Another favorite activity this week was drawing on the windows with our new Liquid Chalkers.  Yes, Eli's drawing a taco.

We listened to Rich Mullins' song, Creed, when we learned about Constantine's Nicene Creed, in 325 AD.  I love our history curriculum!  I'm learning things I never knew about the history of the church.  We've just reached the split between the Roman Catholic Church and the Eastern Orthodox Church in the 400s.  We were all amazed to learn that after this point, the heads of the two churches did not meet again until 1964! 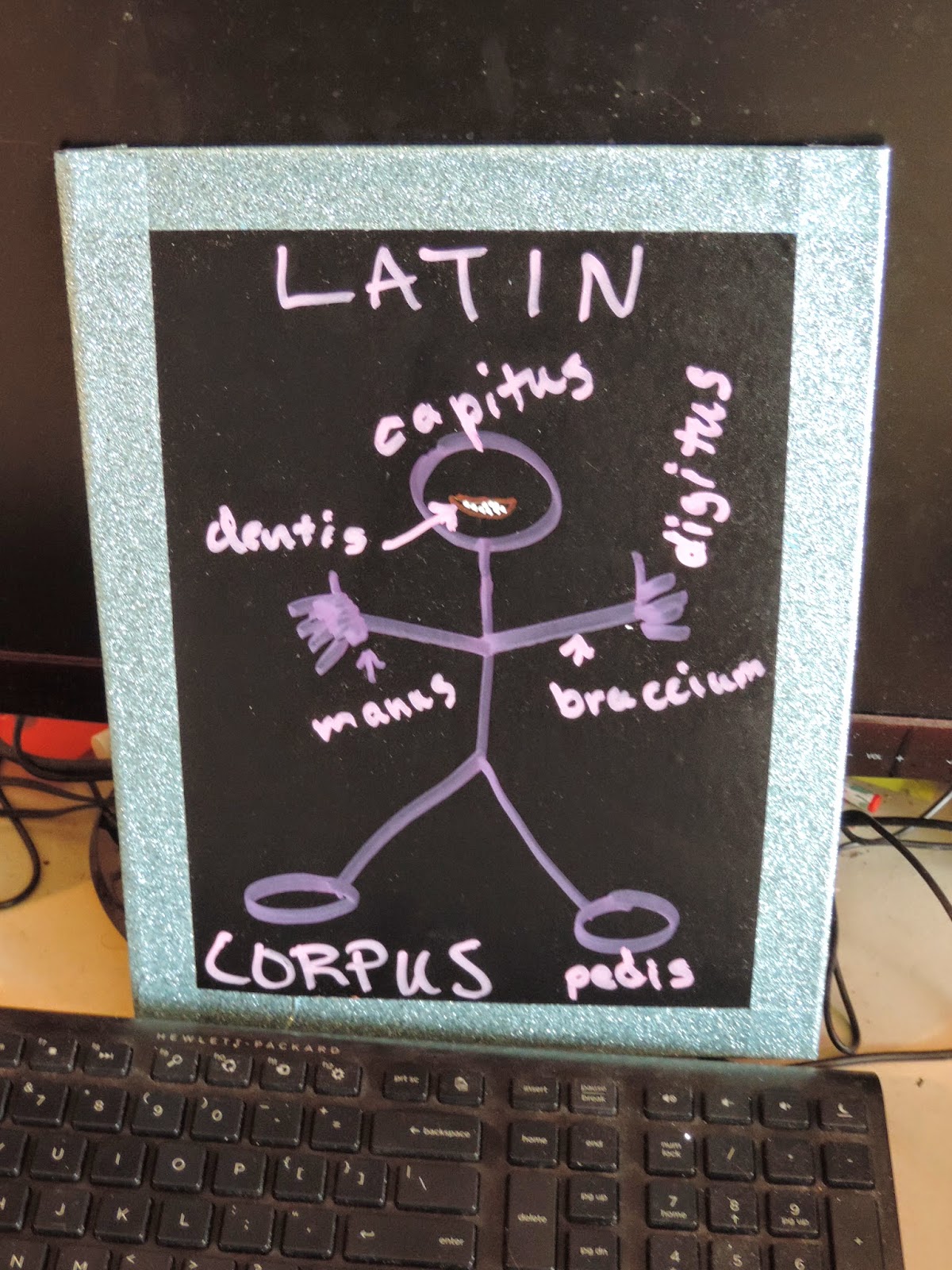 We labelled some parts of the body in Latin this week. 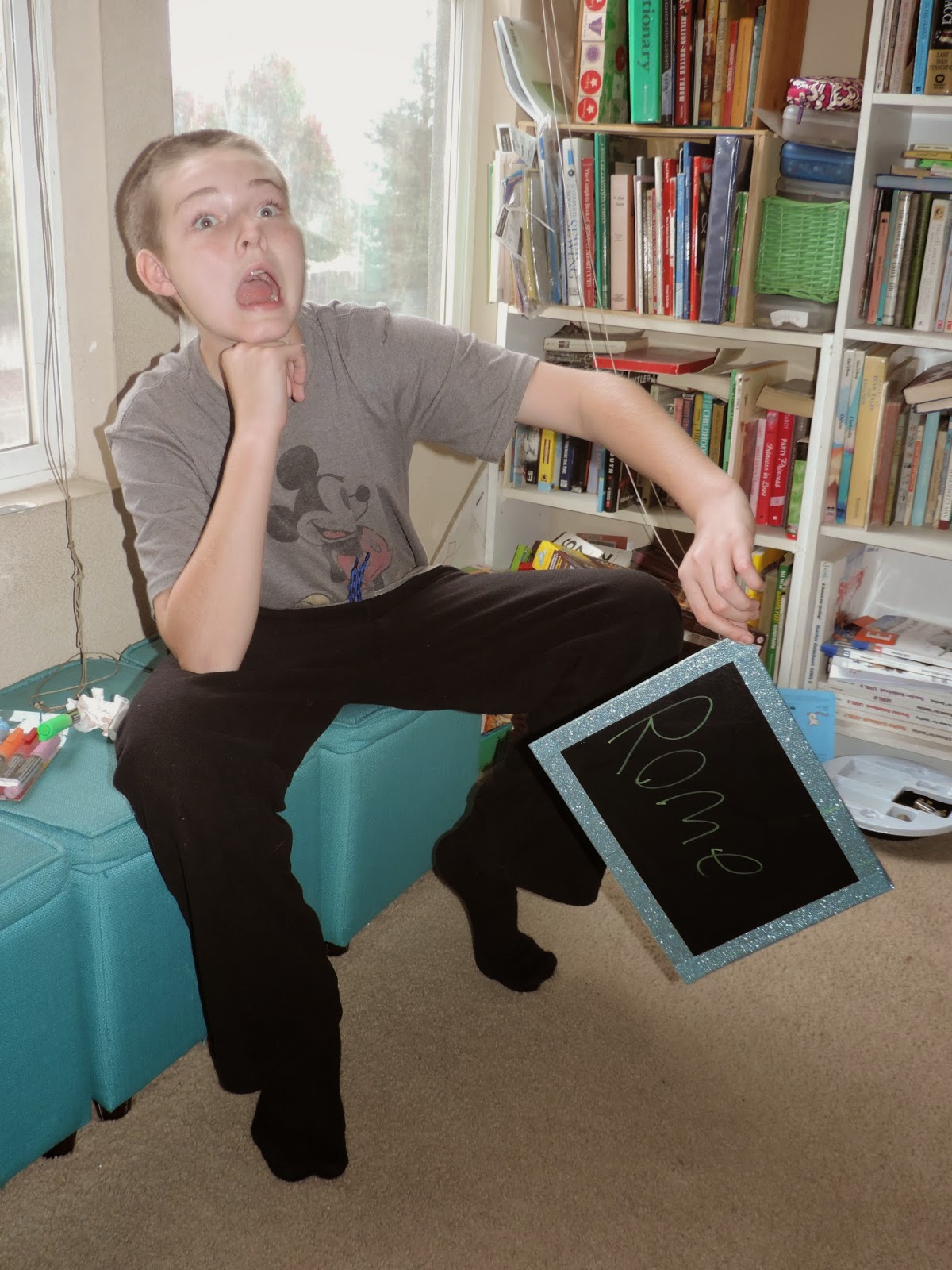 And we studied the Fall of Rome.  Yes, they really are that punny.  Actually Josiah thought this one up. 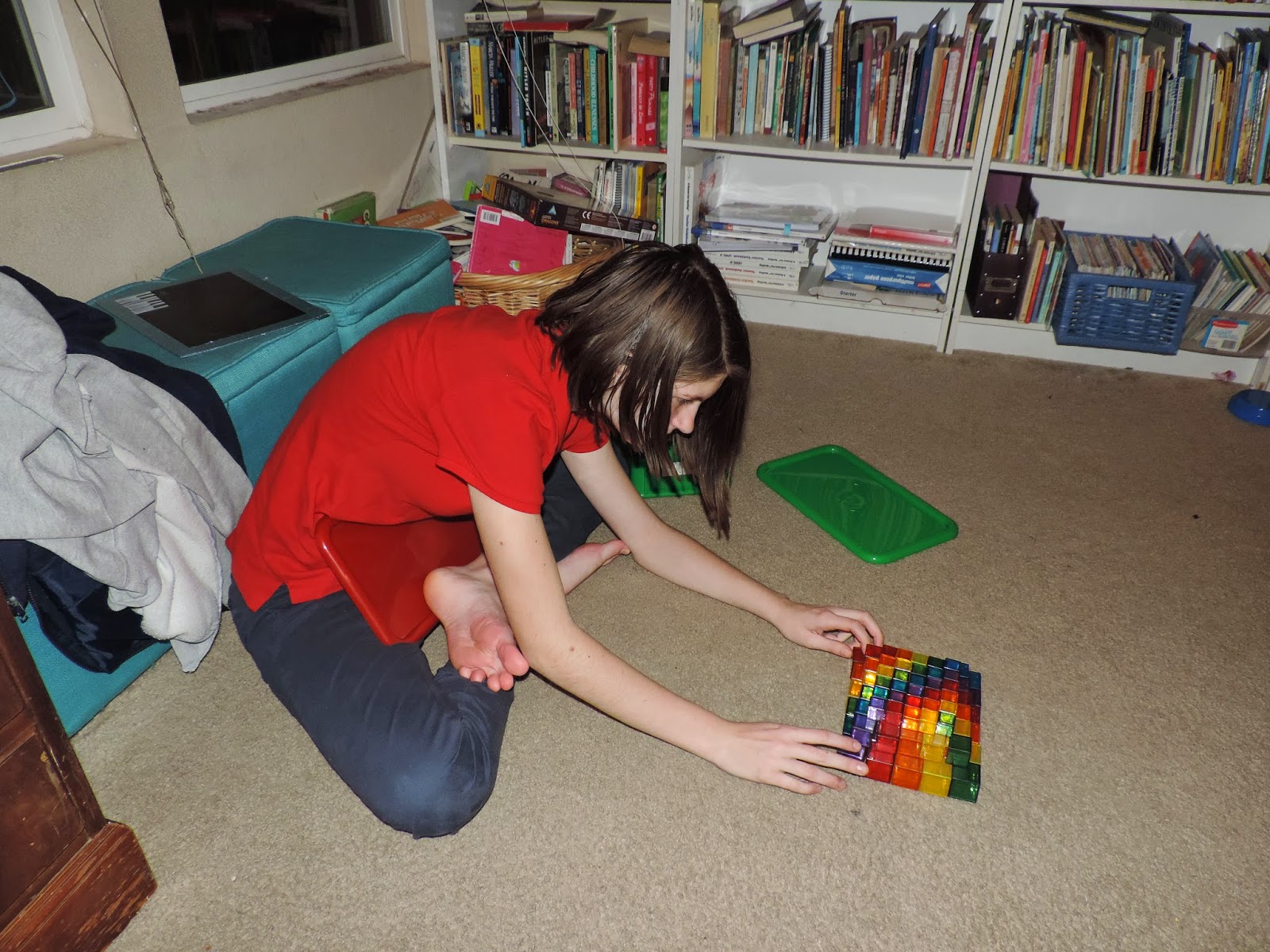 Oh look, here's those blocks again.  I think I'm going to make the kids a light table for Christmas.  There are so many fun things we could play with on a light surface. 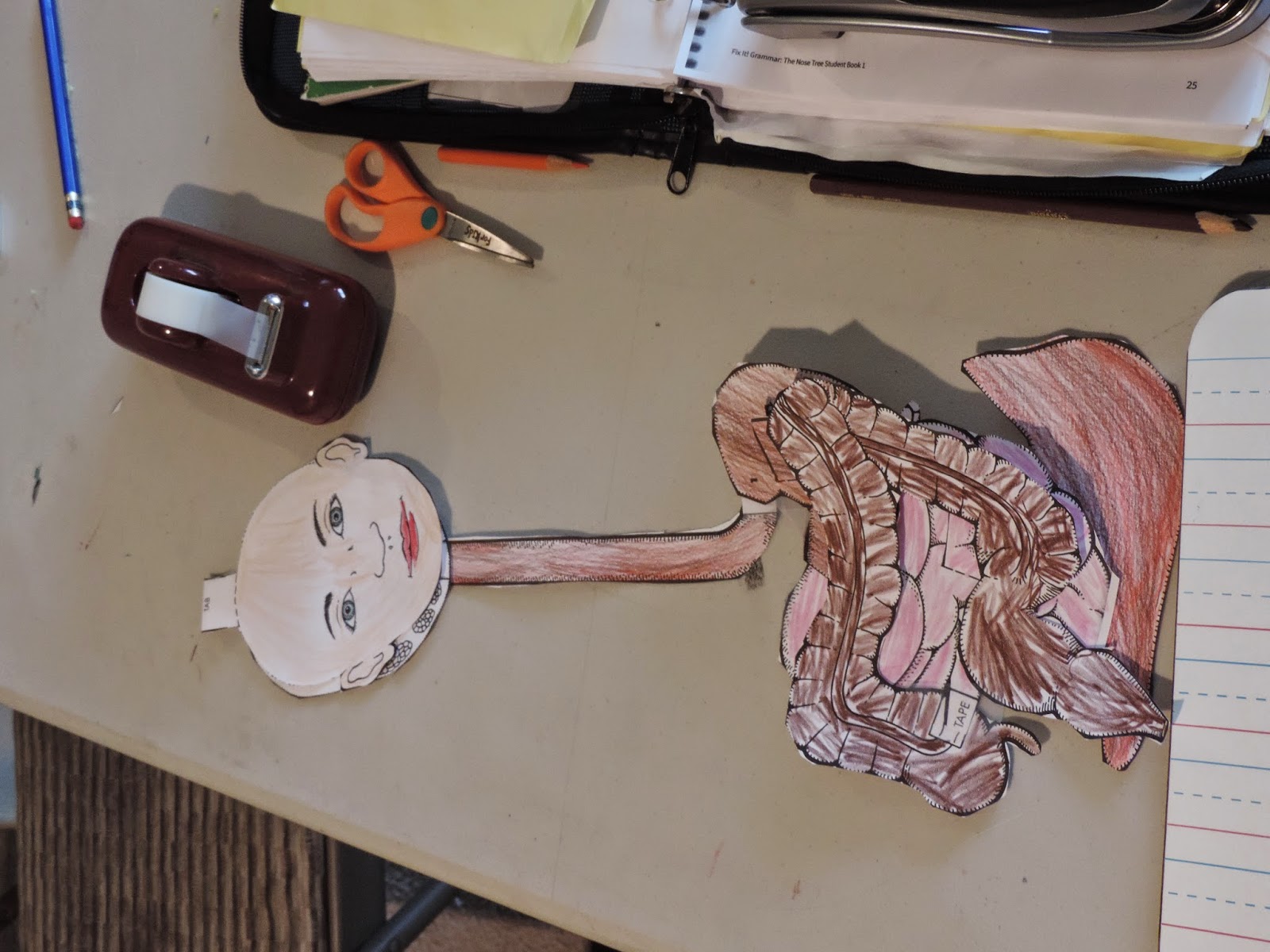 So, I've mentioned that the boys are not enjoying this body book with all the coloring and cutting nonsense.  I decided to have them collaborate on the digestive system.  It actually went okay.  Although I did overhear at one point, "Who taped the liver?" which is not something you hear every day. 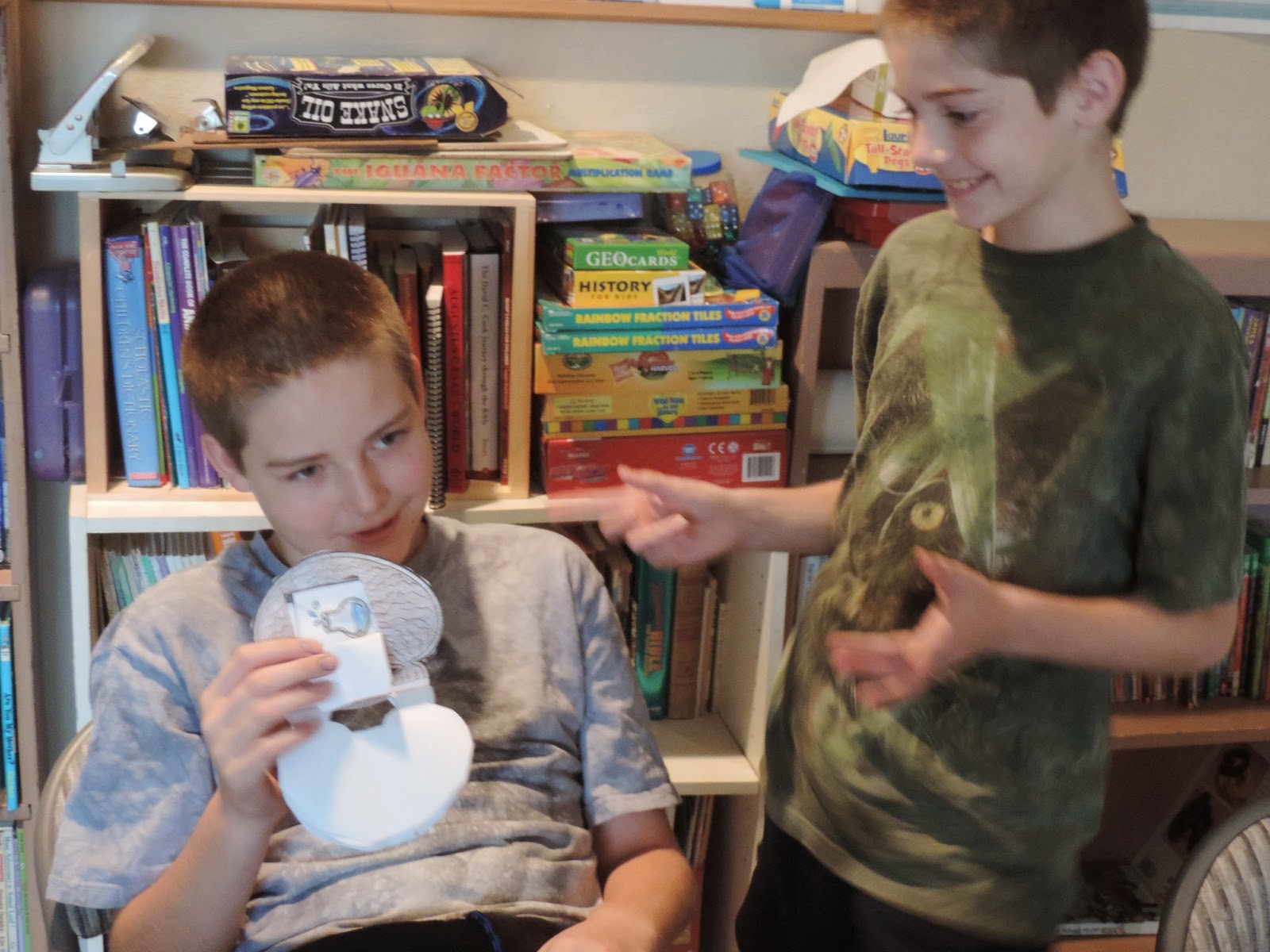 They also made a book that shows the different layers of the stomach. 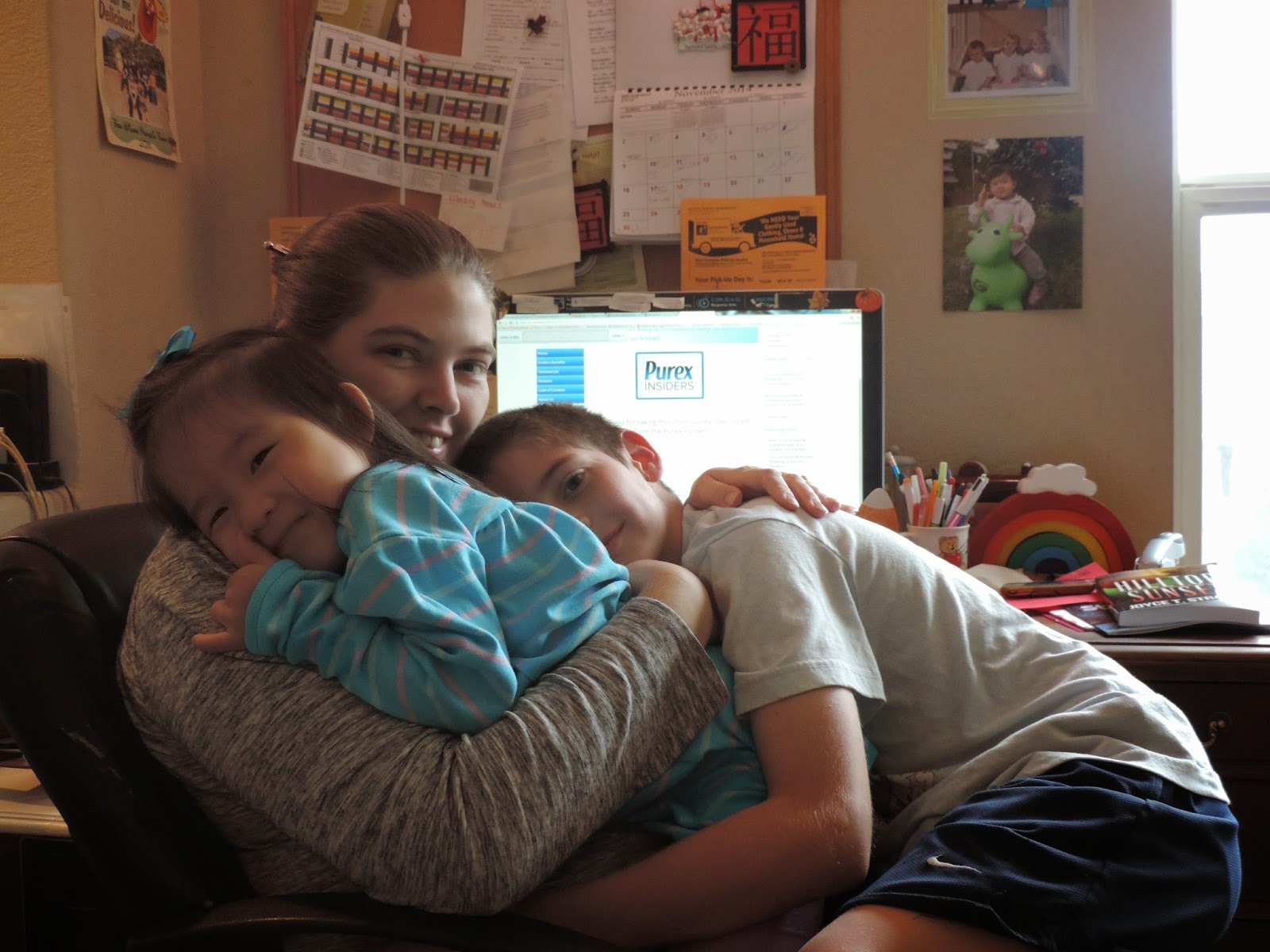 Katie is SUCH a ham!  She climbed up in my lap, and we're having a moment, and then Jack (who thinks all cuddles should involve him) comes along and joins in, and Katie pipes up with, "'Siah, take a picture!"  So he did.  I'm a lucky mama. 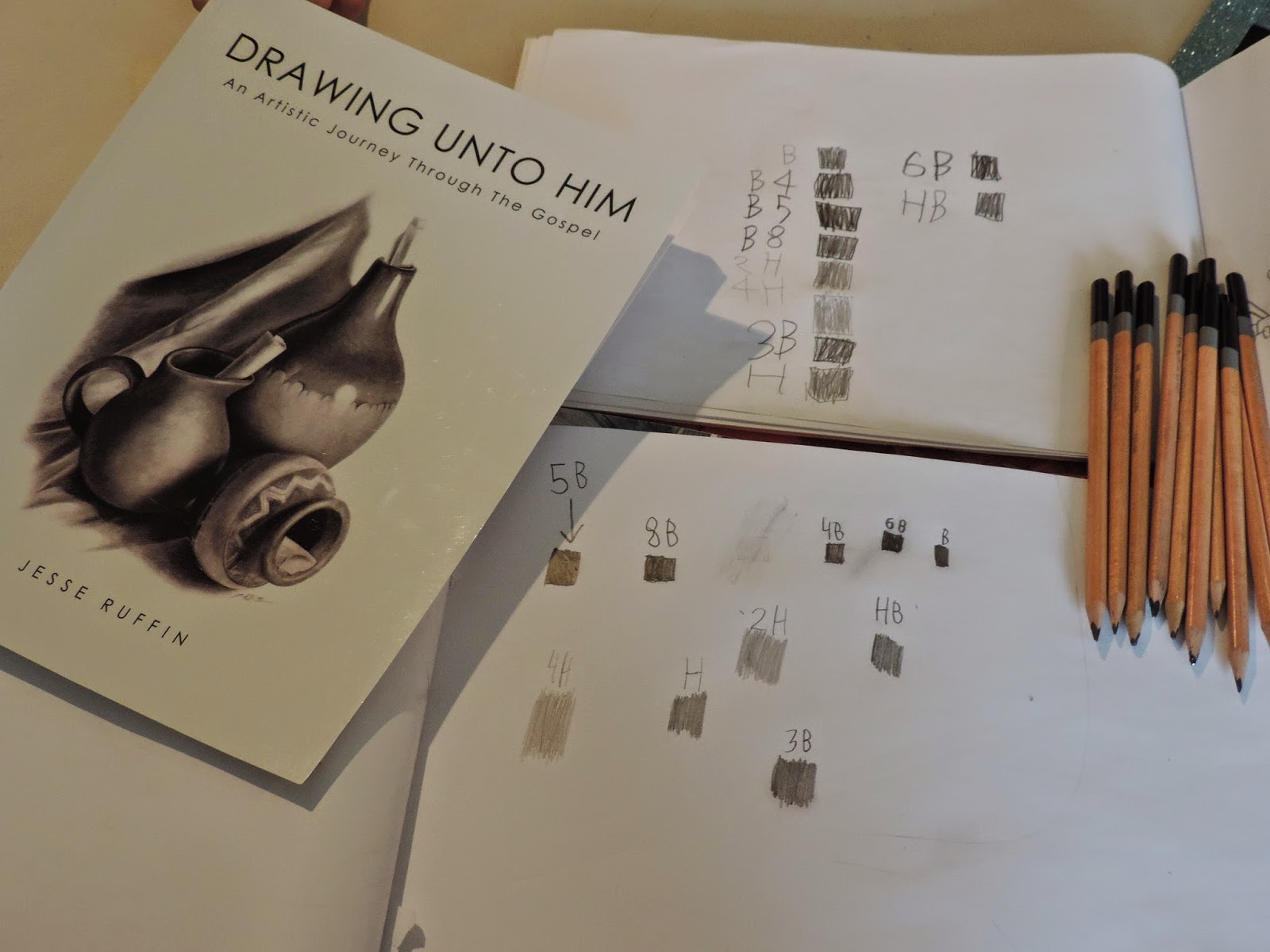 We are starting a new art program.  Today was just a dabble.  I introduced the boys to art pencils, and they experimented with the different lead types.  Eli liked the B pencil, and immediately said, "Oh, this is nice!"  I told him that I've always liked the B side pencils more than the H side ones.  Looking forward to learning more from this book.  Watch for an upcoming review.

Hannah and Luke are off from school all next week, for Thanksgiving, and the high school kids have half days Monday and Tuesday only, so we're going to work on review items and extra fun stuff next week, instead of the next week of Rome to the Reformation.  There's an art project I've been meaning to do for weeks, that hopefully we'll get to.

While you're here, please remember to enter the Lauri Pegboard and Peg Stackers giveaway!

Have a lovely Thanksgiving!