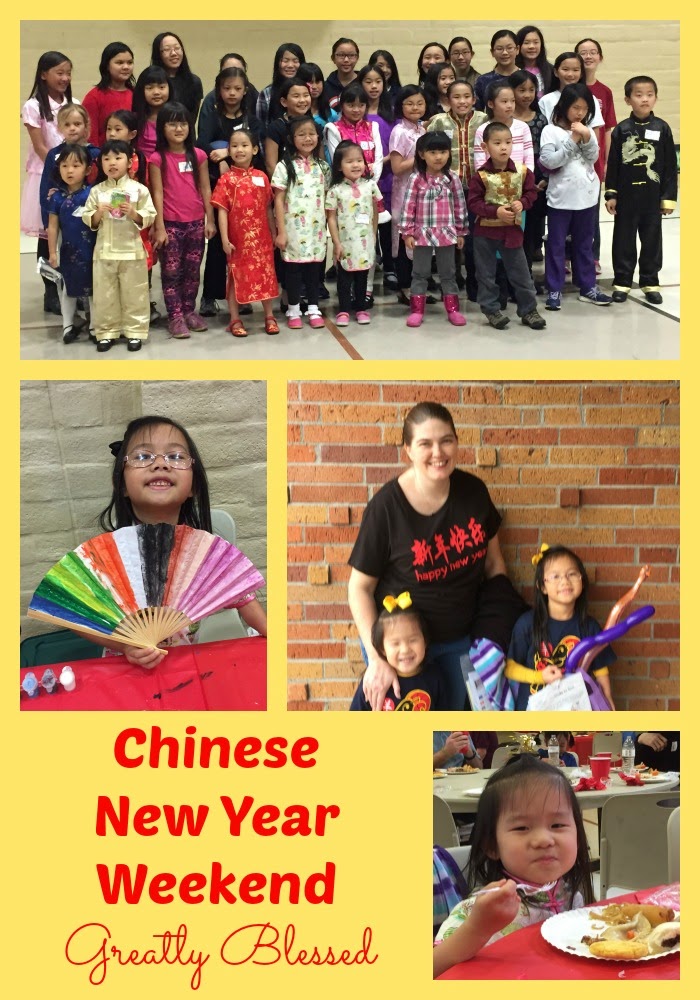 On Saturday, we took the kids to a city wide Chinese New Year event in Sacramento. 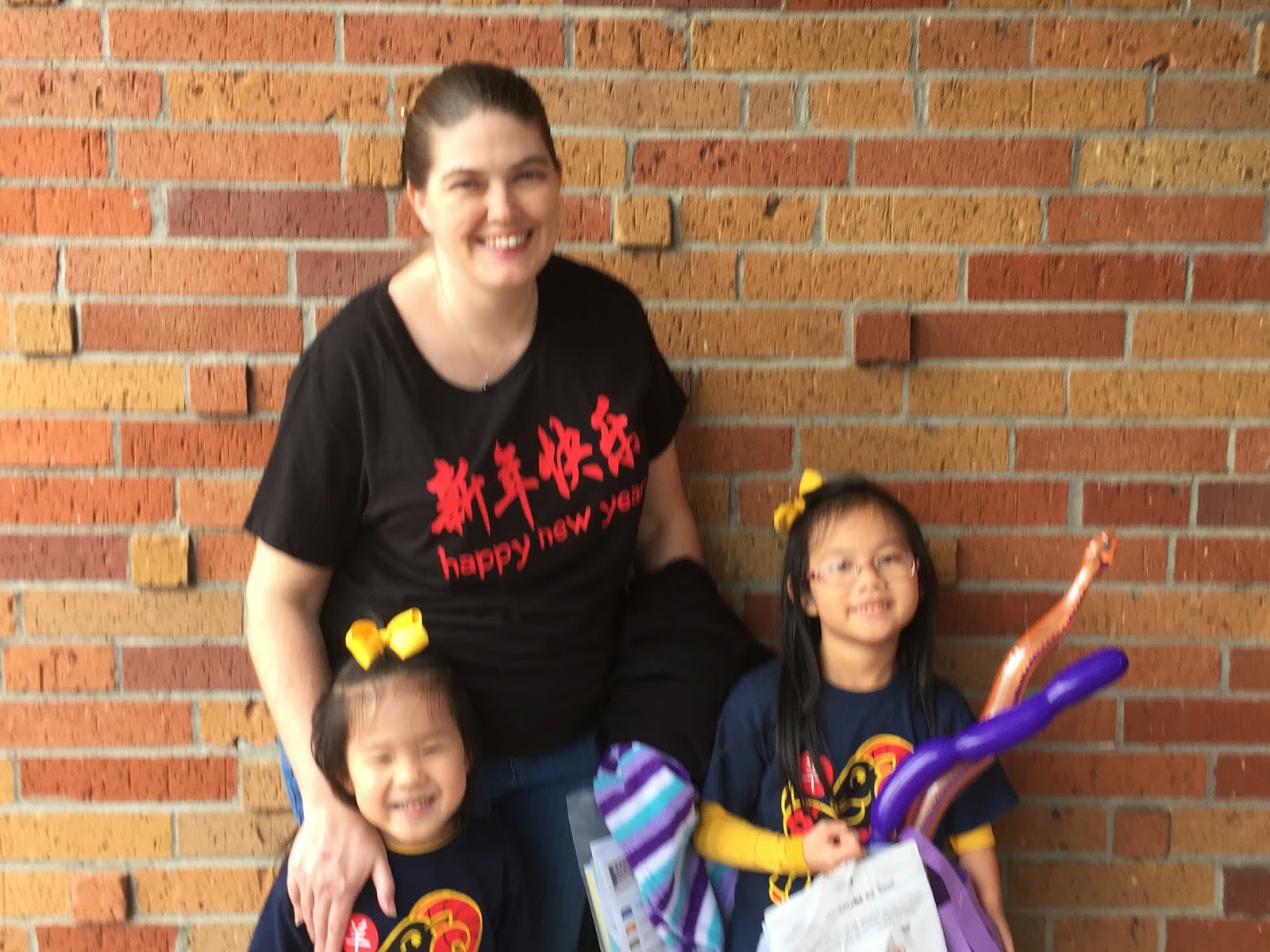 It's Year of the Goat, although you can't see the girls' goat shirts very well. 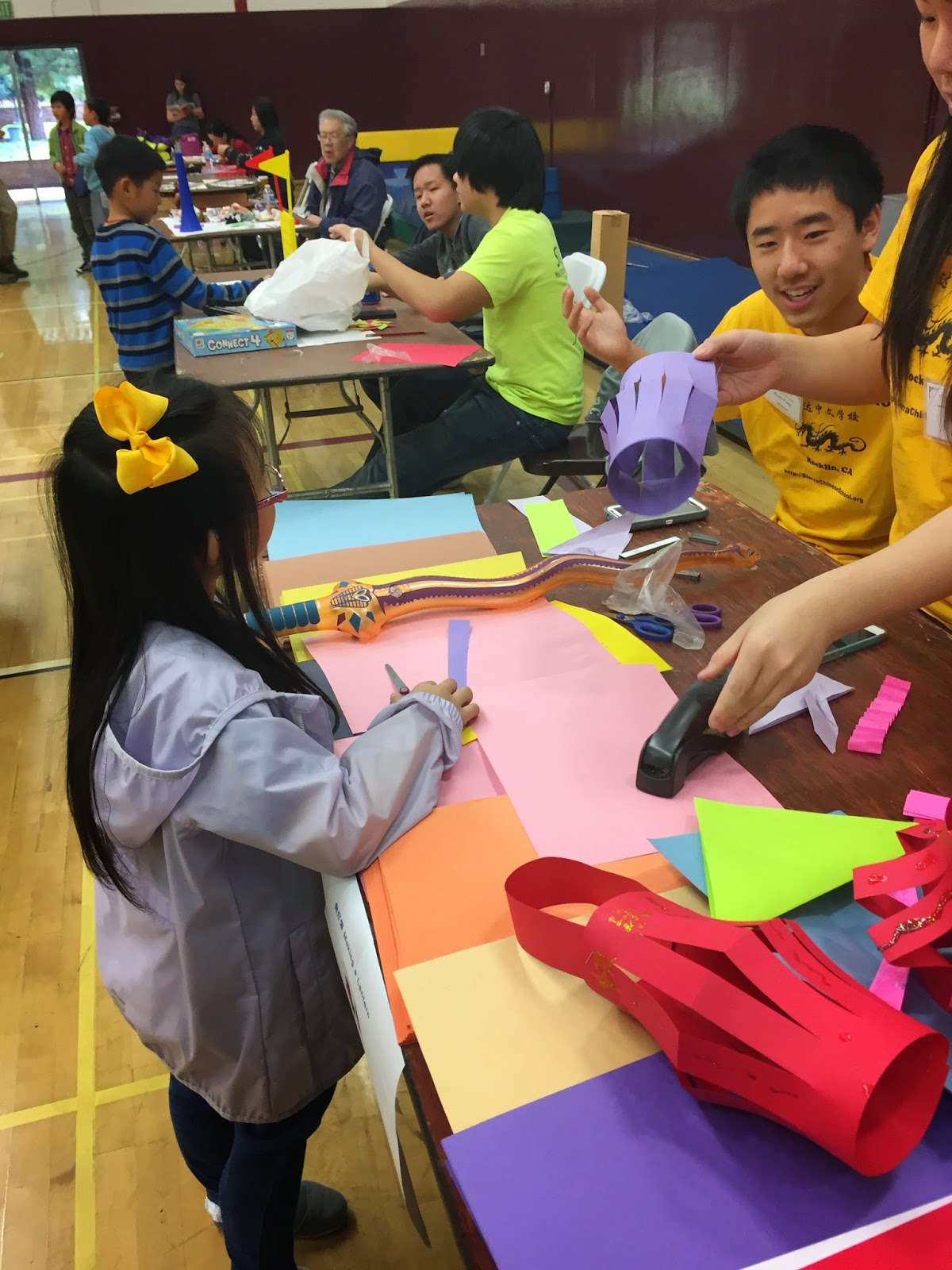 After walking around the vendor hall, we played some games and did crafts.  Here, some high schoolers are helping Hannah make a lantern. 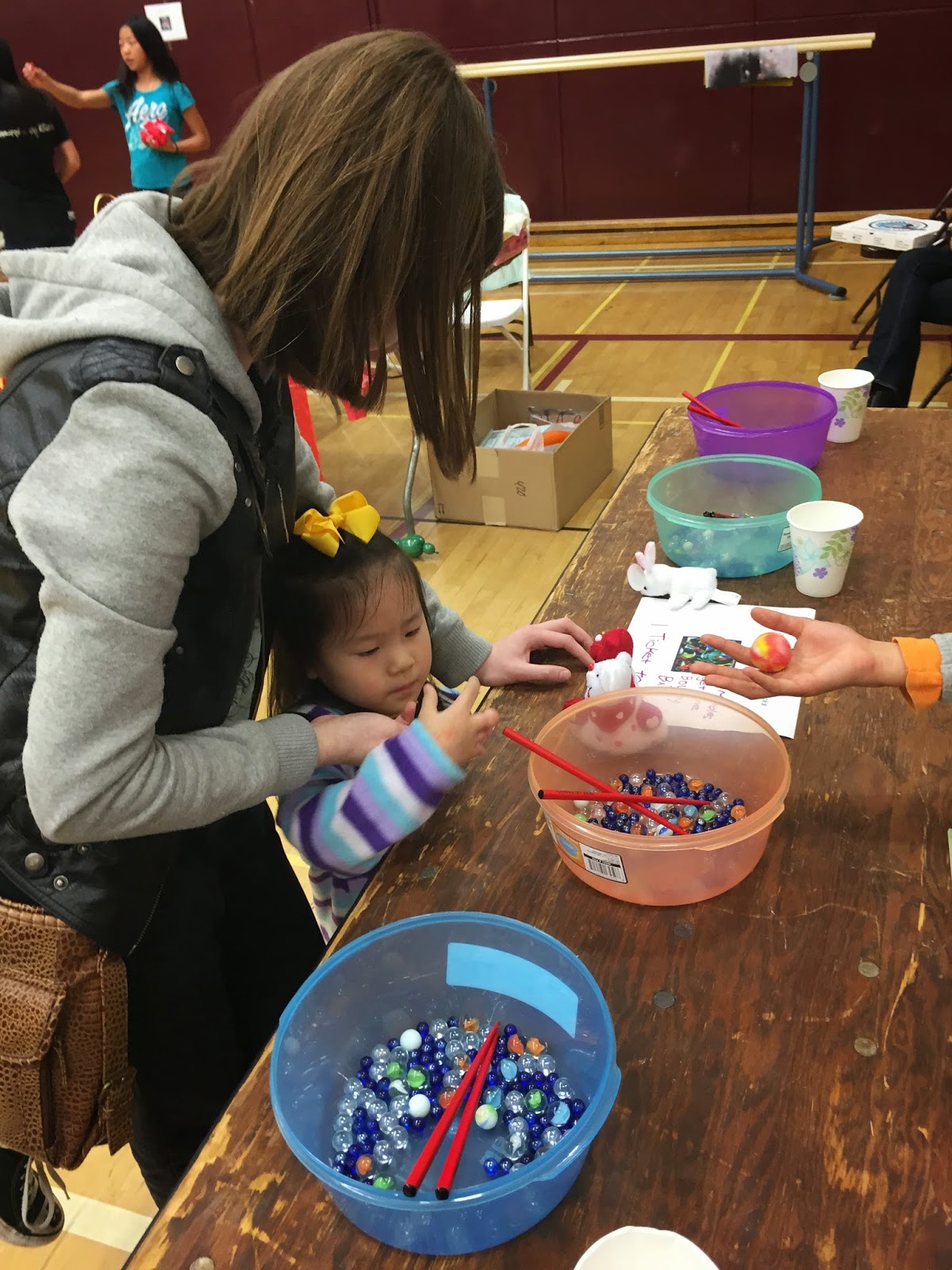 The boys liked the spin-the-wheel game best, because they won trinkets and coins from other countries.  Most of them, we could identify, but one of them we need to look up online.

There were performances at this event, too, but during part 1, we arrived after they had started, and there weren't enough seats for us to sit together, and we didn't stay long enough for part 2 in the afternoon. 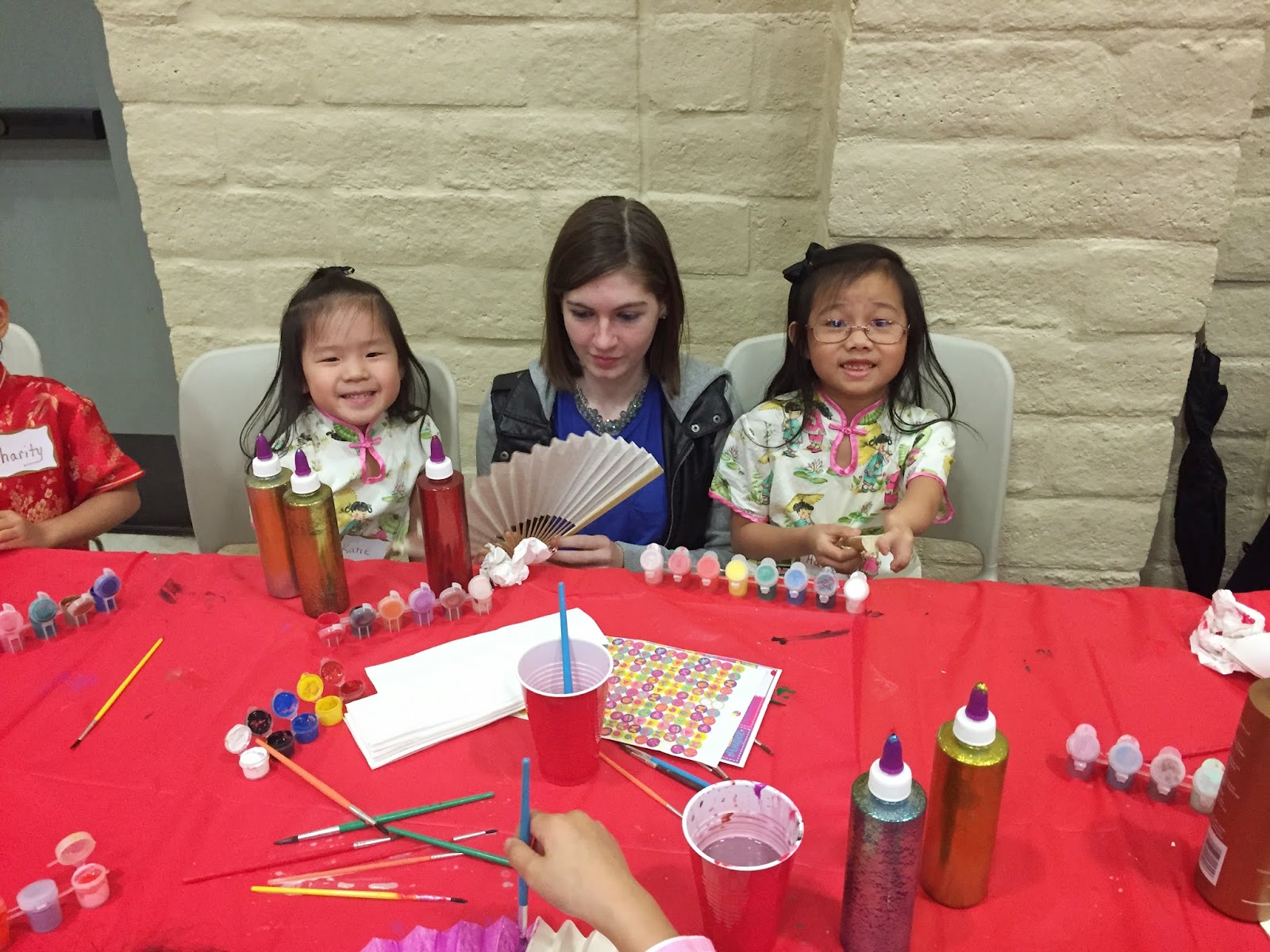 And on Sunday, we went to another event!  This one is our local FCC group.  Same idea as last year. 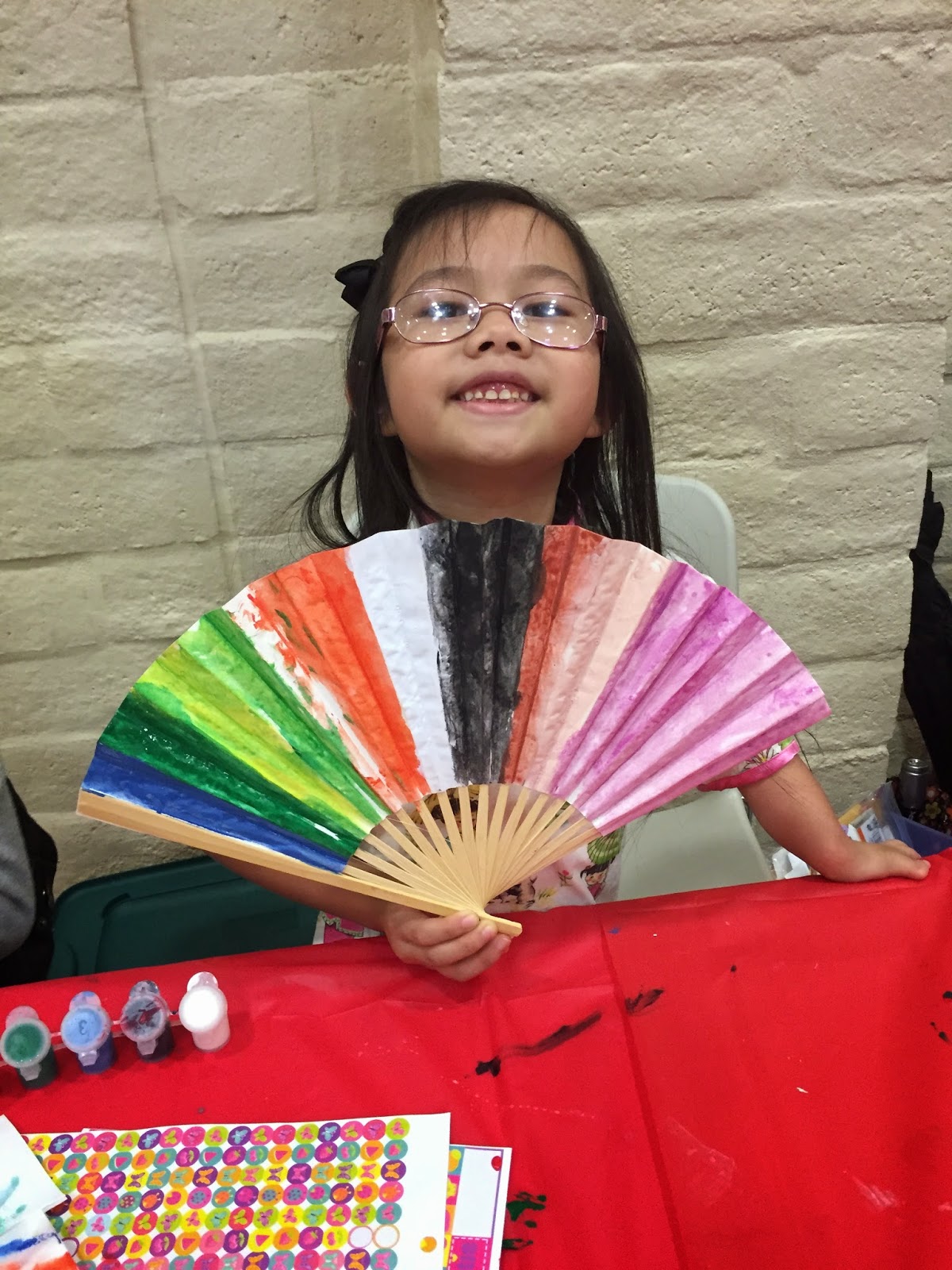 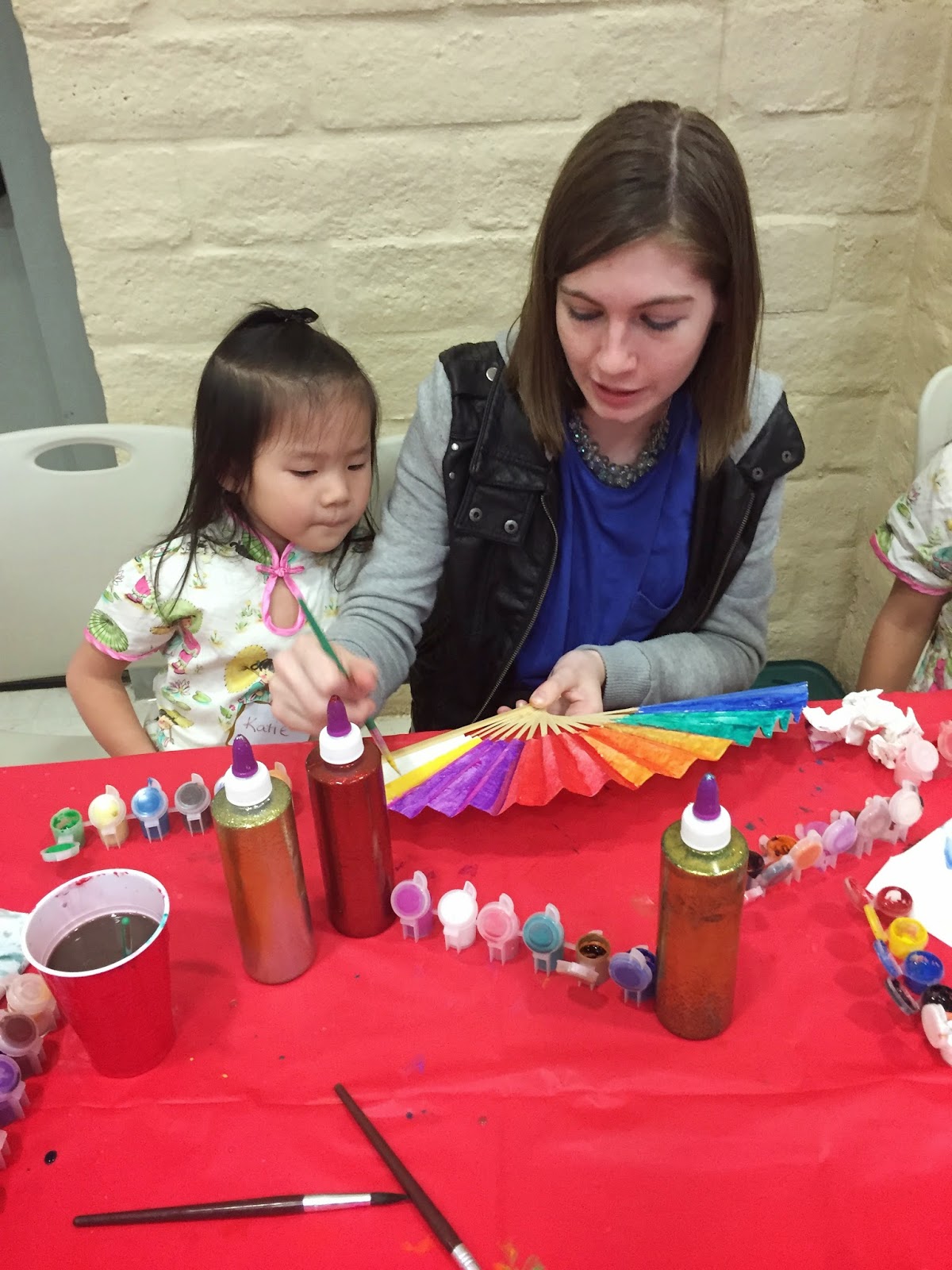 Brianna helped Katie with hers, and had so much fun, she ended up going back later and making one of her own. 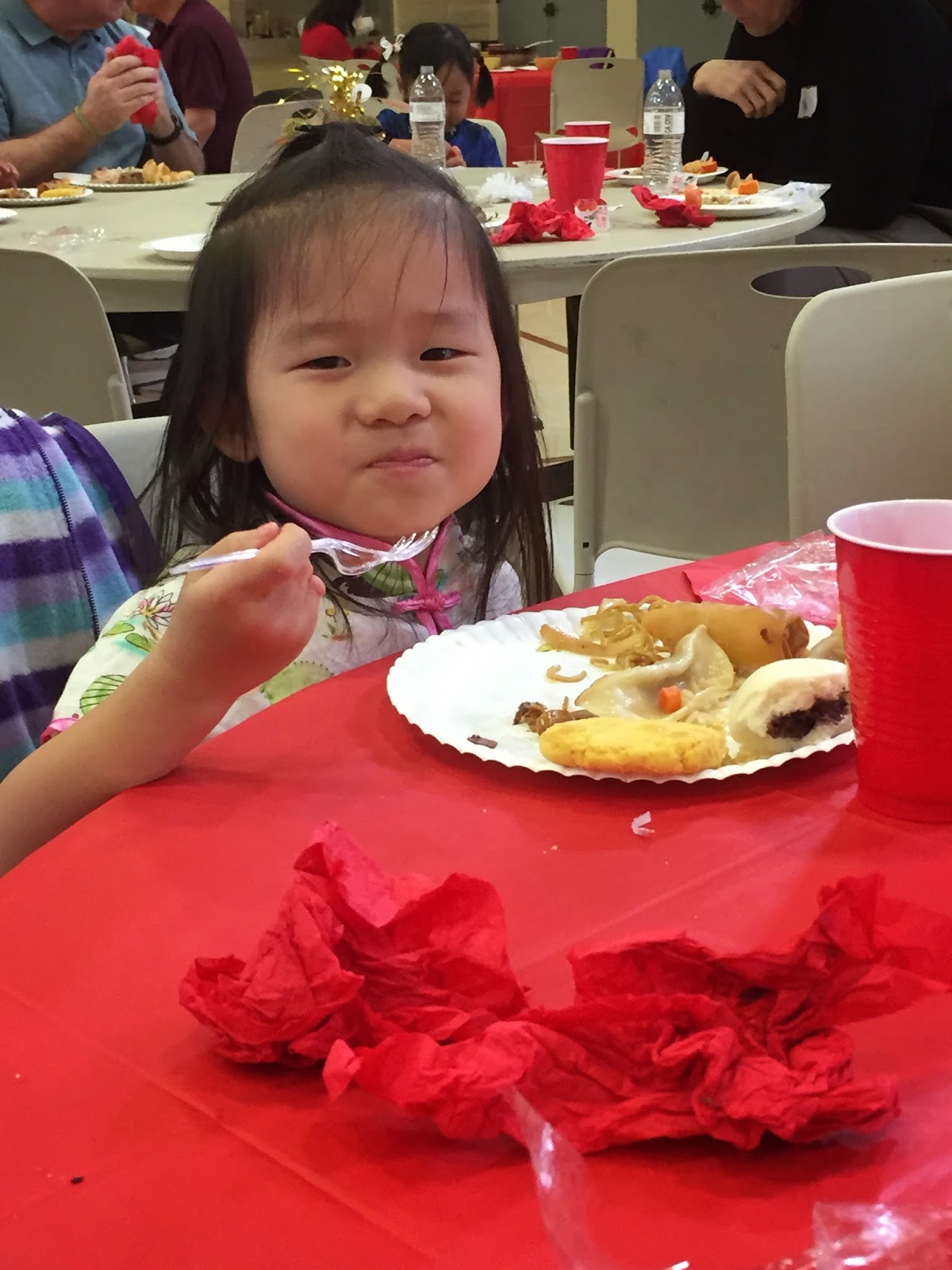 We all loved the Chinese food potluck.  Katie said that was her favorite part when I asked each of the kids on the way home what they liked best. 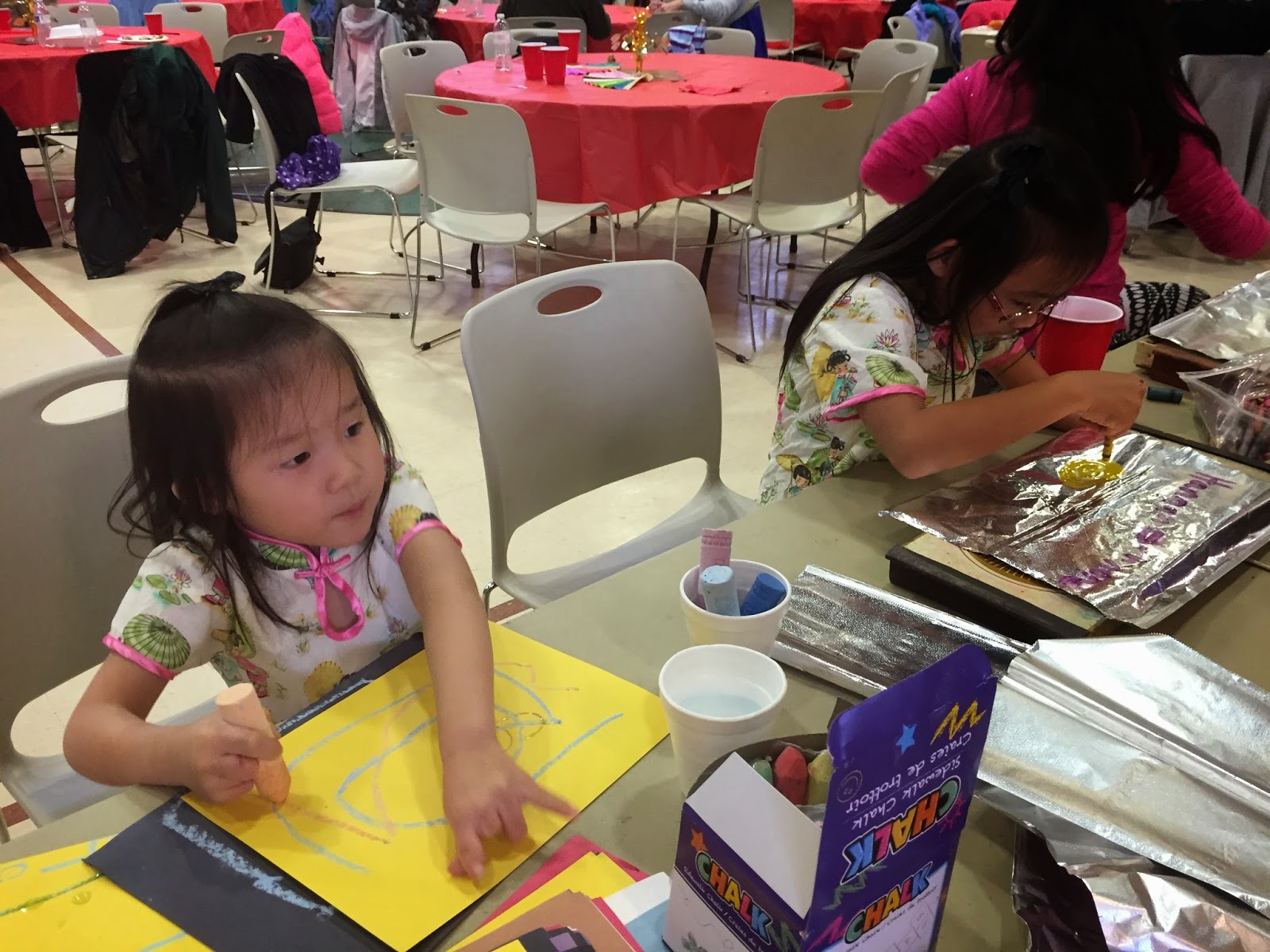 I don't think Katie's chalk page made it home with us, but you can see Hannah melting crayons on foil over a hotplate on the right. 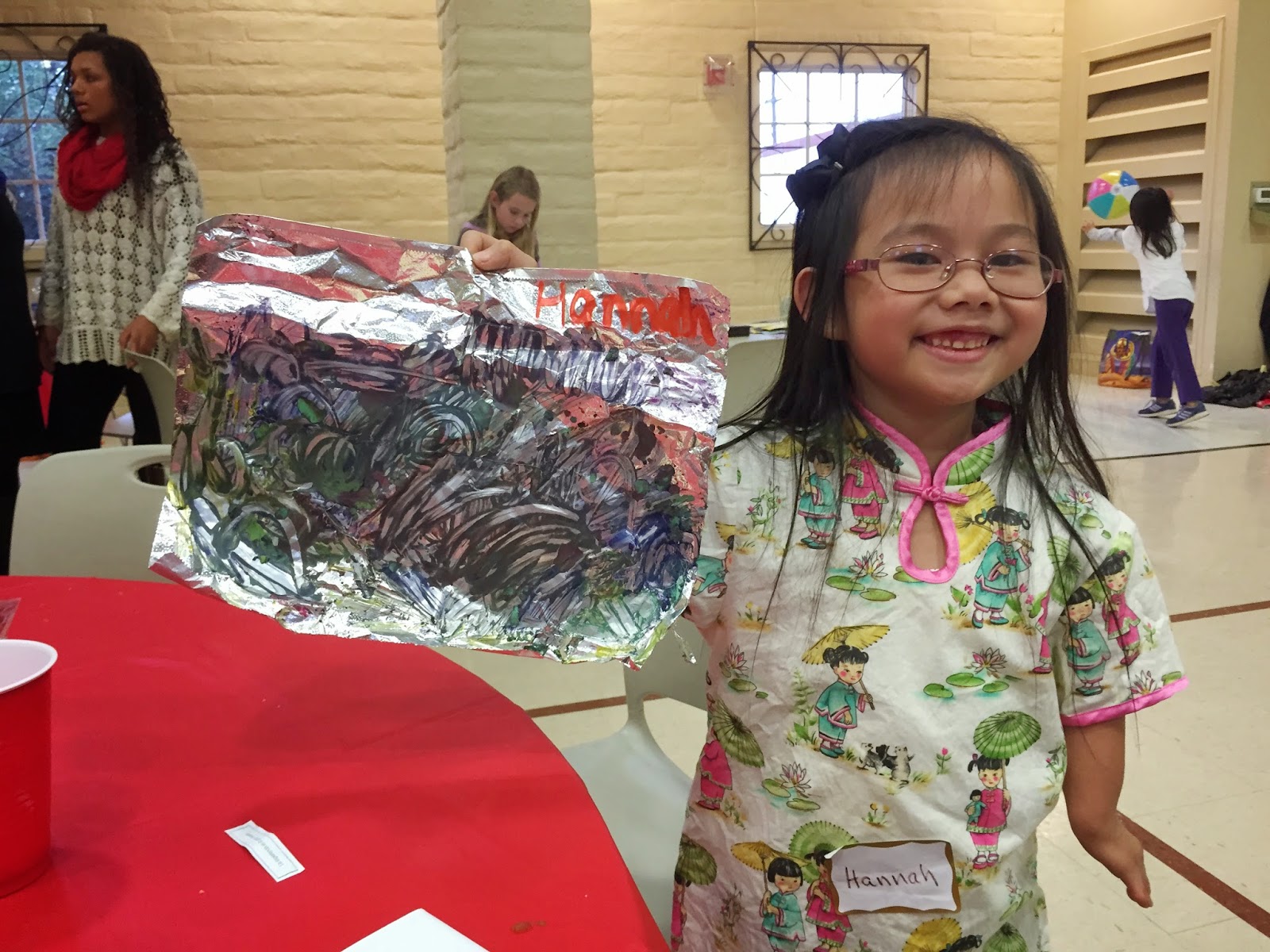 Her finished project was quite a blend of colors. 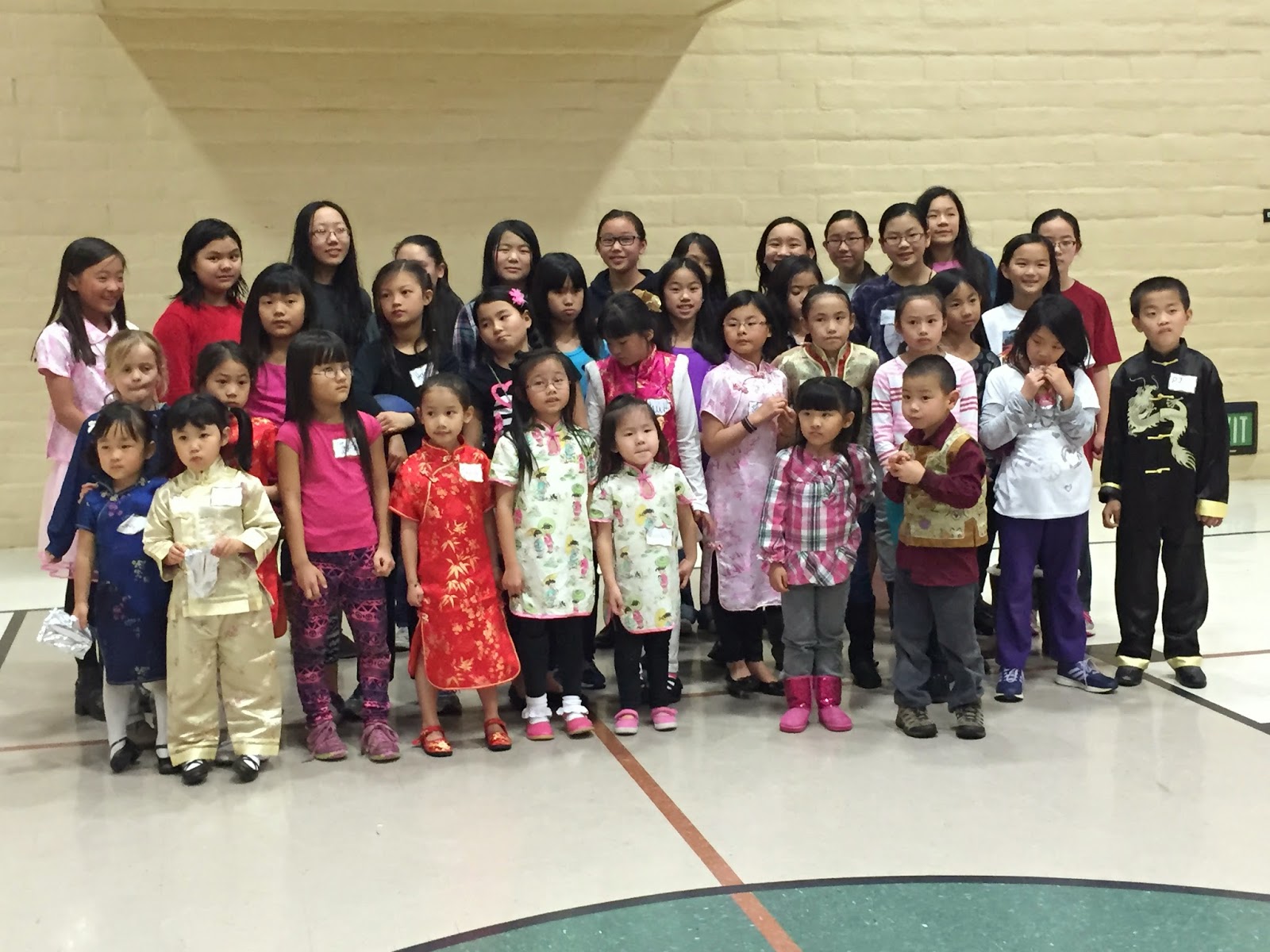 There were more kids this year than last year.  The little girl on the left front row in blue has very similar hands to Katie's, and she had the same surgeries Katie had with the same doctor at Shriners. 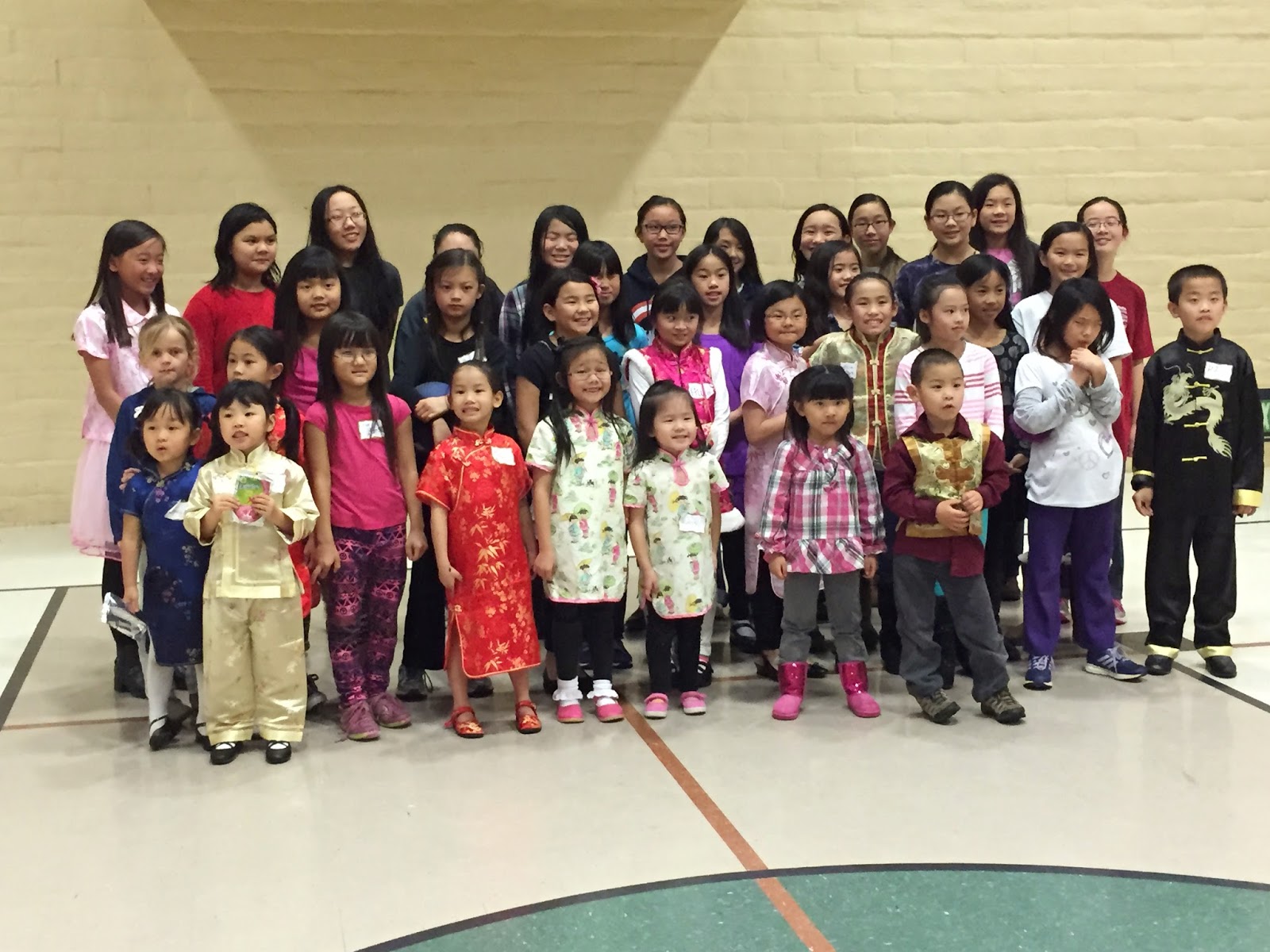 It was lovely to be around other families that look like ours.  I'm really hoping that a summer event happens this year, too.