In Freedom's Cause audio drama 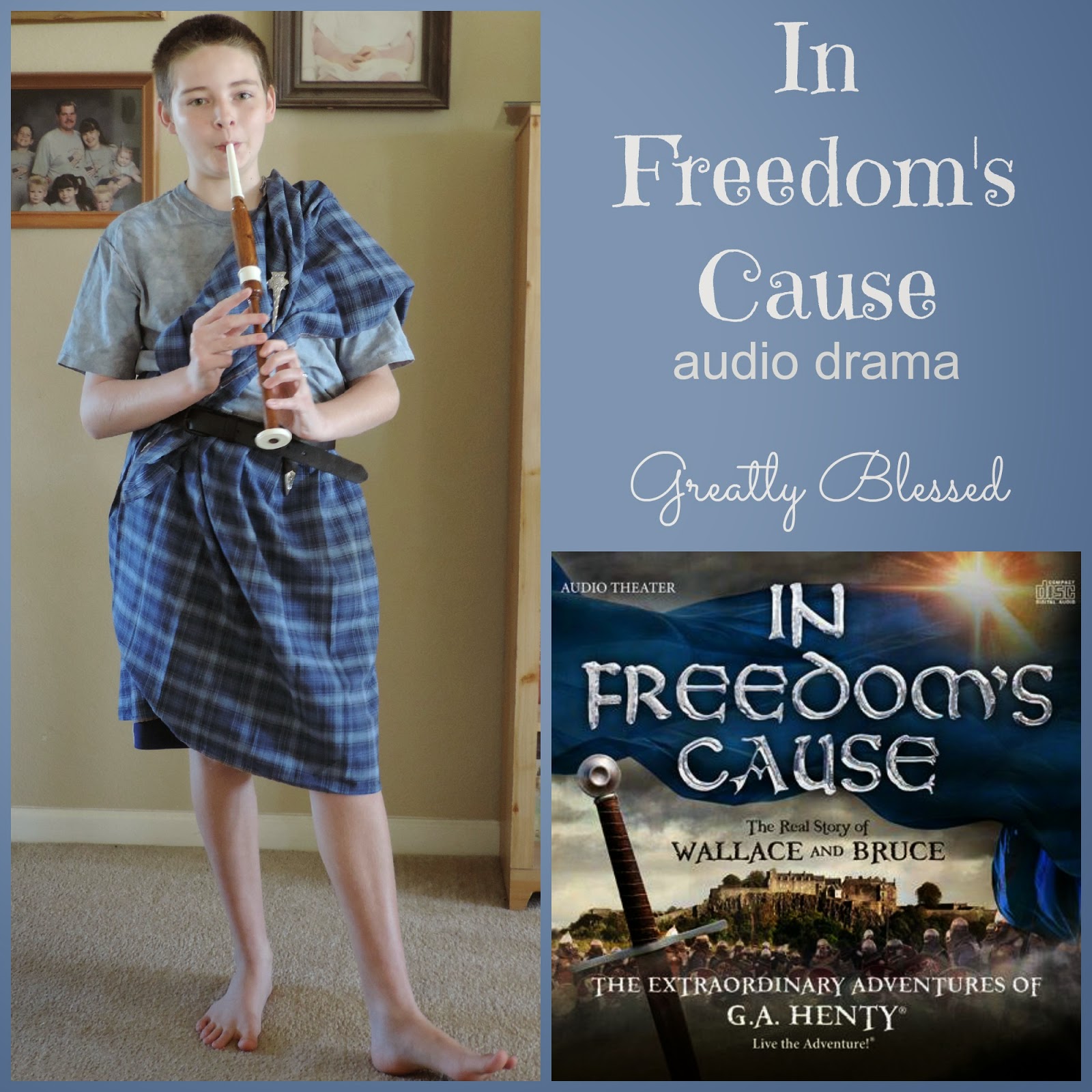 In Freedom's Cause couldn't have come at a better time for our family!  We're in the middle of learning about castle times in our homeschool history, and reviewing this amazingly well done audio drama from Heirloom Audio Productions fit in perfectly.

We received the In Freedom's Cause Single Package.  This is the radio theater version of G.A. Henty's book about William Wallace.  I didn't really know much about Wallace, aside from what I remembered of the movie Braveheart, so it was a learning experience for all of us. 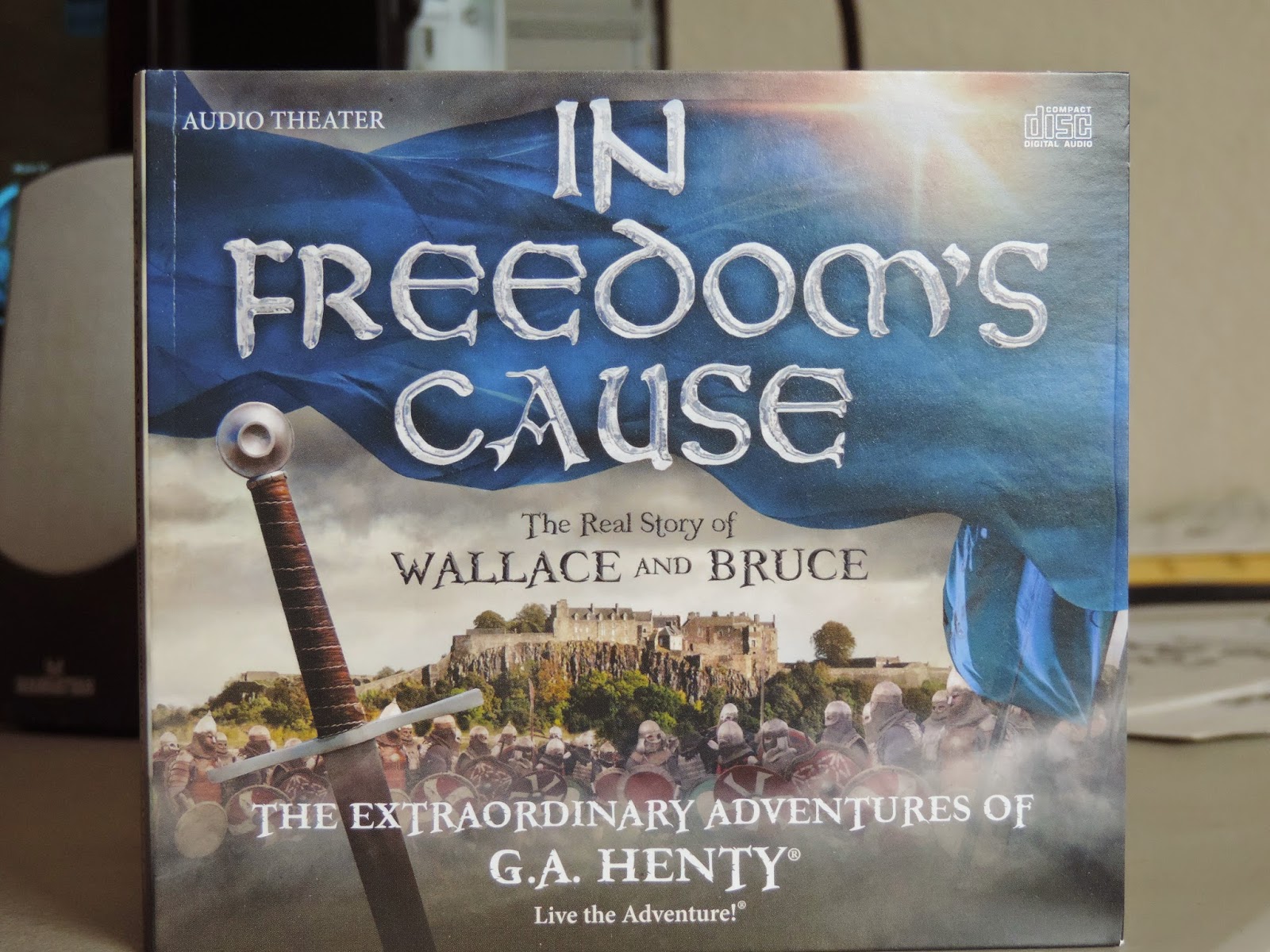 This 2 CD set runs for 2.5 hours and sells for $29.95.  We also got access to some great downloads, including a really neat behind the scenes look at the making of the drama, a study guide, a character guide (which was a handy "who's who" broken down by scene), and more.

Prior to it's arrival, I told the kids it was coming, and we watched the preview for it online.  We were excited by the star studded cast, including actors from Lord of the Rings and Narnia and Downton Abbey.

Jack, Eli and I listened to it together during our school mornings.  Sometimes Josiah joined us, too.  The story was fascinating, and we were all mesmerized by it.  The boys always wanted "just one more chapter!"  I love being able to give my boys real life heroes to look up to.  Men like Wallace, who stood up for what they believed in, knowing there would be a high cost.

The downloadable Study Guide has vocabulary and comprehension questions you can use to make sure your kids are understanding what they're hearing.  It also contains links and pictures.  The Thinking Further questions are often quests to research more obscure bits of the story for greater understanding.

In addition, listening to the story of William Wallace inspired us to "bird walk" a bit on our own, and learn more about Scotland and Wallace's life.  I had the boys color these maps of the British Isles during one of our listening sessions. 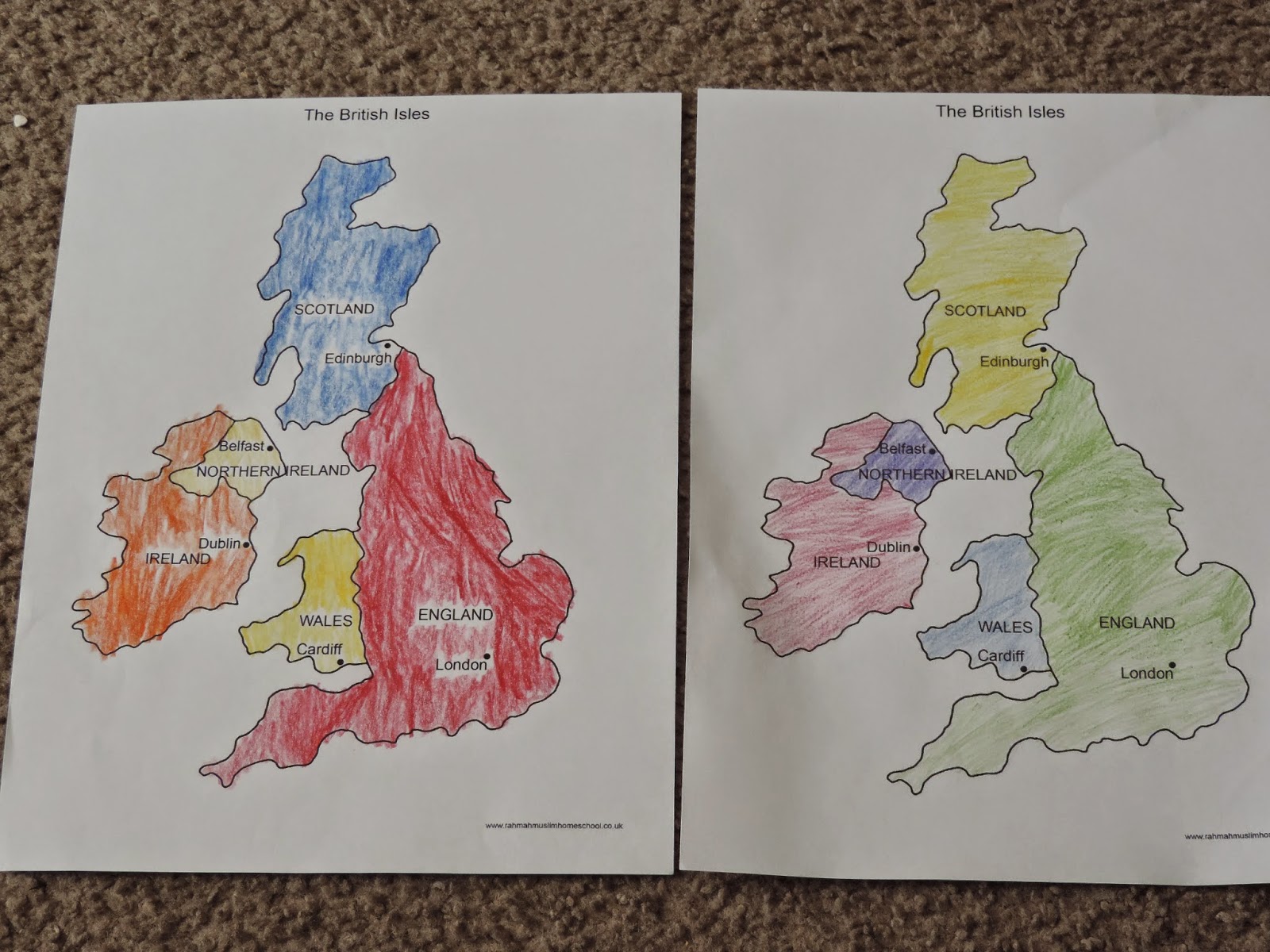 When we listened to the part of the story that talked about the "Goat Woo" my kids were enthralled.  I heard the words "goat woo" in a very poor Scottish accent for days.  I decided to get them a practice chanter (the pre-bagpipes learning instrument). 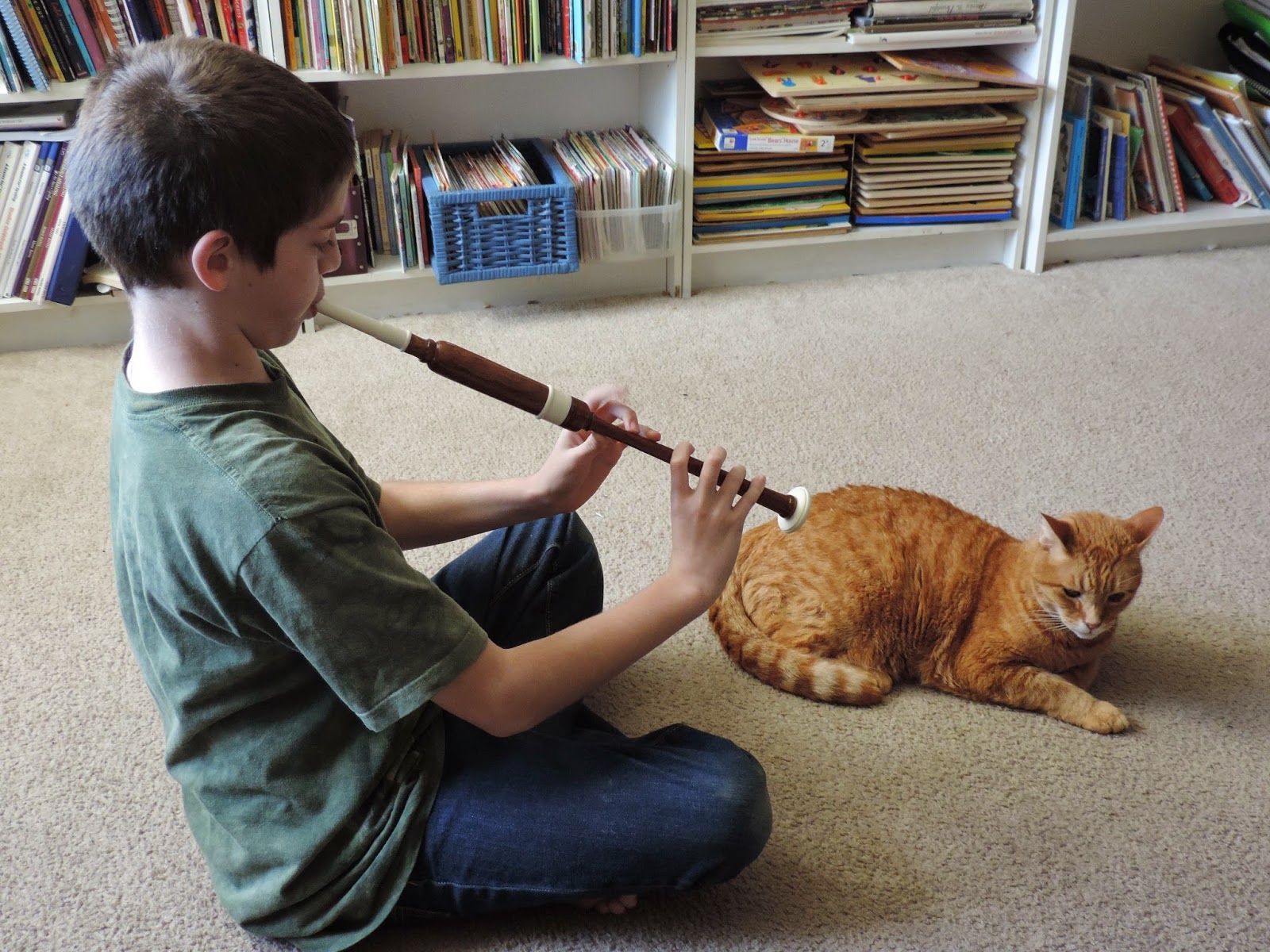 This resulted in mass hilarity, with each of us having a go at it. 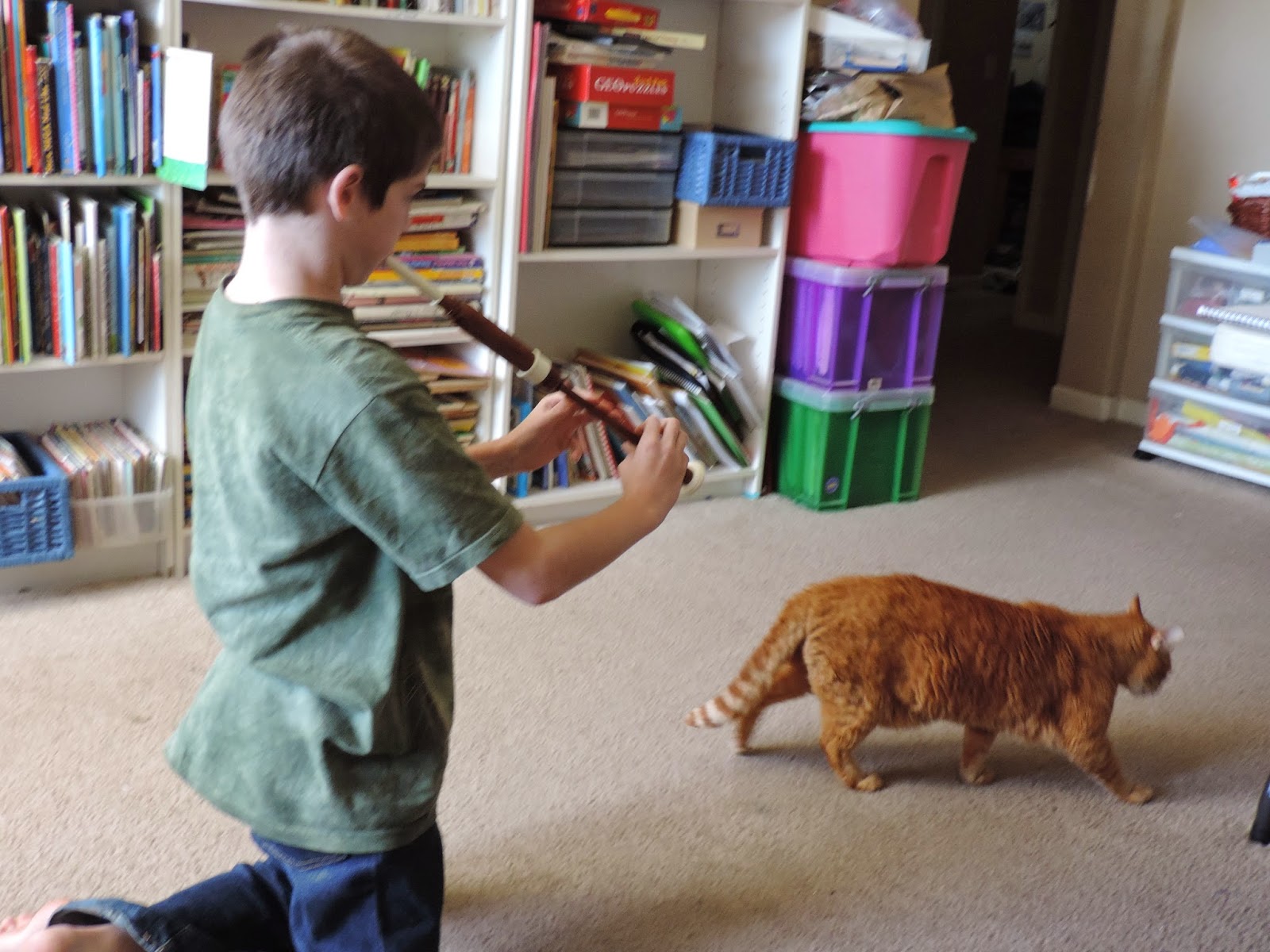 
I'm deeply grateful to In Freedom's Cause for inspiring us to pursue something new, but it wasn't until we watched the "behind the scenes" documentary of the making of In Freedom's Cause that we learned that the goat woo was a completely made up instrument!  I had wrongly assumed it was a reference for a sort of primitive bagpipe. 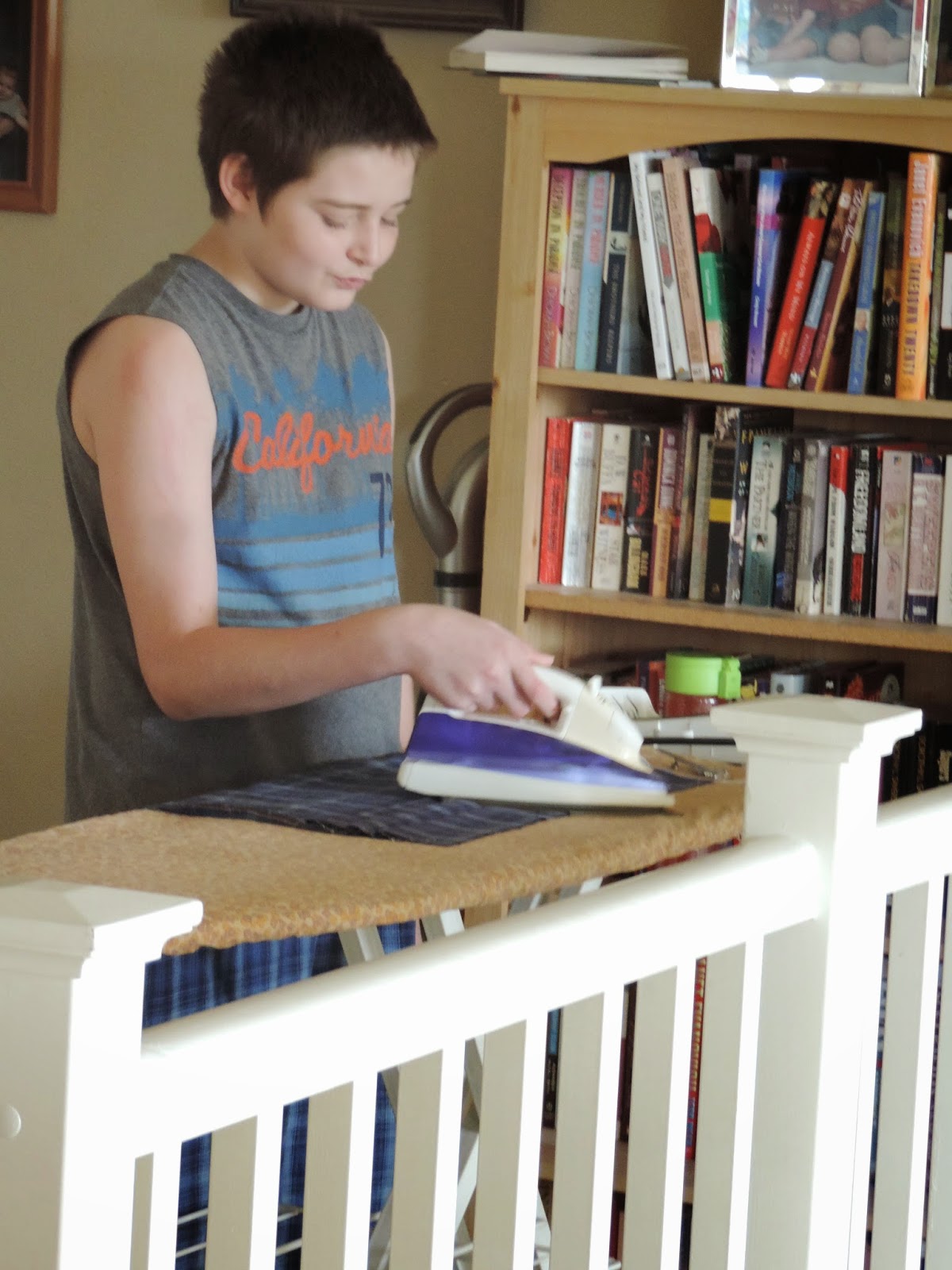 We decided it was time to dress up like a highlander again.  Eli ironed pleats during part of our listening times. 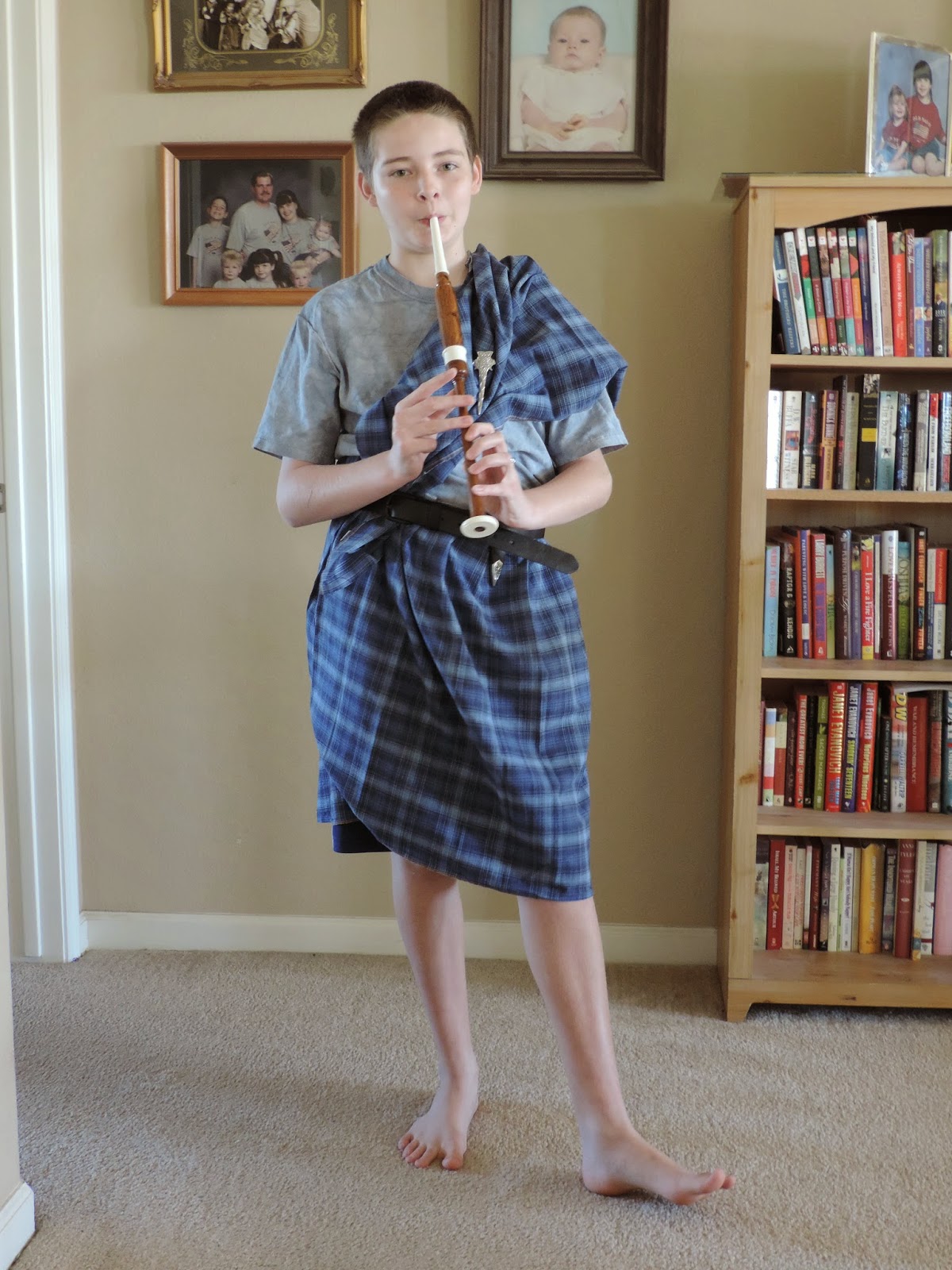 And here's our finished Scotsman! 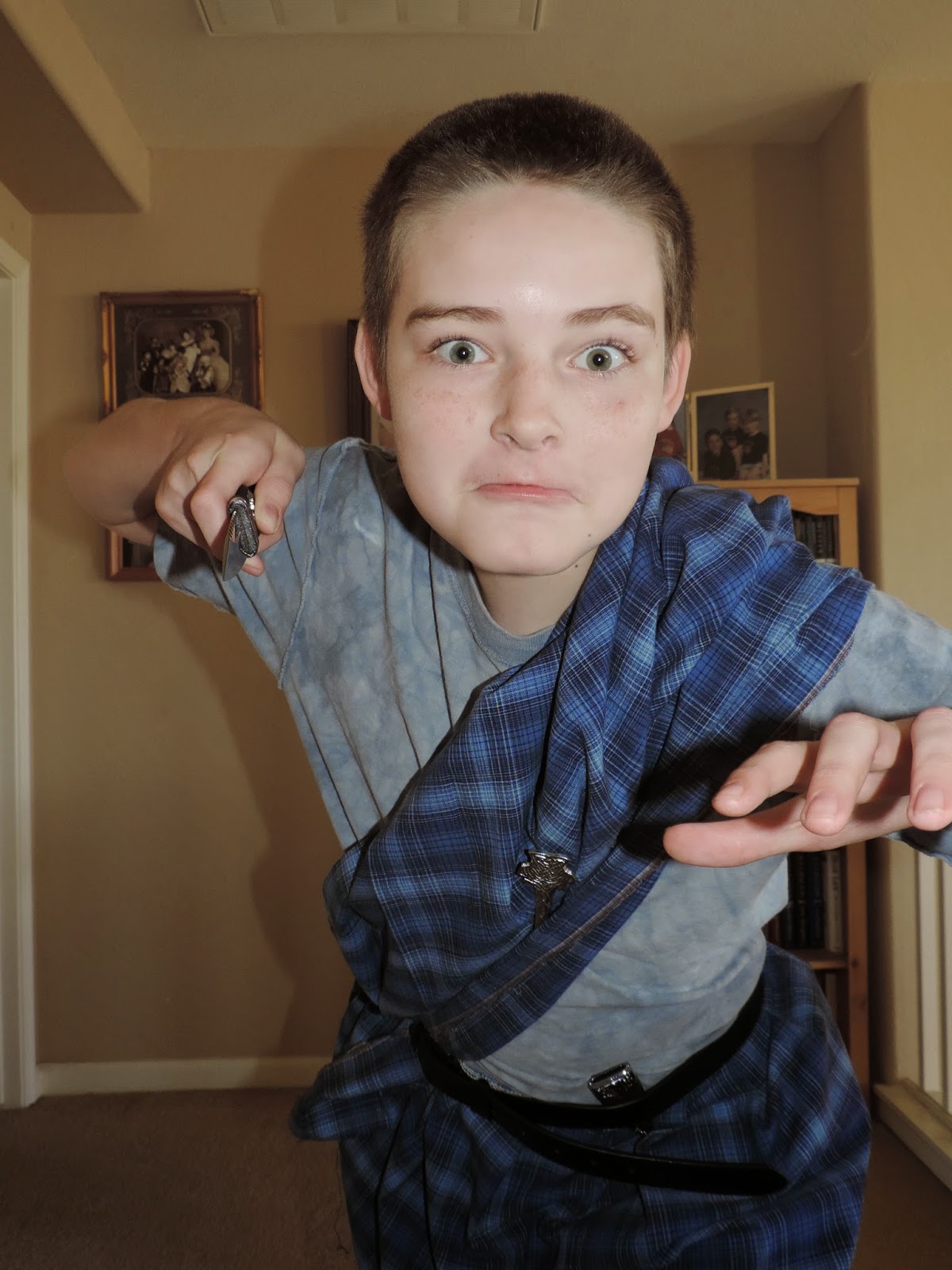 My very own fierce warrior. 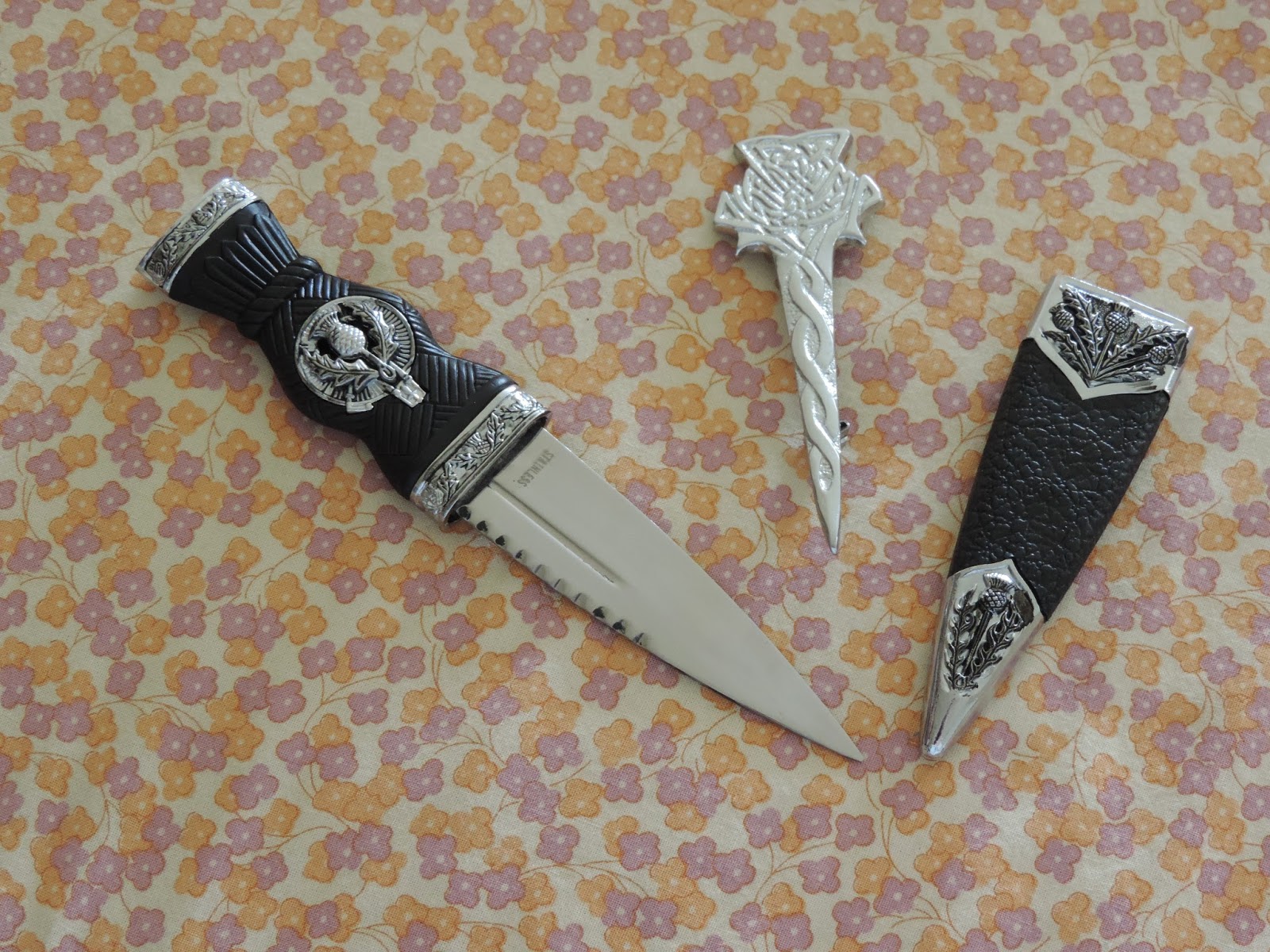 The boys were fascinated with the brooch and "sock knife" (or sgian dubh) that I added to the costume. 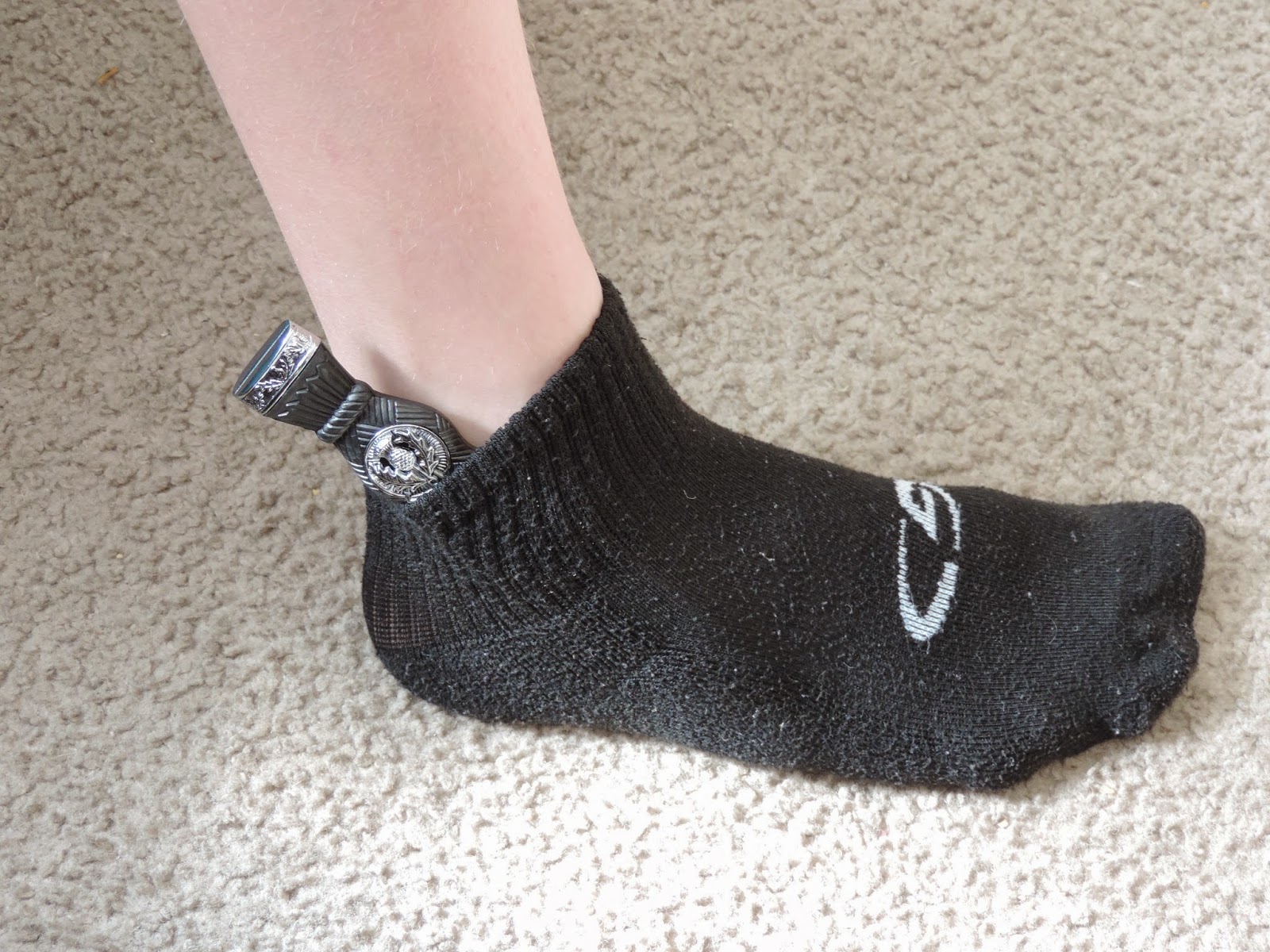 The little letter opener is about as far as you can get from the Wallace Sword, which we learned is over 5 feet long! 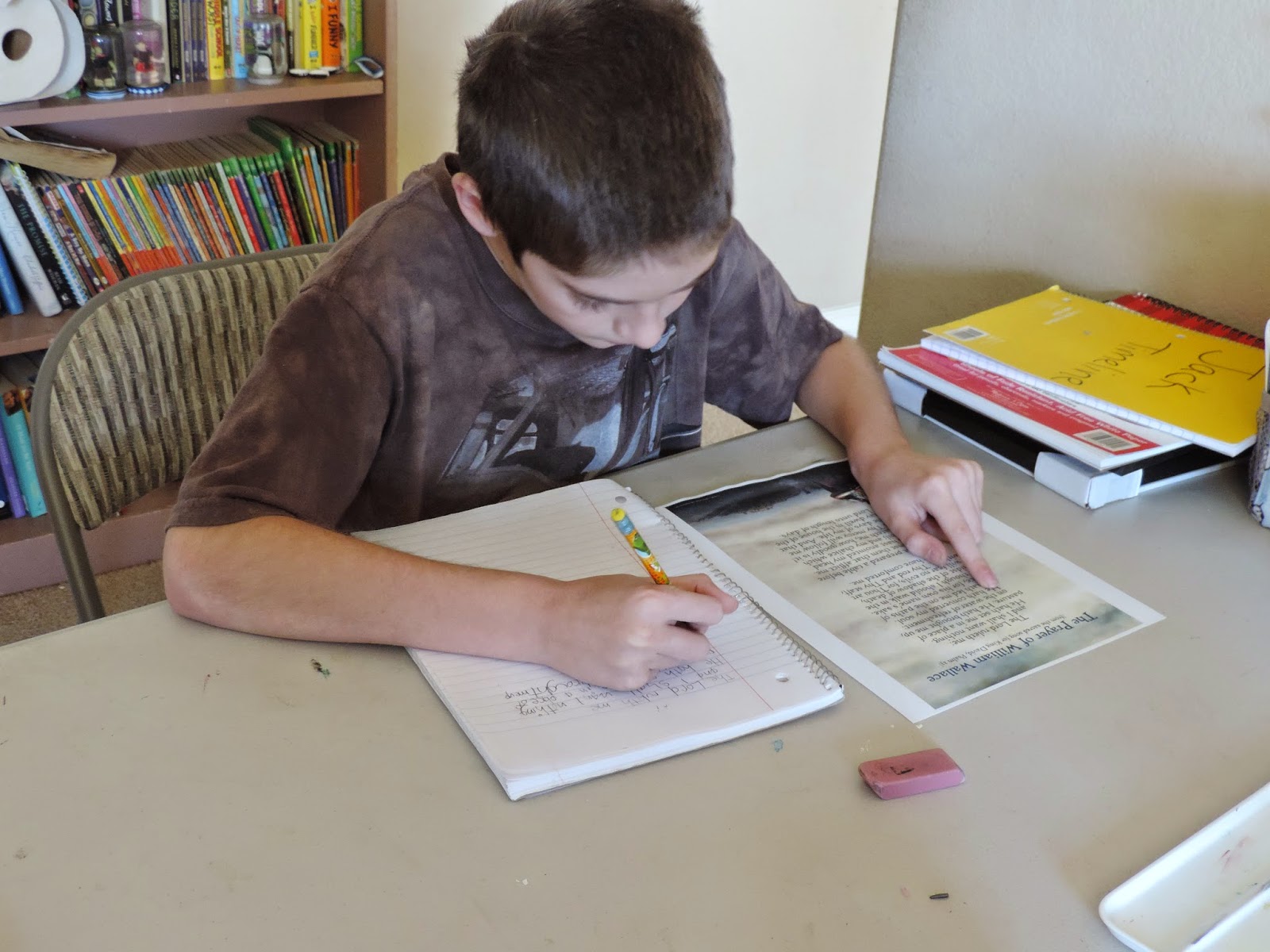 The printable prayer of William Wallace that we received made good handwriting practice for the boys, and was a nice way to wrap up, after we finished listening to the disks.

Having really enjoyed both Under Drake's Flag and In Freedom's Cause, I'm excited to announce that Heirloom Audio Productions is working on another exciting G.A. Henty story! 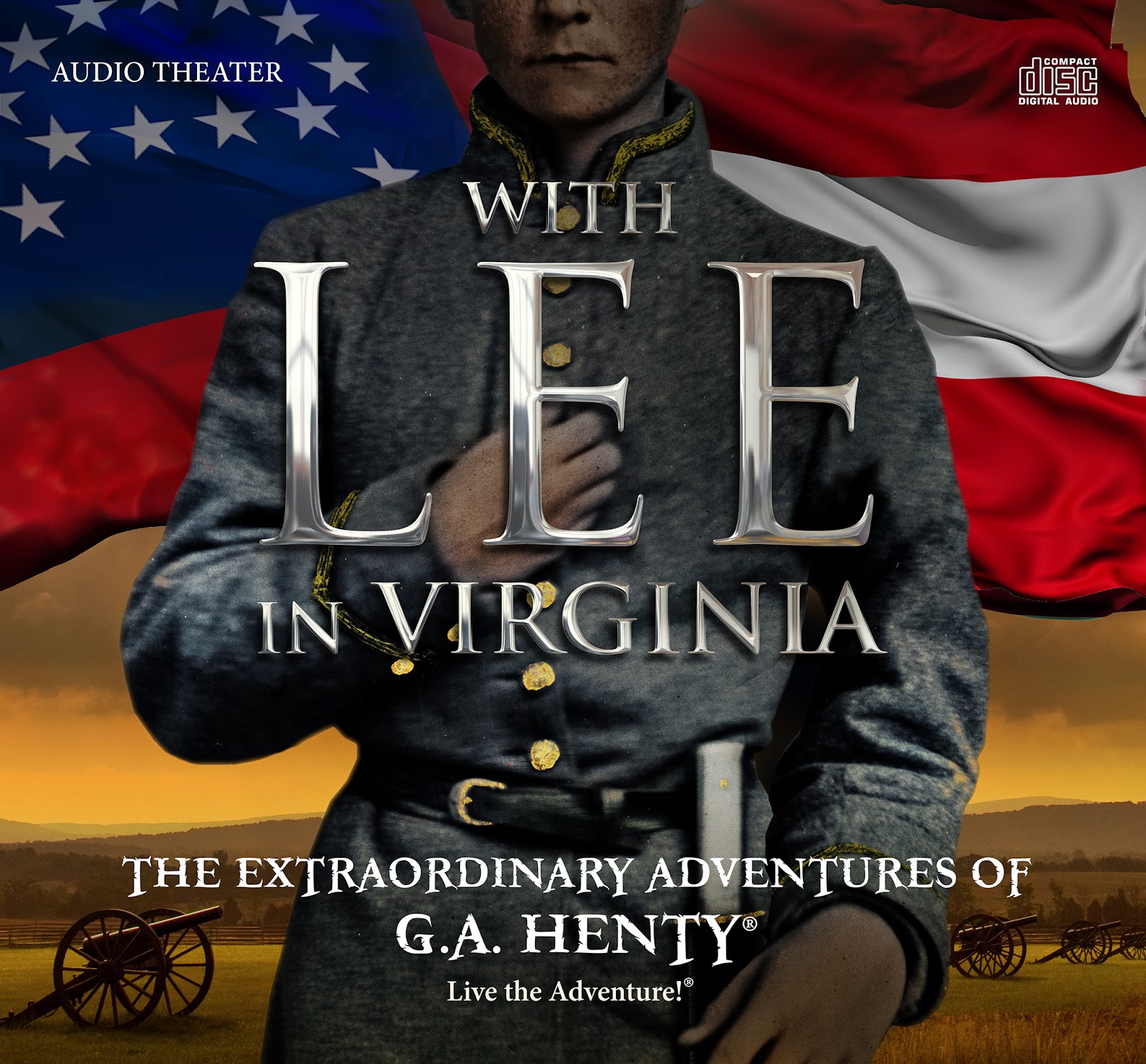 With Lee in Virginia is set to release around Memorial Day.  You can follow them on Facebook for updates.

You can connect with In Freedom's Cause on Facebook, Twitter, G+, and Pinterest.  Read what other Crew families had to say about this fabulous audio drama by clicking the box below: