Getting To Know Me 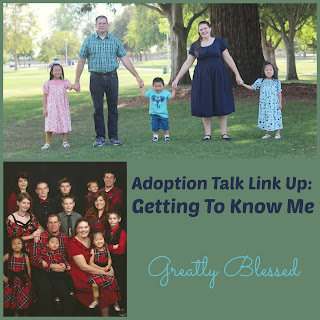 Longtime readers can totally skip this post!  Last year, I participated in an Adoption Talk Linkup, and the first topic for the new year is Getting To Know You.  So here goes.

I'm Shecki.  My husband Paul and I have 7 biological children.  In 2008, we decided to adopt.  Our youngest child was 4, and our oldest child would soon be leaving the nest. 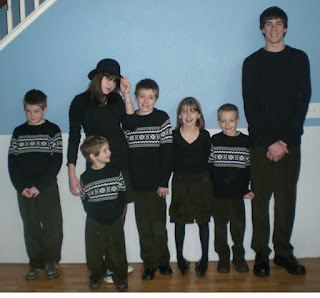 We went through the licensing process and became foster parents in April of 2009.  Then we waited.  This was right about the time our county laid off hundreds of social workers due to budget cuts.  Kids were only coming into care through drug raids or emergency rooms, because there was not enough staff to supervise new cases.

During our long wait, I started cruising the Heart Gallery websites, looking at waiting children in our state and other states.  One day, I found a link from one of those sites to a site called Rainbow Kids, which listed both domestic and international kids.  I plugged in our search criteria:  0-4 years girl.  Several children popped up.  One of them was this one: 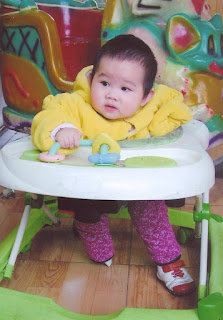 First picture we saw of Hannah

She was in China.  We'd have to re-do our homestudy, and come up with a huge amount of money.  She had special needs.  She spoke another language.  It was all a little scary.  But after talking it over with a few people, we decided to go for it. 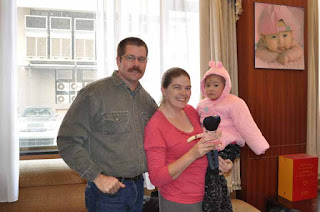 Hannah was 3 yrs 7 mos when we met her, and she is an amazing little girl.  The most resilient person I've ever met in my life.  She personifies "roll with it."

We arrived home in December 2010, and she had amputation surgery in February of 2011. 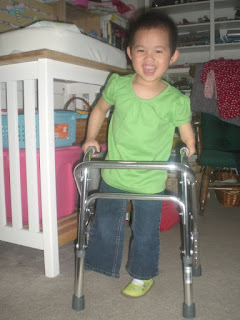 After surgery, she rocked the tiniest walker ever for 4 months until her new leg was finally ready.


This video was taken only 3 days after she got her prosthetic leg.  Once she got up and walking, nothing slowed her down.

Paul and I were starting to talk about another adoption, when someone from our agency emailed us out of the blue (we were not in process yet).  "I'm in China, and I think I just met your daughter.  Would you like to see a picture?"  That email was the start of our second adoption. 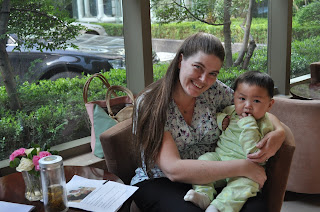 In hindsight, bringing home 2 non ambulatory children at once probably wasn't the greatest plan.  But what made things far more difficult was that Luke was profoundly delayed... and he wasn't catching up.

Katie went through serial casting to correct her club foot, and we had a prosthetic built for her other leg.  Soon, she, too, was up and walking like Hannah.


While Katie flourished, Luke continued to be a mystery.  He had more than 100 appointments with doctors, specialists, and therapists his first year home, but we didn't seem to be getting any closer to an answer.  And he had started having seizures.  Finally, after a year and a half of searching, we received a definitive genetic diagnosis.  It was devastating.  Luke will likely never walk or speak.  In addition to a serious form of epilepsy, he also has a degenerative condition.  In about a decade, he will begin to lose what few "skills" he has--eventually including the ability to swallow.

This was far more than the "simple outpatient procedure" we had expected him to need prior to the adoption.  This went miles beyond what we were approved for in our homestudy, or what we felt capable of taking on.  We made the painful decision to place Luke with a family better equipped to deal with his life-long challenges.  A family that would go into his adoption with full knowledge of his medical condition and prognosis.

We selected such a family for him, and after ICPC paperwork cleared, they came to get him in April of 2015.  4 months later, the attorney handling the adoption contacted me.  The other family did not want to complete the adoption.  The following week, Paul got on a plane and brought Luke back home.  I'd heard of failed adoptions (usually domestic newborn situations, or older kids from China that refused to leave their homeland), but I'd never heard of a "failed dissolution."  Yet here we were.

People have asked if I'm mad at China.  Not at all!  I love China, and had the honor of spending a week there in November, helping my agency advocate for kids who need families.  I still believe in adoption.  I'm grateful for my two beautiful, Chinese daughters, and I've learned a lot through our experiences with Luke.

In addition to being an adoptive mom... 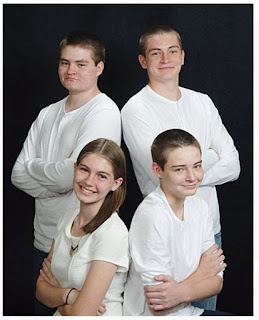 My 4 teenagers still at home keep me laughing (and driving!) and it's amazing to watch them turning into young adults.  My eldest son is married with a family of his own now.  And my adult daughter is currently living in Australia, which is pretty cool. 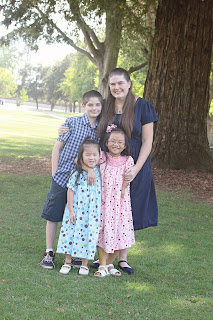 This picture is my homeschool class this year!  8:30-11:30 will usually find the 4 of us in our school room, learning together.  I also like to read, and blog, and I'm trying to carve out some time in the sewing room, to exercise my creative side a little more.

We're not the perfect, Happily Ever After, poster family for adoption, but we're living out adoptive parenting and advocating for the kids who still wait.  I would like to foster little ones at some point in the future, but right now, our home is full.