Our Half Week With A Birthday 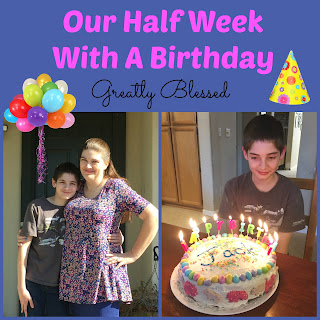 Not quite so picture heavy with only half a week!  We left for a quick trip to San Diego on Wednesday.  More about that later! 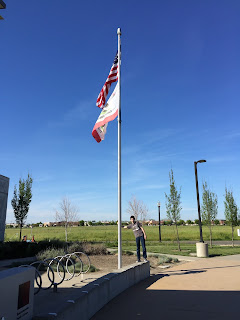 The weather was nice when we went to the library, so we stayed to play at the park for a while. 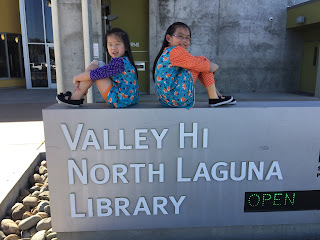 The one downside to online shopping is that sometimes I don't pay enough attention to fabric content.  These little fox dresses are cute, but they're an icky poly that sticks to itself, so they don't hang nicely.  Which means, the girls don't wear them very often.  I think I'm ready to put them in the donate pile. 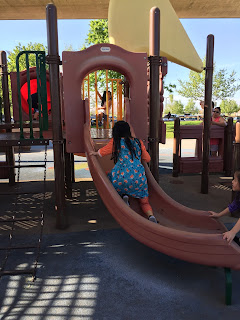 Hannah and Katie were both working on their climbing UP the slide skills. 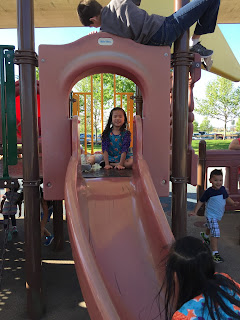 Unfortunately, the park was pretty crowded, so we ended up leaving after a rather short time. 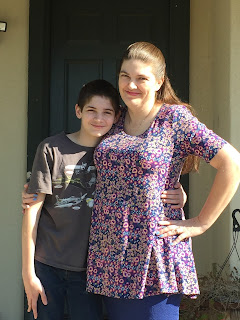 This guy?  Had a birthday!  I seriously cannot believe my 7th kid is a teenager.  That makes me sound older than I feel. 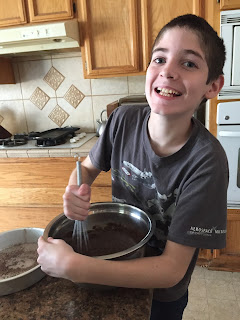 I asked if he wanted to pick out a store bought cake or whether he would prefer to bake and decorate a cake at home with me.  He picked making the cake. 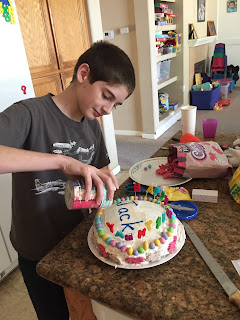 We had a great time picking out the stuff to put on it, baking it, and decorating it. 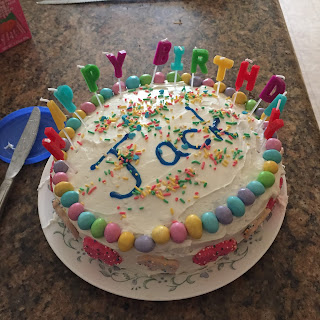 And HAPPY BIRTHDAY is exactly 13 letters, so these candles were perfect. 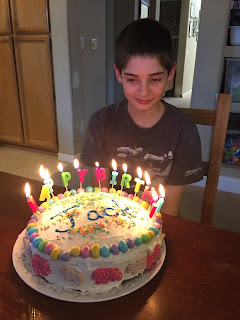 Happy birthday to my sweet boy.  The next year is going to bring so much growth and change.  A part of me is nostalgic for the fluffy toddler he used to be, but I'm also looking forward to seeing the young man he will become. 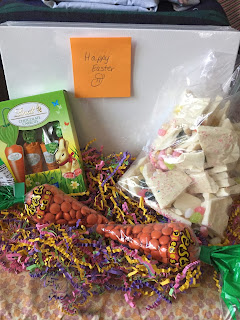 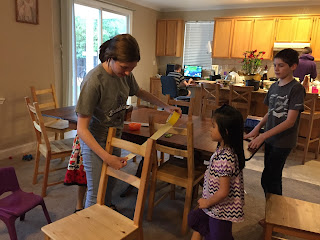 Brianna asked if she could do a homeschool science experiment with the kids.  Um, of course! 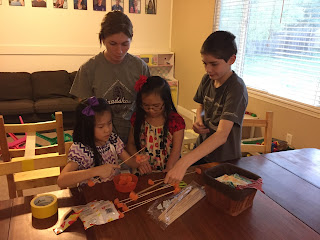 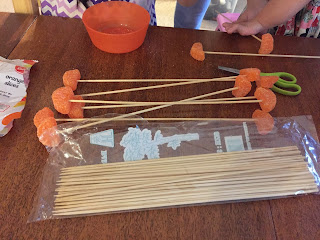 The kids were, of course, immediately interested in any science involving candy, and happily helped her stick the slices on the ends. 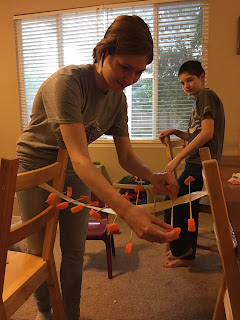 Once all the sticks were in place, a gentle tap on either end would set all the sticks moving in a pretty ripple.  It also worked to tap the center skewer and send waves outward in both directions.  Pretty cool!

I'll be sharing pictures from our San Diego trip soon.  This coming week is Spring Break for the high schoolers, plus Sam is home, so there will likely be next to no homeschooling going on here for at least the next week, possibly a little longer.