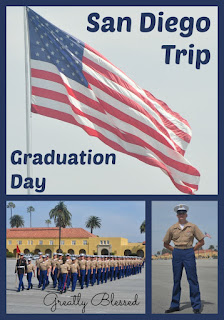 If you missed part one of our trip, you can read that here. 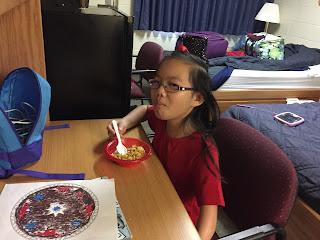 Graduation day!  We had decided the night before that we needed a little more sleep in the morning, so Paul went out and bought milk and cereal so we could do breakfast at the hotel instead of having to be out and about so early to catch the shuttle to the restaurant. 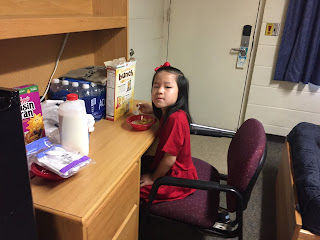 I appreciated the extra rest.  While the kids ate, I got stuff packed up so we could check out and load everything into the van before the graduation ceremony. 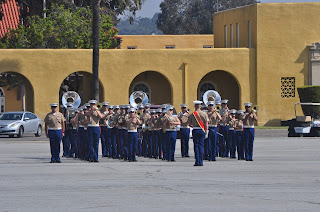 First, there was the colors ceremony, which was neat.  The band played, the most important dude on base said some words, and there were peeps from other branches of the military present.  I saw a girl in an Air Force uniform, which made me smile and think of Zach. 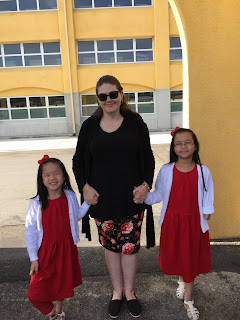 Brianna took this picture of Hannah and Katie and I between the color ceremony and the actual graduation. 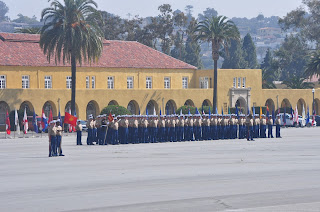 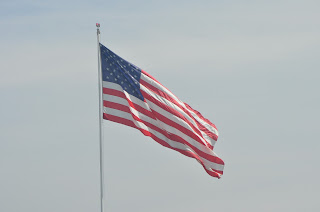 It was a moving and patriotic ceremony.  They kept it interesting, and Hannah followed along in the program with which part we were on. 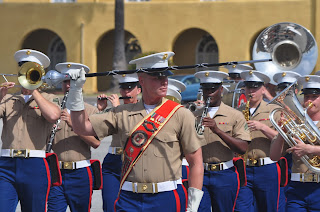 And then the band was on the move.  They paraded all 5 platoons past the bleachers, so the families could see everybody. 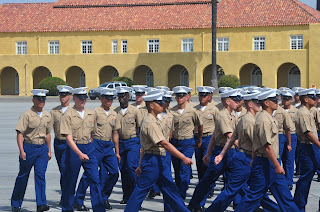 It's a giant game of Where's Waldo.  I shot a bunch of pictures when his platoon passed by, knowing that I'd have better luck "seeing" him sitting in front of my computer, going face by face, than trying to spot him in real time.  And I was right.  I caught several shots with him in them.

When the new Marines were dismissed, it was chaos.  The families mobbed the boys, and we were caught up in a tide of humanity as they herded everyone from the parade deck area.  We didn't actually catch up with Sam until over by the barracks. 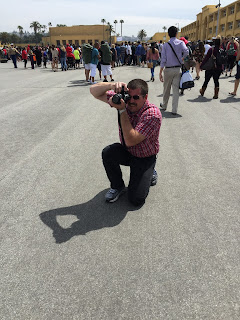 Paul asked if he could get a quick picture. 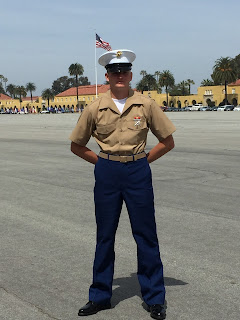 So of course, I stepped behind him and took one, too. 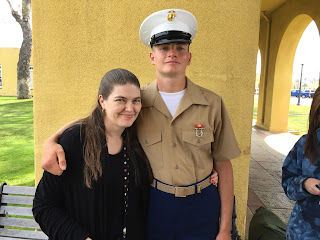 My boy!  I'm so so so proud of him.  And see that shiny medal?  Expert marksman.  He gets 10 days leave to visit home, then he's off to more training.