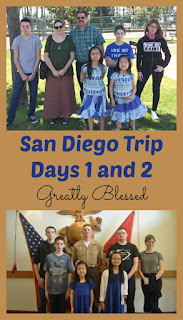 If you're new here, my son, Sam, left for boot camp in January.  It's been a long 13 weeks for my mama heart, and probably just as long a 13 weeks for my new Marine, but it's finally over! 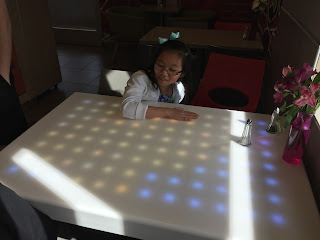 Day one was a travel day.  Our family was up early and out the door at 5 a.m. to make the long drive from Northern California to San Diego.  We stopped on the way for breakfast at a McD's with the cool light up tables. 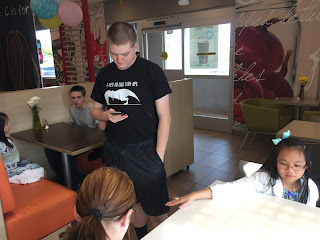 When we stopped at the same place on the way home, the power went out, leaving us to eat dinner with 10% lights and the constant beeping of the alarm system. 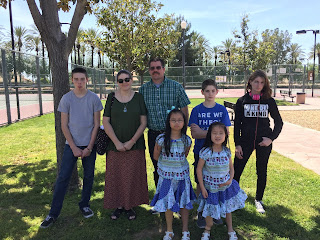 Group photo by Josiah, who would rather be behind the camera. 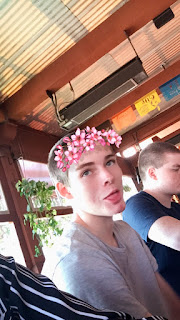 After we got to San Diego and got checked in to our rooms (4 of them!), we went out to dinner. 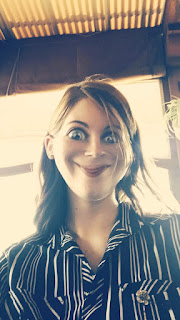 Someone played with the Snapchat filters on my phone. 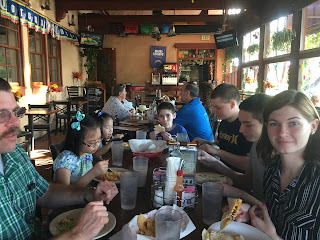 Another someone spilled a huge glass of chocolate milk a moment after the waitress delivered it. 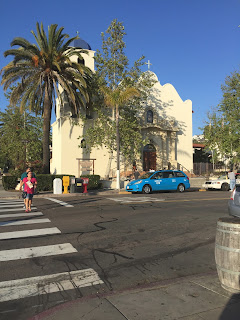 But the food was good, and afterwards we wandered around for a little bit, enjoying the pretty architecture and historic sites. 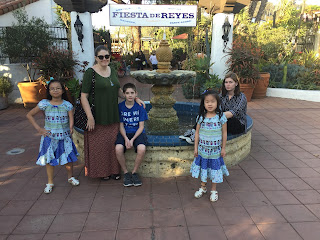 It was nice to be out of the car after more than 7 hours drive time, not counting stops. 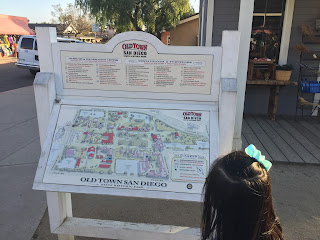 I wish I could say we had an educational field trip that evening, and the kids learned a great deal about life in Old Town San Diego... 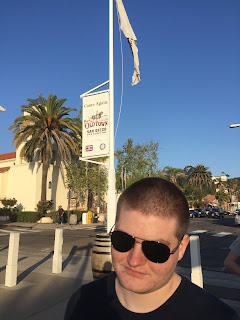 ...but certain people were starting to get cranky, so we pretty much just walked in a big loop and left.  It looked like a really neat place to explore when you're in the right frame of mind, though! 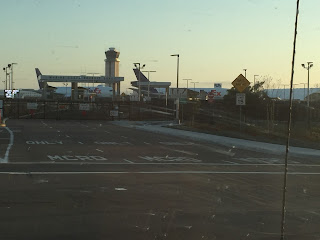 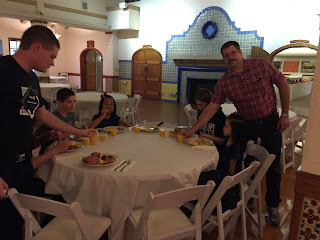 The next morning we were up super early for Family Day.  We were the first ones on the shuttle, and the first ones to get to the restaurant for breakfast. 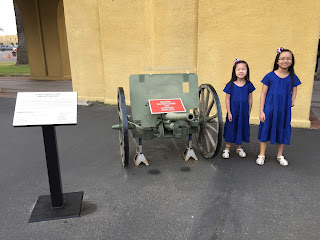 Having a little extra time after breakfast, we got to wander around a bit and take some pictures. 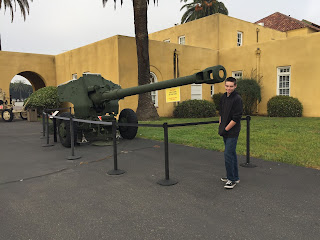 I liked the palm trees and the walkways lined in arches.  The boys liked the guns. 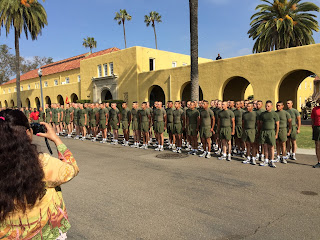 Then it was time for the ultimate game of Where's Waldo.  This is Sam's company at the Moto Run.  There were 5 companies, with a total of over 400 graduates.  They're all dressed exactly alike, they all have the same haircut, and they all move the same. 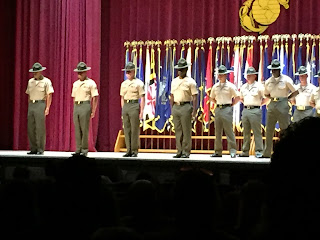 These are the drill instructors that turned these boys into Marines.

One other cool thing we got to see was a naturalization ceremony.  13 new Marines, young men from around the world, took the Oath of Citizenship in front of us.  It was really moving, especially since there was no ceremony of any sort when Hannah and Katie became citizens.  I wish they were old enough to have understood what they were seeing.  It was an honor to witness their special day. 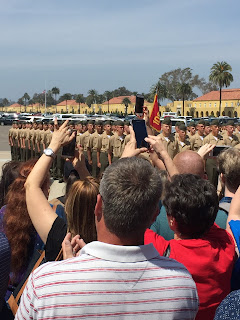 This time, I caught a glimpse of him, but when they dropped the ropes and let us dash for them, I lost him in the crowd.  I liked it better the way the Air Force did it 7 years ago when we went to Zach's BMT graduation.  The Airmen have to stand at parade rest until their people come up and touch them. 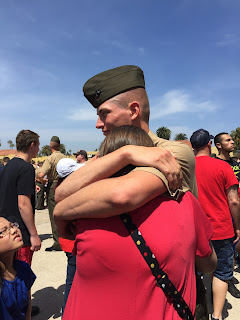 There he is!  He's pretty sure he grew about an inch while he was there.  Plus the heeled shoes make him even taller. 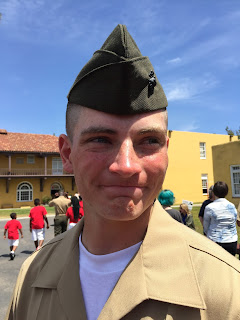 There's my boy!  I've missed him so much.  It was not easier this time around, despite having gone through boot camp with Zach and Josiah before. 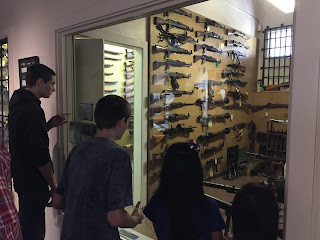 We wandered around the museum on base for a while.  Again, the boys liked seeing all the guns.  There were lots of other neat things on display, too, though, including an exhibit about the Navajo Code Talkers, which have always fascinated me. 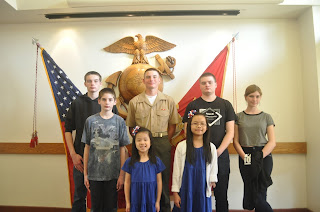 My heart is so full. 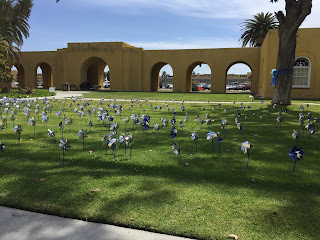 This was our pretty view during lunch.  The pinwheels merrily spinning in the light warm breeze. 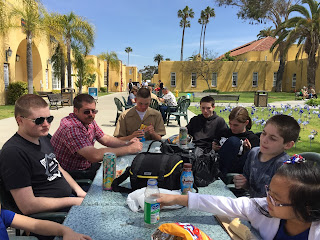 Lunch was sandwiches and chips from the store on base, since the boys can't leave base on family day. 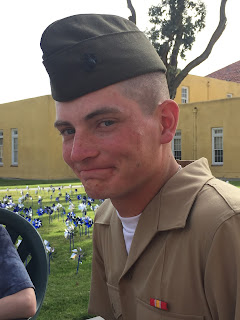 It made me so happy to watch him eat, and to sit and chat with him, and hear his stories. 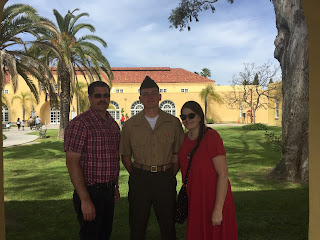 Pretty soon, it was time for him to get back to his barracks, and for us to go chill out, too.  The girls were tired from spending much of the day walking, and I was tired from being up early two days in a row, and sharing a room with Katie, who moved all night long (the beds were pretty hard).

We ended up snacking out of our car trip bag for dinner that night.  Graduation day post coming soon.