Our Week after Mother's Day 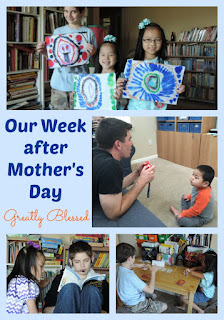 Since I managed to get last week's Our Week post published on time, this week starts with Mother's Day.  I've already shared some of the Out Takes with you. 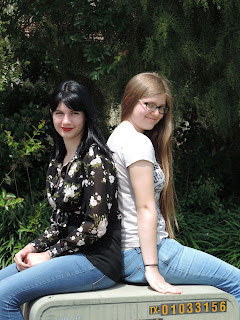 These guys.  They make me smile. 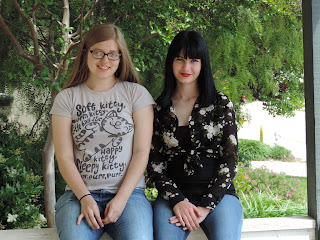 Even though one is homeschooled and one is not, they spend most weekends together.  (I am thrilled that Abby has her license now, and simply shows up!) 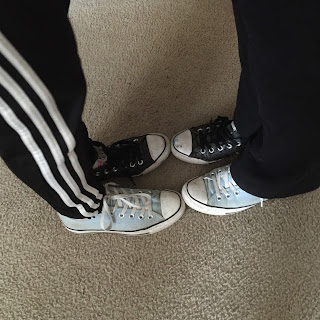 I kind of miss the days of sharing clothes and shoes with a best friend.  It's fun to watch them so enjoying life. 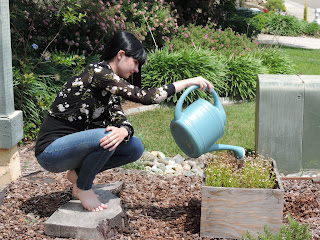 Our study of botany for science this semester has kept me more aware of the plants in the front yard, but I'm not the greatest of gardeners, and some of them look rather pathetic.  I did take the kids out to pull weeds when we were learning about root systems, though, and ended up getting out the loppers and to take care of some unwanted tree runners and some vicious and aggressive weeds, so I'm feeling pretty good about that. 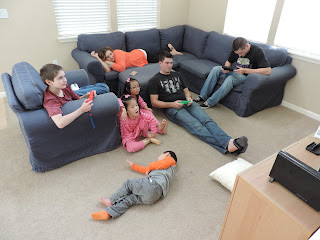 Mother's Day was pretty low key.  We went to church, came home and had lunch, and Zach, Heather and Brayden came over in the afternoon. 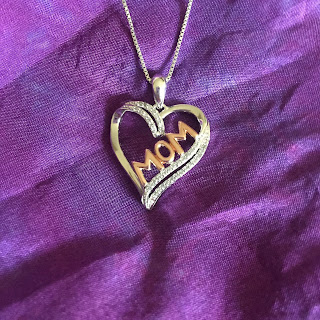 Sam teamed up with Zach and Heather this year to get me a beautiful MOM necklace.  I just love it! 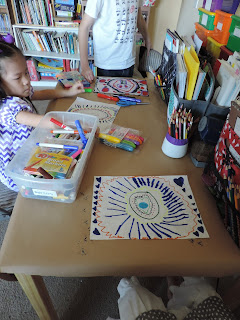 I can't remember what project I bought this color diffusing paper for, but I decided it was high time we open it up and try it out. 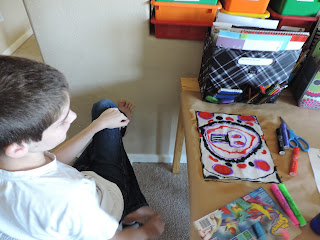 We drew with markers and then spritzed it with water.  The color started to creep outward. 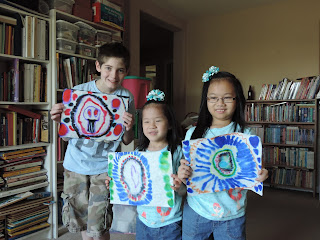 The results were "eh" in my opinion.  I think we'll get out the liquid watercolors and the plastic droppers and see what sort of results we get from that. 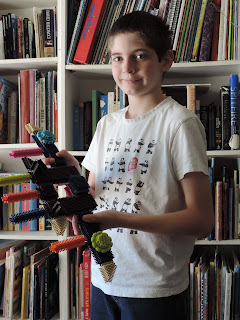 Jack was building with the Bristle Blocks.  I'm told this is a P-38. 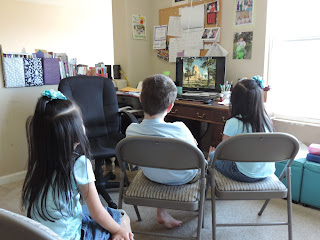 So, this is a cool thing.  DVD postcard.  Yeah.  Buddy and Grandpa Gino went to Bryce Canyon National Park in Utah and sent all the kids regular postcards, which I thought was awfully nice of them, but then a few days later, the DVD postcard showed up, which is even cooler! 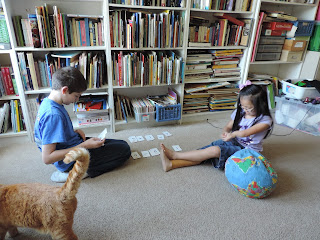 New things to review arrived this week, including this card game, a headset, and a new handwriting book. 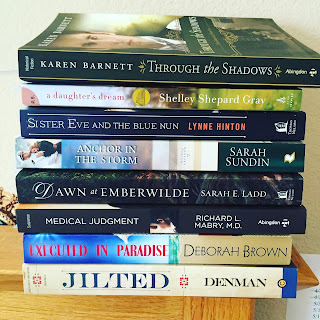 Speaking of reviews, my bedside table is sporting quite the pile of things to read and share with you over the next couple of months!  I actually finished the top two this week. 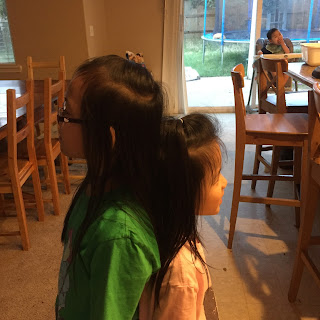 For there being more than 3 years difference between Hannah and Katie, they're not very far apart in size!  Often clothes migrate directly from "too small for Hannah" to "perfect for Katie."  Katie can wear the summer things Hannah wore last year. 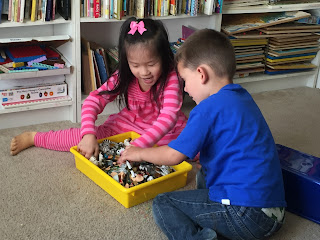 Katie loves it when Brayden comes over to play!  We don't see them as often now that they're living on base, and I know she really misses him. 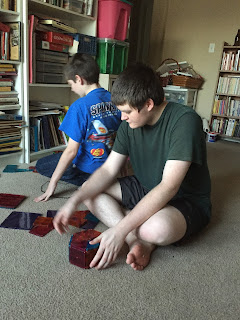 The Magna-Tiles continue to be very popular around here.  I find it amusing that when I leave "little kid toys" out and accessible, the older kids end up playing with them.  Like the Lauri Stacking Pegs?  Box says ages 2+.  Jack played with those things for months, at ages 10 and 11. 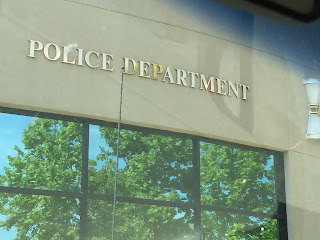 We stopped at the Police Station yesterday!  No, not a dossier document.  They do a safety camp for incoming kindergartners one week in June.  Because of Katie's last Sept. birthday, she qualifies.  Brianna will be volunteering as a teen helper to get a jump on her community service hours for next year. 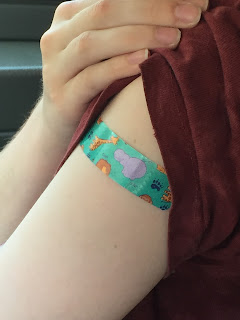 Jack Jack had a checkup this week!  He hadn't been seen in a while, so he got a couple of shots while we were there.  He was not very happy about that, but he did really well with the actual poke part.

Due to appointments in our morning school time two days this week, we didn't get as much school work done as I would have liked, but we're still plugging away at it.  We'll have to work hard to squish almost 4 weeks of social studies and science into a little less than 3 weeks of school, but I still think we can make it in those areas.  Spelling, we aren't going to finish on time because of the chunk of time we took off to really focus on LOE Essentials earlier in the year.  Math, Hannah already finished her book for this year and started next year's book, and Jack will finish his math book this week.  Katie will continue to work on Math and Spelling during the summer, since we've taken a very relaxed approach to kindergarten.