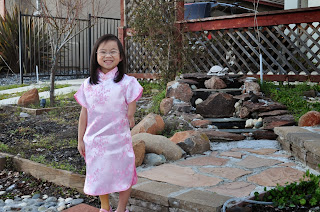 January brought our Log In Date, or LID for Katie and Luke's adoption.  Hannah was measured for her wheelchair in January as well. 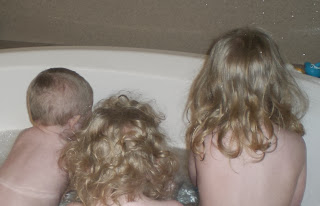 February brought us 3 new children for 2 months!  We hosted them with Safe Families.  I have a photo collage hanging over my desk of our 7 Safe Families kids that passed through our home between Sept. 2012 and April 2013.

We celebrated Chinese New Year and 3 birthdays in February, as well. 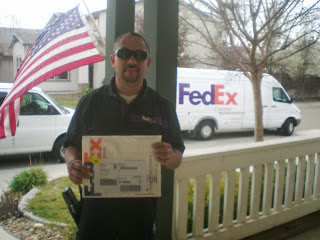 March brought our Letters of Approval (LOA) for both Katie and Luke from China.  And at the very end of March, we had Easter. 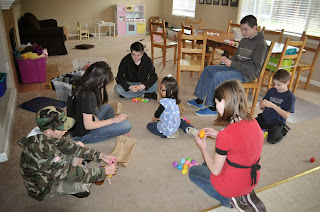 Only, in all my underachieving glory, our egg hunt didn't happen until April.

April was our anniversary, senior prom for Annaliese as well as 2 more birthdays in our house.  And we got an update on Katie. 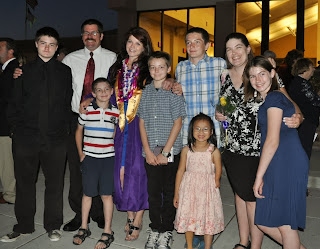 May brought graduation, Mother's Day, and the county fair.  Oh, and TA, or Travel Approval from China for Katie and Luke! 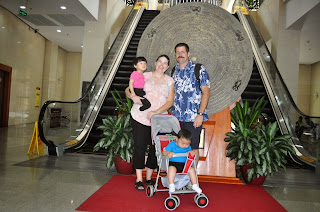 June was largely taken up with travel to China.  Meeting Luke and then Katie and seeing the sights was amazing and exhausting.  I came home sick, so the remainder of June was a little bit of a blur. 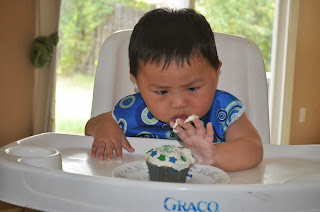 July was full of summer camp, VBS, a visit from Grammy, and 14 medical/dental appointments.  Annaliese moved to Santa Rosa in July, and we also had Luke's birthday.  Hannah started school in July. 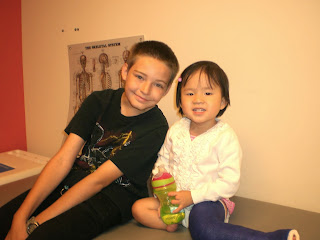 August only had 10 medical/therapy appointments, and was when we started getting our feet underneath us.  Katie went through serial casting for her clubfoot, and the process of getting her prosthetic made for the other leg.  Luke had more evaluations and tests and began therapy.

We also went out of town a couple days for a funeral.  Sam started school in August and we began our homeschool year then. 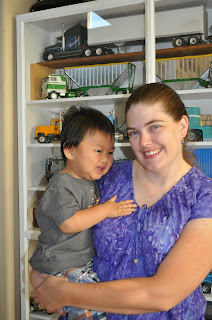 September found us hitting our groove, homeschool wise.  We celebrated Moon Festival.  We had 14 therapy/medical appointments.  (The photo above was taken on the way out the door to Luke's MRI.)  It was also Zachary's and then Katie's birthday month.  She got her new leg and took her first steps. 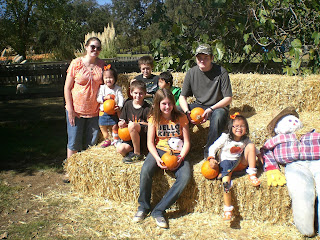 October was the start of fall weather, trips to the pumpkin patch, art lessons, and 19 medical/dental/therapy appointments.  We also had a fun field trip to Chik Fil A.  October was also the month I put the finishing touches on the panda room, Katie and Luke's shared bedroom.  Zachary moved back to California in October, too. 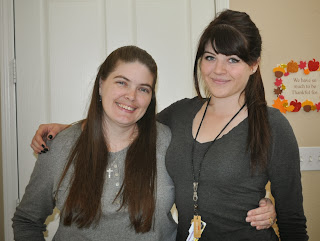 November was family pictures, and Thanksgiving, of course.  With most of the therapists taking Thanksgiving week off, we had only 12 medical/dental/therapy appointments. 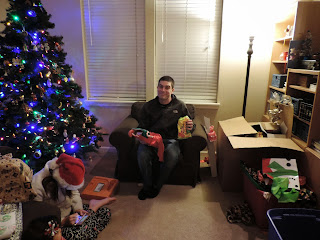 December brought another 12 medical and therapy appointments.  I suddenly realized how many reviews I'd been doing.  December was also Christmas, which was actually quiet and peaceful.  Not words I'd expect to use to describe having all 10 kids home.  We celebrated with our traditions and made new memories.

2013 started with excitement and anticipation for me, and ended with disappointment and depression.  It can only go up from here.